HARROWING footage shows how hero neighbours climbed a 23ft-high drain pipe to save three young children from a raging fire after they were left home alone.

Three men scaled up the piping of a Russian building block, passing down a girl and two boys one at a time from the window of their burning third floor flat. 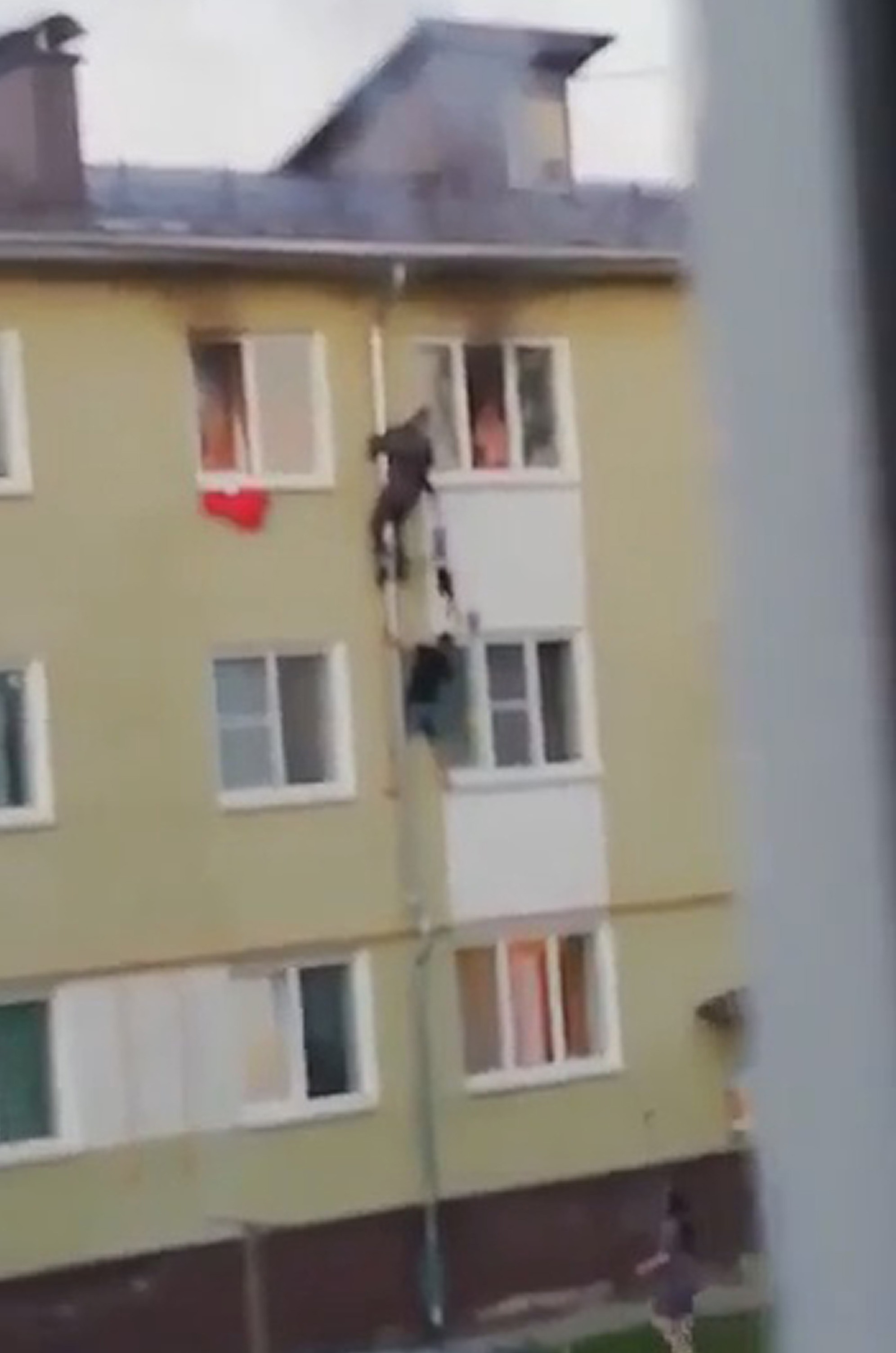 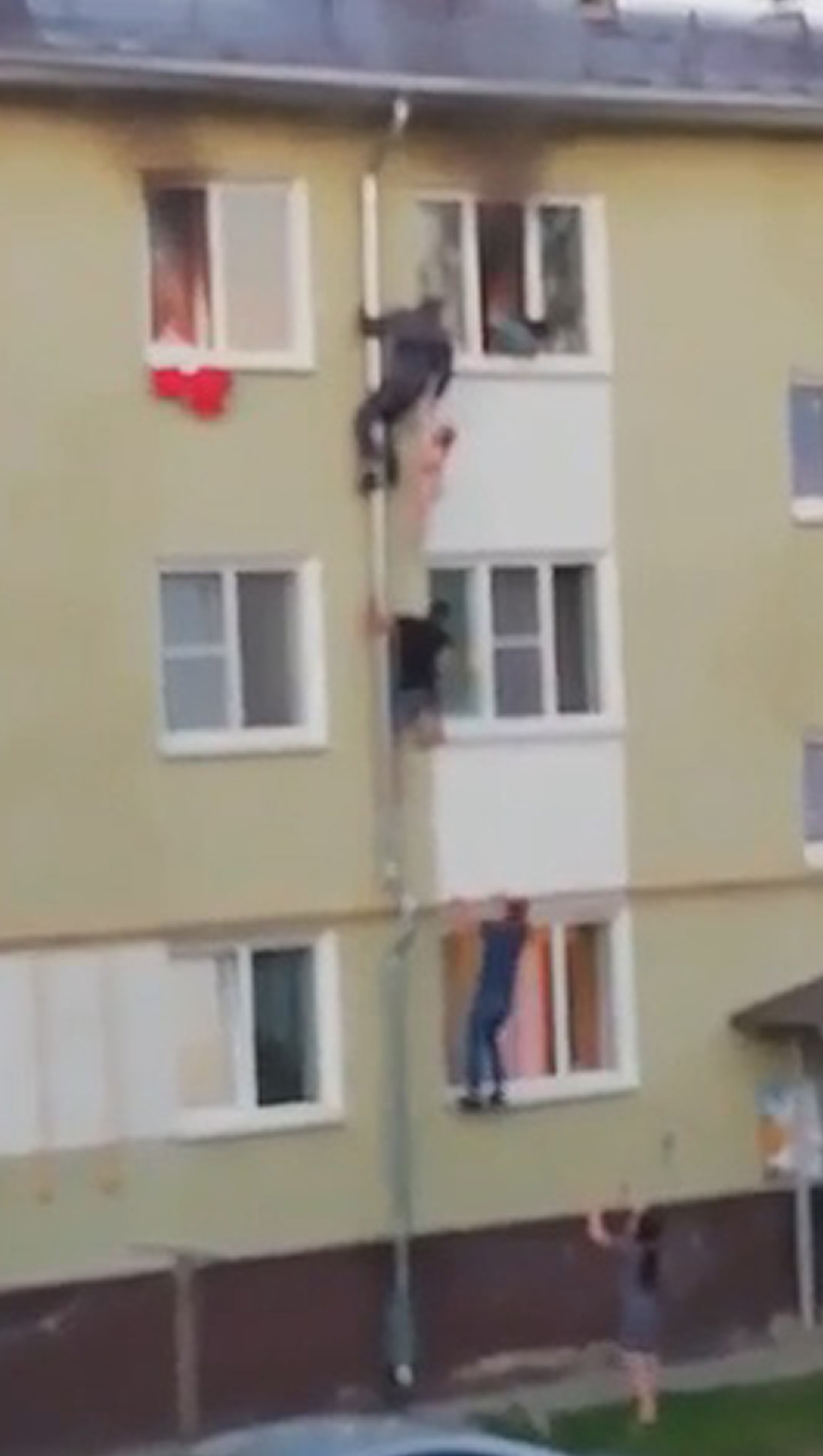 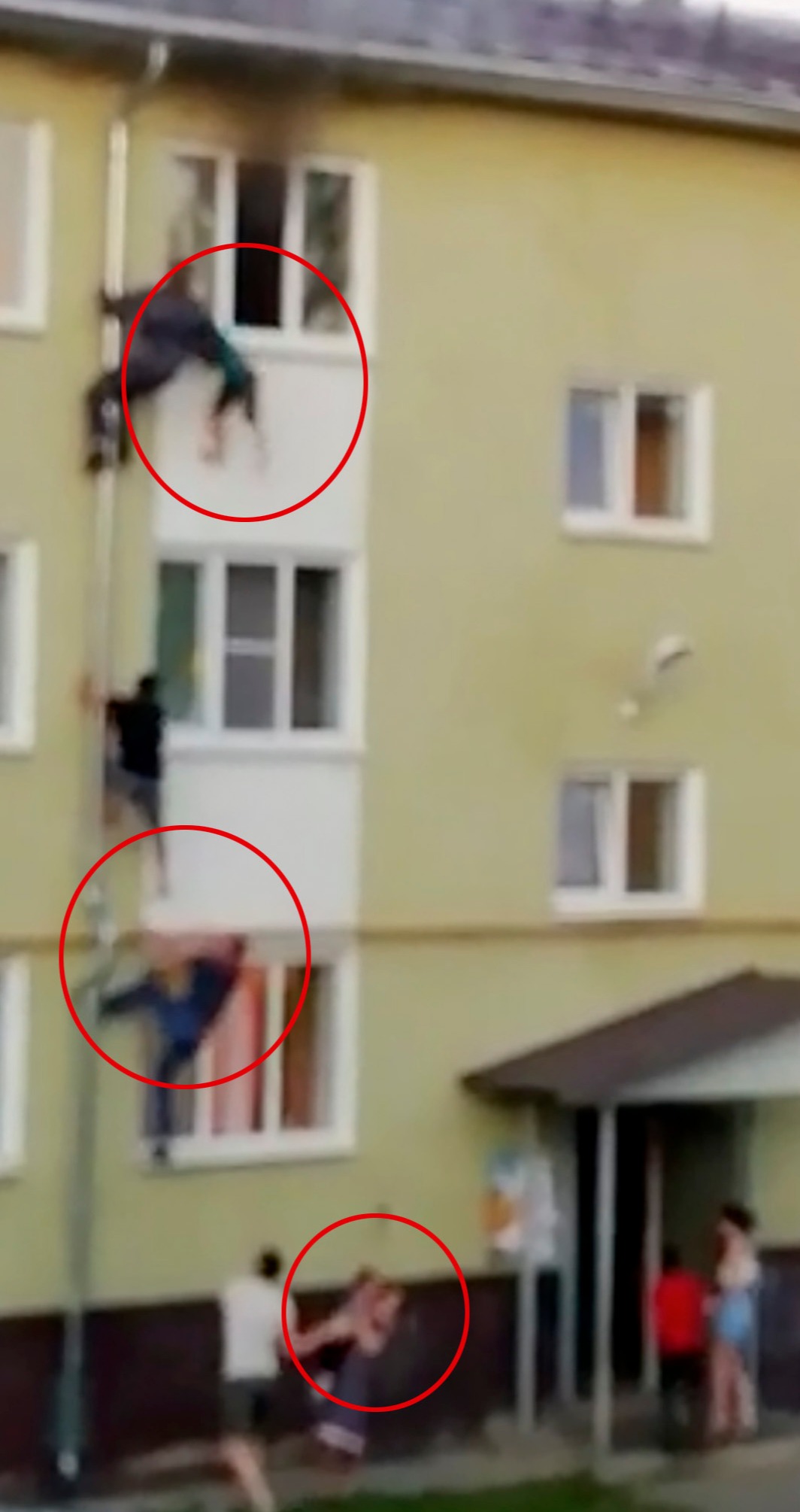 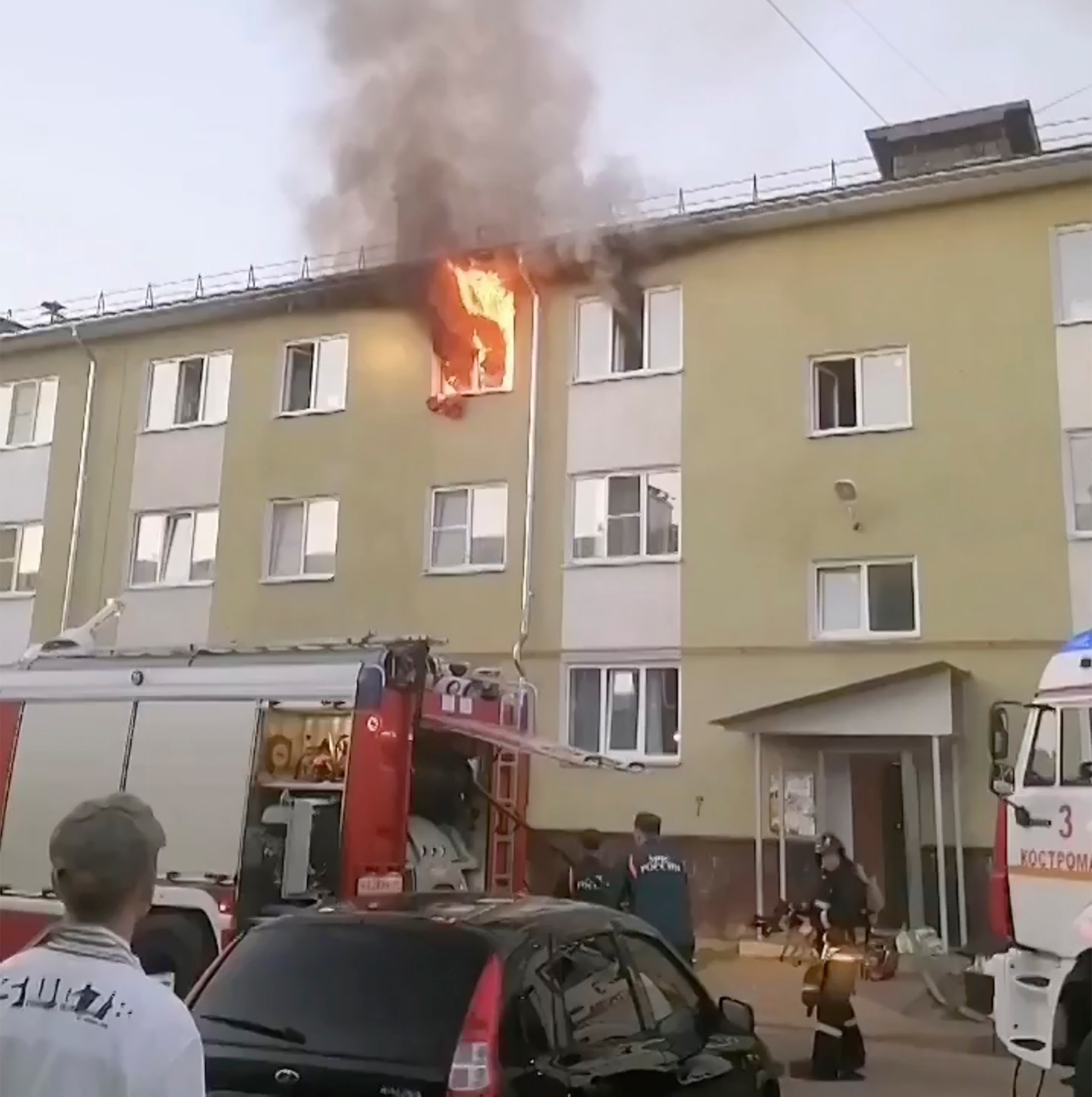 Locked inside, the children aged ten and under were ready to jump from the window when the men climbed up the drain to save them.

A fourth man on the ground grabbed them as they were passed down.

The man who plucked the children from the window was named as Stanislav Smirnov, 40.

He passed them down to Dhamal Gassoyan, 35, who said: “I saw the kids were getting ready to jump.

“We climbed up the drainpipe and got them out, in turn.

"Then I saw a cat left in the flat. So I climbed back to rescue the cat.”

The children left in the apartment in Russia's Kostroma Oblast “were all in tears" and said to have suffered from minor burns.

The third man clinging to the drain was Ivan Potyomin, 35. 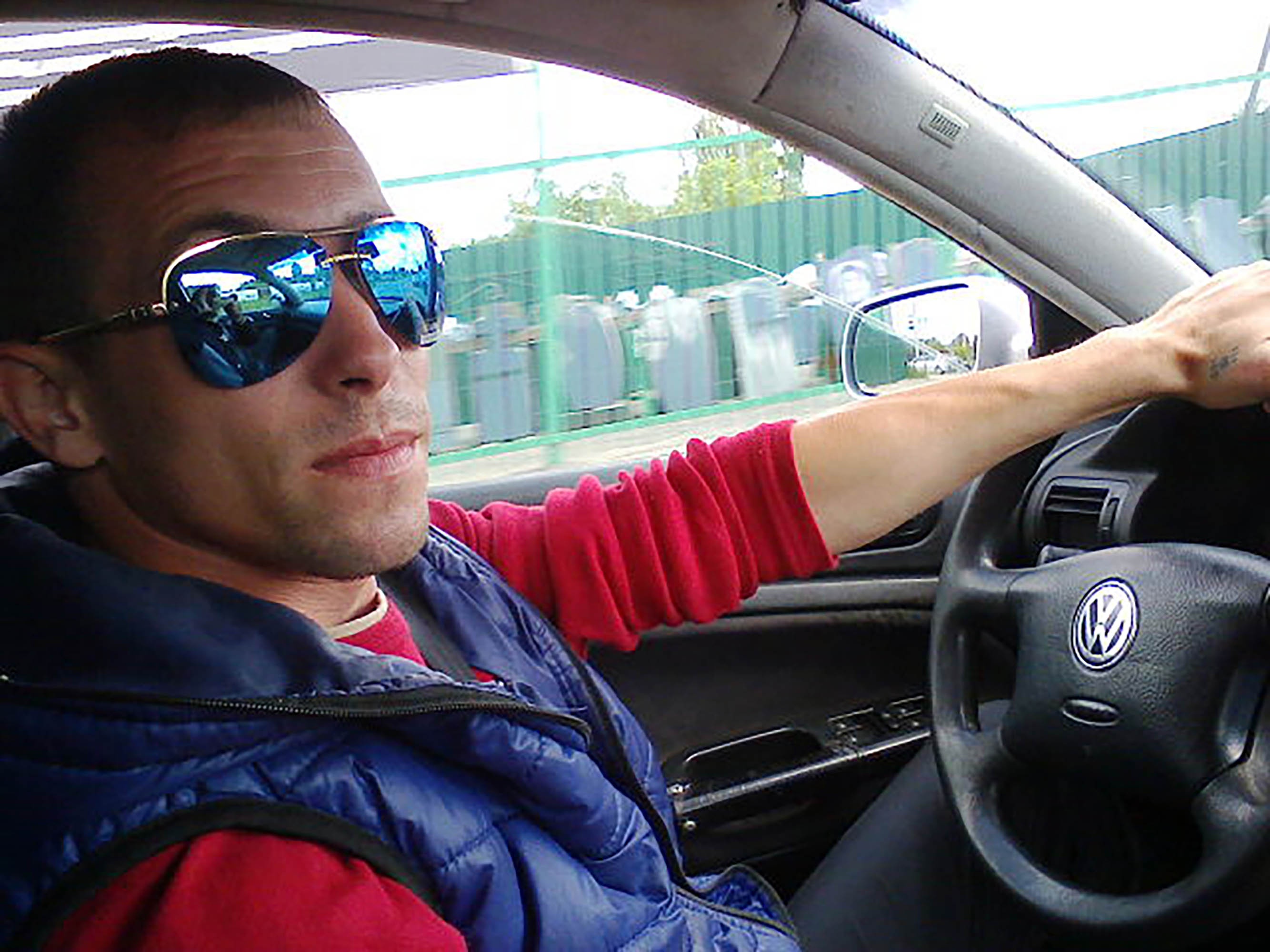 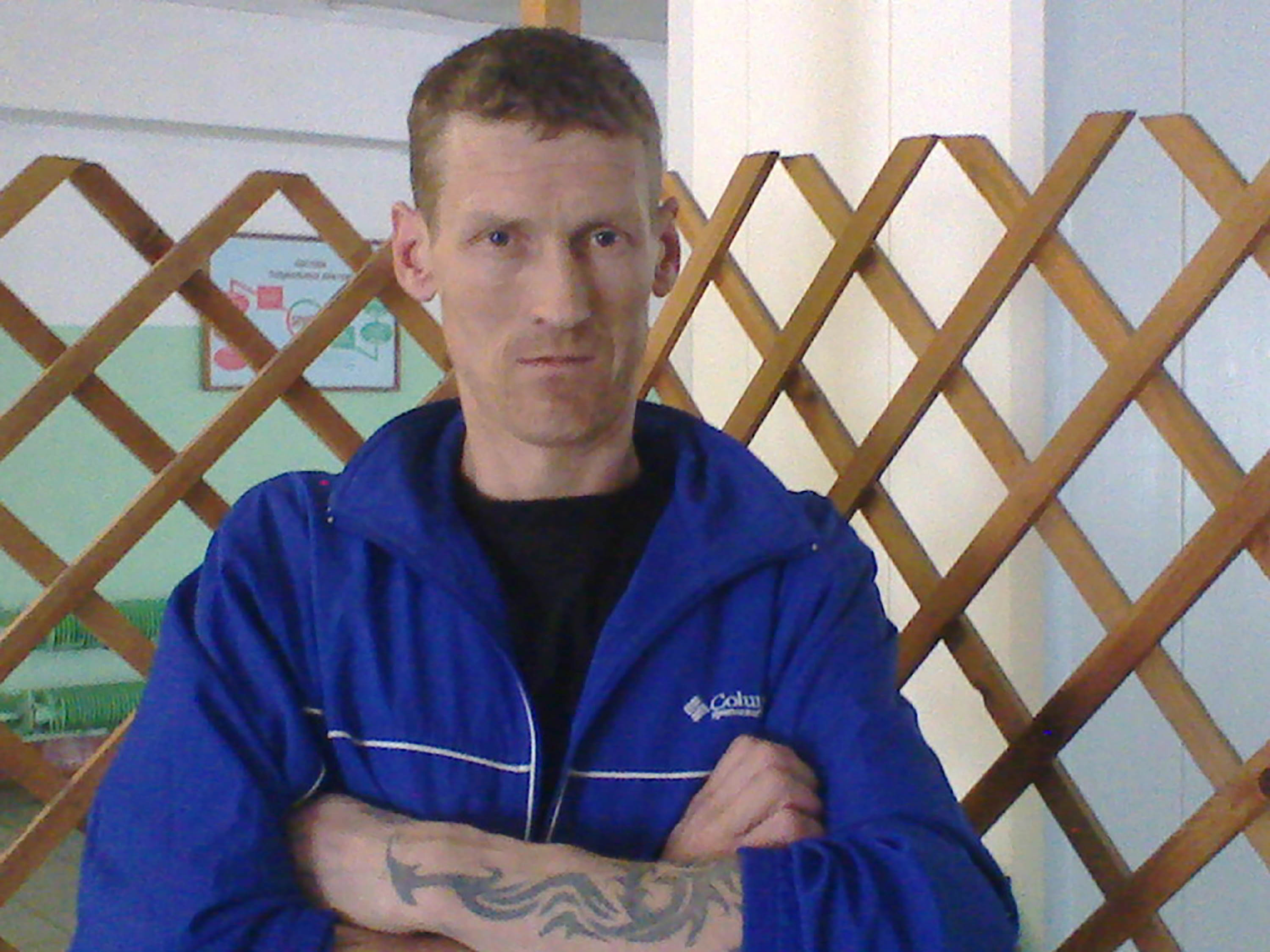 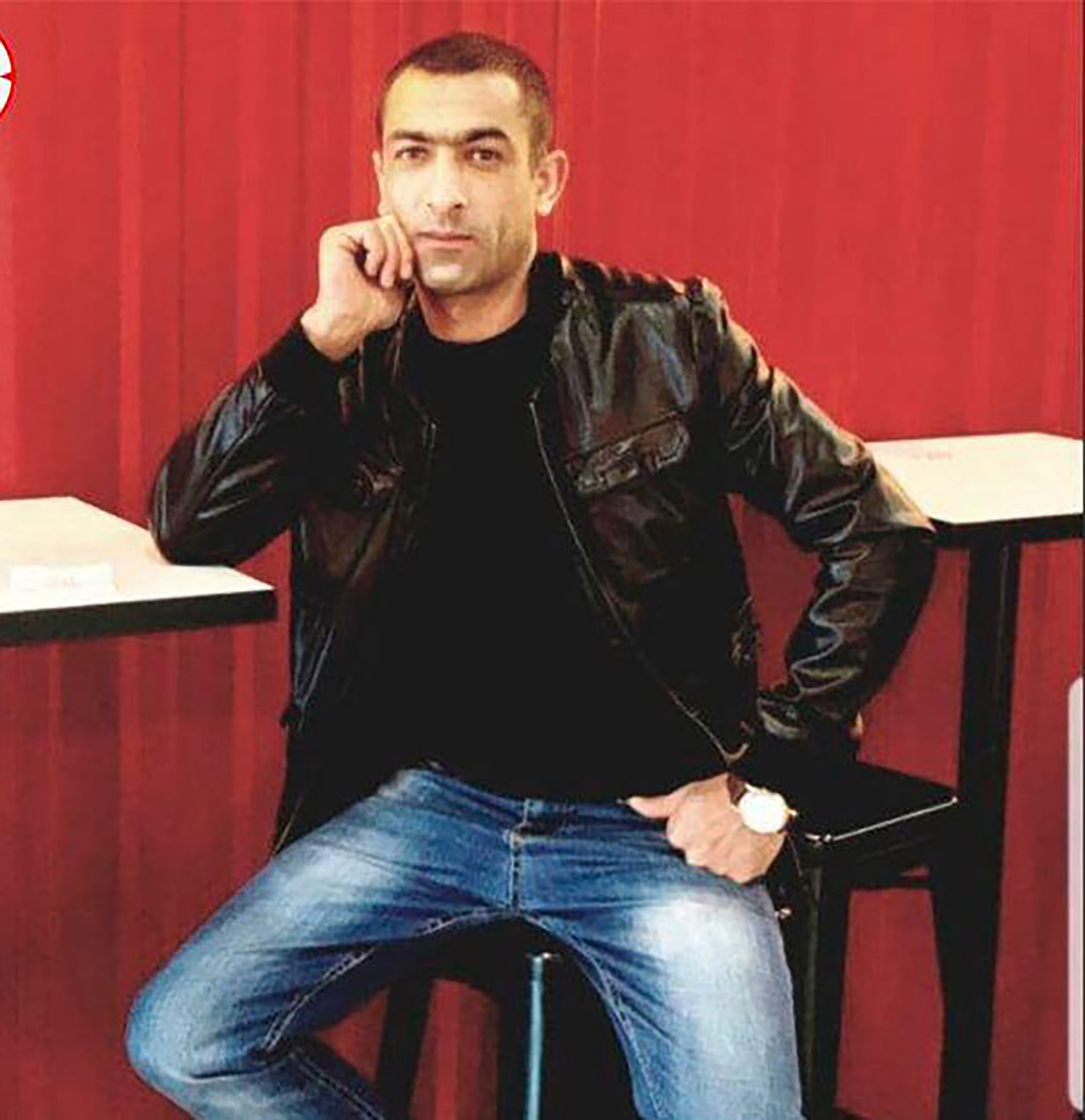 One report said the parents had "locked their children at home and went out to drink".

“A fire started in the apartment, the door could not be broken down, so the neighbours climbed to the third floor using a drain pipe," it went on.

“Risking their lives, the men saved the children from death through the window."

The inferno was caused when the children played with a lighter after being left home alone, said a report.

One neighbour Anna Bosak said: “The poor children burned their hair. A little longer and there would have been no-one to save.”

Another local Elena Bosak said: “It was terrifying to see the children in the burning window.”

Neighbours noticed the fire and acted quickly as they knew it would take a while for firefighters to arrive.

"Fortunately, neither children nor adults were hurt,” said a local report.

“The firefighters who arrived at the scene managed to completely extinguish the fire in 40 minutes."

Russia's Emergencies Ministry has thanked the brave residents for their efforts.