Agents with the FBI and the Detroit police department were exhuming gravesites at a cemetery in the city Monday in response to complaints that some of the deceased might not be properly buried.

Both agencies and construction equipment were at Gethsemane Cemetery on Detroit’s northeast side, visible to drivers on the adjacent Gratiot Avenue. 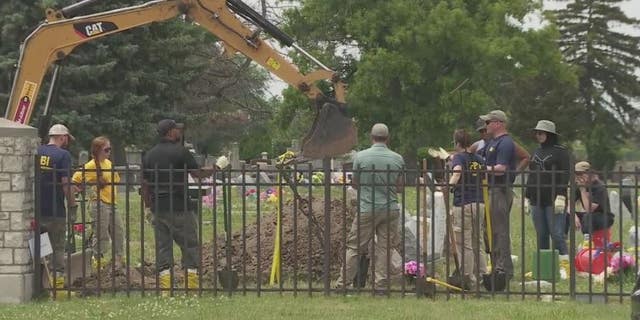 Of the seven graves checked, six appeared to be proper, WDIV-TV reported. Authorities said no crimes were suspected.

Eric Decker, a police commander, told outlets a marker was in the wrong place but the “loved one has been found.”

The exhuming of graves Monday was prompted by a complaint earlier this year that a deceased person was not buried in the grave that his relatives had purchased, the Detroit News reported.

The city then set up a hotline for people who had concerns that their relatives were buried in the wrong graves, according to the outlet.

Family members whose loved ones were buried at the graves said seeing their bodies exhumed was distressing.

“It’s a hurtful feeling to bring a family member back out (of) the grave,” one man told Detroit’s Fox 2. “Once you let them lay down, you want them to rest in peace.” 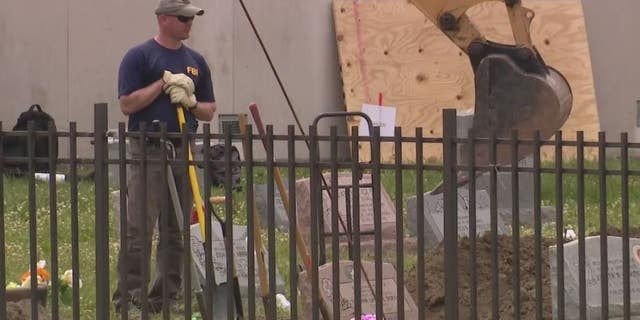 Gravesites being dug up at Gethsemane Cemetery.
(WJBK-FOX 2)

Fox News could not reach Gethsemane Cemetery for comment. The cemetery, which opened in 1909, is owned by the city but managed by a contractor. Investigators have blamed the mismarking of graves on “sloppy record keeping” by the previous management company, Fox 2 reported.

Exhumations are expected to run through Wednesday. The FBI referred questions to the Detroit Police Department which did not respond to Fox News’ request for comment.