Katya Echazarreta made history in June when she became the first Mexican-born woman to travel into outer space.

The 27-year-old electrical engineer was aboard the June 4 flight of the Blue Origin as a Space for Humanity Ambassador. For her, this moment marked an emotional high point in her lifelong ambition to go into space.

Echazarreta spoke with GMA3 Monday for its Latina Leaders Week about her journey and message for others who are looking to reach for the stars. 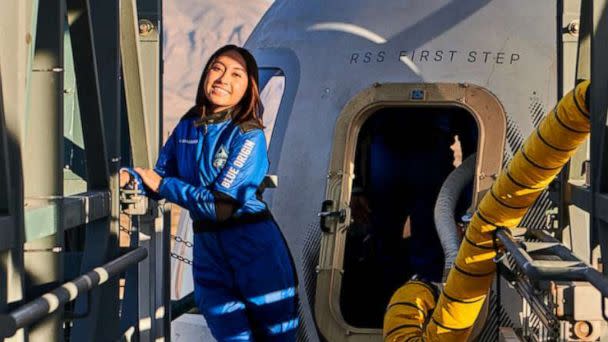 ECHAZARRETA: I was 7 years old when I first told my mom, “What do you think is the hardest thing somebody can do?” And she said, “For you, I think maybe being an astronaut.” And that is the day I decided that I wanted to go to space.

My parents were obsessed with Carl Sagan’s “Cosmos.” I was never met with, “Oh no, you wouldn’t understand this. This is for grown-ups.” If I had any questions about it, then I was welcomed in and I was shown more things.

I was 18 years old when I had to essentially become a parent to my siblings. My parents were going through a divorce. All of us had decided to stick with my mom. We had nothing. We no longer had a house. We no longer had a car. I had my job at McDonald’s and she started being a nanny, cleaning houses, walking dogs, and that is how we were able to make it through. 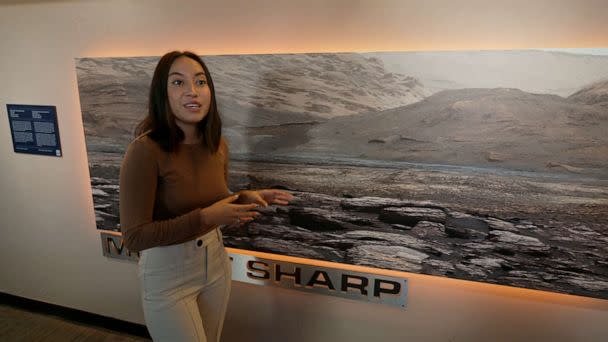 It was 2019 when I applied for this mission through Space for Humanity, and I was already a NASA engineer. By this time, I came in expecting to do a second interview. They said, “You’re going to be going to space.” One of the most beautiful moments out of this whole experience was getting to tell my mom. She never let me believe that there was anything on Earth that I couldn’t do or even anything in space that I couldn’t do.

MORE: NASA’s DART spacecraft expected to collide with an asteroid. Here’s what to know and how to watch

It was a very interesting experience. You’re the highest you’ve ever been in your life. And then suddenly it’s all black and you are now in space. And I looked out the window, I just couldn’t believe it. And I felt just a single tear down on my cheek when I was first told that I would be going to space. I also understood that a woman born in Mexico had never gone to space before. Being told that that person would be me, it’s a huge responsibility for women of color who are pursuing big dreams. It’s harder for us, I know that, but it’s also possible for us. I also know that I’ve seen it. I’ve done it. I’ve lived it. Si se puede. [Yes, we can!]

First Mexican woman in space reflects on her lifelong dream of reaching the stars originally appeared on abcnews.go.com