An investigative team backed by ITV are urging police to dig up land at three sites in Herefordshire and Gloucestershire where they believe as many as 20 other victims of serial killers Fred and Rose West lay buried.

The original investigation into the sick couple confirmed they had murdered at least 12 women and girls between 1967 and 1987, for which they were arrested and charged in 1994.

But a new seven-month probe, led by former DCI Colin Sutton and Sir Trevor McDonald, has found evidence suggesting that there may be up to 20 more bodies buried underground.

But the investigation team has been led on a wild-goose chase before.

In May, police spent at least £55,000 to excavate land at a café and found no trace of any bodies, with officers believing ‘evidence’ presented to them was detritus from a pipe accidentally drilled though by the ITV show’s producers.

While Fred West took his own life in prison while awaiting trial in 1995, his wife Rose is still alive, serving life imprisonment in a West Yorkshire prison. 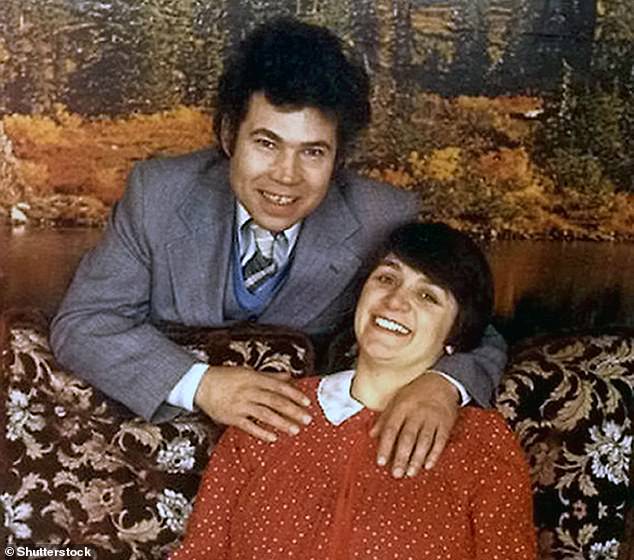 While Fred West took his own life in prison while awaiting trial in 1995, his wife Rose is still alive, serving life imprisonment in a West Yorkshire prison 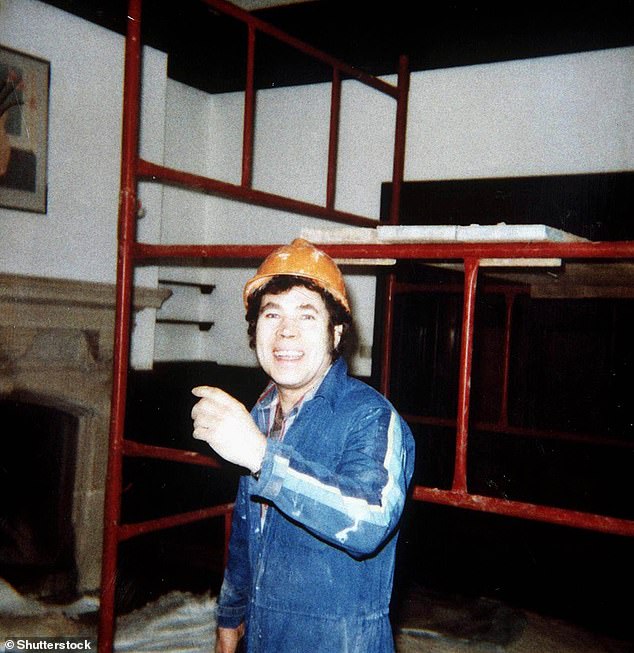 The original investigation into the sick couple confirmed they had, between them, brutally murdered at least 12 women and girls between 1967 and 1987, for which they were arrested and charged in 1994 (pictured: Fred West) 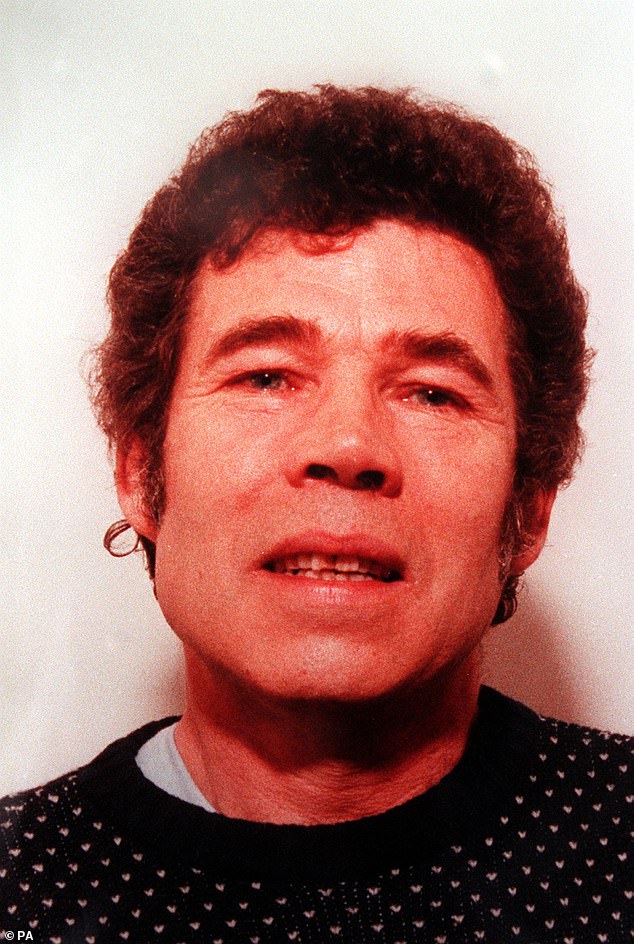 West is known to have murdered 12 people, but there are suspicions that up to 20 more bodies could be buried in several spots around Herefordshire and Gloucestershire

The first two sites the investigation team are urging police to excavate are located in Fingerpost Field near Much Marcle, Herefordshire.

Fred West buried his first known victim, 18-year-old Anne McFall in the same field, and disposed of the corpse of his first wife, Catherine ‘Rena’ Costello, in Letterbox field just moments away. Their remains were discovered in 1994.

The investigation team announced they discovered new evidence in Fingerpost Field after the radar machines discovered what appeared to be indications of as yet undisturbed graves, while cadaver dogs also led investigators to two specific areas of the field where they had seemingly caught the scene of corpses.

Speaking on the potential discovery of new graves, Sutton said: ‘The handler is of the view that we should excavate the sites as soon as possible and I am absolutely on board with that.

‘It is a really significant find and a significant piece of work from the cadaver dogs. The indications I saw the dog make were so very strong.’ 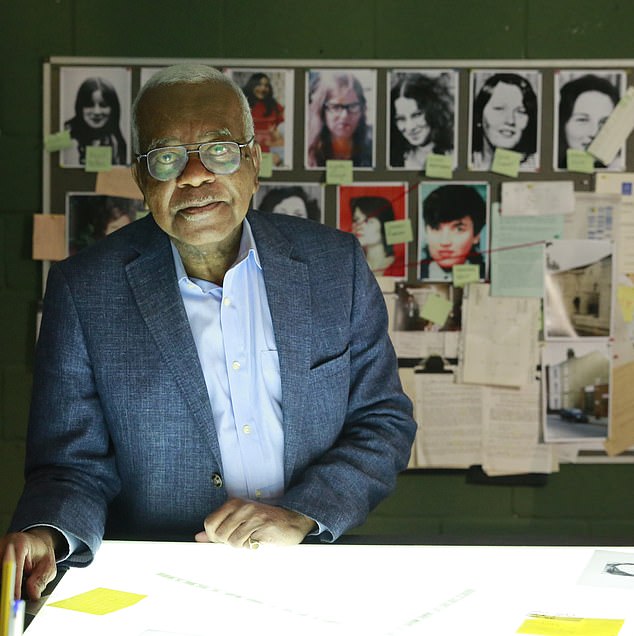 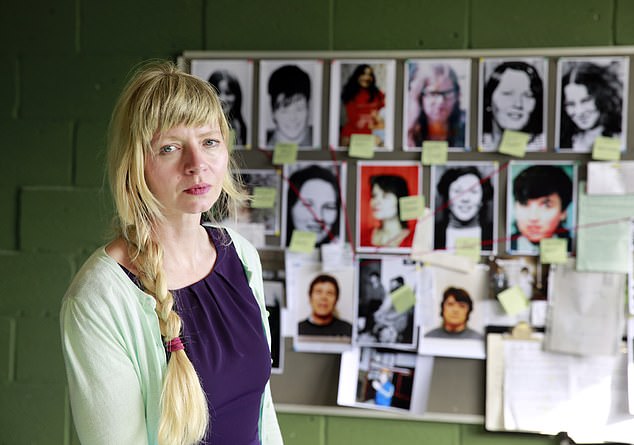 However, it is the third location – a farm site in Gloucestershire – which appears to be the most significant and could be the location where a dozen more victims of the Wests were laid to rest.

The ITV investigators have settled on a farm on the outskirts of Berkeley, Gloucestershire, which they believe could be the site where Fred West buried another 12 bodies apart from the ones already discovered by police.

According to the investigators, they were led to the site by the testimonies of multiple sources who were in contact with West in the 90s.

Janet Leach, a social worker who occupied the position of Fred West’s ‘appropriate adult’ during police questioning in the original investigation, said the killer had told her there were many more bodies buried at ‘the farm’, claiming they were all young women and girls from Herefordshire.

‘Fred told me there were another 20 bodies to be found after the 12, some in fields, the rest in the barn.

‘Fred said some of the victims’ bones were missing because it was a ritual thing and they did something with the fingers so there was no way of finding out who they were.’

Meanwhile, a pair of West’s former employers, Wendy and Derek Thomson, claim that West had told them he had ‘done something in Berkeley’.

Sir Trevor McDonald has urged police to investigate and excavate the site, encouraged by the reports of the aforementioned sources: ‘There is still much more to the murderous campaign of Fred and Rose West.

‘I think the option of not investigating these fields seems very strange. Surely, if there is any suspicion of evidence that there might be more bodies, it follows, as night follows day, that there must be an attempt to discover what happened to these missing people.’

Dr Donna Youngs, the team’s investigative psychologist, supported McDonald’s keenness to excavate, having said that she believes it is unlikely that the Wests took a break from their killing spree despite there being periods when the couple committed no known murders.

‘Everything we know about these two as offenders suggests they will have had the drive to carry on offending,’ said Youngs.

However, despite the chilling new evidence, the investigative team has been searching for months to no avail, and the police are wary of engaging so readily with the operation backed by ITV.

In May earlier this year, police spent at least £55,000 on the excavation of a cellar at a café in Gloucestershire where the TV documentary suggested Fred West may have buried missing schoolgirl Mary Bastholm.

After completing the extensive dig, the police found no trace of her and were forced to defend the use of taxpayer’s money on what was deemed a ‘wild goose chase’ before saying their relationship with the TV crew will be reviewed.

The crew believed they captured images of blue material matching the coat the girl had been wearing when she went missing and contacted the police. 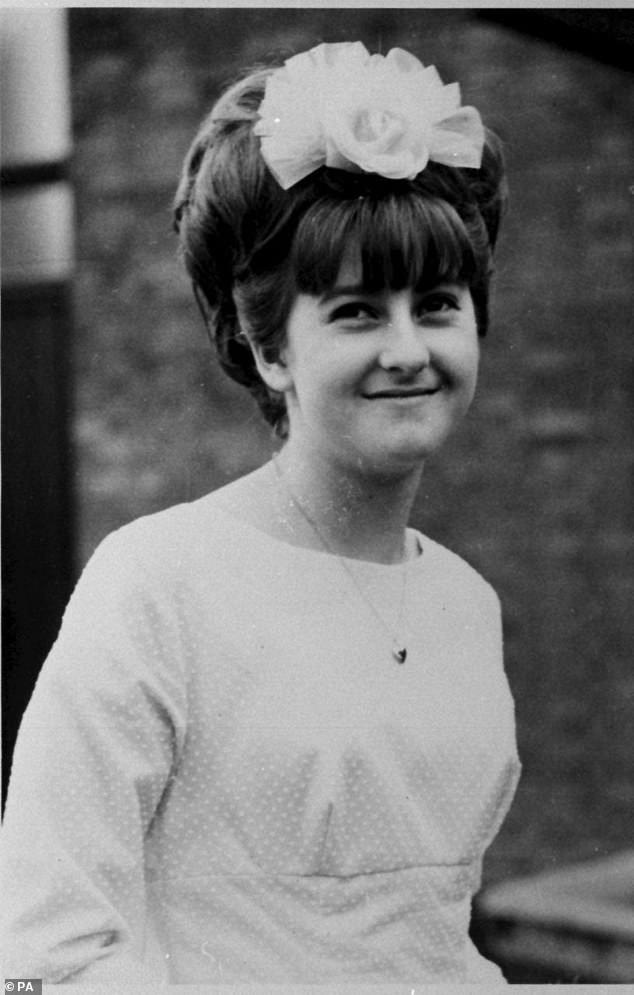 In May earlier this year, police spent at least £55,000 on the excavation of a cellar at a café in Gloucestershire where the TV documentary suggested Fred West may have buried missing schoolgirl Mary Bastholm (pictured) 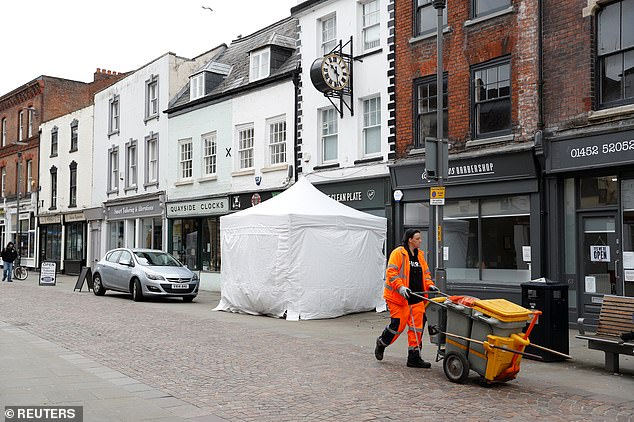 The cafe, which was formerly called the Oasis cafe, had building work done by West and Mary had also worked at the venue 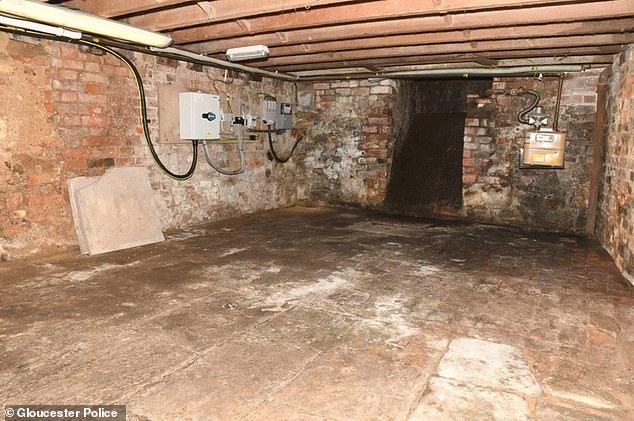 But Assistant Chief Constable Craig Holden said he thought the pictures was actually wreckage from a pipe they had drilled through that simply appeared blue through the imaging technology.

He said: ‘The information that was presented to us by the production company on May 7 was significant.

‘New information had come to light that we felt it was appropriate to assess. The new material was predominantly that there was a blue material in a void in the ground under the café.

‘It is unfortunate that the drilling by the production company couldn’t guarantee that there were human remains or nothing connected to Mary’s disappearance within that void.

‘We had to make a decision to excavate. There was an image of blue material, we felt it was the right decision.

‘I don’t think there is any legal basis where we would seek costs from the production company although if in a gesture of goodwill they would be prepared to provide something that would be something we need to discuss with them. 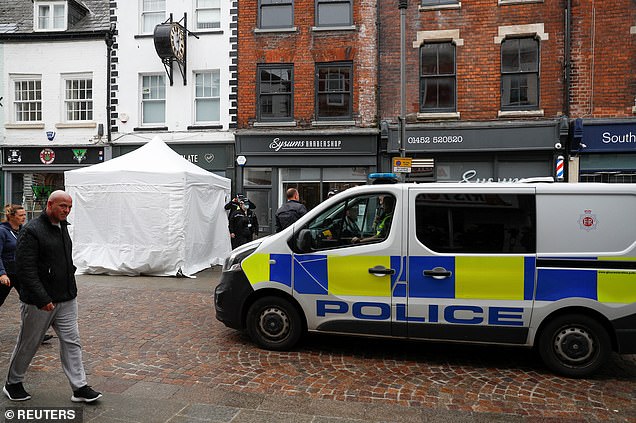 Who are the victims of Fred and Rose West? 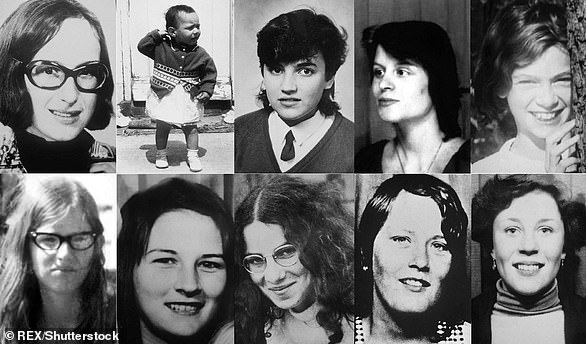 Although Fred West was convicted of killing 12 women and Rose 10, the pair are thought to have killed up to 20 more.

One victim who was almost certainly killed by West was his former girlfriend Anne McFall who like the others, was found in a shallow grave with body parts missing. West denied it.

The warped pair used whips to torture their victims as well as their own children.

Fred West committed suicide by hanging himself in a prison cell in January 1995 — before he could stand trial for the murders.

Rose West is still a prisoner at HMP Low Newton in Durham, having been handed a rare ‘whole life tariff’ for her part in the killings.

Charmaine West, eight: Fred West’s stepdaughter from his first marriage, Charmaine was murdered by Rose in 1971 while Fred was in prison.

Rena Costello, 27: Charmaine’s mother Rena, Fred’s first wife, was murdered when she arrived to pick up her daughter Charmaine in August 1971. With Charmaine already dead, it is thought Fred killed her to avoid an investigation.

Lynda Gough, 20: Miss Gough was a lodger in the West’s home and was killed in April 1973. Rose told her mother she had moved to Weston-super-Mare.

Carol Ann Cooper, 15: The teenager disappeared while walking home from the cinema to her Worcester children’s home in November 1973. Her remains were found buried in the Wests’ garden.

Lucy Partington, 21: After spending Christmas with her family in Cheltenham, Miss Partington disappeared after leaving to catch a bus. The student was the cousin of novelist Martin Amis and the sister of author Marian Partington.

Therese Siegenthaler, 22: The South London student was killed in April 1974 after disappearing while attempting to hitch-hike to Ireland.

Shirley Hubbard, 15: One of the Wests’ youngest victims, she disappeared on her way home from college in Droitwich. When her body was discovered, her head was completely covered in tape with a rubber tube placed in her mouth to allow her to breathe.

Juanita Mott, 18: Miss Mott, a former lodger at 25 Cromwell Street, was living in Newent when she vanished.

Shirley Robinson, 19: Another lodger, Miss Robinson was killed in 1978 after becoming pregnant with West’s child.

Alison Chambers, 17: The teenager disappeared in August 1979 and her remains were later found beneath the patio at 25, Cromwell Street.

Heather West, 17: Repeatedly raped by her father, Heather complained to friends about the abuse and was murdered by her parents in a bid to keep her quiet.