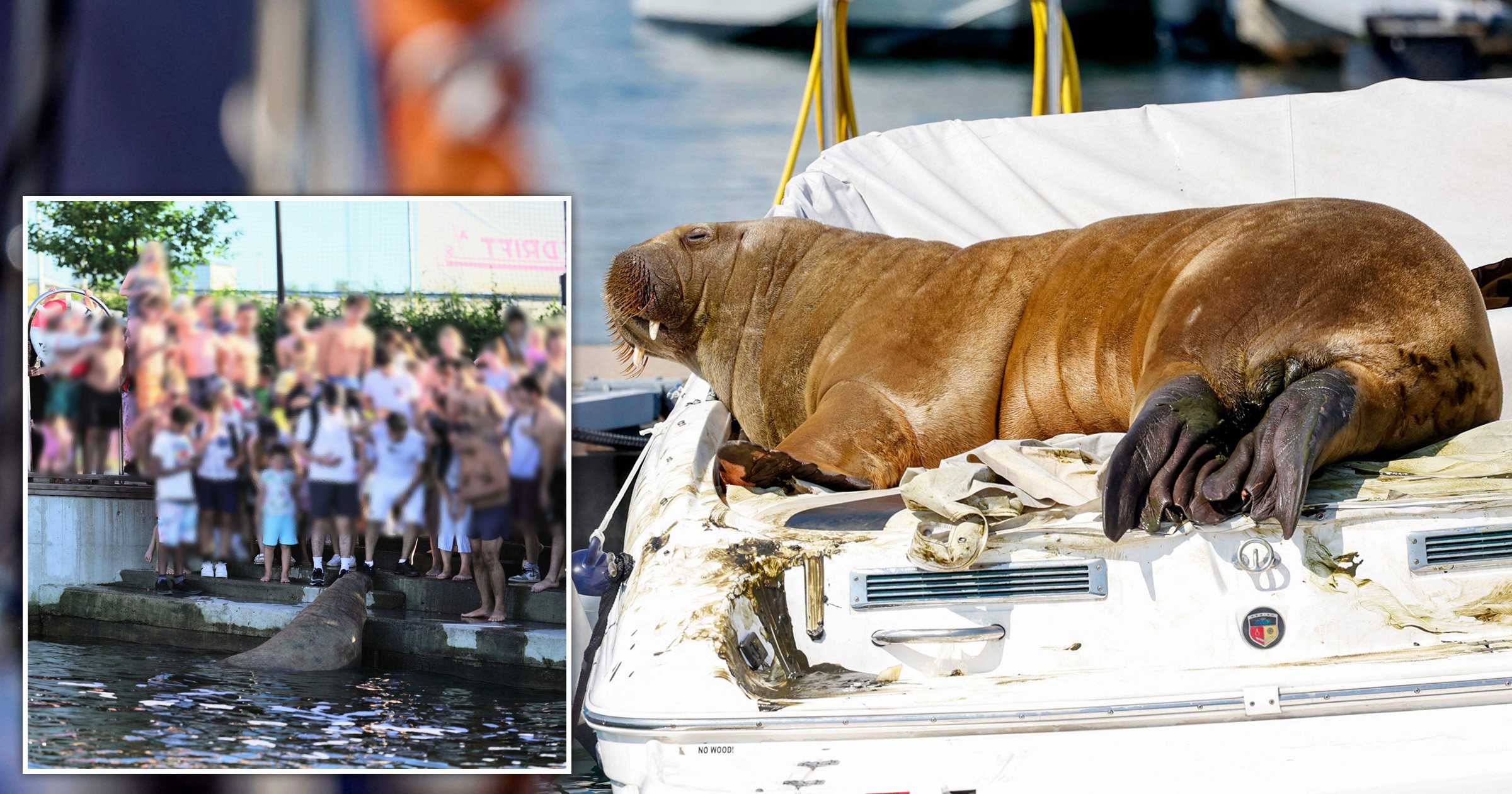 A walrus who became a tourist attraction in Norway has been put down after people repeatedly ignored requests to stay away.

The 600kg animal, named Freya, became a social media sensation over the summer after a number of viral videos emerged of her leaping on to boats to sunbathe – sometimes even capsizing them in the process.

Unlike most other walruses, Freya was not afraid of humans, and her antics drew large groups of people to the Oslo fjord, putting both them and her at risk.

Last week, the Norwegian Directorate of Fisheries warned the public to keep their distance after reports of people swimming with the walrus, throwing objects at her and getting dangerously close to pose for photos.

On one occasion police were forced to block off a bathing area after the walrus chased a woman into the water, according to local media.

Eventually the directorate took the decision to euthanise Freya after a picture surfaced of her surrounded by a crowd, including several children.

‘The decision to euthanise the walrus was made based on an overall assessment of the continued threat to human safety,’ Frank Bakke-Jensen, the director general at the Norwegian Directorate of Fisheries, said in a statement.

‘Through on-site observations the past week it was made clear that the public has disregarded the current recommendation to keep a clear distance to the walrus,’ he continued.

‘Therefore, the Directorate has concluded, the possibility for potential harm to people was high and animal welfare was not being maintained.’

He added other options had been considered, including moving Freya out of the fjord, but they were discarded out of concern for Freya’s welfare.

Freya, named after the Norse Goddess of beauty and love, had been making headlines since she was first spotted in the Norwegian capital in July.

Although they usually make their homes in the Arctic Circle, walruses will typically migrate between several different shallow waters during the summer months, and Freya had already been spotted in the UK, Netherlands, Denmark and Sweden earlier this year before eventually making her way to Oslo.

Usually, walruses are wary of humans and stay on the edges of coastal areas.

‘Normally, walruses will show up on some islands, but they will leave quite soon, because they’re afraid of people,’ said Rune Aae, a biology professor who had been studying Freya’s movements.

But Freya ‘is not afraid of people,’ he added. ‘Actually, I think she likes people. So that’s why she’s not leaving.’

In a Facebook post following Freya’s death, Aae condemned the directorate as being ‘too hasty’ with their decision to put her down.

He said they had their own boat that was tracking her movements, and impending rainfall would drive crowds away and give Freya a chance to leave the fjord on her own.

‘Freya would’ve sooner or later gotten out of the Oslo Fjord, which all previous experience has shown, so killing her was, in my view, completely unnecessary,’ he wrote.

‘Norway is the country that killed Freya after being around for over two years around the entire North Sea. What a shame!’