Skip to content
HomeWorld NewsFrom the Archives, 1947: Celebrating Melbourne’s Centenary as a City

Tributes to the pioneers of Victoria were paid by the Governor (Sir Winston Dugan), the Premier (Mr. Cain) and the Archbishop of Melbourne (Most Rev. J. J. Booth) at a special meeting of the City Council yesterday to mark the anniversary of Melbourne’s hundredth year as a city. 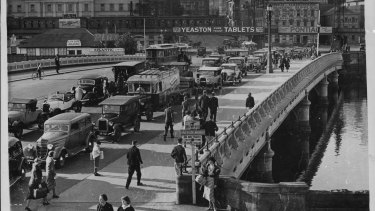 Sir Winston Dugan said the occasion was a milestone in the history of the city, which was today a splendid monument to the pioneers. The anniversary was also a signpost which pointed the road to another century of progress. 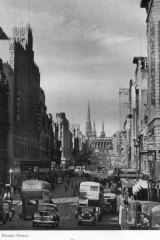 It behoved everyone to pause for reflection and be worthy of their children, for those people who had to follow on would enhance the beauty of the city still further.

The Premier, extending his congratulations to the City Council on the work carried out over the years, said the pioneers had set an example which should be followed by all today. He expressed the hope that the city would expand and progress until it embraced some of the cities which surround it.

Archbishop Booth said a city took its inspiration from those who were responsible for its government, and sound progress continued when there were sound foundations. The country had been developed in the light of faith, and sound foundations came from wide and deep faith. Even greater progress could be expected of the city within the lifetime of those present.

The Lord Mayor (Cr. F. R Connelly) submitted the following motion, which was carried unanimously by the council:—

“That this meeting of the Melbourne City Council assembled upon the occasion of the 100th anniversary of the constitution of the Town of Melbourne as a City by Letters Patent of Queen Victoria, dated June 25, 1847, records its appreciation of, and everlasting indebtedness to the pioneers who laid the foundation of the city and directed its development with far-sighted wisdom, and that this tribute be paid to the early members of this council from 1842 onwards, whose splendid gratuitous service and guidance has enabled the city to progress and become the seventh city of the British Empire.”