The drastic measures would be put in place in order to slow the spread of the coronavirus, the federal government said.

In a statement published on Monday, they said grocery shops, markets, banks, pharmacies and delivery services would remain open, while restaurants and other eating establishments would generally be allowed to open between 6am and 6pm. 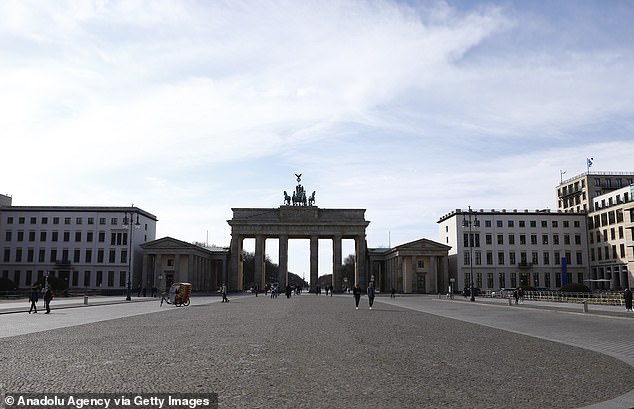 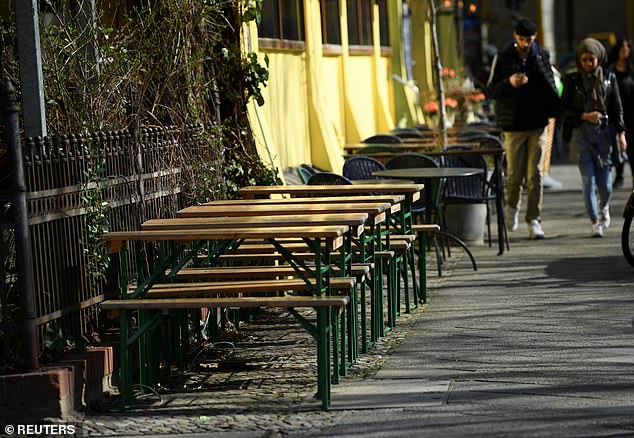 Empty benches, chairs and tables are seen in front of a restaurant  in Berlin on Monday. Germany’s federal and state governments have agreed sweeping rules shutting everything from non-essential shops to bars, clubs, theatres, museums, brothels and churches 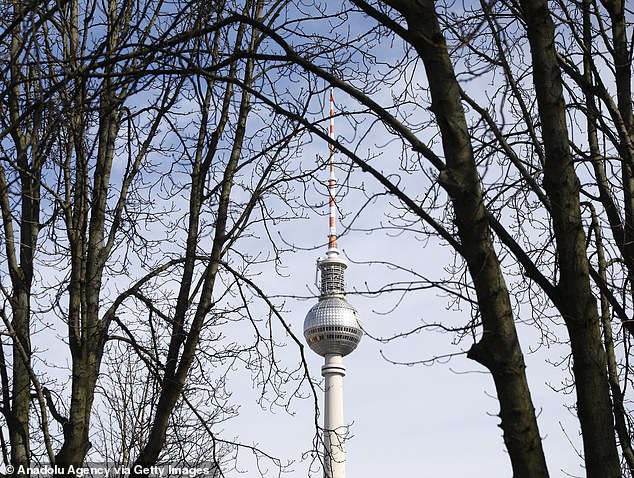 Schools, museums, bars and entertainment venues are closed as a precaution against coronavirus in Berlin, Germany

The government said the new guidelines aimed ‘to further limit social contacts in public spaces in response to the corona epidemic in Germany.’

Shops that remained open would have to implement heightened hygiene measures and monitor their entrances in order to avoid long queues building, it added.

Germany has reported 5,000 coronavirus cases out of a  population of 82.7 million, and 12 deaths.

It comes as Europe goes into self-isolation, with the EU today revealing plans to shut itself off from all outsiders as it takes drastic measures to halt the spread of coronavirus. 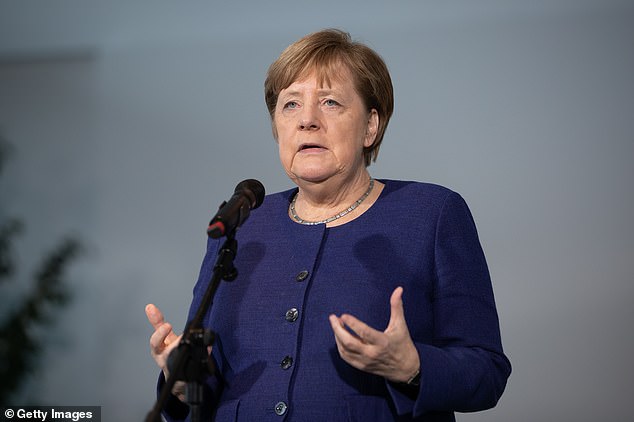 German Chancellor Angela Merkel speaks during a press statement prior to meeting with economic and labor unions leaders at the Chanceller. Germany has reported 5,000 coronavirus cases from a population of 82.7 million, and 12 deaths 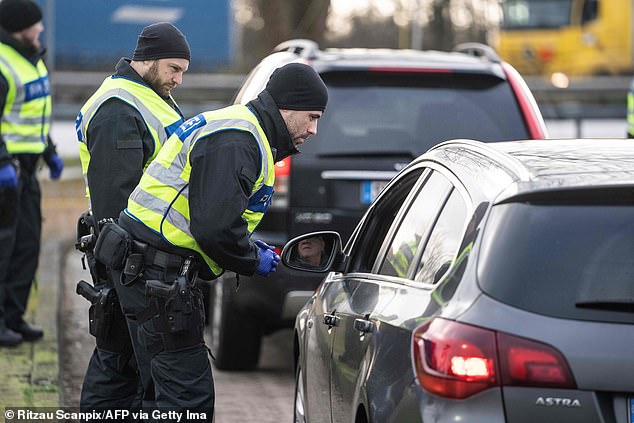 In addition, emergency medical and food supplies into the bloc will be able to use special ‘fast lanes’ to ensure health services and supermarkets can cope with demand. 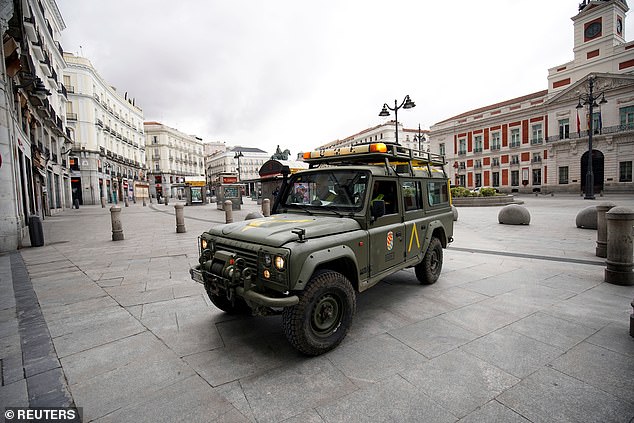 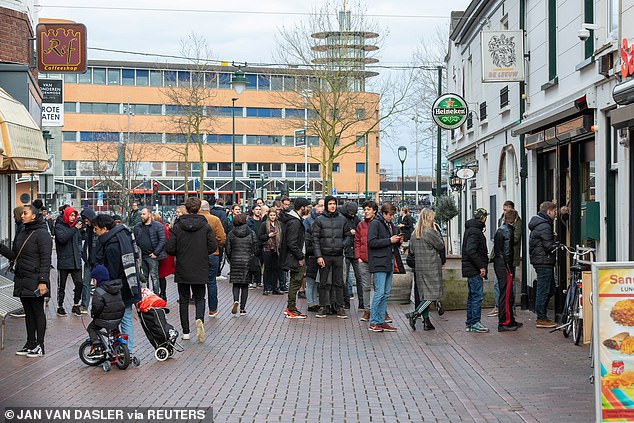 People line up to get into a coffeeshop in Amsterdam, the Netherlands, today as they stock up on essential supplies 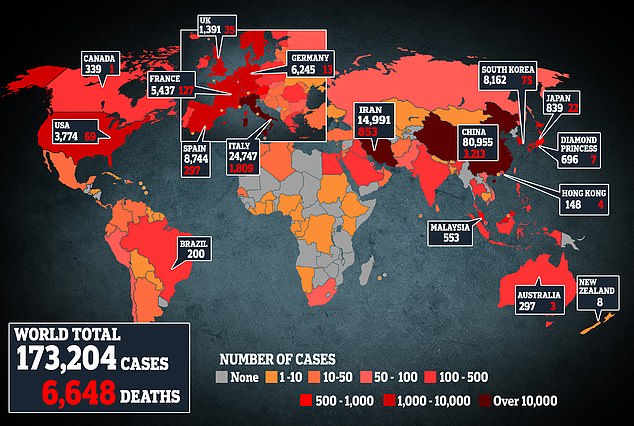 Non EU-members Iceland, Norway, Switzerland and Liechtenstein are also within it.

Ms von der Leyen told a press conference: ‘The UK citizens are European citizens so of course there are no restrictions for the UK citizens to travel to the continent.’

She added: ‘Here in Europe we are heavily affected by coronavirus and we know that everything that reduces social interaction also reduces the speed of the spread of the virus.

‘The less travel, the more we can contain the virus.

‘Therefore, as I have just informed our G7 partners, I propose to the heads of state and governments, to introduce temporary restrictions on non-essential travel to the European Union.’ 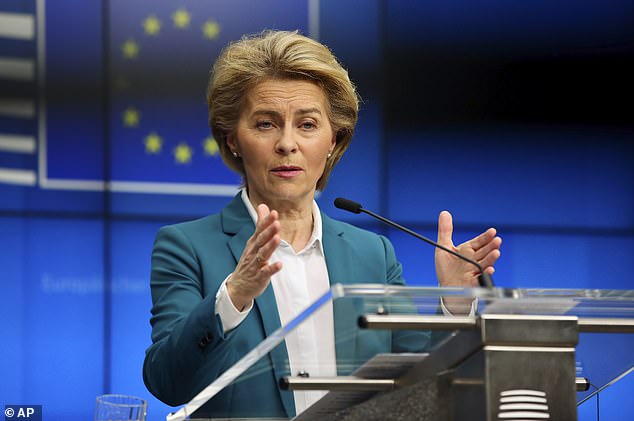 European Commission President Ursula von der Leyen addresses the media after a video-conference with G7 leaders at the European Council building in Brussels on Monday. Ursula von der Leyen unveiled a proposed ban on all non-essential travel by non-citizens into the 26-nation Schengen free travel area for 30 days

She said exemptions would include long-term EU residents, family members of EU nationals, diplomats, doctors and researchers working on containing the health crisis.