Harrow School has been forced to close after a pupil tested positive for coronavirus.

The top boarding school has scrapped all classroom lessons and the 830 pupils who board are being sent home.

Staff will continue to teach students online until the end of the current term.

In a letter to parents the headmaster of the £41,000-a-year school in West London said a student who returned home to avoid a quarantine restriction had tested positive for Covid-19. 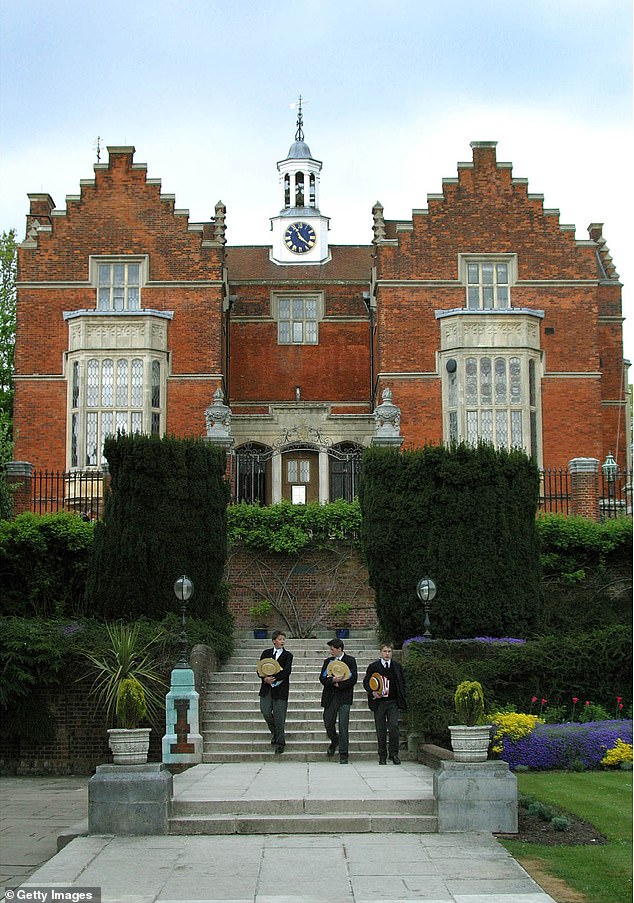 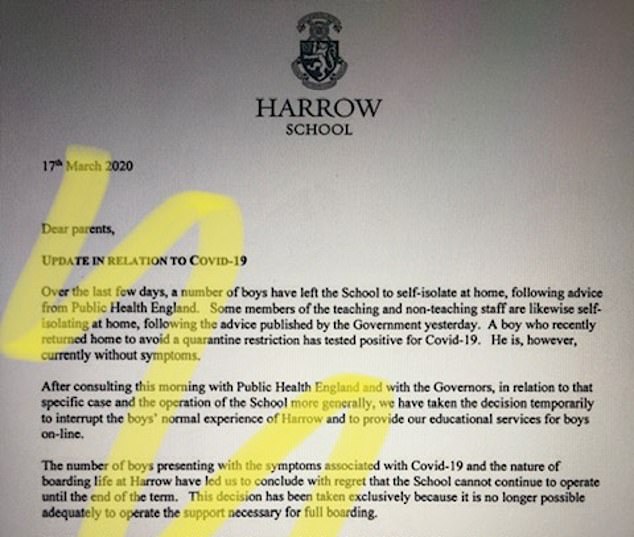 In a letter to parents (pictured) the headmaster of the £41,000-a-year school in West London said a student who returned home to avoid a quarantine restriction had tested positive for Covid-19

A number of teaching and non teaching staff were self isolating after showing symptoms of the virus.

The school, which employs 150 teachers, will effectively go into lockdown on Wednesday following advice from Public Health England.

As well as all lessons being cancelled no visitors will be allowed.

Of the 830 pupils almost 200 are from overseas and many may face problems in returning to their home country due to flight restrictions.

In the letter emailed today to parents, headmaster Alastair Land said a number of the boys were showing symptoms associated with the virus. 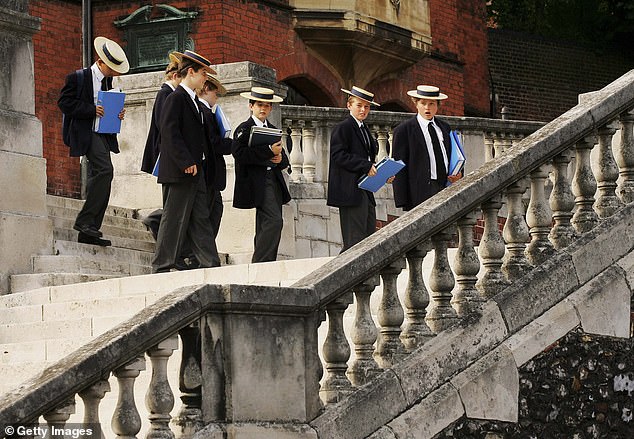 He said: ‘The number of boys presenting with the symptoms associated with Covid-19 and the nature of boarding life at Harrow have led us to conclude with regret that the school cannot continue to operate until the end of term.

‘This decision has been taken exclusively because it is no longer possible to adequately operate the support necessary for full boarding.’

A spokesman for Harrow School said: ‘Harrow School has temporarily suspended operations and is moving to an online education provision.’

Harrow is considered one of the elite boarding schools in the UK along with Eton and Winchester.

Pupils are aged from 13-18 and are divided into 12 boarding houses with two boys sharing a room. The school was founded in 1572.