Skip to content
HomeWorld NewsHarry's hair loss accelerated since he moved to US, surgeon says

Prince Harry’s hair loss has accelerated since he moved to US with Meghan after Megxit and he’ll be virtually bald at 50 unless he takes action, leading cosmetic surgeon says

Prince Harry’s hair loss has accelerated since he moved to the United States with wife Meghan last year and will be virtually bald by age 50, a leading UK cosmetic surgeon has claimed.

But Dr Asim Shahmalak at Crown Clinic in Manchester says the Duke of Sussex is balding at a slower rate than Prince William and is ten years behind his older brother when it comes to hair loss.

Dr Shahmalak said that at age 36, Harry is at the same stage of hair loss as William was when he was 26.

He added: ‘The baldness gene is not as strong in Harry but he is still losing his hair quickly. At present most of Harry’s hair loss is around the crown area.

‘He has a growing bald patch right across his crown and you can also see that his hair is also thinning out towards the front.

‘Without treatment, the acceleration we have seen over the last 15 months will only increase over the next year. Harry may never be as bald as his brother William. William has been more affected than any of the royal men. 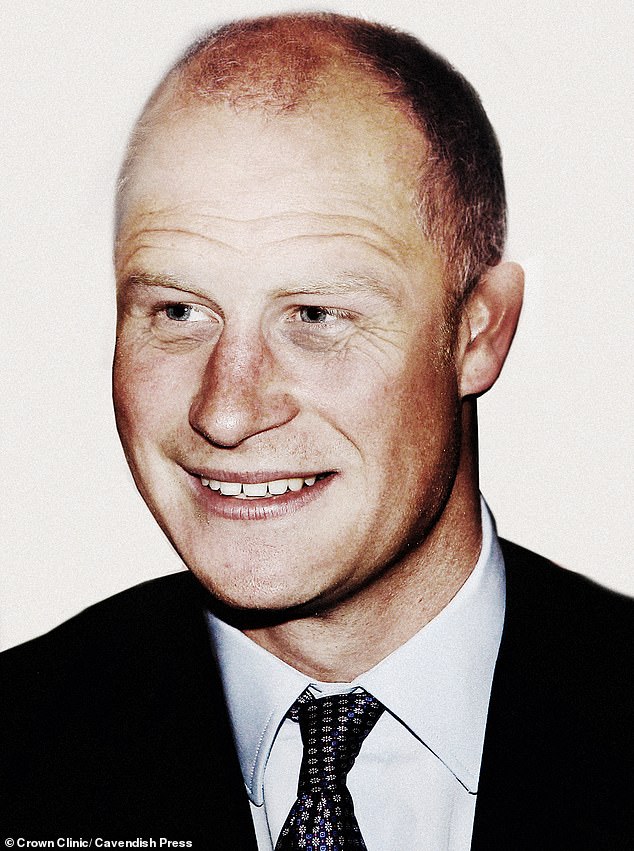 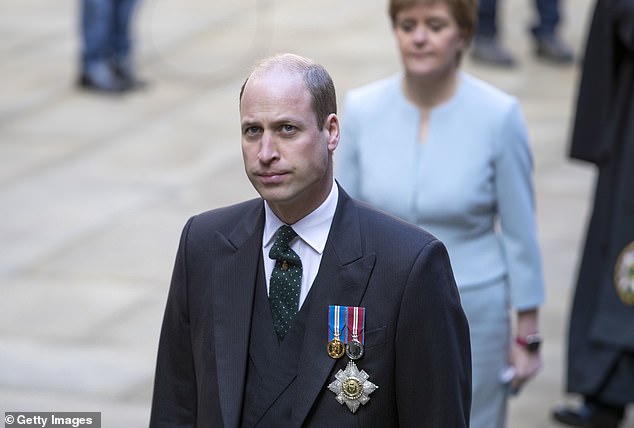 Prince William, pictured at age 38. Over the last 12 years, William has lost nearly all the hair on the top of his scalp whereas Harry’s hair loss has been slower

‘An added factor is that there is also a hair loss gene on Harry and William’s mother Diana’s side. Her father, Earl Spencer, was also bald.

‘The baldness gene can be passed down on both sides of the family.’

The progression of the brothers’ hair loss can be seen in the video of the pair talking together at RAF Shawbury in Shrewsbury, Shropshire in 2009 when they were both still serving in the forces.

At the time Prince William was 26 and showing a similar level of male pattern baldness as Harry is now. 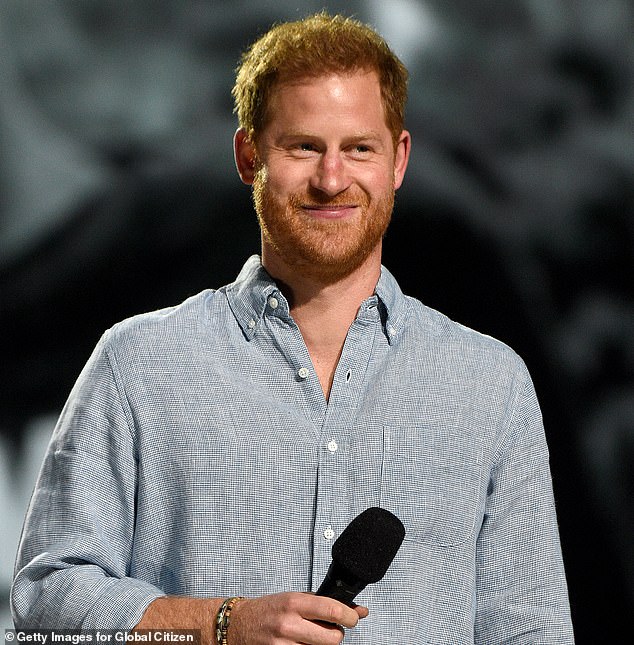 Pictured: Harry at 36. Dr Shahmalak said: ‘Harry is 36 and at the same stage of hair loss as William was when he was 26. The baldness gene is not as strong in Harry but he is still losing his hair quickly’

Over the last 12 years, William, 38, has lost nearly all the hair on the top of his scalp whereas Harry’s hair loss has been slower.

However, there has been an acceleration over the last two years in the younger prince, it is claimed.

Dr Shahmalak produced a graphic to show how Prince Harry’s hair will look at 50.

He said: ‘No two brothers are the same, but both William and Harry have inherited the same baldness gene. It is too late for Prince William and there is nothing that can be done to reverse his hair loss. Harry still has time if he wants to take action.

‘Harry will be almost as bald as his older brother at 50 if he does nothing, though he will probably have a little more hair at the front of his scalp.’

Dr Shahmalak has seen a surge in bookings since the lockdown restrictions were eased at his world renowned clinic which is completely Covid-compliant.

He said: ‘People have saved up money during the lockdowns and now they are ready to spend.

‘It is also easier to have a hair transplant when you are working from home. You can stay quietly at home during the recovery period and stay more anonymous while the new hair grows back.’