Consumer experts at Which? found the latest generation of cars emit more CO2, which is associated with climate change.

This is largely because new vehicles in almost every category tend to be heavier than their predecessors.

Ironically, one of the reasons they weigh more is because manufacturers have installed new devices to cut exhaust emissions that are harmful to human health, such as nitrogen dioxide.

The findings suggest manufacturers making conventional internal combustion engine vehicles are fuelling global warming, and the evidence will be seized on by those supporting the Government’s plan to ban the sale of new petrol and diesel cars by 2035, or potentially sooner.

Consumer experts at Which? found the latest generation of cars emit more CO2, which is associated with climate change

The consumer group looked at the 292 car models it has tested since the start of 2017.

The small petrol cars category, which covers those the size of a Ford Fiesta or Volkswagen Polo, saw an average increase of 11.2 per cent – up from 131g/km to 145.7g.

The worst-performing group were the large petrol-hybrid cars, which are the size of the BMW 3 Series. These recorded an average increase of 31.7 per cent – up from 89.2g/km to 117.4g. All car models analysed were subjected to the same tests, in lab-controlled conditions.

Which? said its analysis was more realistic than official tests because cars are run through an additional tough motorway cycle. They are loaded with 200kg, with the air-con and radio switched on, which better reflects everyday use. 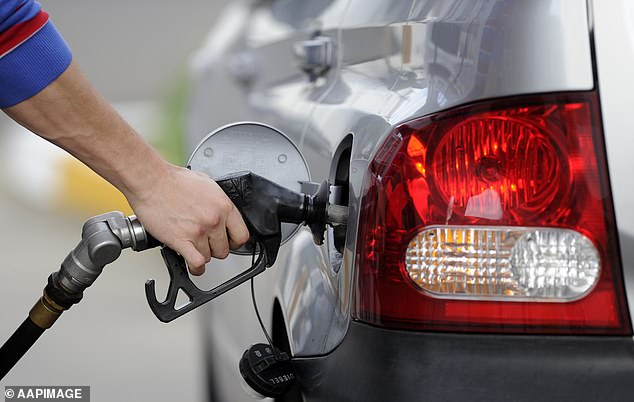 The small petrol cars category, which covers those the size of a Ford Fiesta or Volkswagen Polo, saw an average increase of 11.2 per cent – up from 131g/km to 145.7g (stock image)

On a positive note, the Which? analysis found emissions linked to harming human health – NOx (oxides of nitrogen) and CO (carbon monoxide) – have reduced dramatically. In petrol cars, the level of CO emissions has dropped by 40.6 per cent. Across all diesel vehicles, the decrease in NOx was an average of 84 per cent.

The editor of Which? magazine, Lisa Barber, said: ‘It is shocking to see our tests uncover increasing levels of carbon dioxide emissions for the latest cars that are being built and sold to UK consumers.

‘Manufacturers must ensure that they are doing everything in their power to create cleaner vehicles that are fitter for our planet and its future.’

But the Society of Motor Manufacturers and Traders rejected the findings. Chief executive Mike Hawes said: ‘Only the official, Europe-wide WLTP test… can be relied upon by consumers to accurately compare vehicles on a like-for-like and repeatable basis.

‘This shows that new cars emit, on average, some 29.3 per cent less CO2 than models produced in 2000, the effect of which drivers can see at the pump.’