HERO shoppers chased a "maniac" driver after he smashed into three people and sent a woman "flying through the air" at a Sainsbury's car park.

Two innocent bystanders and a cop were hurt after the man allegedly reversed into them at a Sainsbury's superstore in Exeter, Devon, last night. 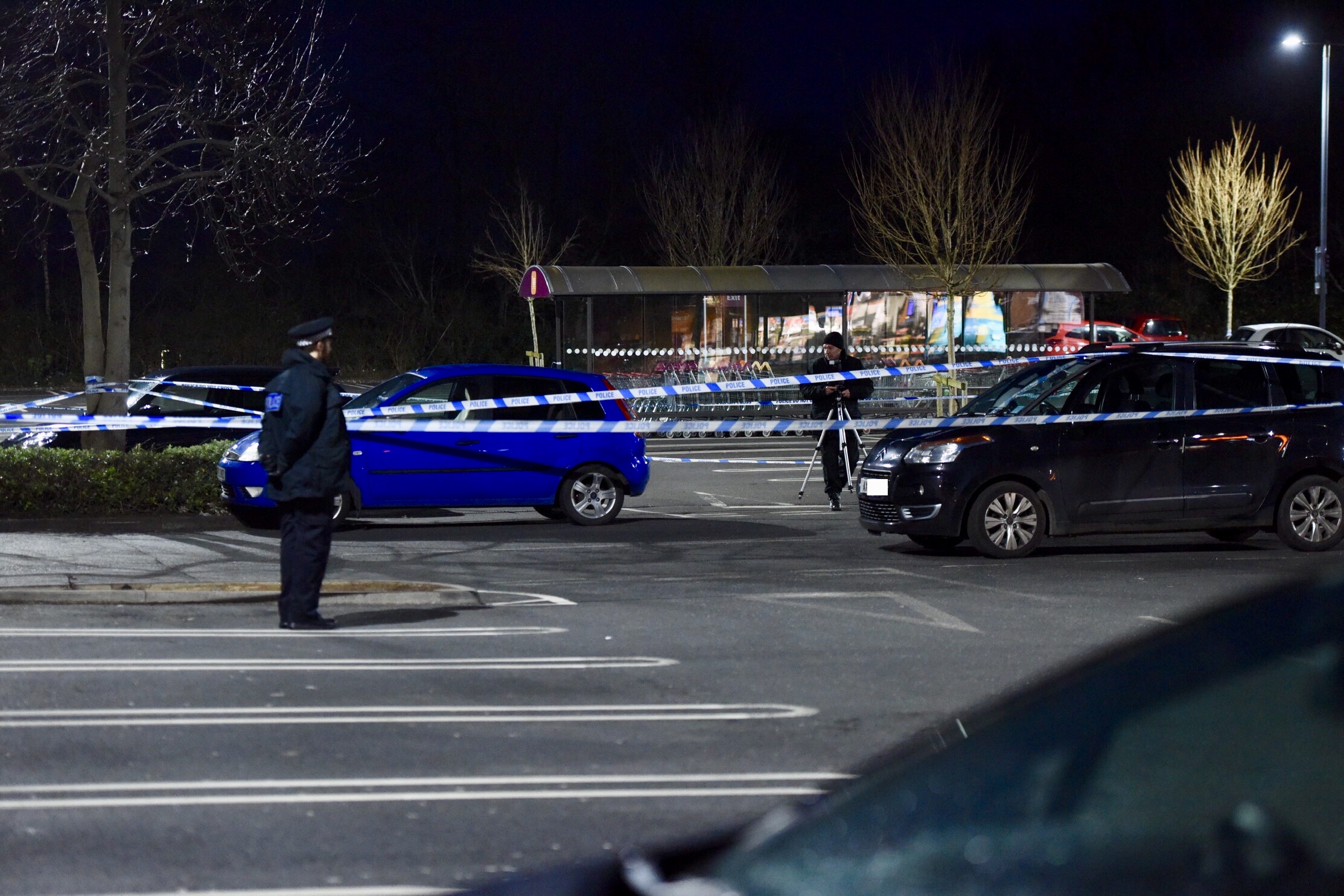 A witness today told The Sun Online how she watched in horror as the man sped into the car park – allegedly punching a man before ramming into innocent shoppers.

The 45-year-old mum said she was left terrified as the man at one point ran past her and her ten-year-old daughter while he was chased by heroic witnesses.

She said: "Suddenly out of nowhere, this guy came the wrong way down no entry.

"Somebody shouted 'what are you doing' and he jumped out of his car, punched the guy in the face and jumped back into his car.

"There was a man and woman standing by their car and the guy then reversed, full speed into them.

"The woman went flying into the air. She was screaming in pain."

And the scared mum said the man then went on a "rampage" as he allegedly tried to run over shoppers about 5pm yesterday.

A 30-year-old man has since been arrested on suspicion of attempted murder, dangerous driving and assaulting a police officer.

The witness claimed: "He jumped out of his car and ran past my ten-year-old daughter.

"There were a few of us who were tracking him trying to stop him so he got back into his car and started driving around trying to knock over anybody who got in his way."

'THEY PINNED HIM ON THE GROUND'

Three people were injured in the carnage, including a man and a woman and a police officer who was responding to the chaos.

They were all taken to hospital with non-life threatening injuries.

And the mum said it had been a "bizarre, scary experience" – all the more terrifying as the man showed little emotion during the rampage.

The mum, who lives nearby the Sainsbury’s in Hill Barton Road, Pinhoe, Exeter, said the man then tried to mow down a cop who had bravely rushed to the scene.

She said: "He then jumped out of the car after he knocked the police man.

"About 10 people, complete strangers, all bundled together to pin him on the ground."

Devon and Cornwall Police confirmed the man remained in custody.

They said: "Officers, including the NPAS helicopter, attended the scene along with paramedics."