A romantic Scandinavian trip, a gushing engagement post – and a VERY public bust-up: Red-faced advertising exec flees town after his high-profile fiancee dumps him when a phone call changed her world forever

A glamorous mayor and bride-to-be who called off her wedding just hours after revealing she was engaged to her boyfriend of eight months had just enjoyed a romantic trip to Finland with him.

Sarah Carter, the mayor of Maribyrnong in Melbourne’s inner-west, announced her upcoming nuptials with Aaron Lipson, an advertising director, over the weekend.

But in an embarrassing backflip days just later she was forced to announce the wedding was off after a a third party phoned her to reveal some bad news about the impending nuptials. 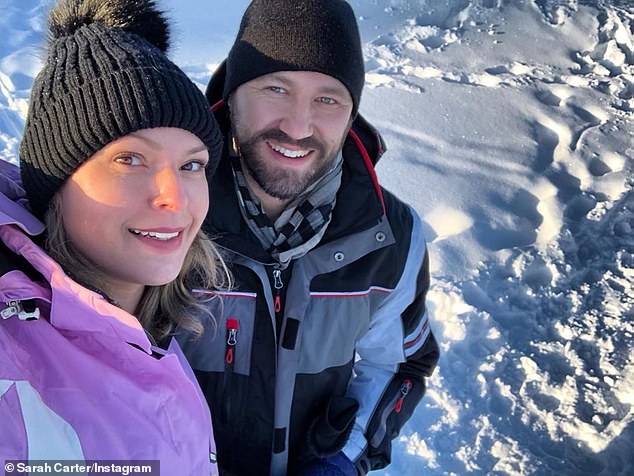 High-profile mayor Sarah Carter has called off her engagement to boyfriend Aaron Lipson after receiving information from a third party. They had just returned from Finland (above) 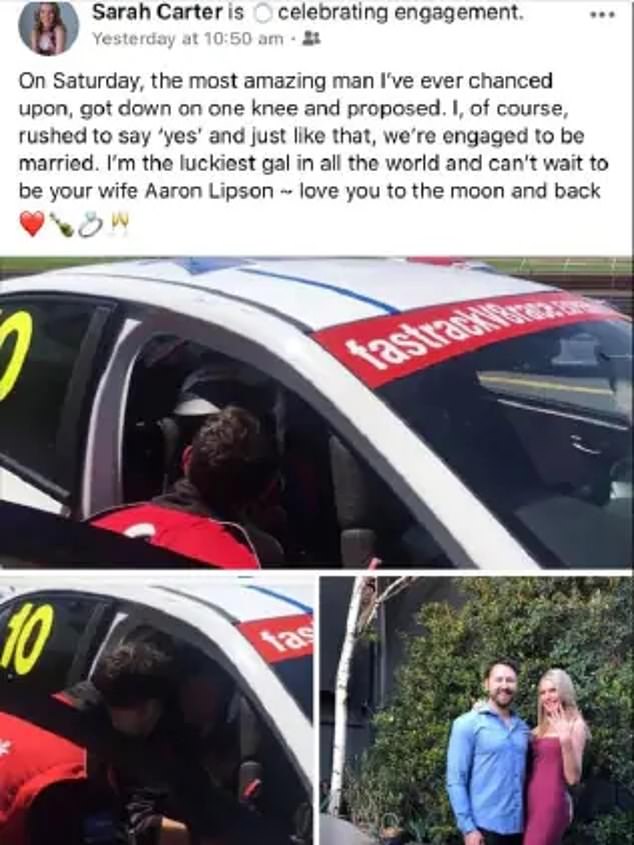 Over the weekend, she shared her upcoming nuptials with her boyfriend of eight months in a gushing Facebook post 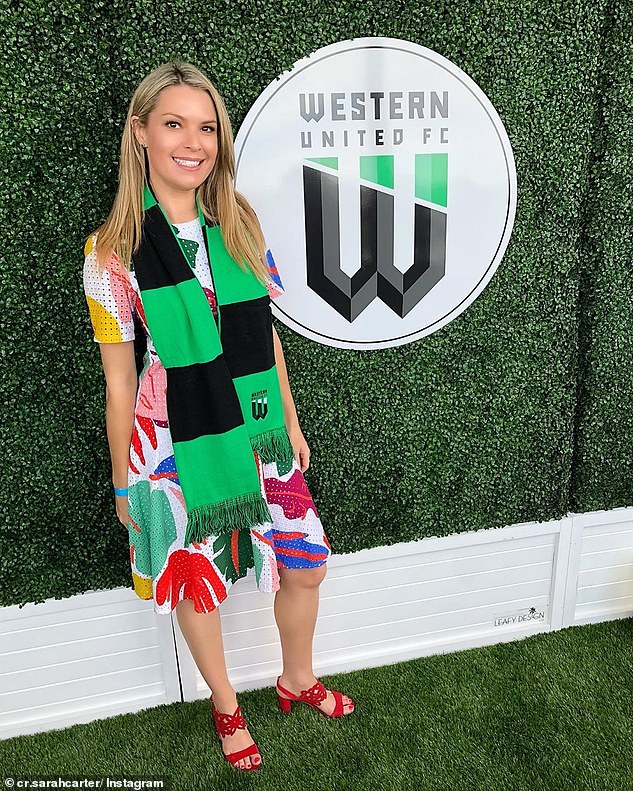 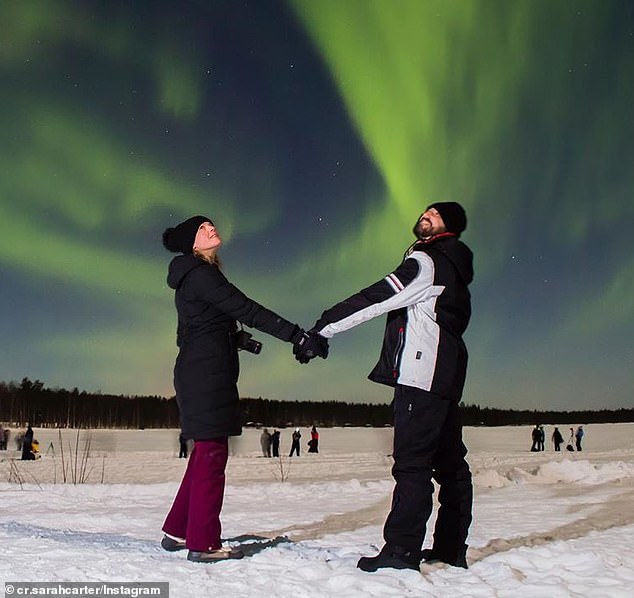 Ms Carter, an accomplished councillor who has enjoyed an accomplished political career in local government since being first elected to Maribyrnong City Council in 2008,  is pictured in hand-in-hand with her ex Aaron Lipson under the northern lights

On Thursday, a neighbour of Mr Lipson told Daily Mail Australia he had seen the seemingly happy couple together just last weekend.

He said the pair had only recently enjoyed a trip away overseas together.

‘I didn’t even know they had got engaged,’ he said.

Posts on Ms Carter’s Instagram page show the once happy couple enjoying Finland together in a once-in-a-lifetime trip to see the northern lights.

‘We came, we saw, we conquered. The magnificent aurora borealis ~ thank you Mother Nature,’ she posted hand-in-hand with Mr Lipson just weeks ago.

While there, Ms Carter accepted a dare to jump into the freezing Rovaniemi River, which she shared on social media.

But the openly public couple did not wish to discuss the break-up when approached by Daily Mail Australia on Thursday.

Ms Carter was equally as unenthusiastic.

‘I do not wish to make further comment. Thank you,’ she said.

Maribyrnong City Council spokeswoman Deidre Anderson was also not up for a chat, telling Daily Mail Australia it was a personal matter for the mayor and not something the council would get into.

Last weekend, Ms Carter had wrote in a gushing Facebook post her partner was the ‘most amazing man I have ever chanced upon’.

‘On Saturday, the most amazing man I’ve ever chanced upon got down on one knee and proposed,’ Ms Carter wrote in the post, attracting hundreds of reactions on the social media website.

‘I, of course, rushed to say “yes” and just like that we’re engaged to be married. I’m the luckiest gal in all the world and can’t wait to be your wife Aaron Lipson – love you to the moon and back.’

But while celebrating the news with her friends and family and basking in the glow of well-wishers, a third party phoned her to reveal some bad news.

Ms Carter returned to her Facebook page on Tuesday to tell her friends and family her plans to marry her advertising guru – who boasts Jeep, Nike and Heinz as his clients – were no more.

‘The wedding is off,’ she wrote in the second post.

‘Thank you to the woman for telling me, best to know now. 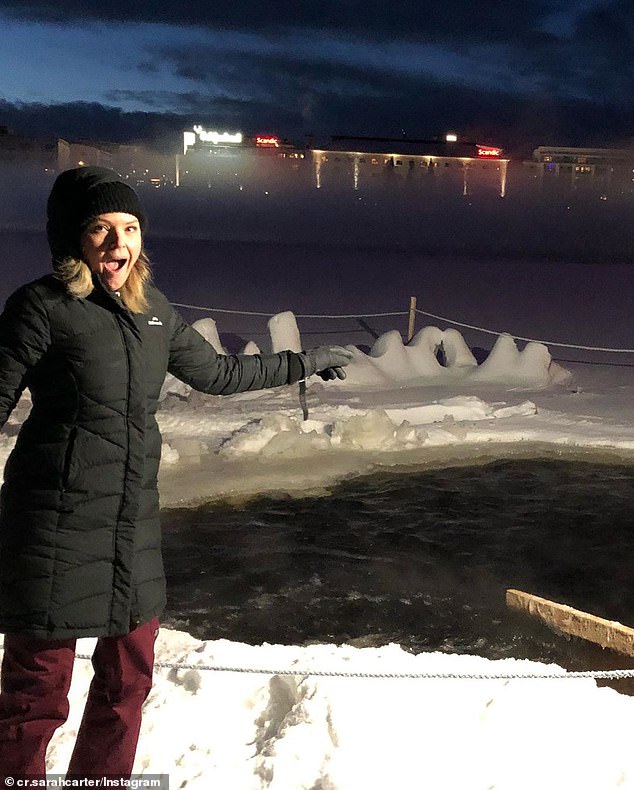 Returning to her Facebook page on Tuesday, Ms Carter said her wedding plans were no more. She had enjoyed a trip to Finland with her ex just weeks ago 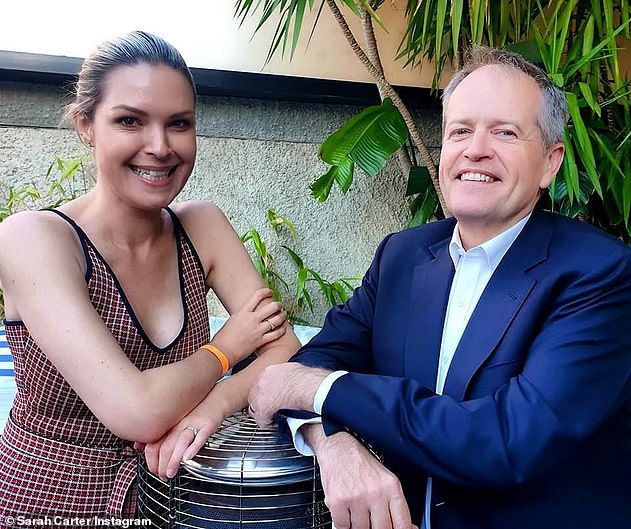 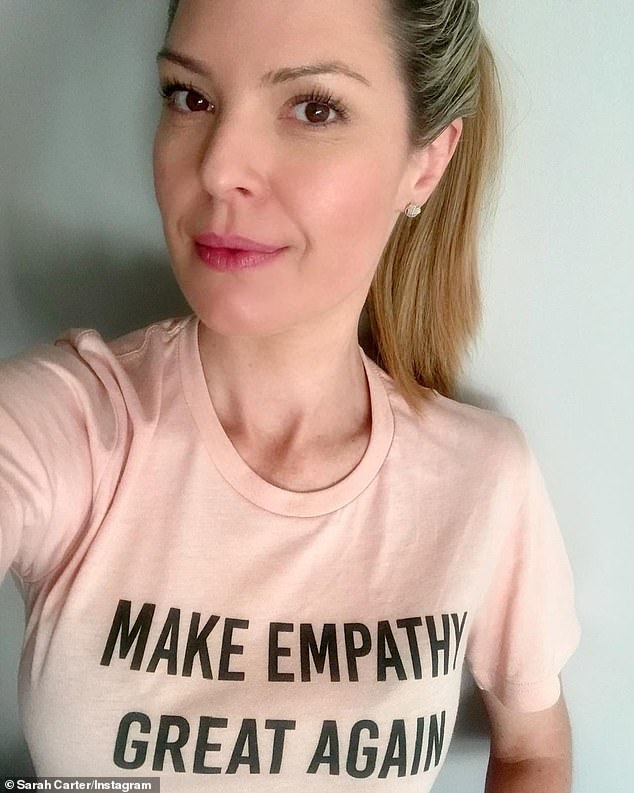 ‘Thank you to the woman for telling me, best to know now,’ Ms Carter wrote in the second post 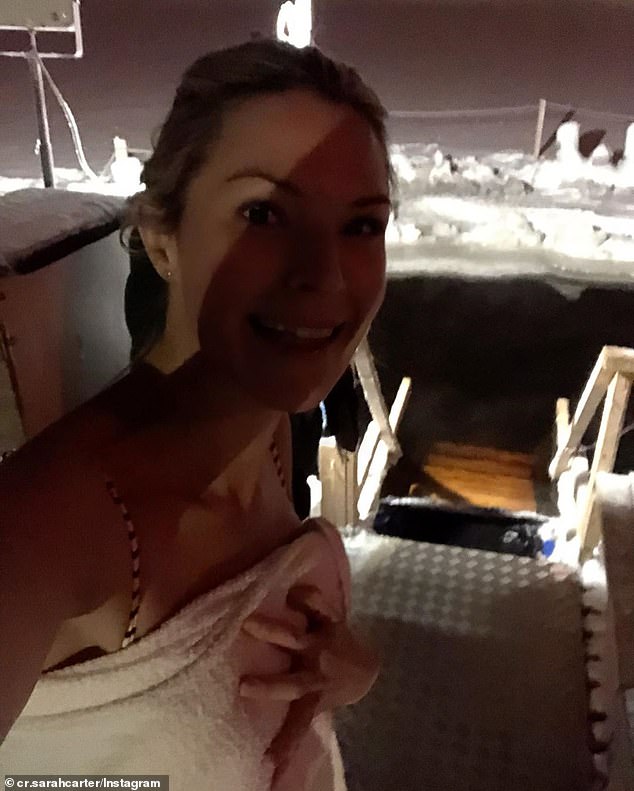 The glamorous councillor (pictured ) was elected to the suburban Melbourne council in 2008, before reaching the role of mayor in 2011. She is pictured in Finland where after jumping into a freezing river

The glamorous councillor was elected to the suburban Melbourne council in 2008, before reaching the role of mayor in 2011.

Her political interests include gender equity and social justice

Ms Carter also spoke about the whirlwind of emotion in such a short space of time – leading from the happy moment to the shock separation.

‘It’s too soon and too raw,’ she told the Herald Sun.

‘I’ve gone through the highest of highs and the lowest of lows in a very short space in time and am just trying to get through it with family and friends.’ 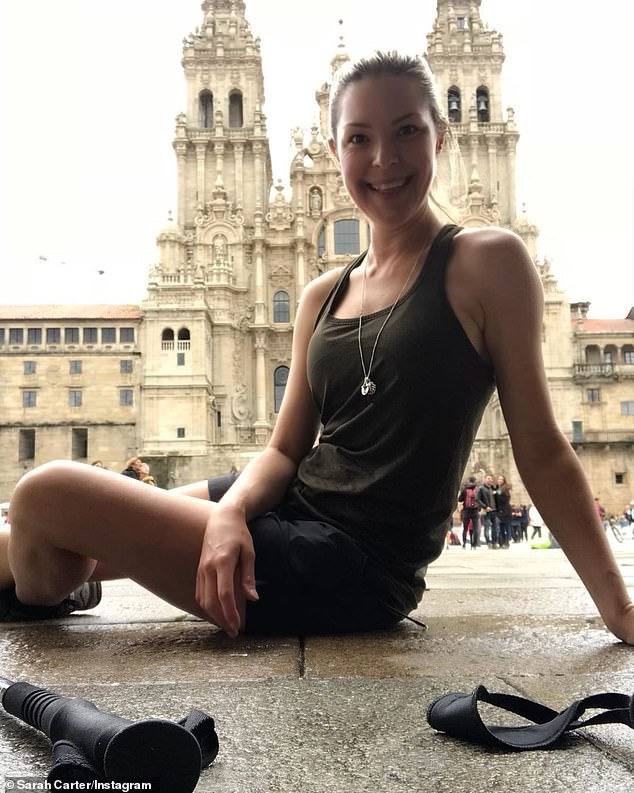 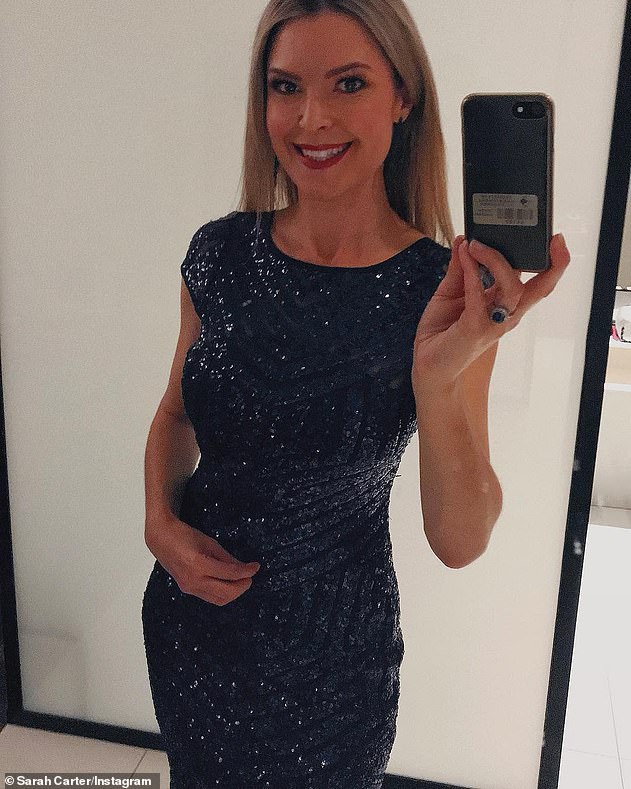 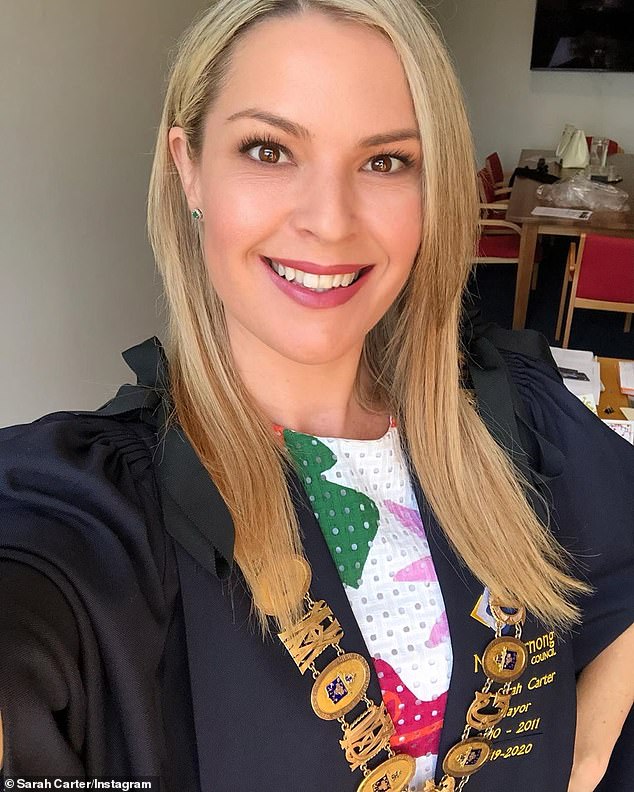 The now former fiance of Ms Carter has refused to comment on the claims, saying it is a ‘private matter’