TERRIFYING footage shows the moment a massive hyena launched an attack on an elderly man and his little dog.

The chilling video shows the snarling beast pounce on the terrified gentleman before attacking a motorcyclist. 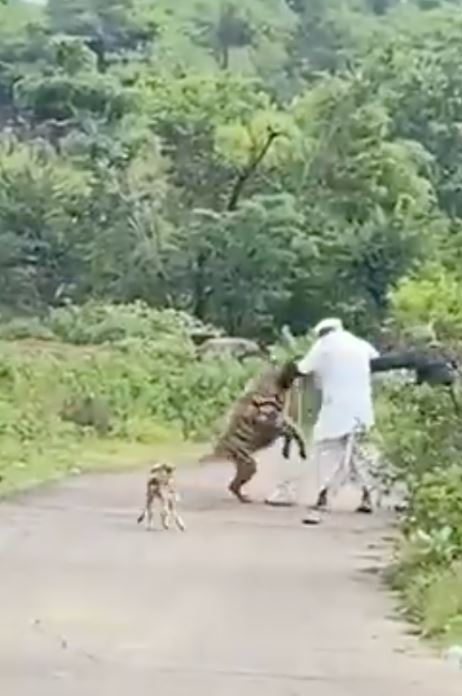 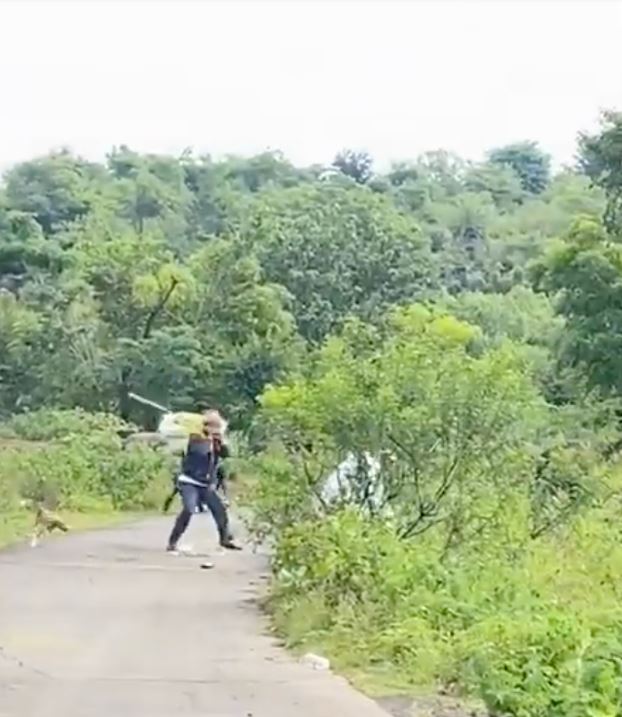 As soon as the hyena attacked, a passerby attempted to rush to his aid before the animal snarled at him.

One man can be seen either using a large stick or knife to beat away the vicious beast.

It was found dead around 28 miles away from the scene of the attack, which also saw the man’s dog running for its life.

The incident took place in the Kharpudi village of Khed taluka in Pune city of the Indian state of Maharastra.

An official from the forest department maintained the animal was already injured before attacking the two passersby.

Deputy conservator of forest,s Jayaramegowda R, said: “One elderly person and a biker have been injured in the attack by a hyena in Kharpudi village.

“Attacks by hyenas are not very common. We have come to know that the hyena was already injured when it attacked the two persons.

"The animal was found dead later. We believe that the irritation caused by the injury may have triggered the attack.

“We have initiated the process to provide compensation to the two injured persons.”

Hyena attacks are thought to be very rare, with tigers more likely to launch a vicious ambush.

Last year a massive Bengal tiger charged after a terrified man before mauling him as he plunged into a 15ft put.

The beast chased after a screaming crowd in Tezpur town in Assam, India, in November last year.

Incredible footage captures the moment locals flee for their lives, with the tiger in hot pursuit.

Terrified screams can be heard as several men speed across a grassy verge that borders a dusty pit.

The tiger can be seen close behind them, its huge paws thumping at the ground as it quickly closes in.

The first two men escape by the skin of their teeth – but a third isn't as lucky.

The tiger can be seen throwing itself at the man and sinking its claws into his back just as he jumps into the pit – pushing him face-first into the dust.

The cameraman's shaking hands fail to capture the moments after, instead featuring shots of the ground as petrified moans and shouts continue to be heard.

Royal Bengal tigers can weigh up to 200kg (31 stone) and are an endangered species. 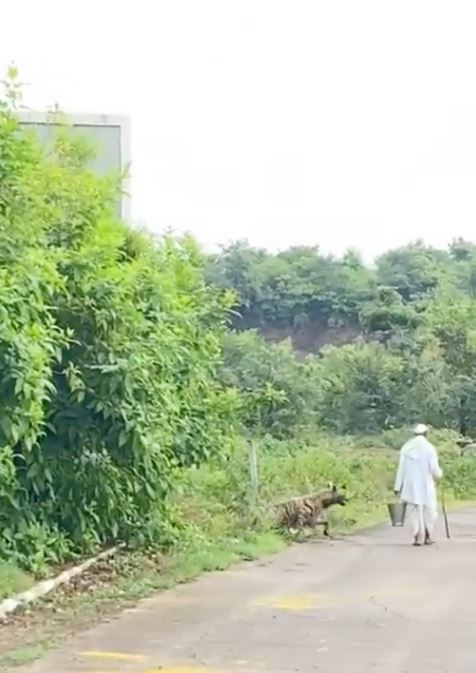 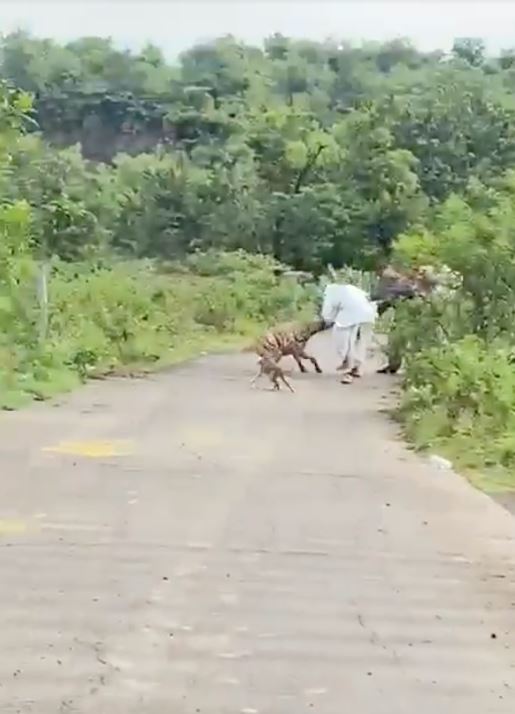