THIS is the horrifying moment a seagull pulled a live bunny out of the ground and swallowed it whole.

The Great Black-backed Gull was captured on camera on  Skomer Island off the Pembrokeshire coast as it downs the rabbit in several large gulps. 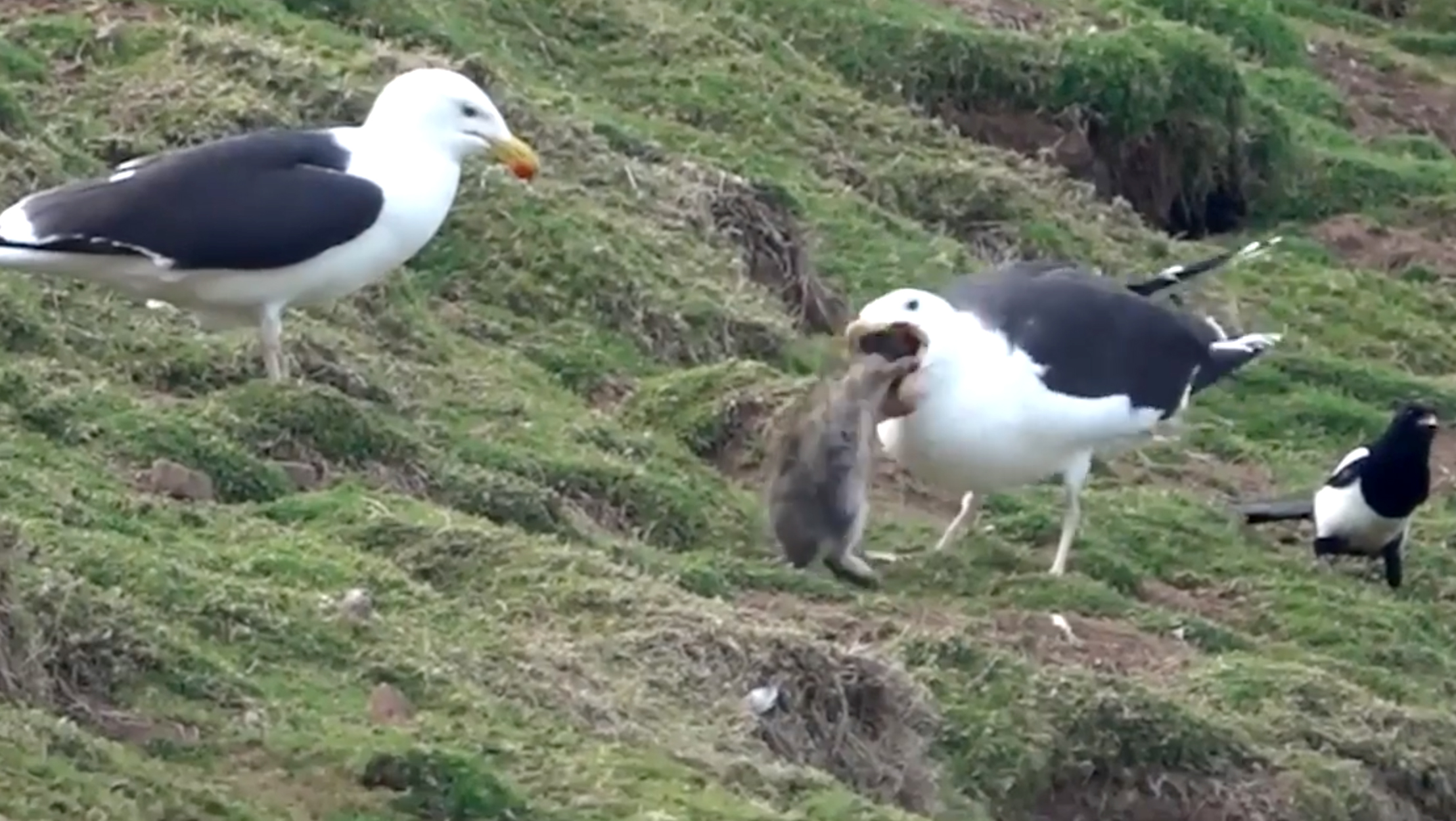 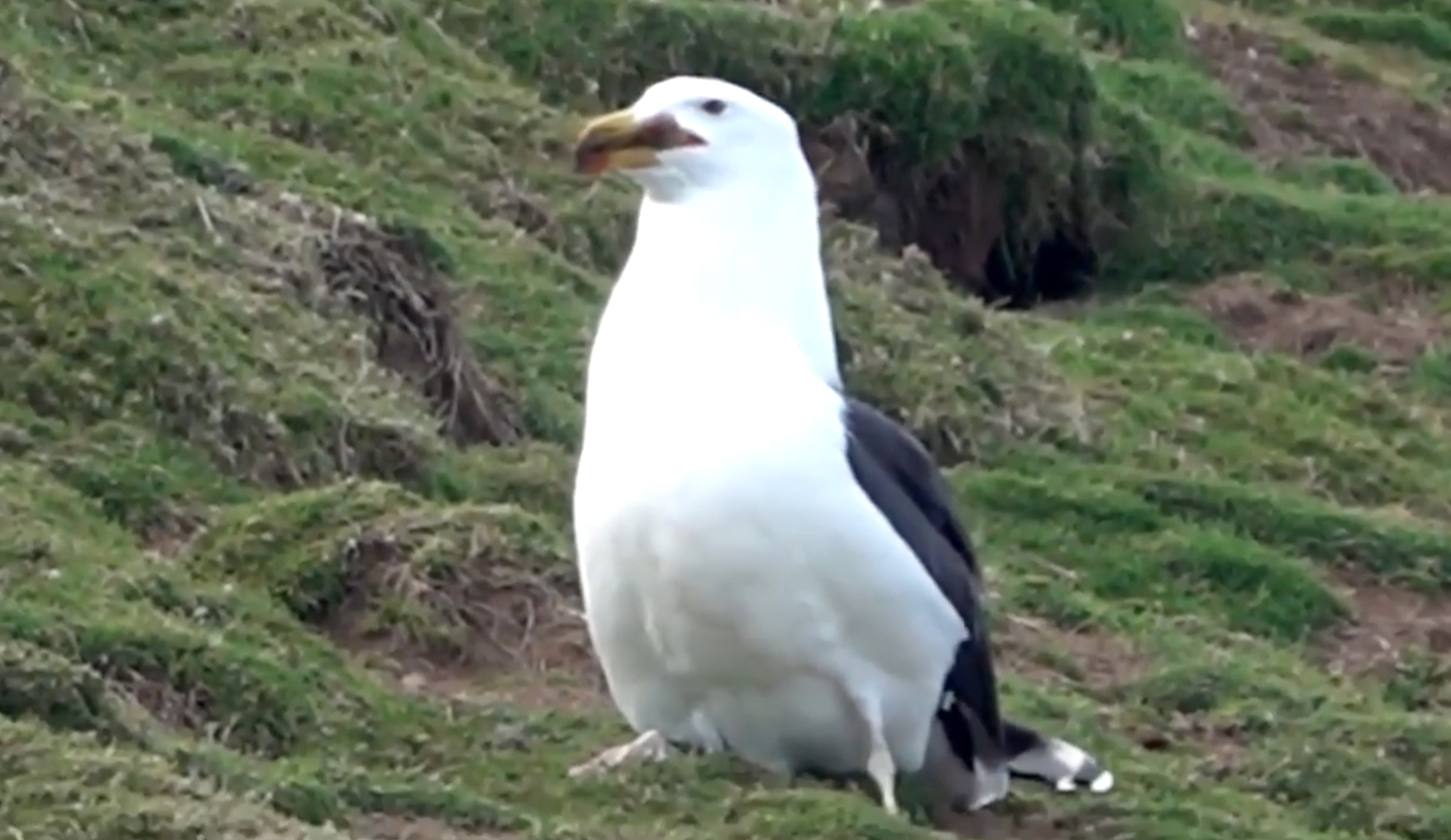 The brazen bird pulls the bunny out with its beak headfirst and begins swallowing it after plucking it from its burrow.

The island's wildlife team thought the gobbling gull may have bitten off more than it could chew with this Easter bunny.

But after a quick pause the rabbit's back legs disappeared down the Great Black-backed gull's throat too.

A spokesman at Skomer Island, which is managed by the Wildlife Trust of South and West Wales, said: "Rabbits are an important part of their diet when none or very few small seabirds or seabird chicks are available."

The remote island is home to thousands of puffins that outnumber people by 4,400 to one.

It also houses the world's largest colony of Manx shearwater – with more than 300,000 pairs.

Two wardens Nathan Wilkie and Sylwia Zbijewska, both 29, live on the  island surrounded by wildlife including puffins, seals and shearwaters.

They have worked on the island since 2018 for The Wildlife Trust of South and West Wales.

The pair had visited the mainland for an off-season break before returning to Skomer Island.

But Nathan then developed a cough so the housemates decided to self-isolate in their remote home for two weeks.

Sylwia said: "You would imagine that us being isolated for most of the year, that what happens on the mainland doesn't really affect us, but in this situation it does."

Their only neighbours are three new island recruits who recently arrived to help out on the nature reserve.

Nathan and Sylwia are now relying on friends and local stores to leave supplies on the jetty for them to collect.

Nathan said: "One thing we definitely miss is ice cream. That's quite difficult to get out to us without it melting.

"We probably don't watch as much Netflix and films as other people are used to."

The pair  hope to live-stream scenes from the island and its wildlife in the coming months while the coronavirus outbreak continues.

But there is concern over the long-term future of the island after boat trips for hundreds of visitors may have to be cancelled.

Nathan added: "The ramifications of the loss of that income would be catastrophic for us all."

They are now trying to "update everyone who would be visiting as often as we can". 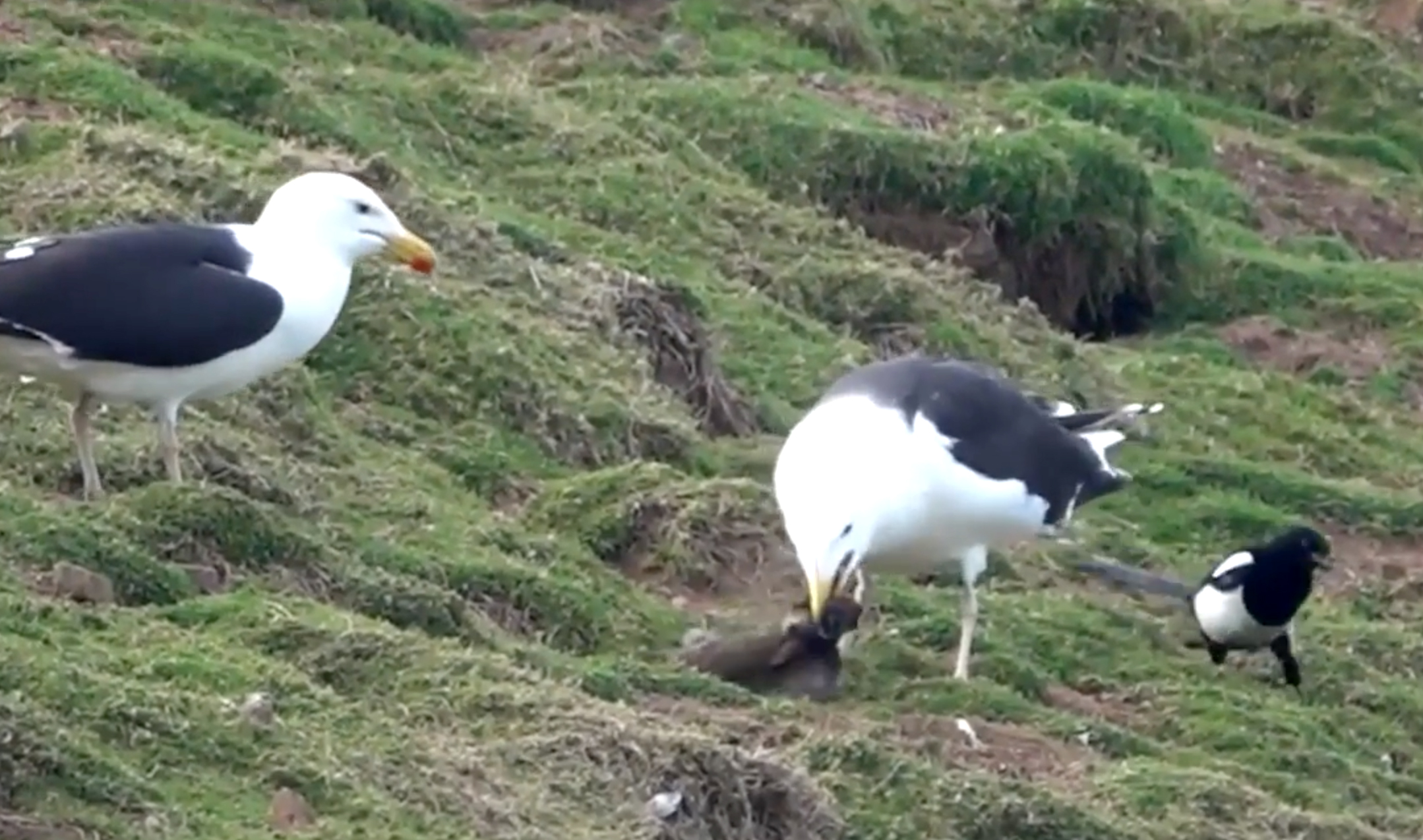 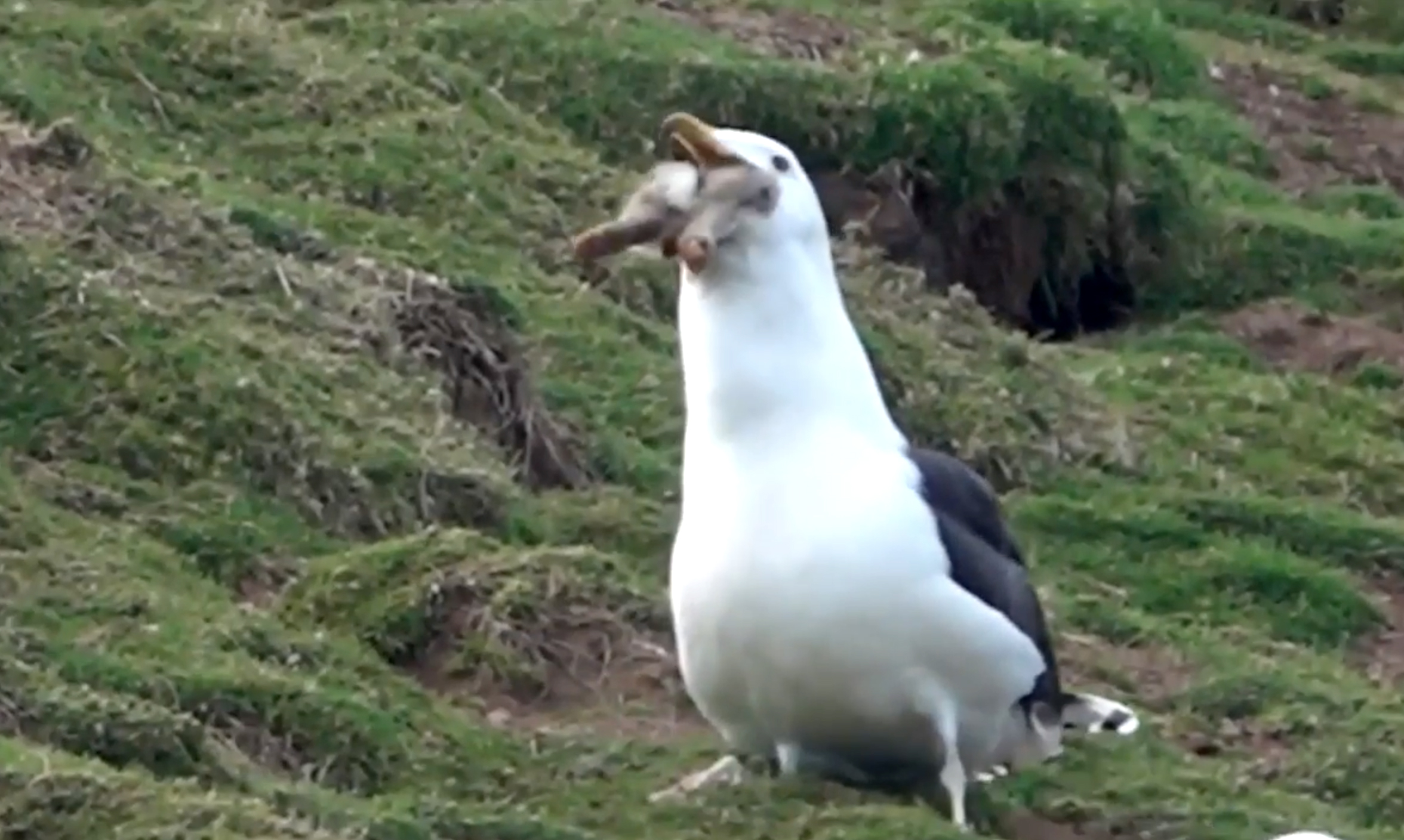