A DISABLED man claims he is unable to eat or sleep due to an infestation of rats in his property.

Michael Rutherford, 57, has lived at his home in Grimsby for 22 years but says he realised his house was plagued by the rodents at the beginning of September. 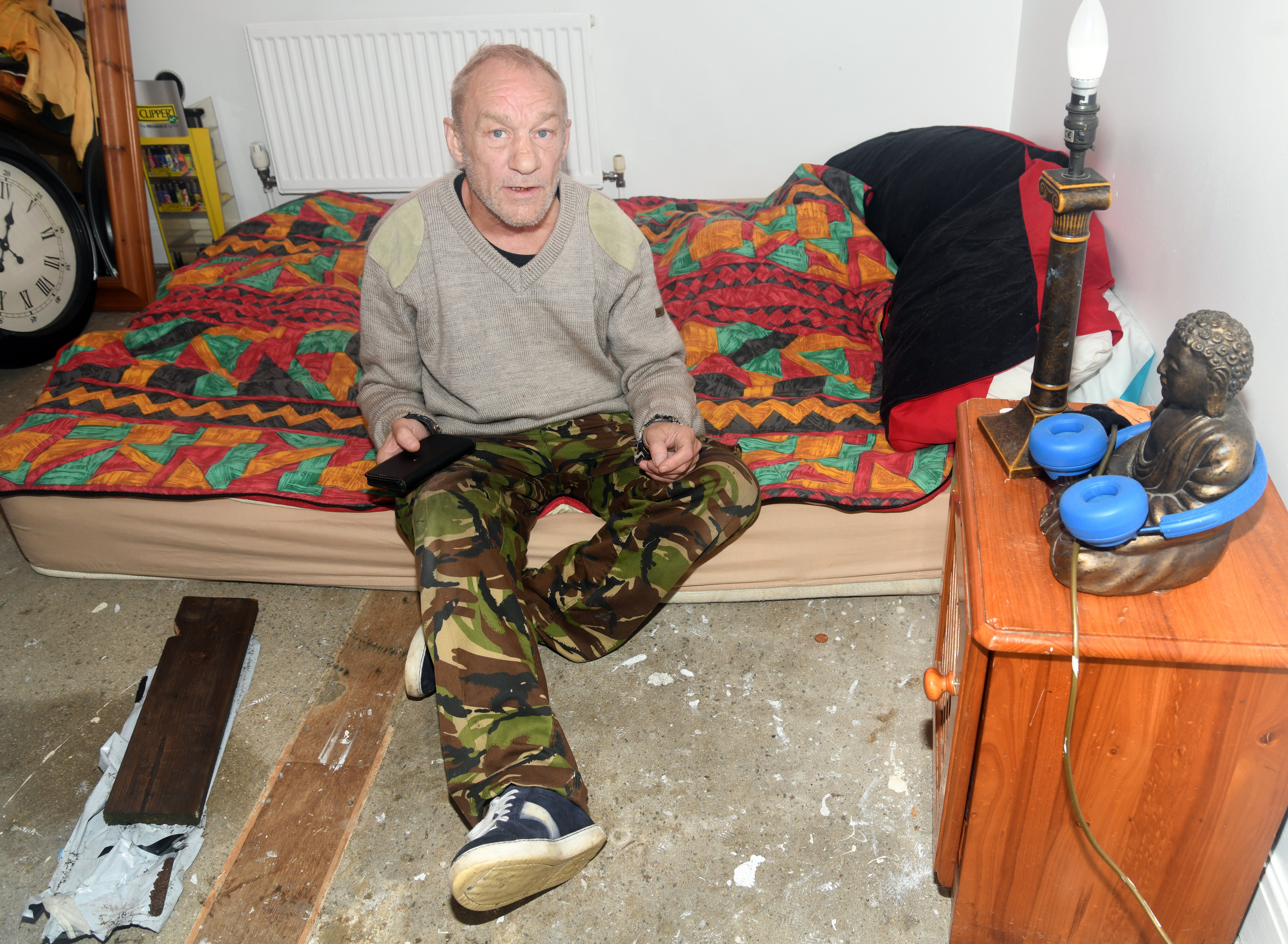 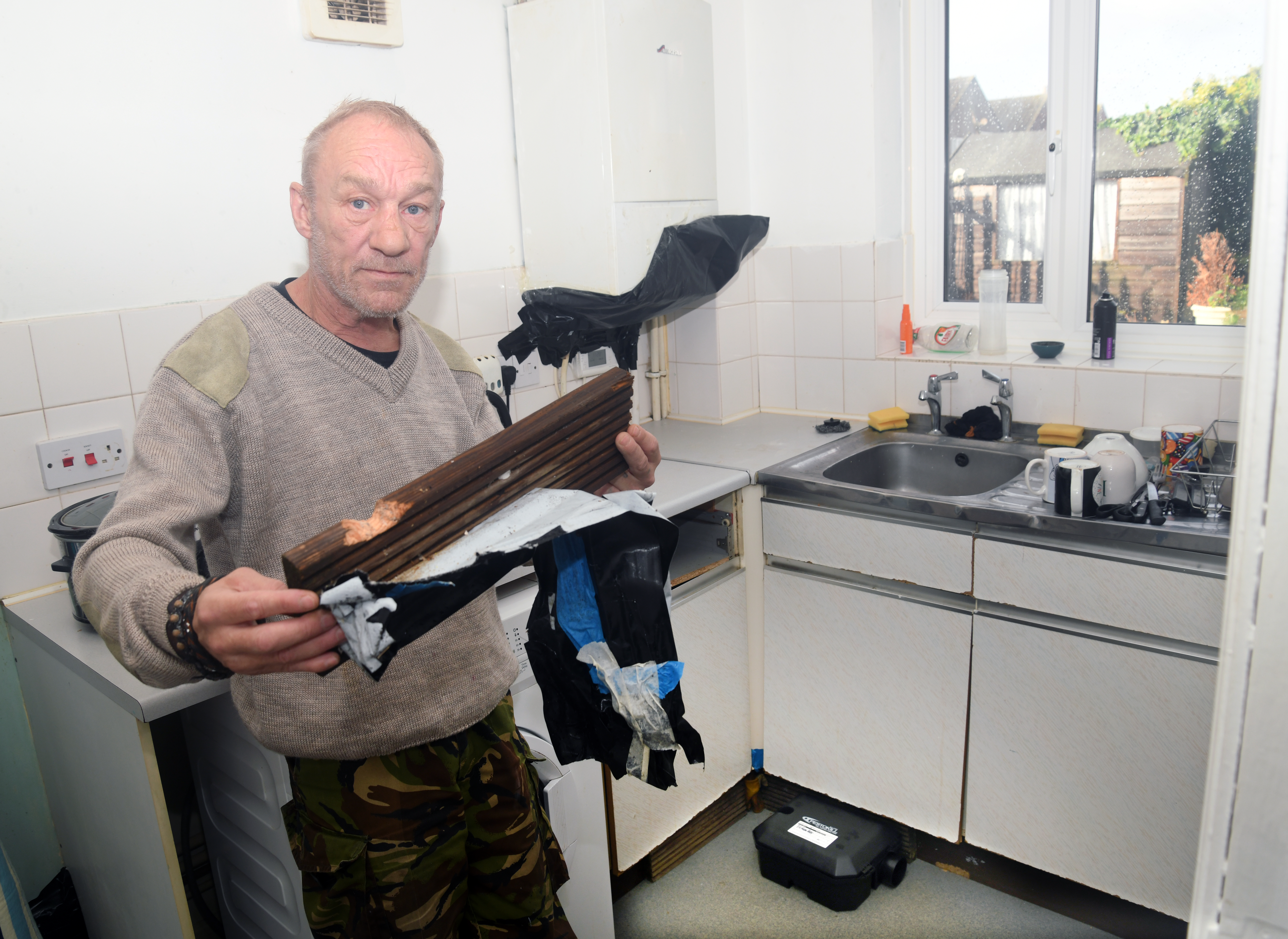 He woke up in bed after hearing a sound, and spotted a rat running across it.

The rodents are now chewing their way through his furniture, clothing and shoes as well as soaking his kitchen in urine.

Mr Rutherford told Grimsby Live: “I realised they'd been everywhere in my house and they've chewed everything to bits. I've got nothing left – just a sofa and a mattress on the floor in my bedroom. I can hear them at night chewing. I've not slept or eaten and I've got nowhere else to go."

Mr Rutherford contacted his housing provider, Sanctuary Housing, to inform them about the situation and they sent out a pest control worker. 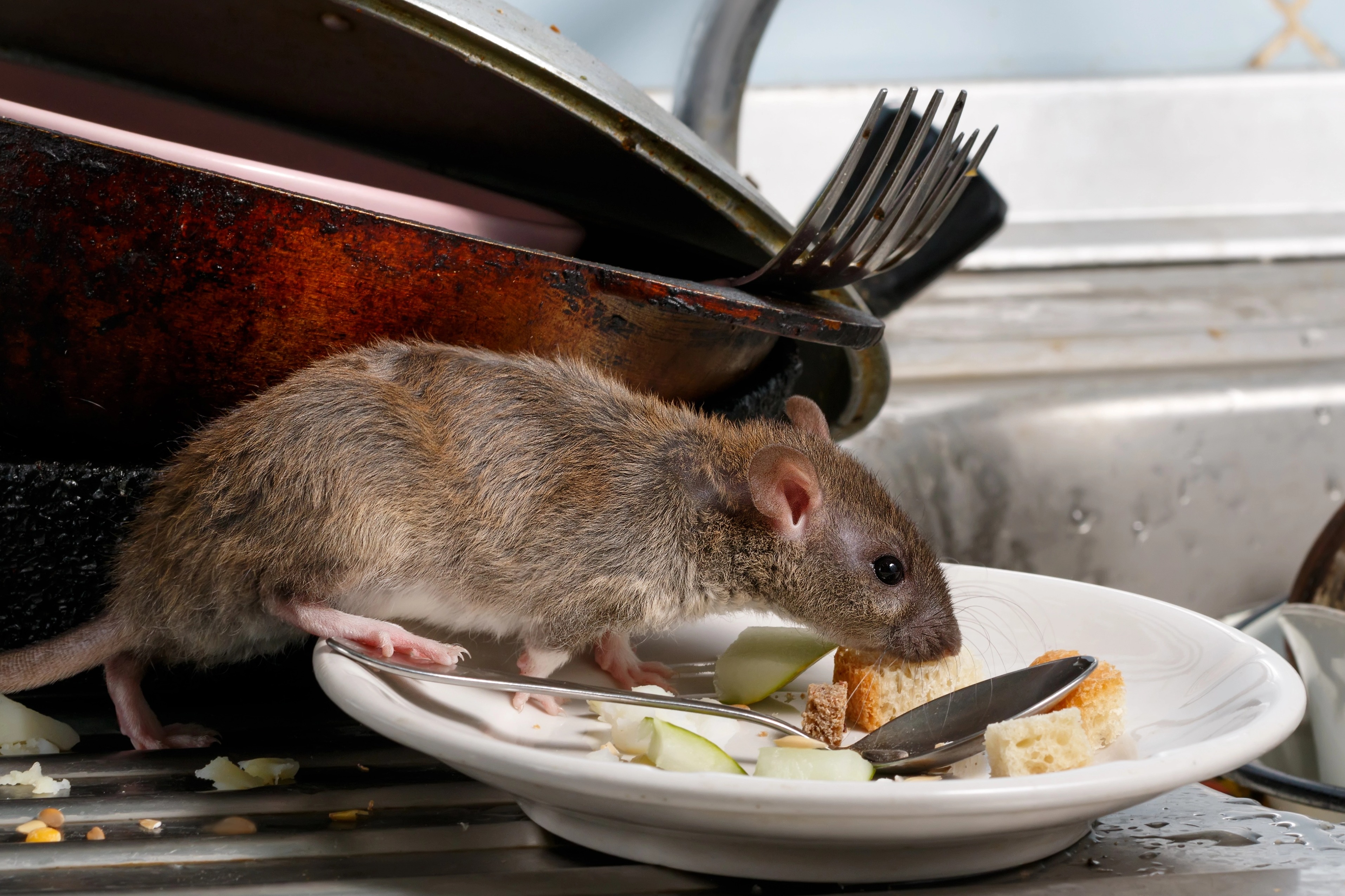 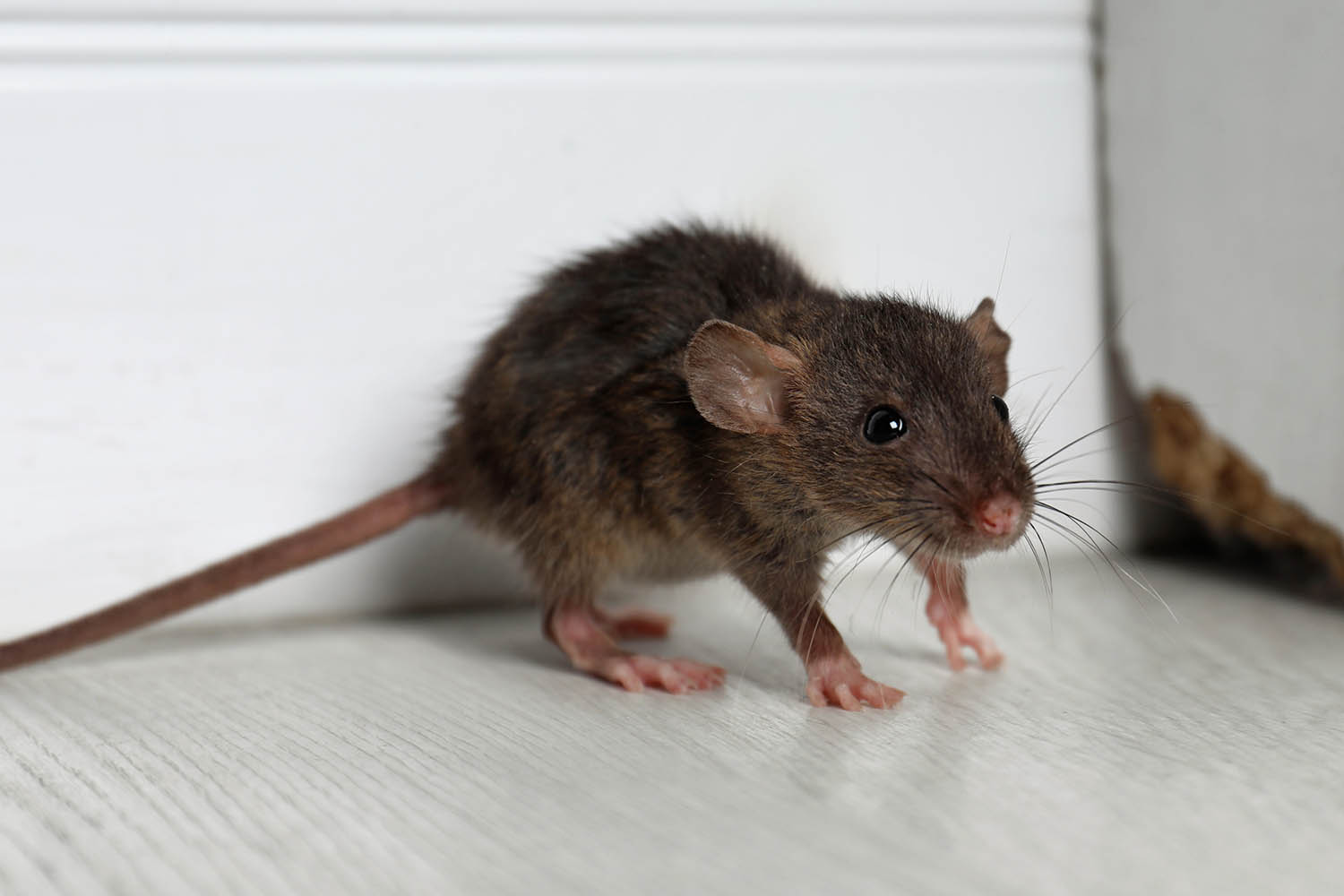 But because he has a dog, rat poison was only left in his garden and not inside his home.

Mr Rutherford said: "He came back a week later and this time he left the poison inside my house. But while he was away, they were biting through my doors so I made a trap for them.

“Where they'd been biting through my doors, I put a load of putty there because I didn't know where they were coming from.”

Mr Rutherford added that one morning he noticed the putty led to a hole underneath his kitchen sink.

PENNY FOR YOUR THOUGHTS

Mordaunt storms out of No10 after being snubbed in Rishi's Cabinet

When the pest controller returned for a second told, he told him where the animals appeared to be coming from.

Mr Rutherford added: "I said to him, 'They're coming from under there, mate', and he said he couldn't get down there.

“They've done nothing for me. I said they couldn't leave poison in my house and he did, and then he told me he couldn't get down to where the rats were coming from, so I asked him to leave politely because he hadn't done anything.”

'THEY'VE DONE NOTHING FOR ME'

Mr Rutherford claims pest control visited the house for a third time and discovered a “massive hole” in his kitchen wall and put rat poison at the back of the cupboards, but he says this has made no difference.

A Sanctuary Housing spokesperson said that workers will be visiting the property again this week and were “committed” to supporting Mr Rutherford.

The worried tenant said that before he goes to sleep, he ties his bathroom door to his front room door with a scarf to make sure the rats don’t bring in the poison to somewhere where his elderly dog could get it.

An appointment has been made for November 10 when Sanctuary Housing workers are due to dismantle his kitchen, fill in the holes where the rats are coming from, and then put back the same kitchen units, even though Mr Rutherford says they “smell of rat urine.”

Mr Rutherford said: "I haven't eaten in that kitchen for weeks now. All I do in the kitchen is cook my dog's chicken in a slow-cooker and make a cup of tea. I can't eat, I can't sleep, I feel like I'm going to have a breakdown, and they're telling me they're going to come back on November 10 to dismantle my kitchen, fill some holes in and put the same kitchen back together.

“That kitchen has been in here for 32 years and they should fit me a new kitchen, I'm due one.

"That kitchen is falling to bits, it smells like rat urine and is full of holes. And November 10 is too far away.

“I've rung about eight times and told them I'm going to have a breakdown, that I want to move out of the property – but I've got nowhere to go. It's madness."

Mr Rutherford, a recovering alcoholic, said the situation is making him feel like drinking again.

"I'm scared that it's going to make me drink again. The weight I've lost is unbelievable," he added.

A spokesperson for Sanctuary Housing said: “We are in regular contact with Mr Rutherford and last month employed a pest control contractor to investigate this issue and offer him support.

“The contractor carried out a follow-up visit on Friday 21 October, will be visiting again this week and we remain committed to working with Mr Rutherford and our contractor to ensure this issue is resolved.” 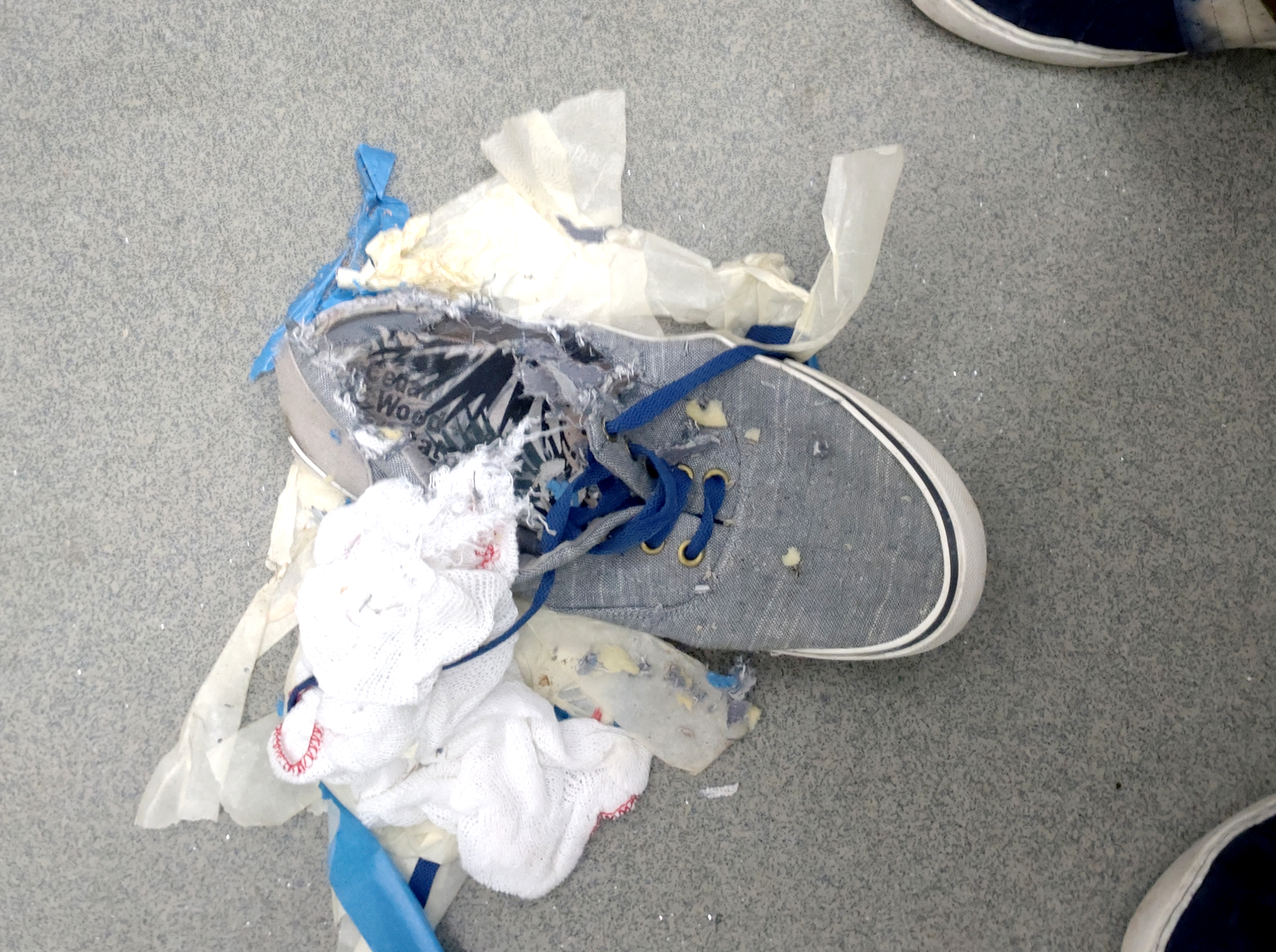