Andrew Derbidge woke up on New Year’s Day feeling like he’d been stabbed in his eye. Three days on, the cancer survivor from Sydney’s north shore, now 47, was in the emergency department of the local hospital. 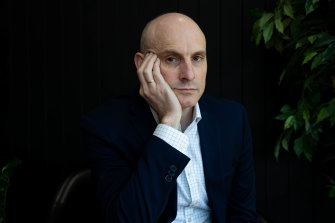 Andrew Derbidge had shingles in his eyeball, and spent 6 weeks in a dark room recovering.Credit:Janie Barrett

“My vision shut down quite badly. I sat in a dark room for six weeks. I couldn’t drive, couldn’t take the kids to sport, couldn’t work. I couldn’t look at any device, not even the television. My sainted wife took over,” he said.

In five years, official notifications for shingles have doubled, from 7500 to 16,000 – but experts say that number is more likely to be close to 120,000 a year. Director of the National Centre for Immunisation Research and Surveillance Kristine Macartney said the reporting still remains incomplete.

“We are missing the full picture,” she says.

But sufferers fill in the gaps. Anyone who has had chickenpox can get shingles. The virus lies dormant until it doesn’t. There are unproven claims that stress can set it off, but it’s more likely to happen when your immune system is compromised. Usually, the rash appears first, bubbling and tender. Then the headaches and muscle pain, fatigue, sensitivity to light. But it is the nerve pain that is excruciating, they say; and can go on for months and years.

Professor Macartney has seen children as young as three with the disease but says younger patients don’t have the same terrible pain. Older patients experience what is called postherpetic neuralgia, a piercing, spiky itch that keeps sufferers awake for days.

In 2016, Zostavax, a live vaccine, was added to the national immunisation program – but only free for those over 70 and take-up has been less than a third. This week, a new vaccine, Shingrix, with better efficacy, hit the Australian market but it is only available privately, around $500 for complete coverage of two doses.

Professor Macartney said the last time manufacturer GSK applied for Shingrix to be made available on the national program, it was rejected, and supply to Australia was delayed. The cost is prohibitive.

“It has a lot of promise but it does need to be made available in a way people can access and afford it,” she says. “There is an unmet need, particularly in the over 50s and people with compromised immune systems.”

Elliott Pearson, 31, a graphic designer from Melbourne’s Bentleigh East, had a red mark on the back of his head four weeks ago and didn’t think anything of it. 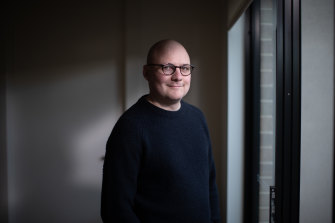 “Then I went to the doctor with a massive lump on my neck and I thought, ‘I’ve got something really bad’.”

“It was strange because I’d been in the doctor’s sitting room and looking at a poster for shingles vaccinations for the over 70s. The vibe was that it was really for old guys,” said Mr Pearson.

Director of the Australian Centre for HIV and Hepatitis Virology Research and an expert in vaccine development at the University of Sydney Professor Tony Cunningham, who worked on the research for both vaccines, said Australia needed to value prevention more than it does. He predicts that in 50 years time, shingles will have disappeared because Australians will all have been vaccinated against chickenpox.

“But in the interim, we have to do something.”

He advises seeking medical advice as soon as possible after the onset of symptoms. Immediate use of the antivirals will lessen the impact.