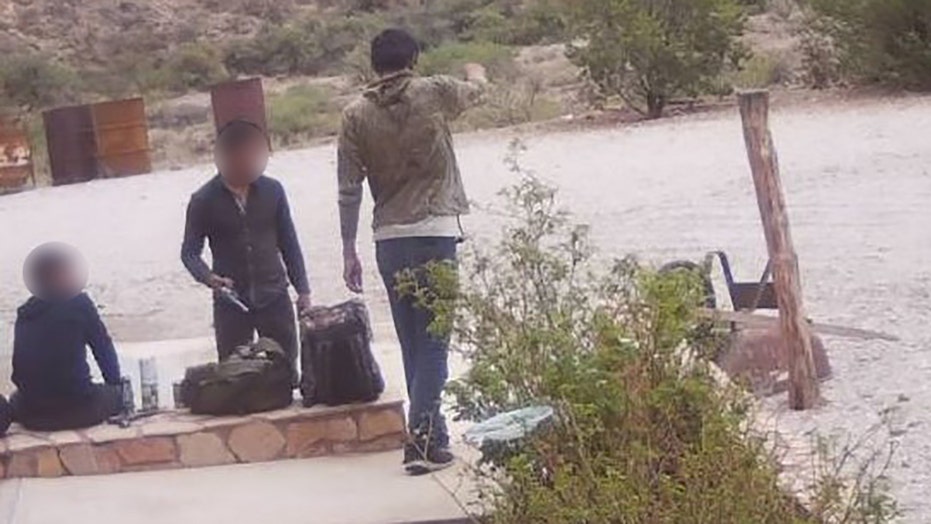 A group of undocumented migrants broke into a Texas ranch house near the border with Mexico on Tuesday and stole firearms, ammunition and other items, authorities said.

Border agents in the Big Bend Sector responded to the ranch house in Sierra Blanca, Hudspeth County, that had reportedly been burglarized and encountered three armed undocumented migrants, U.S. Customs and Border Protection said in a news release.

Sierra Blanca is located about 20 miles northeast of the Mexico border. 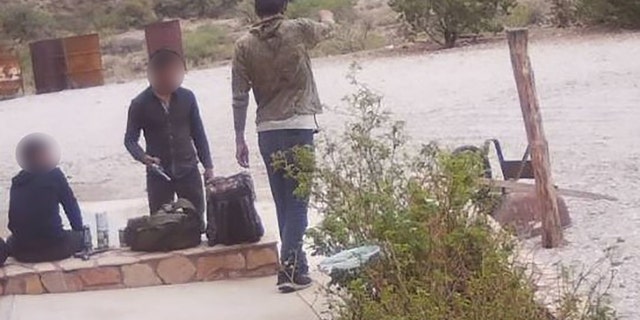 Three armed undocumented migrants, who appear to be males, were encountered in Hudspeth County, Texas, on Tuesday after allegedly breaking into a ranch house and stealing two loaded handguns, ammo and other items.
(U.S. Customs and Border Protection)

Agents searched the three migrants and discovered two loaded handguns, ammunition, food and clothing that had been stolen from the ranch house, CBP said.

Officials released photos that show what appear to be three males, two of whom are holding handguns.

“Through extensive training, our Border Patrol Agents are always prepared and ready to respond to various scenarios,” Big Bend Sector Chief Patrol Agent Sean L. McGoffin said. “Without hesitation, these agents responded to the ranch house and safely secured the location, the stolen weapons and the undocumented non-citizens.” 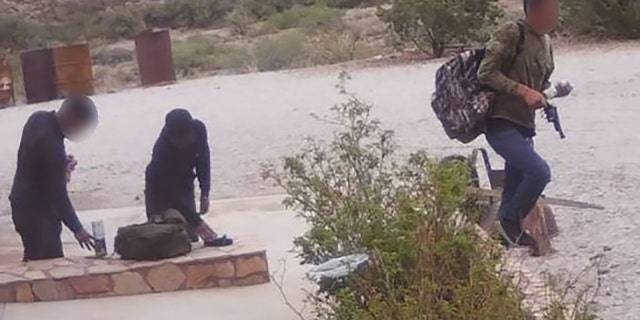 The Hudspeth County Sheriff’s Office responded along with border agents and took the three migrants into custody.
(U.S. Customs and Border Protection)

The three migrants were taken into the custody of the Hudspeth County Sheriff’s Office for further investigation. The trio may also face state charges for trespassing and theft of property.

“With the presence of weapons in the wrong hands, this situation could have turned violent; fortunately, our agents were able to control the encounter and bring it to a peaceful resolution,” McGoffin said.

Arrests along the southern border with Mexico have surged this year to their highest monthly averages in two decades, with Republicans blaming Biden’s immigration policies for the influx.

CBP has reported nearly 930,000 illegal immigrant encounters at the southern border since January.

More than 180,000 migrants were encountered in May alone.