THIS is the incredible moment two wedding guests fight tooth and nail for the bride’s bouquet.

Dramatic footage shows a smiling newlywed throw the coveted bunch behind her before two women try to catch it – instead ending up locked in a very messy brawl. 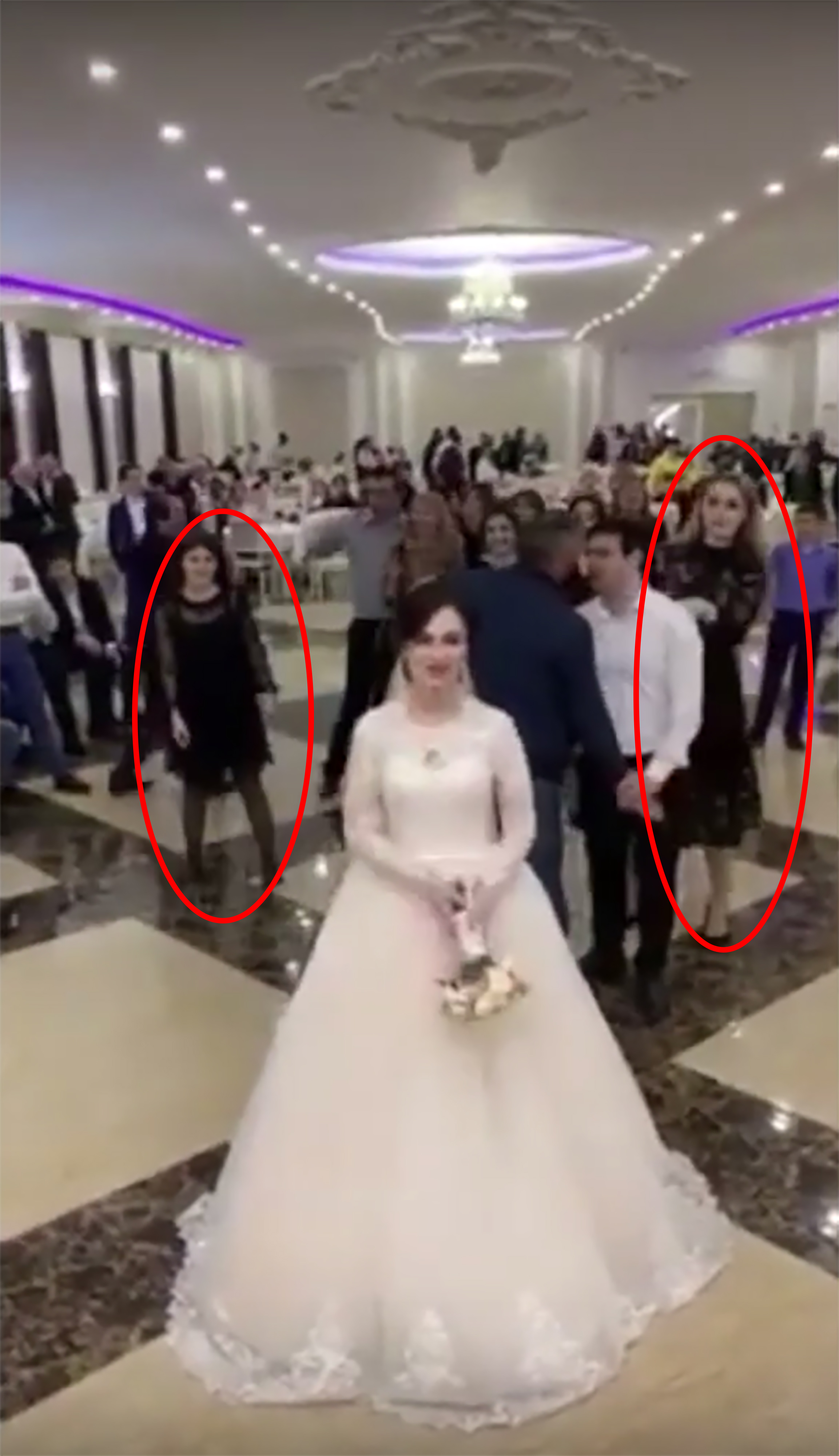 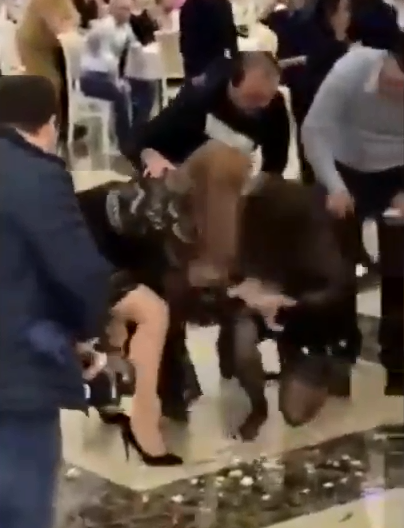 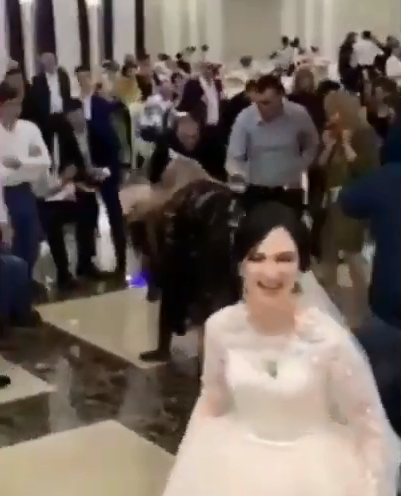 They are seen sprawling on the marble floor during the battle of the bouquet as family members and other guests watch on in amazement.

The wedding wrestling bout was at the nuptials of a North Causcaus couple where there is no tradition of the bride throwing the bouquet, say reports.

Petals from the flowers were seen scattered over the floor.

After the fight was over the pair glare at each other.

The winner is seen being congratulated by guests while the loser receives commiserations.

The bride seemed impressed at the wedding warfare, saying to the camera as she sat at the top table: “Did you see that?”

The wedding was believed to have been in the city of Vladikavkaz.

One commentator seemed impressed, writing: “They are like Khabib (Nurmagomedov) and Conor (McGregor).”

While another added: “If they were fight like this for flowers, what would happen to their husbands if they mess up?” 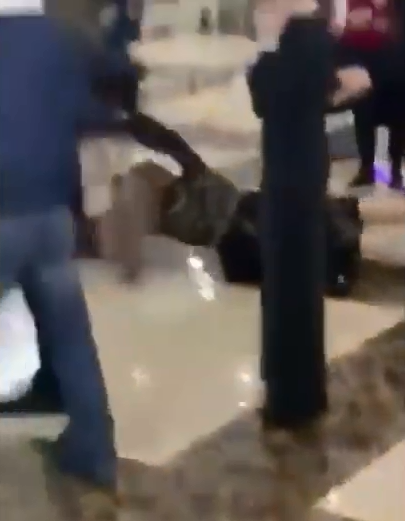 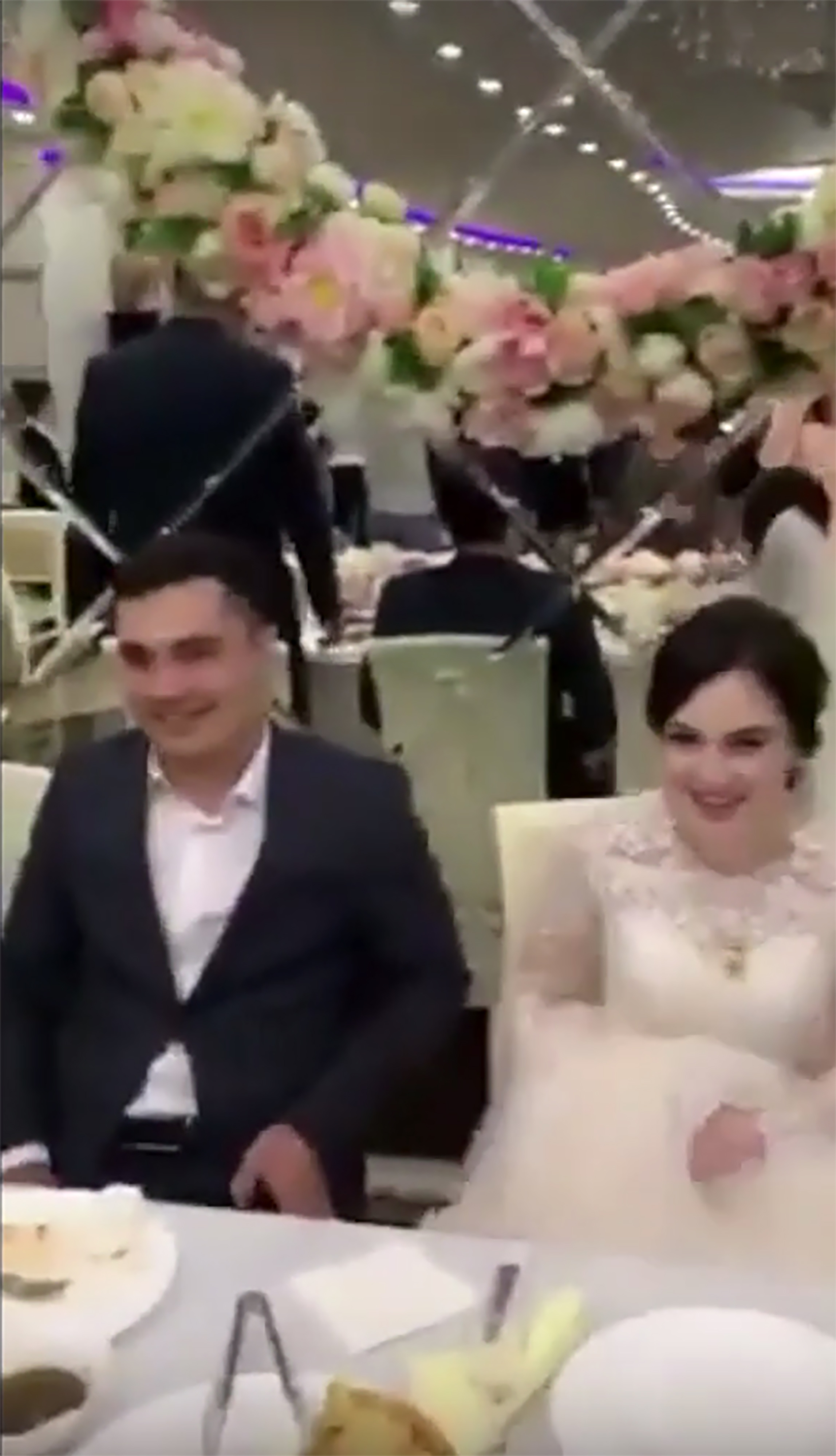