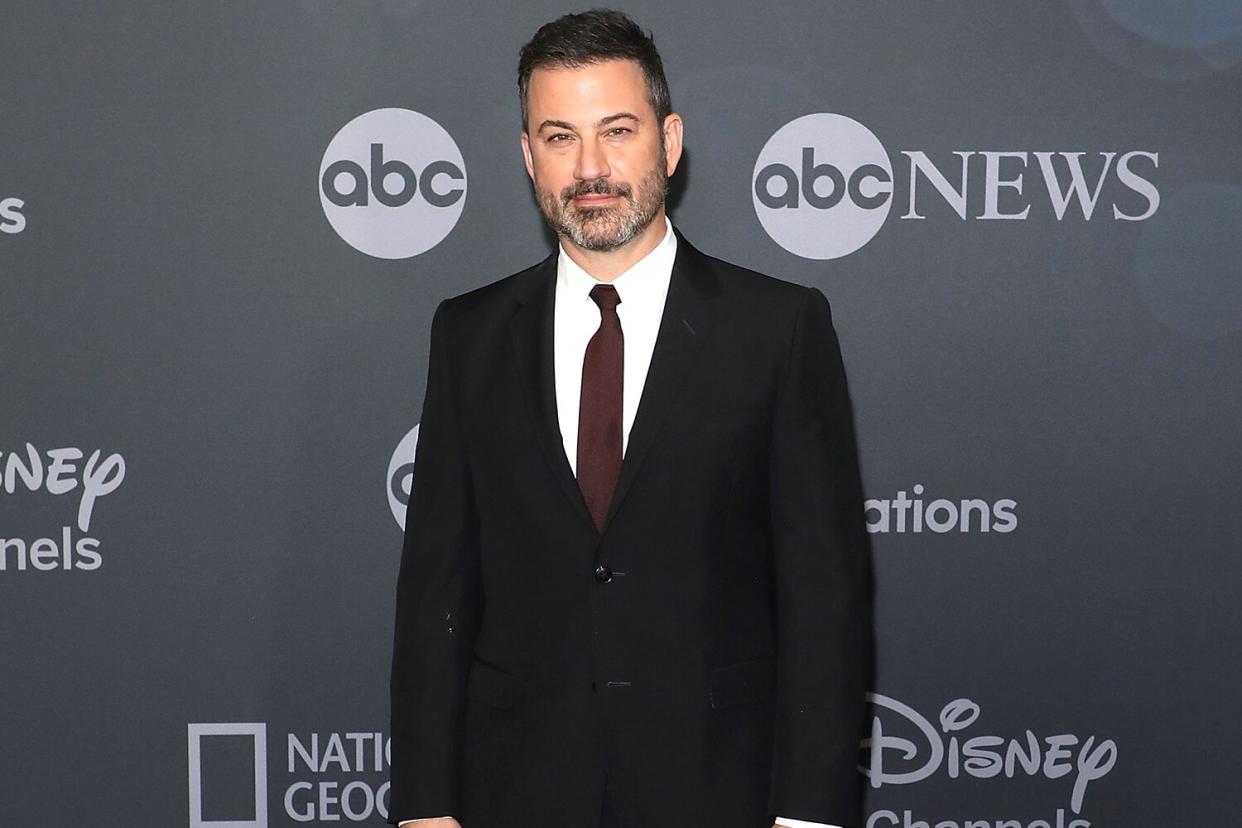 Jimmy Kimmel is headed back to the Oscars — and it will be a family affair!

"Being invited to host the Oscars for a third time is either a great honor or a trap," Kimmel said in a news release Monday. "Either way, I am grateful to the Academy for asking me so quickly after everyone good said no."

Weiss and Kirshner say they are excited to have Kimmel back. The broadcast will air from Dolby Theatre at Ovation in Hollywood.

"We're super thrilled to have Jimmy score his hat trick on this global stage," they said. "We know he will be funny and ready for anything!"

RELATED: Jimmy Kimmel Says Son Billy, 5, Has 'No Interest' in Learning About His Open-Heart Surgery 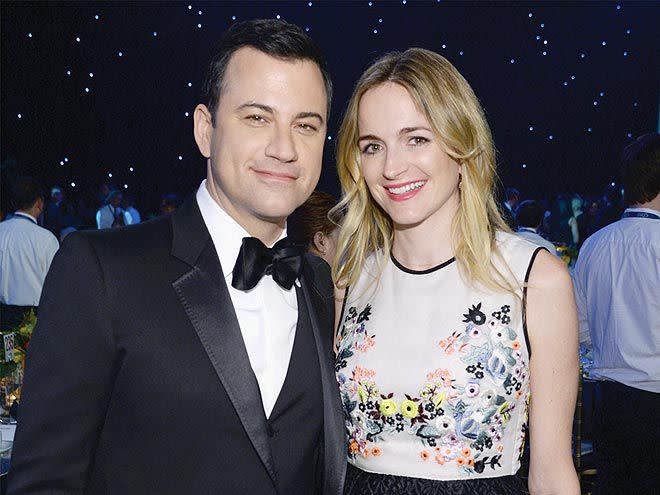 RELATED: Jimmy Kimmel Says He Threatened to Quit His Show Over Freedom to Mock Trump: 'I Was Serious'

The Emmy Award-winner previously hosted the awards for consecutive years before it went host-less from 2019 through 2021.

In 2022, a trio of female comedians — Regina Hall, Wanda Sykes and Amy Schumer — brought levity to the ceremony, which was later overshadowed by the Will Smith-Chris Rock slapping controversy.

Kimmel's last foray as host in 2018 suffered a then-record ratings low for the show, with 26.5 million viewers, and the effort touched off a back-and-forth public feud on social media between the comedian and then-President Donald Trump.

Last Thursday, Kimmel spoke out about how Trump had also impacted his weeknight hosting duties on Jimmy Kimmel Live! revealing he threatened to quit the show at the height of the Donald Trump era when execs wanted him to lay off telling jokes about the then-president. 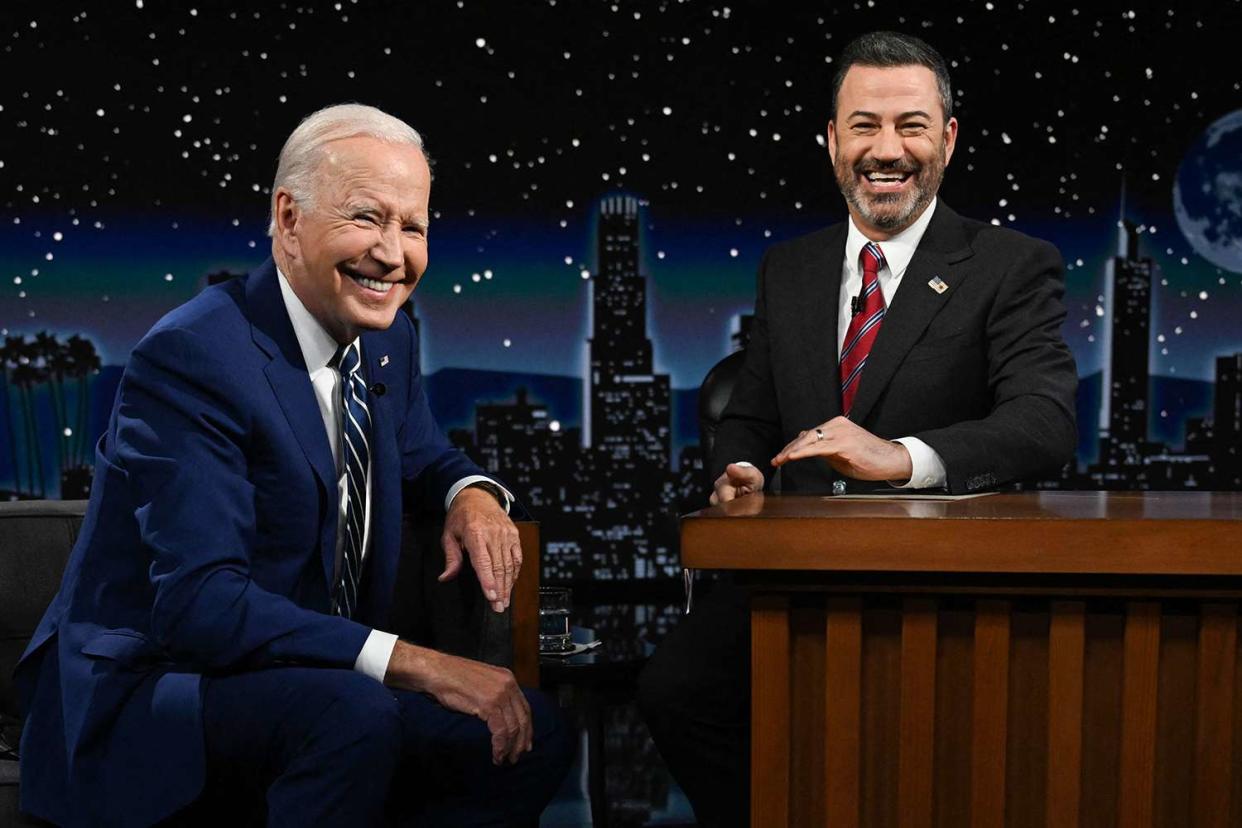 When asked directly if ABC ever voiced concern about him mocking Trump on the Naked Lunch podcast, Kimmel shared that they had and elaborated on how he took a stand over the matter.

"There was one time, right around the beginning of this whole Trump thing… maybe not quite [eight years ago]," Kimmel said. "I said listen, I get it, you're right. I have lost half of my fanbase, maybe more. Ten years ago, among Republicans I was the most popular talk show. At least according to the research they did."

Despite this, Oscars producers believe Kimmel is an ideal fit for the star-studded evening.

"Jimmy is the perfect host to help us recognize the incredible artists and films of our 95th Oscars. His love of movies, live TV expertise, and ability to connect with our global audiences will create an unforgettable experience for our millions of viewers worldwide," said Academy CEO Bill Kramer and Academy President Janet Yang.

"With Kimmel, Weiss and Kirshner's fresh perspective and masterful guidance, the Oscars will celebrate its rich 95-year history, the collaborative nature of moviemaking, and our diverse, dynamic and deeply creative community of filmmakers."