Mobster John Gotti Jnr is under the FBI spotlight after forging close ties with the Latin Kings, holding meetings with the gangbangers in a mafia social club and posing for photographs with the organization’s bigwigs ‘Fat Chicky’ and ‘King Merlin’ 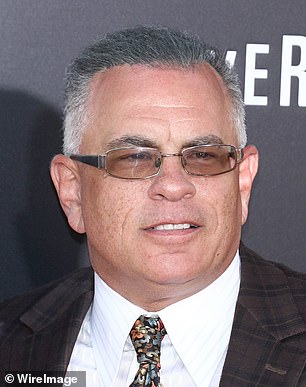 John Gotti Jr is reportedly under the FBI’s spotlight after forging close ties with the Latin Kings.

John Gotti Jr is reportedly under the FBI’s spotlight after forging close ties with the Latin Kings.

He is also reportedly pictured in various Instagram shots with the pair, as well former MMA fighter named Damien ‘The Omen’ Trites.

Gotti Jr, who was acting boss of the Gambino crime family in the 1990s, is said to have met with the Cecchetelli pair at the Mount Carmel Social Club, in Springfield, Massachusetts, according to the New York Daily News.

It has long been used as a social club by members of the Genovese crime family.

It is best known as the location for the gangland murder of Adolfo ‘Big Al’ Bruno, who was shot dead in the parking lot while leaving a card game in 2003.

David Cecchetelli is reportedly an associate of of the Genovese crime family.

King Merlin was one of more than 60 members of the Latin Kings who were arrested on federal racketeering, drug and firearms charges last December.

‘We believe, under Cecchetelli’s leadership, the eastern region of the Latin Kings is currently structured, organized and run like La Cosa Nostra,’ FBI Special Agent Joseph Bonavolonta said at the time of the arrest.

He and other leaders ran the Kings with a Mafia-style hierarchy, including a council of leaders and as many as 11 chapters across Massachusetts alone, authorities said.

The Latin Kings have also grown to become the largest gang in Massachusetts prisons, with an estimated 400 members, including leaders who face charges for continuing to coordinate criminal activity outside the prison, authorities said. 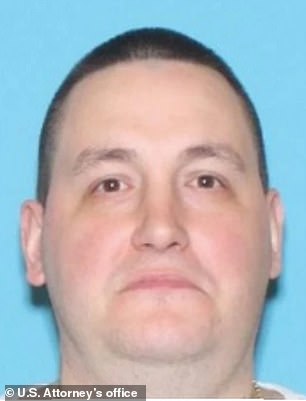 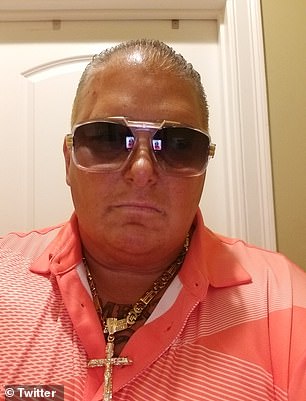 Asked to confirm that Gotti was on the FBI’s radar, an FBI spokeswoman told the New York Daily News that investigators would not comment ‘because of the ongoing investigation and prosecution of the case.’

Gotti Jr became acting head of the Gambino crime family in 1992 until 1999 after his father John Gotti was sent to prison.

Gotti Jr himself was then sent to prison for racketeering in 1999.

In a recording played at the third of four racketeering prosecutions he faced between 2004 and 2009, Gotti Jr, claimed he had been ‘pushed’ into a life of crime against his better judgement.

All four trials in the 2000s ended in mistrials. 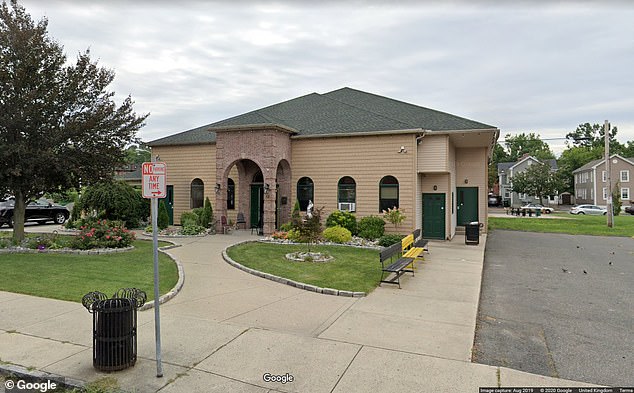 The Mount Carmel Social Club is best known as the location for the gangland murder of Adolfo ‘Big Al’ Bruno, who was shot dead in the parking lot while leaving a card game in 2003

Last year, Gotti Jr demanded an apology from police after mobster Francesco ‘Frankie Boy’ Cali’s suspected killer was finally arrested and contrary to rumors, his mobster uncle Gene Gotti was not behind the murder.

US Marshals apprehended Anthony Comello, 24, and he continues to face murder charges for killing Cali.

Cali, the 53-year-old reputed boss of the notorious Gambino crime family, was murdered outside of his Staten Island home last March when he was hit by a hail of six bullets.

Police were thought to be considering heroin dealer Gene Gotti, 72, as the man behind the murder, suspecting he committed the crime in a power move to take over the mob as he was released from prison six months ago after 29 long years.

‘Today, an arrest was made. A 24-year-old individual who did it for personal reasons, not street reasons. Is somebody going to apologize to Gene and his family?’  55-year-old Gotti Jr said to the New York Post.

‘I wonder if these tremendously insightful law enforcement individuals are going to issue an apology to Gene Gotti,’ he added.