Skip to content
HomeWorld NewsJoJo Siwa says she wasn't invited to the Nickelodeon Kids' Choice Awards: 'I'm not sure why' 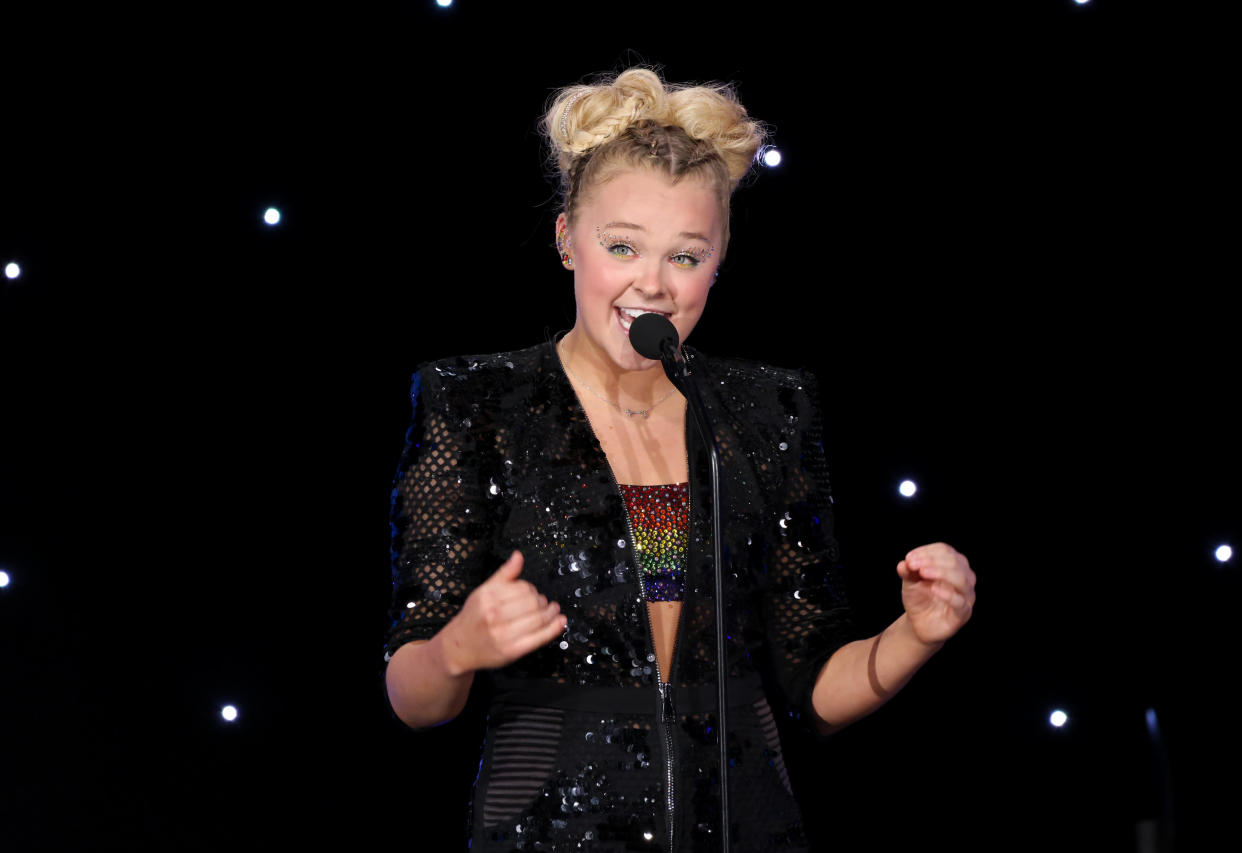 Siwa, who just swapped her trademark ponytail for a pixie cut, set the record straight in a video posted to Instagram Saturday night. That evening the family-friendly awards show, hosted this year by iCarly actress Miranda Cosgrove and NFL star Rob Gronkowski, drew appearances from celebrities including Olivia Rodrigo, Kid Cudi, Jack Harlow, Charlie Puth, Charli and Dixie D'Amelio and a number of other Nickelodeon personalities.

"A lot of you have been asking me why I'm not at the Nickelodeon Kids' Choice Awards tonight, and the answer is very simple: I wasn't invited," the 18-year-old singer and actress told fans.

The Dancing With the Stars contestant later added an Instagram Story after a fan alerted her that her song "One Chance" had reportedly played during the show.

"My song made the cut but not me," she laughed.

"F*** the Kids' Choice Awards," wrote actor Brian Austin Green. "You are too good for them."

Many supporters speculated that Siwa was left off the guest list as a result of her coming out last year. This January the influencer marked one year since she "shared with the world that I was gay."

Siwa's snub was "probably cuz you are the color of the rainbow and they’re just orange," one commenter said, referencing the Nickelodeon brand logo.

The young star has also not shied away from speaking out about the network, complaining last September that she was barred from using songs from her Nickelodeon film The J Team in her stage tour.

"I go out on tour in January. My movie musical was just released (with 6 new original songs)," Siwa wrote in a since-deleted tweet. "Nickelodeon told me today that I'm not allowed to perform/add any of the songs from the film into my show. These are MY songs, MY voice, MY writing. Does this seem fair???"

Following her Kids' Choice Awards drama, the former Dance Moms star has also shared posts from online fans calling out the network. Yahoo Entertainment has reached out to Nickelodeon for comment and will update this article with their response.

Obsessed with the teenage girl celebrities who don’t take shit from their network of employment and refuse to be anything but themselves. Being connected to a kids channel shouldn’t mean you have to stop being yourself. @itsjojosiwa and @oliviarodrigo y’all are my hero’s. pic.twitter.com/bLMeC5BRYF

The only year that @itsjojosiwa didn’t get invited to the kids choice awards is when she comes out and cuts her hair?????? Sus @Nickelodeon