The argument for Los Angeles Lakers star LeBron James as the GOAT doesn't extend to the big screen, at least according to the membership of the Golden Raspberry Award Foundation (GRAF).

James "won" (but is it really winning?) two awards for "Space Jam: A New Legacy" at the 42nd Golden Raspberry awards on Saturday. The Razzies are awarded to the worst films of the year and are announced the day before the Academy Awards. 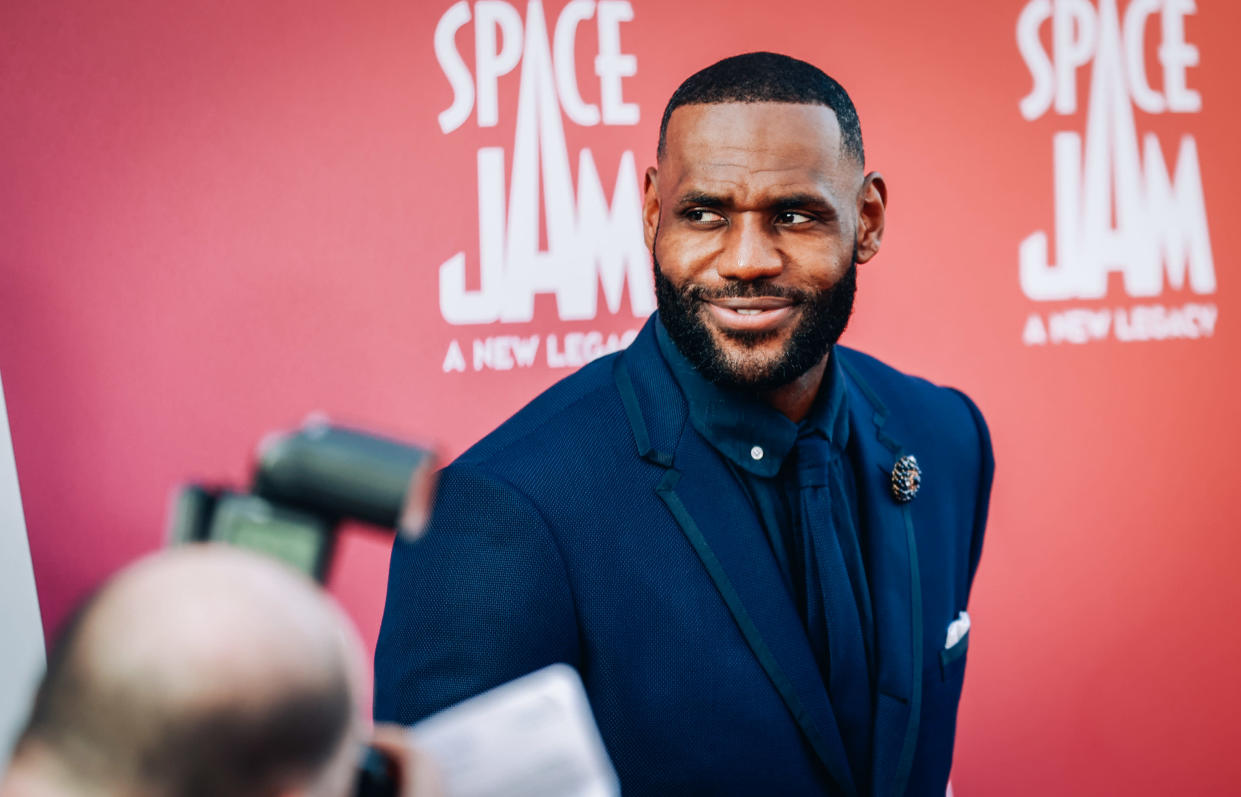 "Space Jam: A New Legacy" received four nominations and earned the most votes in three of them. The Warner Brothers movie earned the second-highest number of Razzie trophies for 2021. James was named "Worst Actor "as well as "worst onscreen couple for any Warner cartoon character (or Time-Warner Product) he dribbles on," per the nomination list.

The film won "worst remake, rip-off or sequel" over competitors "Karen," an "inadvertent remark of Cruella deVil"; "Tom & Jerry the Movie"; "Twist," a Rap remake of Oliver Twist"; and "The Woman in the Window," described as a rip-off of "Rear Window."

The only category the Space Jam remake was nominated for but did not win was "Worst Picture." That was given to "Diana," Netflix's filmed version of the Princess Diana musical on Broadway. It won the most Razzies at five total.

"Space Jam: A New Legacy" earned more than $162 million at the box office, but was reviewed poorly. It has a 26% critics review score, but a 79% audience review score on Rotten Tomatoes. All in all, he's probably fine with that.

James, 37, is in decent company on the Golden Raspberry Award list that includes Batman movies, "Suicide Squad," "Independence Day," "Cheaper by the Dozen" and "Grown Ups," among many others people consider favorites.

He's not even the only basketball star to win. Dennis Rodman won in 1997 for "Worst New Star" and "Worst Supporting Actor" in the movie "Double Team." That film has an 11% score from critics and a 25% audience score on Rotten Tomatoes. Shaquille O'Neal was nominated for his work in "Steel" the same year.

James has bigger things to fret about. He leads the league in scoring (30 ppg) and is in some people's conversation for NBA MVP again. But the Lakers are currently ninth in the Western Conference standings at 31-42, with the New Orleans Pelicans (31-43) a half-game behind. The Nos. 7-10 teams start in the play-in tournament for the 2022 NBA playoffs.

The Lakers play the Pelicans at Smoothie King Center in New Orleans on Sunday night while the awards for the best films in 2021 are underway at the Academy Awards back at home in Hollywood.