BBC boss Lord Hall says the corporation has dumped its ‘we know best’ approach as the new Culture Secretary Oliver Dowden has told the broadcaster to ditch its ‘narrow urban outlook’.

The end of the licence fee has been mooted by the Government, with a threat to turn the BBC into a subscription service.

It was later said, by a Downing Street spokesman, that Prime Minister Boris Johnson does not want to scrap ‘all licence fees’ at this stage.

Director-General Lord Hall hit back at a suggestion that the BBC is redundant following the rise of streaming services like Netflix and Amazon. 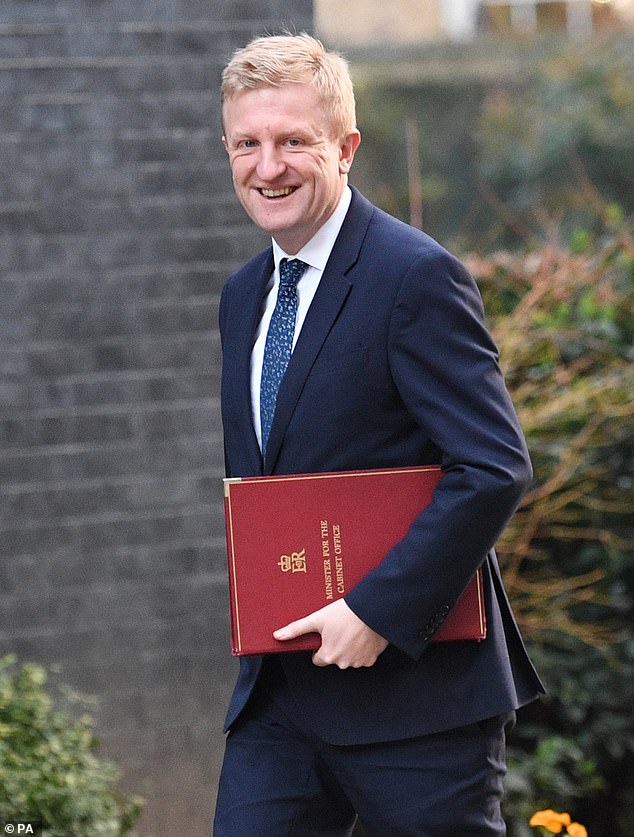 Secretary of State for Digital, Culture, Media and Sport Oliver Dowden arrives to attend a cabinet meeting at 10 Downing Street on February 25, 2020 in London. In his first speech since he took over from Nicky Morgan last month, Mr Dowden will make clear that he wants the BBC to move beyond a ‘narrow urban outlook’

The licence fee model means that ‘you’ve got to give something to everybody. I think that is a fantastic creative challenge’, he told a conference.

‘I hope we are developing and continuing to develop a much warmer relationship with the British public which is less the ‘Auntie’ of two or three decades ago and much more something which is interwoven in people’s lives. We are there in people’s lives.’

Lord Hall went on: ‘People say things like ‘What’s the point of the BBC when you’ve got the streamers?’

‘The BBC is not Netflix, it really isn’t… Netflix don’t do sport, they don’t do news, they don’t do a whole raft of things. It’s really important… to see what the BBC does in the round,’ he said. ‘The licence fee, I think, beyond 2027 (when the BBC’s charter comes up for renewal) will still matter and will still be phenomenally important for the BBC.’

The broadcaster, which celebrates its centenary in 2022, is believed to have got its ‘Auntie’ nickname because of an ‘Auntie knows best’ image in previous decades.

Culture Secretary Oliver Dowden told the Media And Telecoms 2020 And Beyond conference that the BBC had ‘missed’ or been slow to pick up on many of the key political changes and trends in recent years. He called for ‘genuine diversity of thought and experience’. 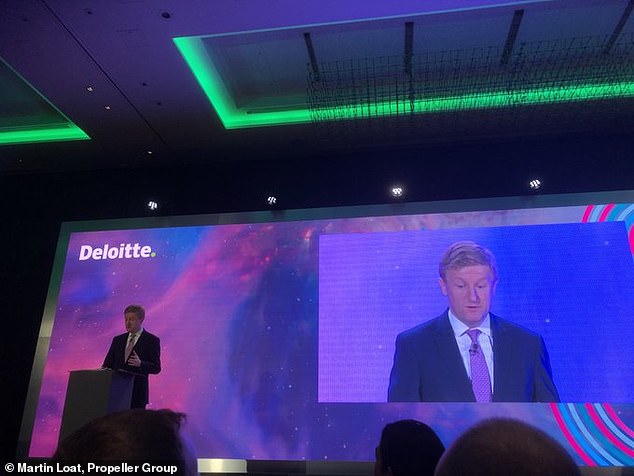 The BBC needs to be closer to, and understand the perspectives of, the whole of the United Kingdom and avoid providing a narrow urban outlook,’ he said.

But Lord Hall said the BBC had ‘constantly reformed itself’ from radio, to television, 24-hour news, online, as well as iPlayer and BBC Sounds, and that reform would be ‘continuous’. ‘Constant reform is what the BBC is about.’ He said the BBC is still ‘the most trusted news source’.

But he added: ‘We should always listen to what people say to us about our impartiality and we should be open to people criticising what we do.’

He told the conference: ‘There is more of a need for the BBC today than at any point in our history … It’s the best antidote to fake news’.

He said BBC culture had changed dramatically since he first joined many years ago, when ‘on my first day I was asked to sign that I’d read the Official Secrets Act’. 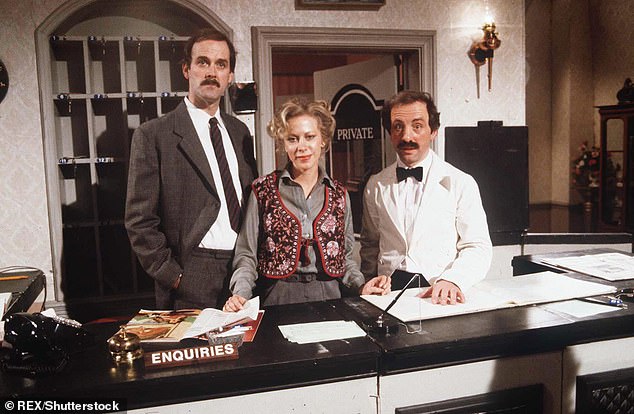 John Cleese, Connie Booth and Andrew Sachs are pictured in a still from the Fawlty Towers TV series. Mr Dowden will add the BBC has helped build our British sense of self through shows such as Fawlty Towers, Gavin and Stacey and Blue Planet, which brought generations together

The Government is consulting on proposals to decriminalise non-payment of the licence fee and ministers have suggested it could be abolished altogether when the BBC’s charter comes up for renewal.

While singling out the global respect the BBC commands, comparing its reputation to the NHS, MR Dowden warns that institutions have to change if they want to ‘retain support and relevance’.

He will say that without ‘genuine diversity of thought and experience’ the BBC will ‘miss what’s important to people’ and ‘seem distant and disengaged’.

Mr Dowden will add the corporation ‘must reflect all of our nation, and all perspectives’.

He will also raise the issue of whether the corporation has guarded its ‘unique selling point of impartiality’ across all of its output.

The Culture Secretary’s comments come after the BBC has in the past been accused of being slow to pick up on the public mood on issues like immigration and the growing support for Brexit.

Addressing industry leaders from media, telecoms and technology, Mr Dowden will ask whether the BBC is ‘ready to embrace proper reform’ to ‘ensure its long term sustainability for the decades ahead’.

The Government is currently consulting on whether to decriminalise licence fee evasion, which will be followed by a new licence fee settlement and mid-term charter review in the coming years.

The BBC is also taking on responsibility for funding free TV licences for over-75s.

The Government has suggested that the licence fee could be scrapped at the end of the charter in 2027.

Mr Dowden, speaking at the Media and Telecoms 2020 & Beyond conference, will say that in the world of increased choice from the likes of Netflix and YouTube, the BBC needs to focus ‘even more strongly on relevance and representation’.

But he will say that the corporation is ‘cherished’ and it ‘would be crazy to throw it away’.

He will add that the BBC has helped build our British sense of self through shows such as Fawlty Towers, Gavin and Stacey and Blue Planet, which brought generations together.