MARKETS have been suspended after US stocks plummet in minutes as the country nears potential "national shutdown" to fight coronavirus.

This is the second time the American markets have been forced to suspend in the last two weeks as a result of the deadly disease. 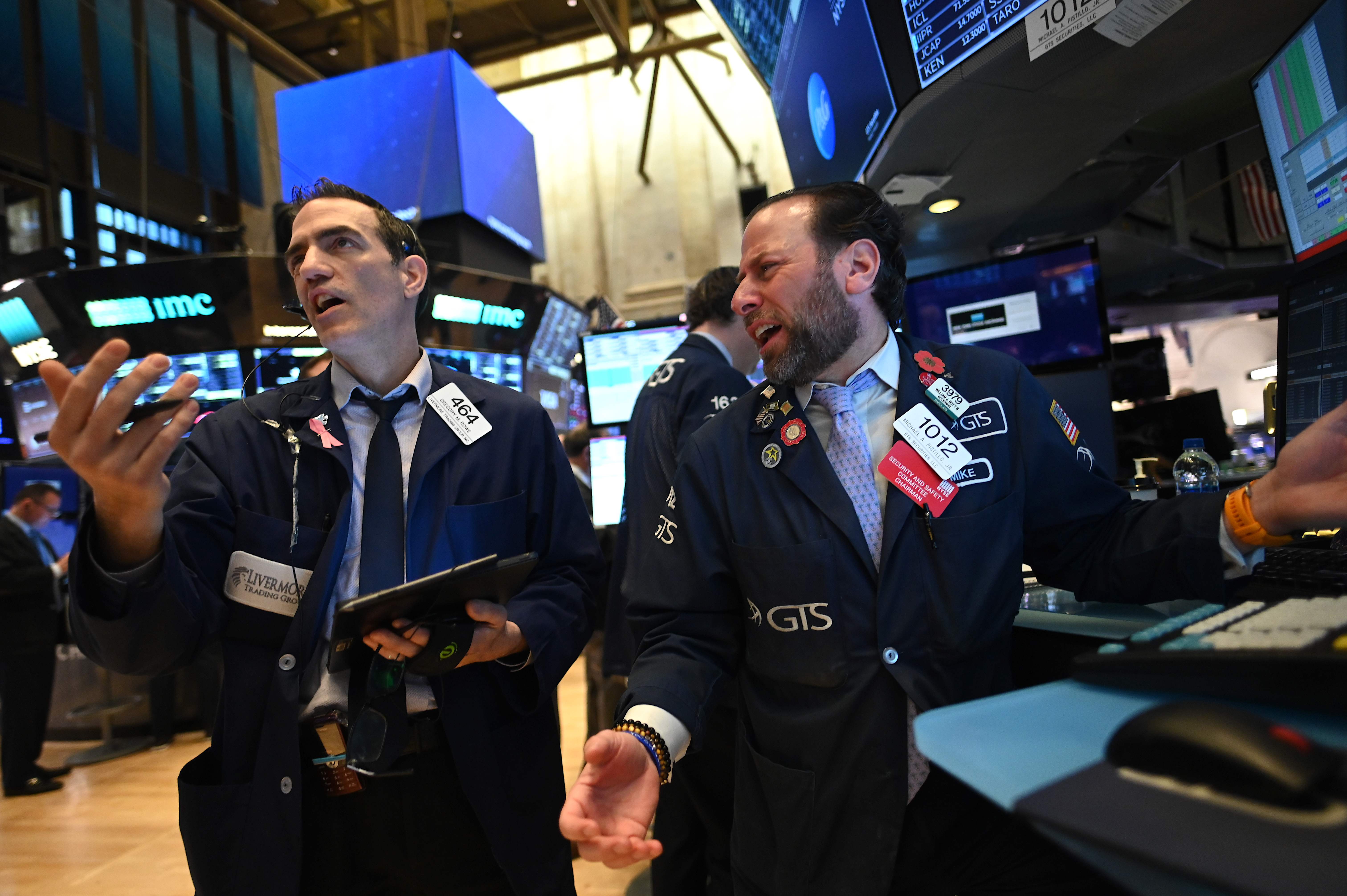 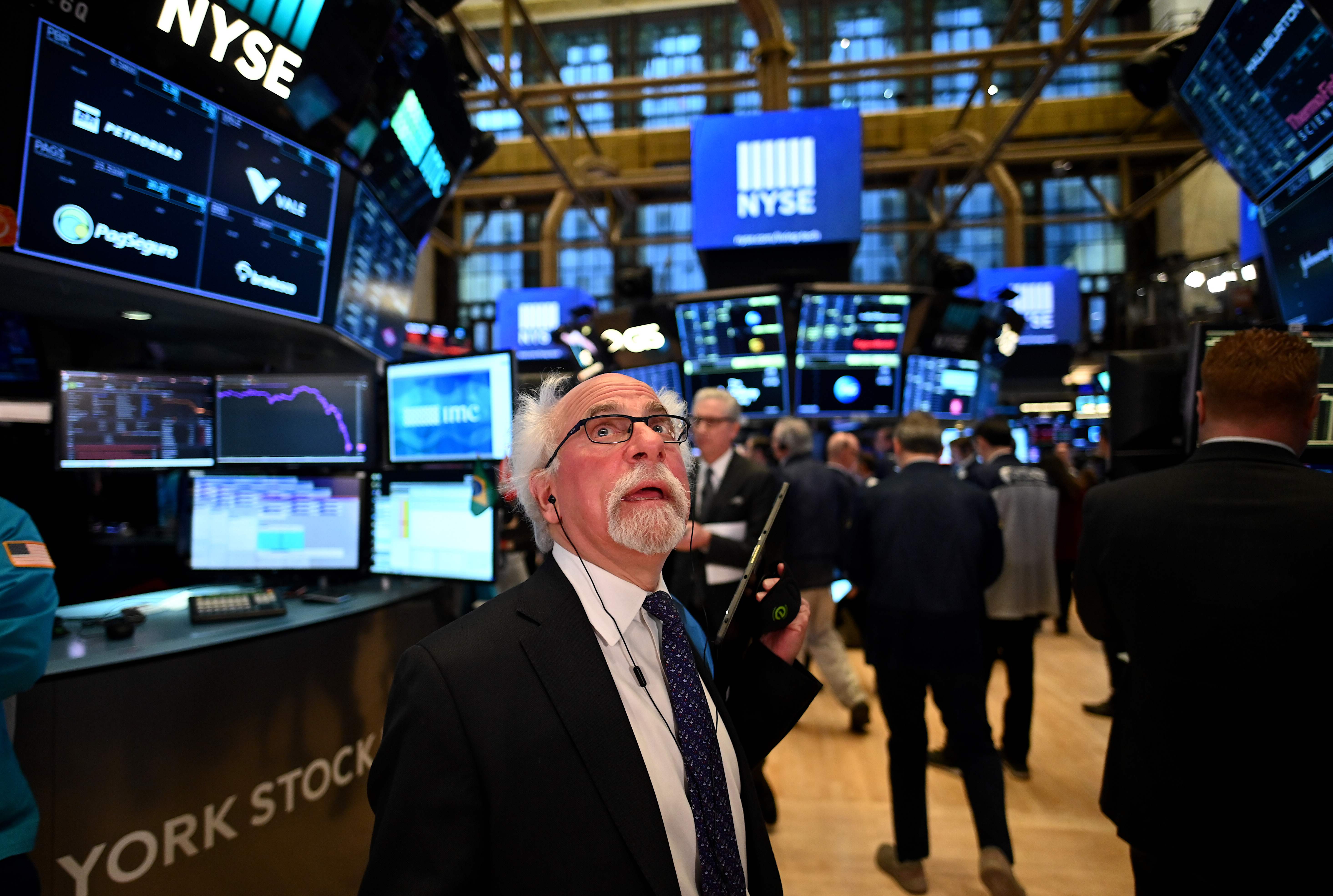 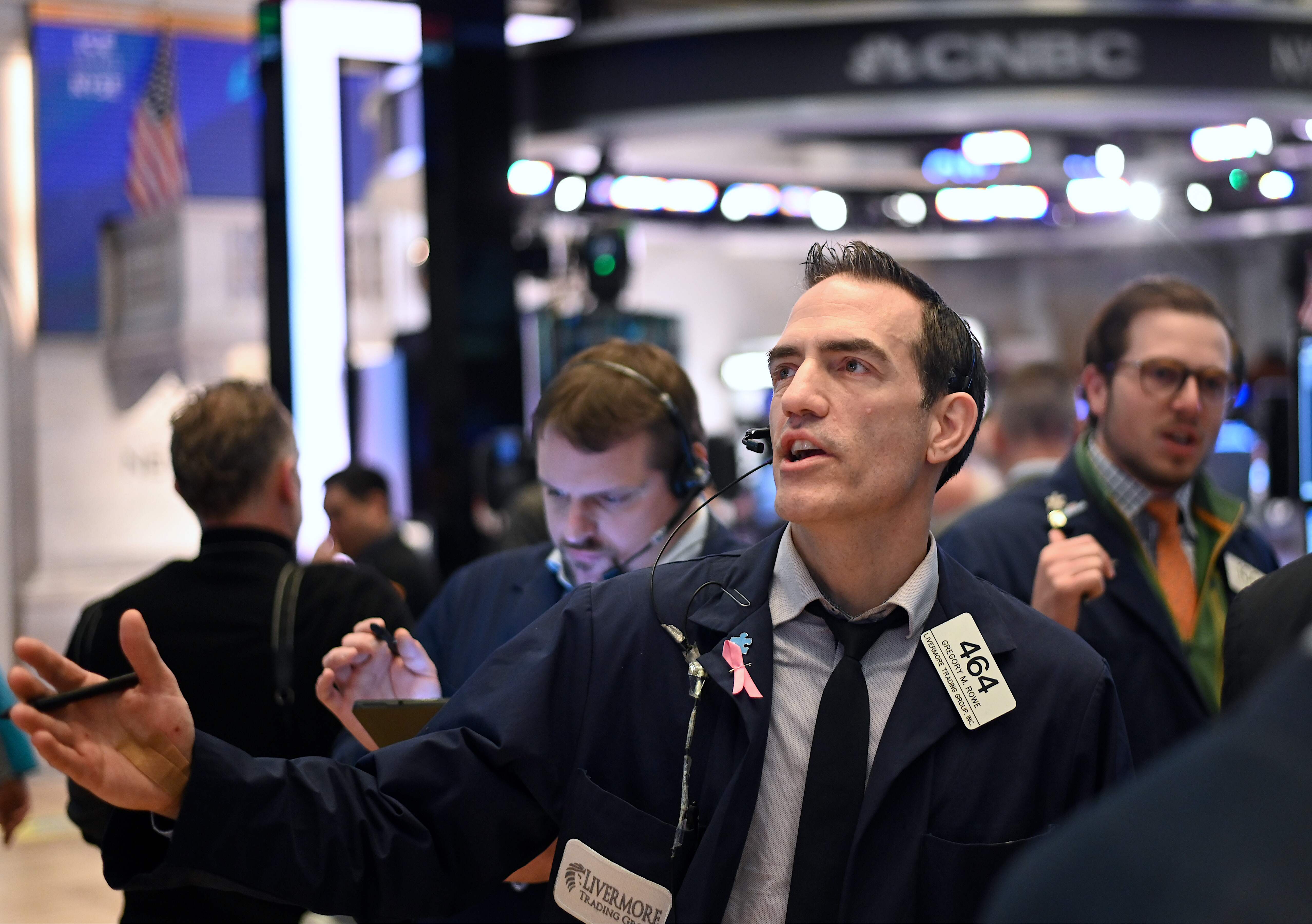 Moments after their Monday opening, the markets halted trading for 15 minutes as stocks plunged by 7 percent.

The news comes after the Feds implemented measures to combat the spread as experts recommended a 14-day shutdown and governors closed bars, restaurants and public schools across the nation, sinking America into coronavirus chaos.

The Dow Jones sank more than 2,000 points today while the benchmark Standard & Poor's 500 index dropped more than 7 percent after the emergency measures were implemented across the US.

Shockingly, this is the third time in a week circuit breakers were set off on the trading floor as the impact of the virus escalates.

When it drops by 7 or 13 percent, trading will stop for 15 minutes.

But when the market plunges to a Level 3 with a 20 percent freefall, trading stops for the entire day. 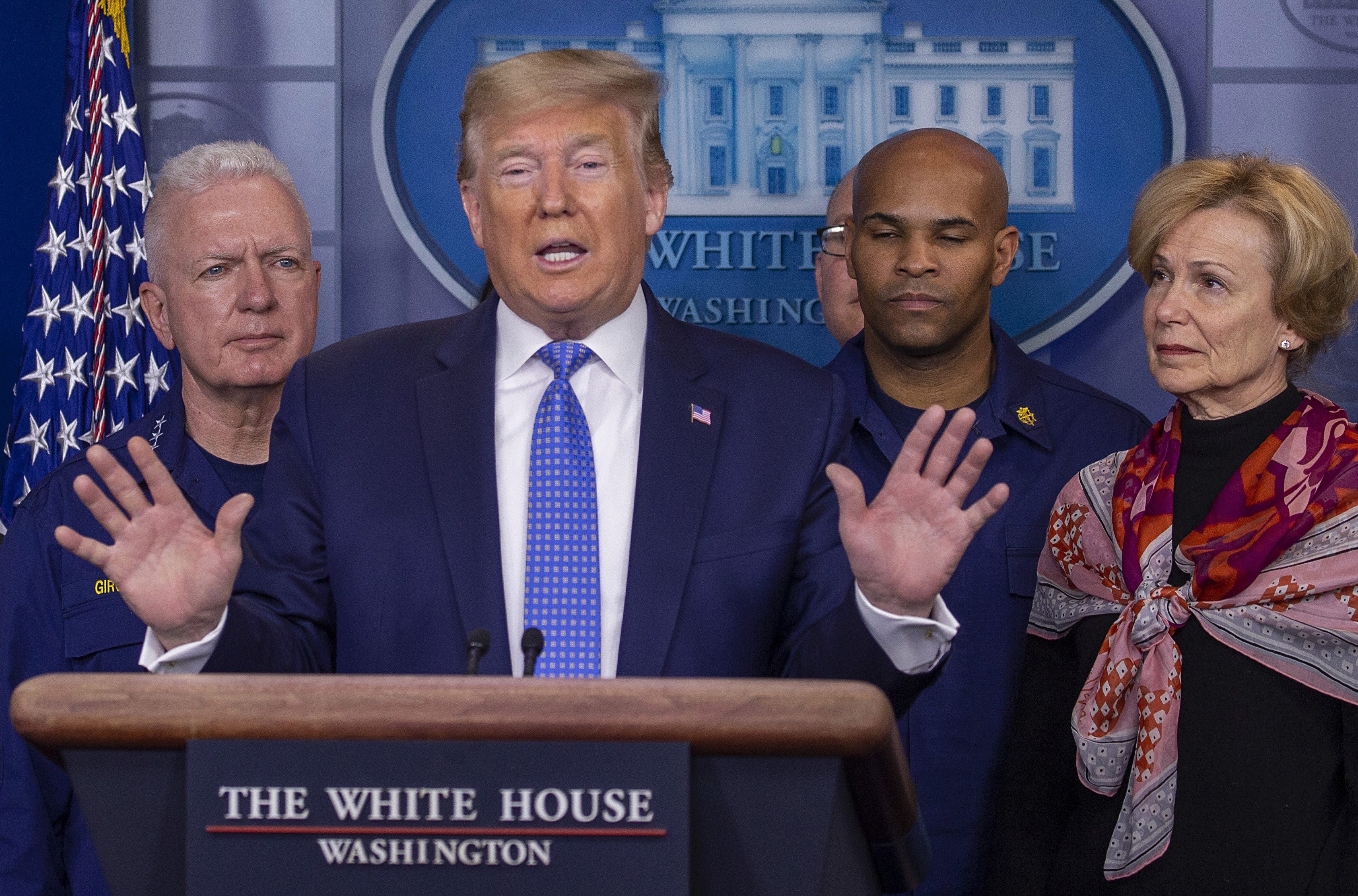 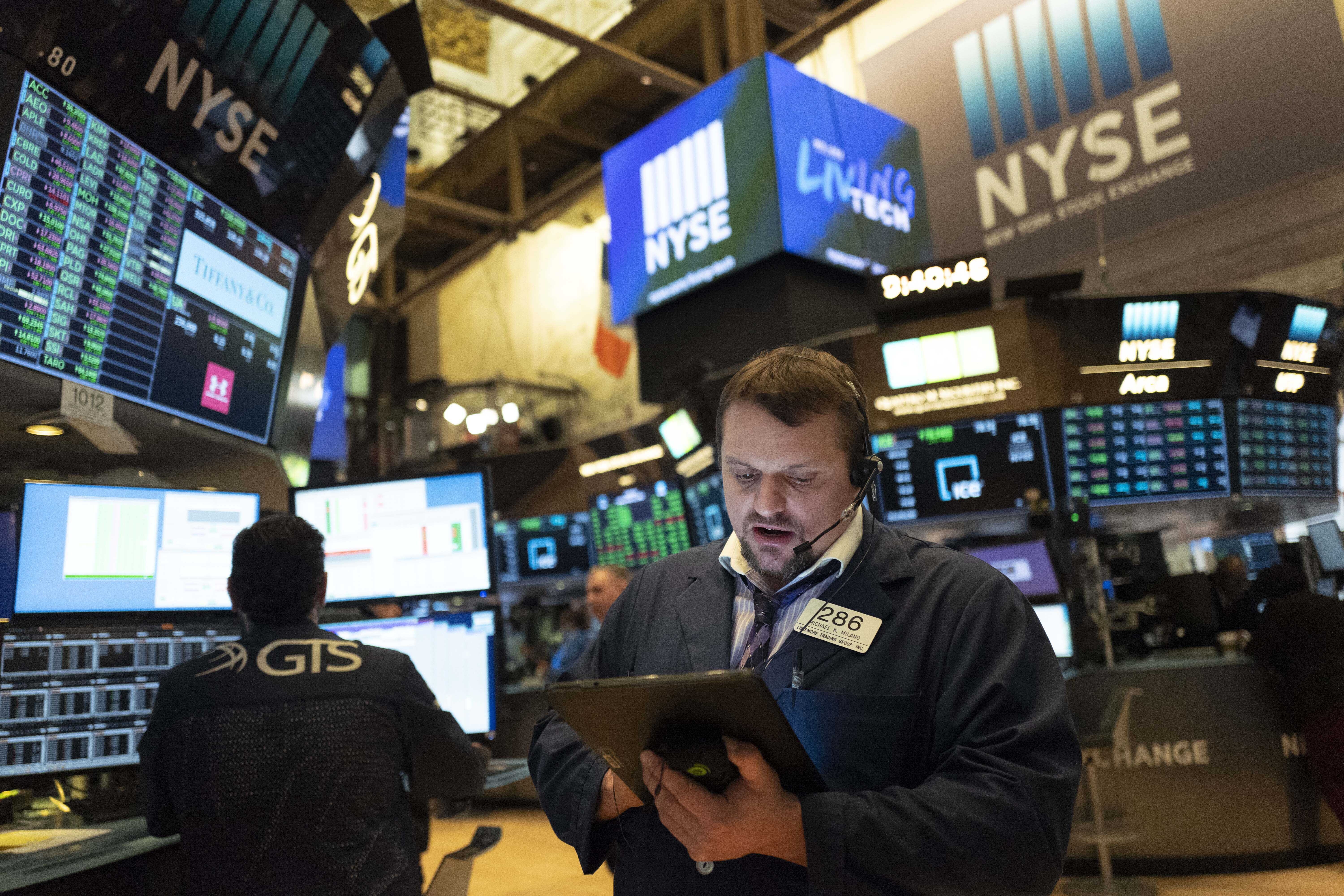 Despite a huge effort by the US Federal Reserve on Sunday, investors bailed out of stocks en masse amid the ongoing crisis less than a week after President Donald Trump declared a national state of emergency.

Disease experts have also recommended a 14-day shutdown to contain the spread of the virus that has sickened at least 3,602 people in 49 states.

Dr Anthony Fauci says the US should do as much as "we possibly could," even if some people say it is an overreaction as the market continues to be pummelled amid coronavirus fears.

New York City announced it will shut down the largest US public school system as early as Tuesday, sending more than 1.1 million children home. Governors in California, Illinois and Ohio told all bars and restaurants to close or reduce their number of customers.

After the president extended the travel ban to include the UK and Ireland, airline stocks were battered as people canceled their flights as a result of the federal measures. 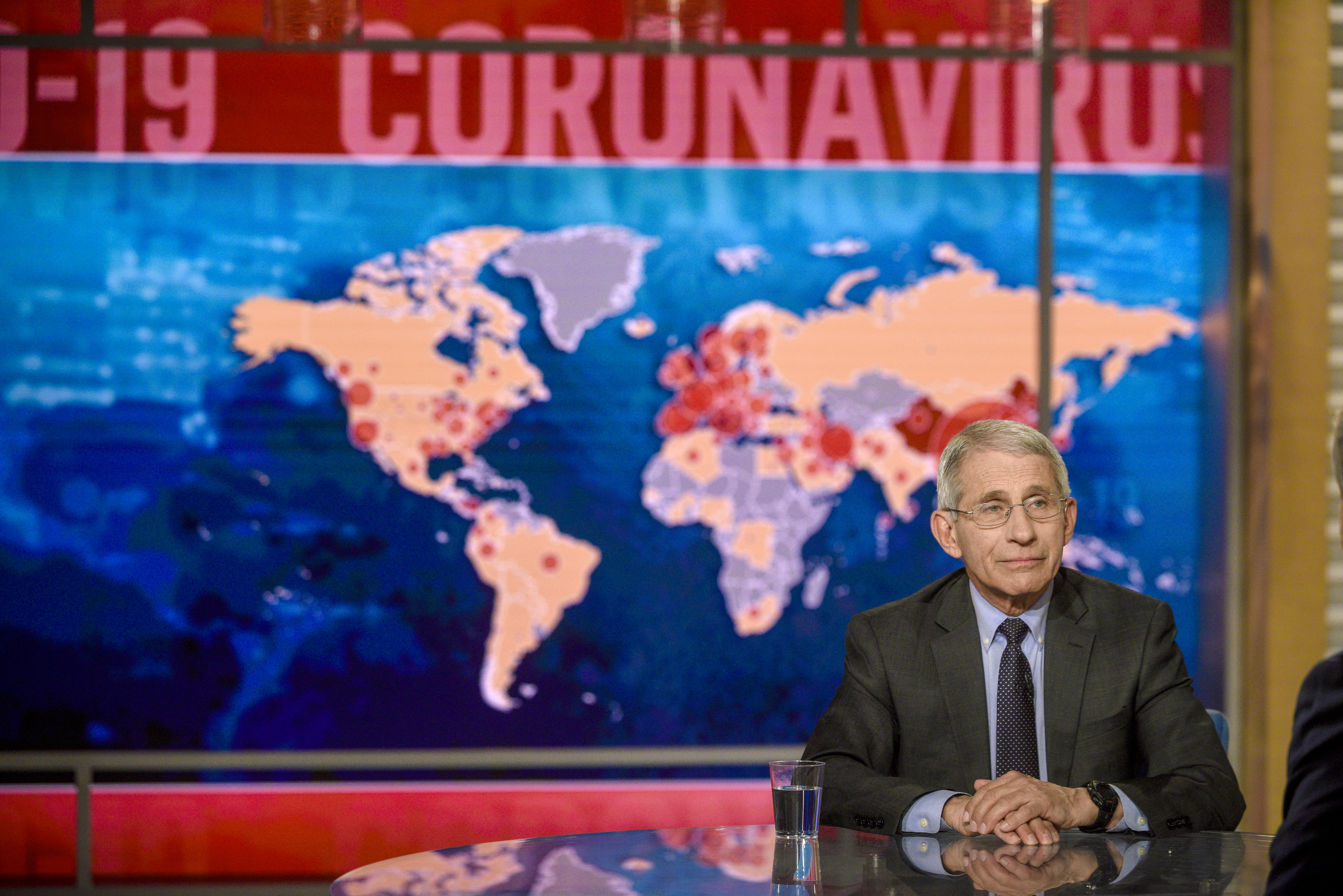 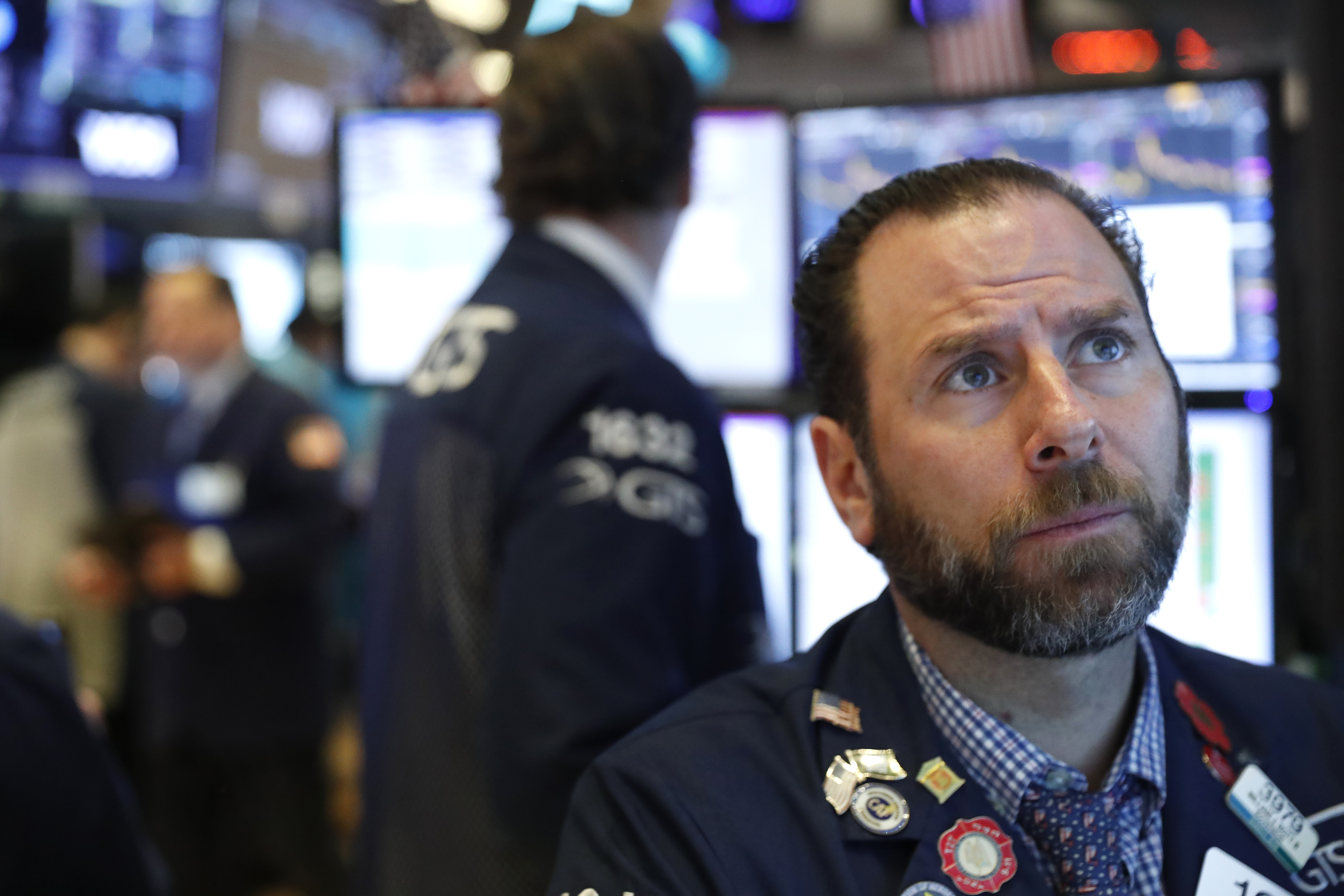 The president insisted the US government has “tremendous control” over the situation, urging jittery consumers to stop panic buying and depleting the shelves at a rapid rate as there is simultaneously a run on weapons and ammunition in gun stores.

The Federal Reserve slashed its benchmark interest rate to near zero.

An emergency meeting was held after increased measures were announced in states like New York last night where the central bank announced bank rates would close to zero. 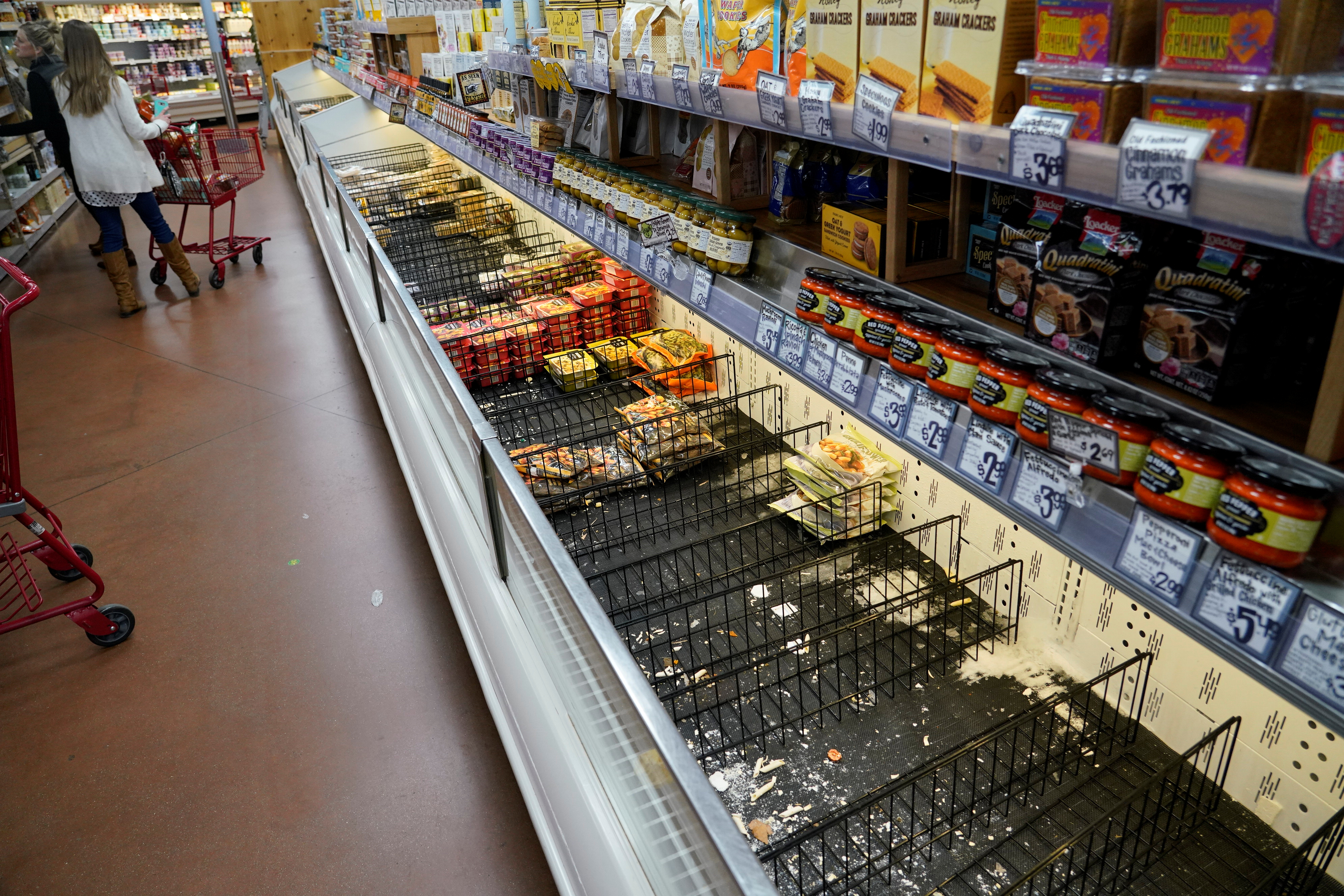 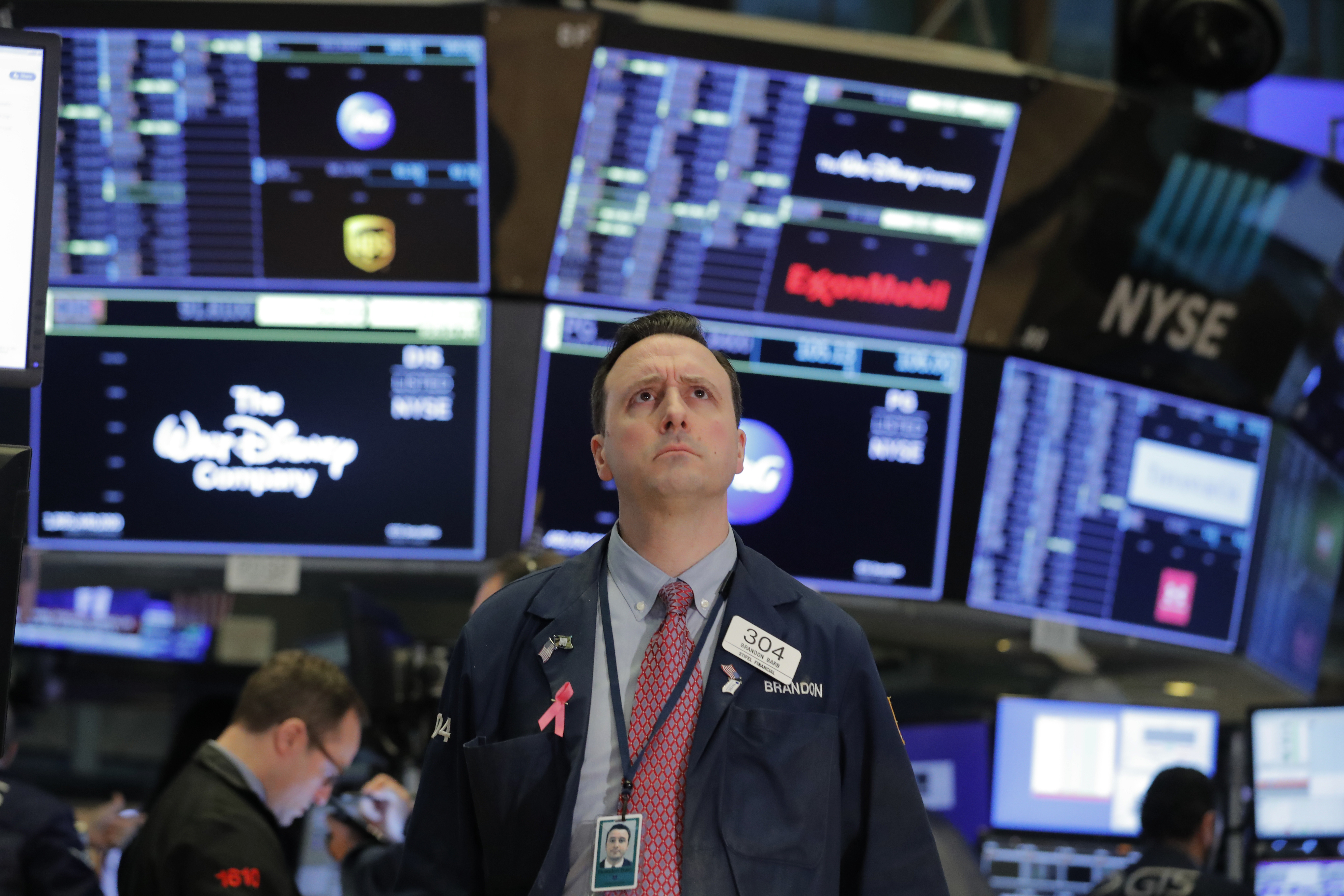 This amounts to an effort to ease market disruptions that have made it harder for banks and large investors to sell Treasuries and to keep longer-term rates borrowing rates down.

“Despite whipping out the big guns,” the Fed’s action is “falling short of being the decisive backstop for markets,” said Vishnu Varathan of Mizuho Bank in a report. “Markets might have perceived the Fed’s response as panic, feeding into its own fears.”

This shocking rate is supposed to intercede and prevent the disruptions that happened during the last global financial crisis when the feds cut rates to the very bottom.

Speaking to CNN Business, Mark Zandi, chief economist of Moody's Analytics: "I don't think [the Fed] would have done this unless they felt the financial markets were at significant risk of freezing up tomorrow.

"They're very concerned the financial markets won't work. So I don't know how the markets take solace in this."

Many stock indexes last week suffered their biggest daily drop since the Black Monday crash of 1987 and some even logged their sharpest fall ever.

The leaders of the Group of Seven developed democracies will hold a call on Monday.

European finance ministers are also discussing ways to help the economy keep going through the disruption as some countries in the region unveil stimulus plans, including guarantees for businesses and even individuals’ salaries. 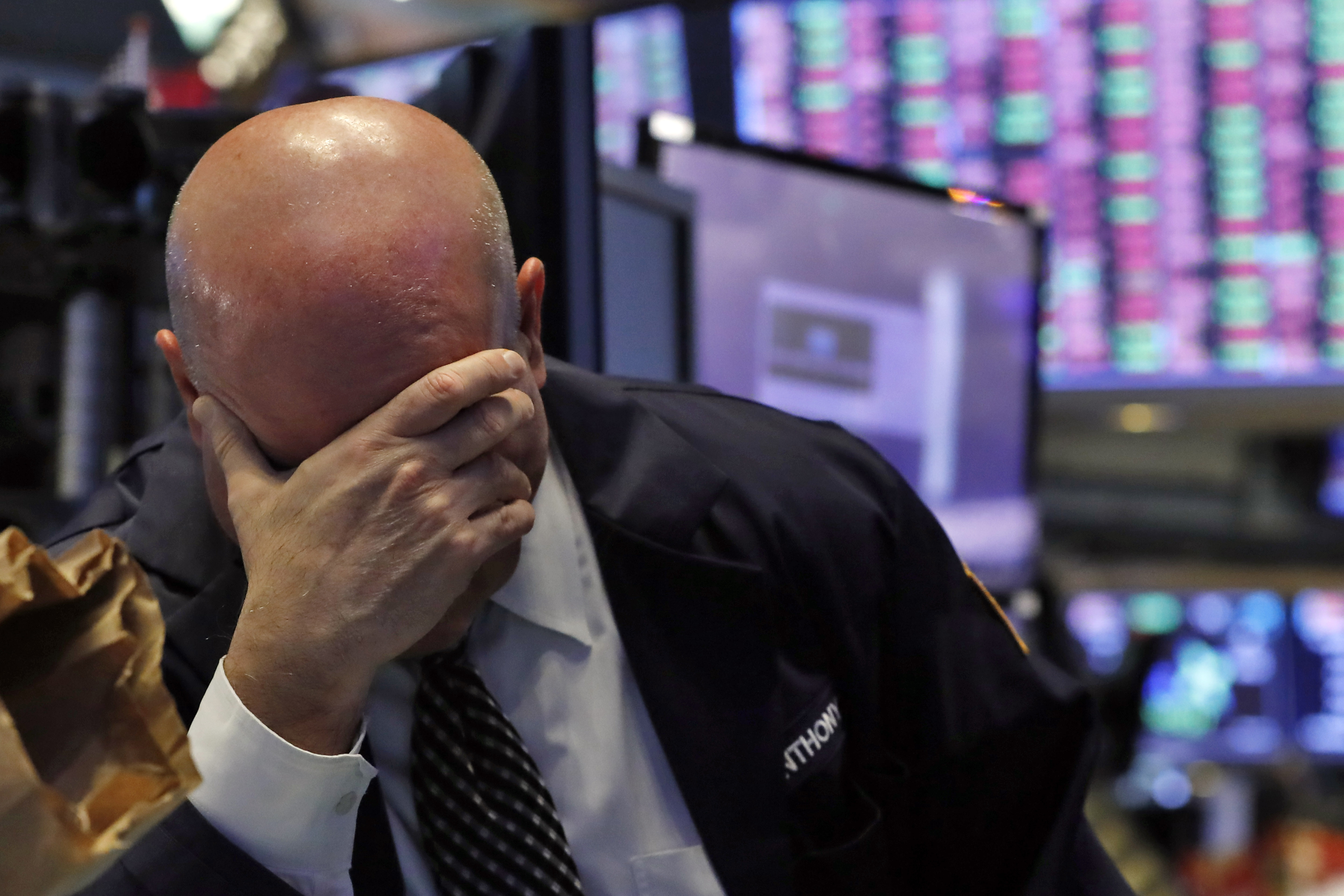 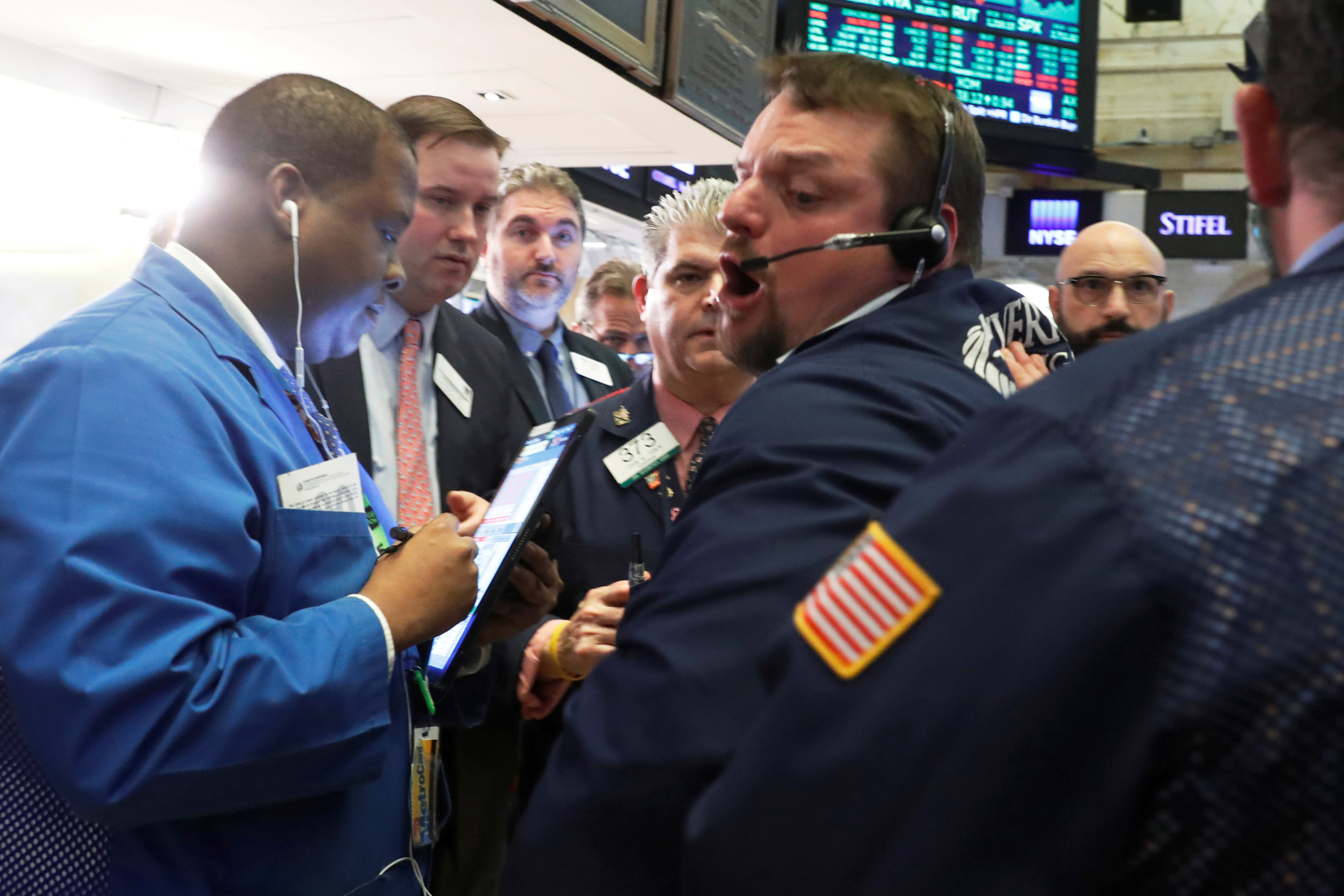 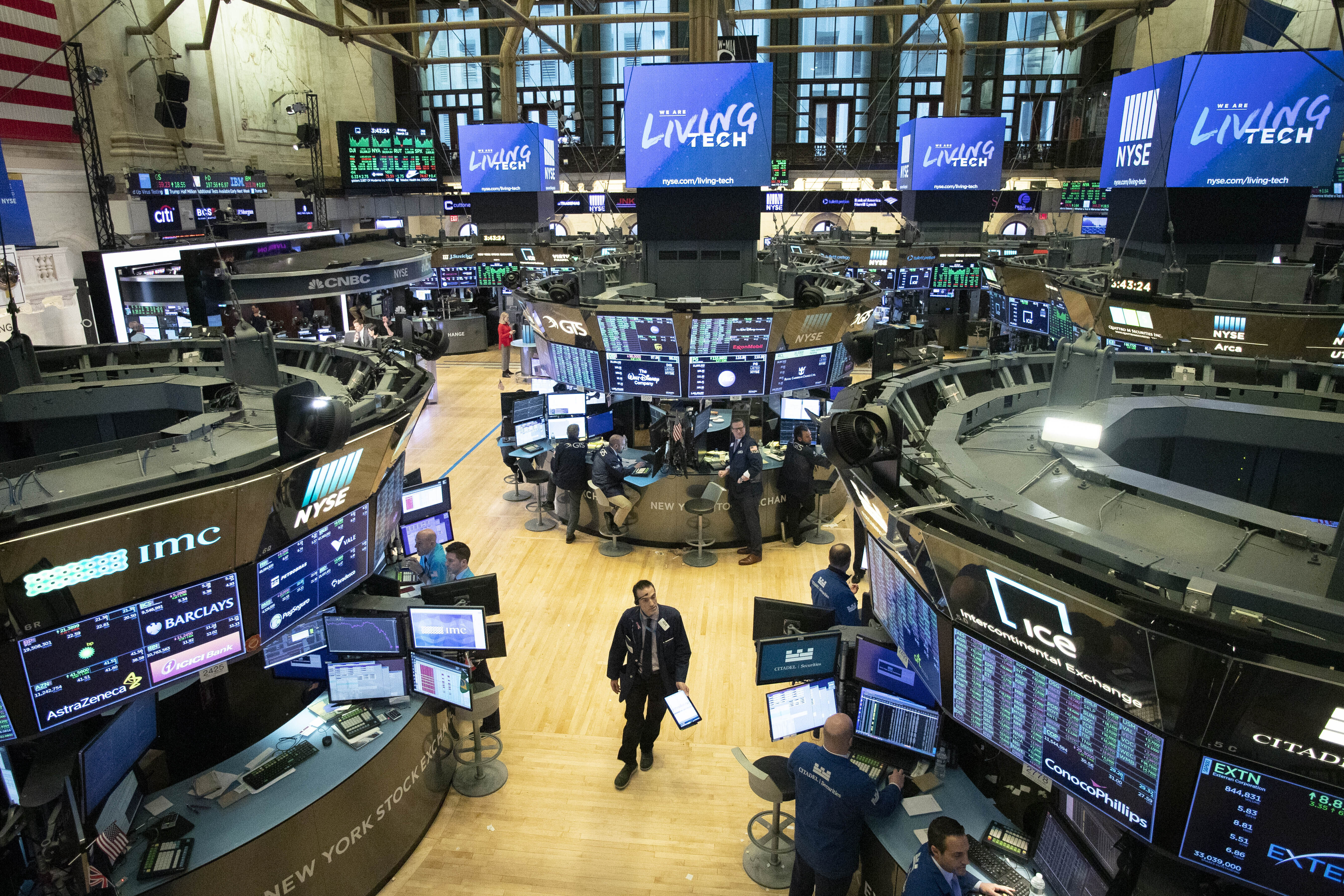