Skip to content
HomeWorld NewsMum, 36, stabbed her daughter, five, to death as she was terrified she would die from Covid & couldn't live without her

A MUM stabbed her five-year-old daughter to death because she was terrified she would die from Covid and thought the girl could not live without her, a court heard.

Sutha Sivanantham, 36, turned the blade on herself after knifing daughter Sayagi Sivanantham 15 times in the bedroom of their south London flat. 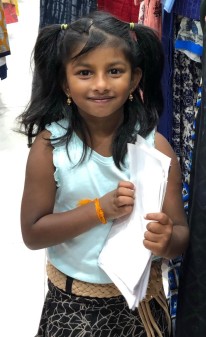 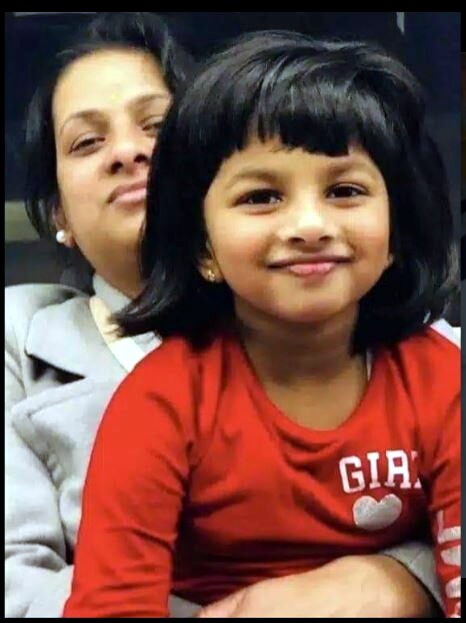 The mum had been complaining of mystery ailments for almost a year – and her husband believes fear of the virus and lockdown restrictions pushed her over the edge.

Sainsbury's worker Suganthan Sivanantham was called at the supermarket to be told that his wife had killed their daughter at their home in Mitcham.

Sivanantham sobbed loudly in the dock as his impact statement was read to the court.

He said: "I believe Covid restrictions may have had a negative effect on her wellbeing.

"She took the restrictions seriously and was petrified about catching the virus."

The court heard Sivanantham spoke no English and had been living in the UK since 2006 after an arranged marriage with her husband.

He described her as "a very good mother."

By the autumn of 2019, she was complaining of mysterious pains, and by the summer of the following year she complained of dizziness and weight loss.

Prosecutor Bill Emlyn-Jones said: "The defendant had developed a morbid concern she was suffering from undiagnosed serious illness.

"She appears to have become convinced that she was going to die."

Hospital tests revealed Sivanantham had been infected with Covid at some point.

The night before the incident, she had specifically asked her husband if he would take care of the children in the event of her death, Mr Emlyn-Jones said.

He added: "On the morning of 30th June 2020, she asked her husband not to go to work, but he explained that he had to go, leaving the defendant at home."

Sivanantham phoned friends during the day complaining about her heath but they thought she was normal.

At around 4pm neighbours were called to the flat in Monarch Parade, Mitcham.

'They found the defendant on the floor, with a serious stab wound to her abdomen,' Mr Emlyn-Jones said.

The mum and daughter were both taken to hospital by air ambulance – but Sayagi was later pronounced dead.

She had been stabbed 15 times, and two of the injuries had penetrated her heart.

In hospital Sivanantham told a doctor how terrified she was that she was about to die.

'She also said that on the day of the murder she had felt as if she was asleep and dreaming; she had known she was hurting herself "but I didn't realise I was hurting her".

'The defendant was charged on 11th September 2020 and two letters were seized.

'In one of these she again asks for forgiveness and says she still doesn't "know what happened to me on that day.'

Sivanantham was treated in hospital for several months for her abdominal injury.

One psychiatrist who has treated Sivanantham found that the social isolation and stress caused by the Covid lockdown contributed to her serious mental illness.

Another, Dr Nigel Blackwood told the court: "At the time of the alleged offences, Ms Sivanantham's mental state appears to have been dominated by hypochondriacal delusional beliefs and thus abnormal.

"Her behaviour and decision-making were strongly influenced by the content of her psychotic belief.

"However, in my view she likely knew the fundamental nature and quality of her actions at the time of the assault, and knew that what she was doing was wrong.'

Sivanantham denied murdering her daughter but admitted manslaughter on the grounds of diminished responsibility.

The prosecution accepted the plea.

In his impact statement her husband said: "I get very emotional having to relive what has happened to my daughter and my wife.

He said before the killing the family had lived a "happy fulfilling and blissful life." Since then he has had to give up work and "each day is a struggle."

Mr Sivanantham said he has not spoken to his wife but accepts she was not responsible for her actions.

"I know that if she was well she would not have been able to kill our daughter," he said.

Sivanantham was sentenced to an indefinite hospital order during the hearing at the Old Bailey today.

The judge said: "What is clear is that the ongoing mental illness was not fully appreciated by anyone around her, including her doctors.

"She developed a morbid concern that she was seriously ill and became convinced she was going to die.

"She was due to have further hospital tests the next day and was clearly depressed, possibly about what would be found.

"She went to the bedroom for a lie-down. She took Sayagi with her. She also took two knives."

Detective Chief Inspector Katherine Goodwin from the Met’s Specialist Crime said: "This is a truly tragic and complex case which has devastated the family and community and has had a huge impact on the investigation team. Our thoughts will always be with Sayagi.”