We’re all in it (too close) together! Neighbours raise spirits with a good old-fashioned sing-along during UK coronavirus lockdown… but forget about official social distancing advice

Neighbours appear to have flouted the official two-metre rule by standing close to each other for a sing-along aimed at raising community spirits.

The group crowded together in Bishopton, Bristol, for the touching event during the UK’s coronavirus lockdown, which has seen cafes, pubs and bars close their doors.

The scenes have prompted fears that other communities could be engaged in similar activities, after more than half of 2,000 adults surveyed said the virus had brought them closer to neighbours.

The government has advised people to keep their distance from each other as it attempts to stifle the coronavirus outbreak, which has seen more than 5,000 UK citizens infected so far. 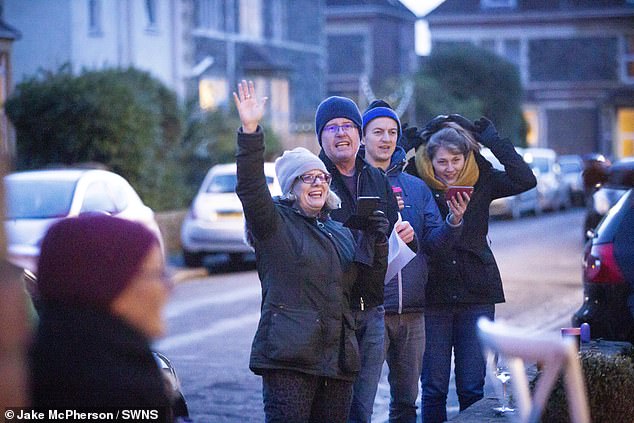 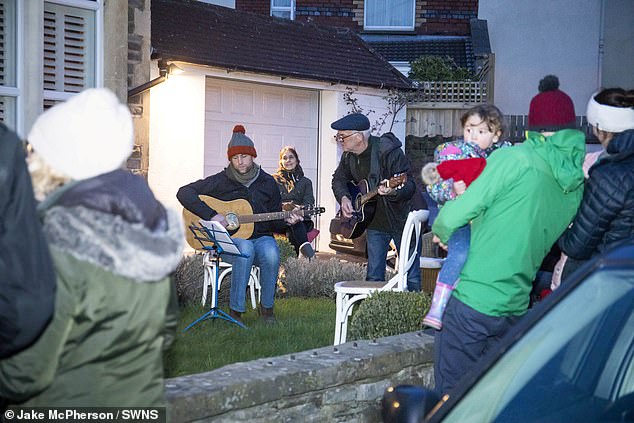 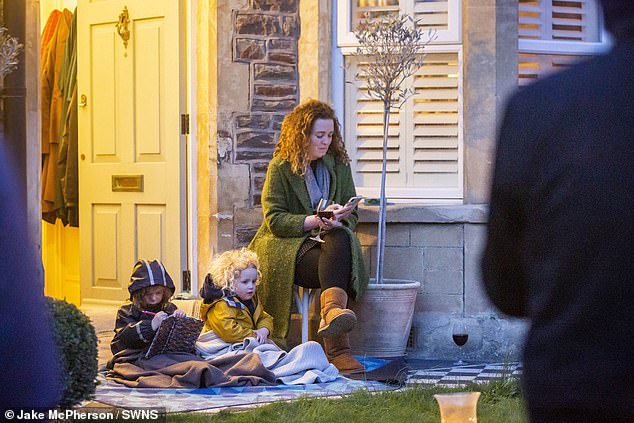 Thehy were singing to a woman and her two children, who sat outside their house. Boris Johnson has advised the public to avoid all ‘non-essential’ public meetings

Heartwarming pictures show the group singing to each other, with one member even playing a guitar, on March 20.

Communities across the UK have taken action to support each other by setting up social media groups and checking on neighbours.

As many as 64 per cent of adults that responded to a survey by ChannelMum.com said that coronavirus has strengthened their community, with most starting to talk to neighbours for the first time.

‘Now is the time for everyone to stop non-essential contact with others and to stop all unnecessary travel,’ he said. ‘You should avoid pubs, clubs, theatres and other such social venues.’ 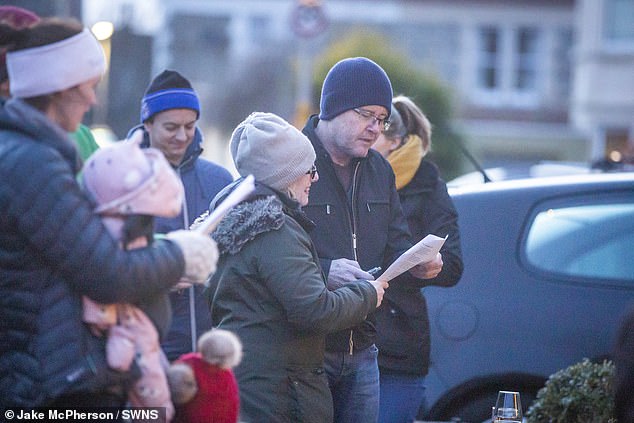 Community members stand close to each other during the sing-along. Government advice is for people to keep at least two metres apart 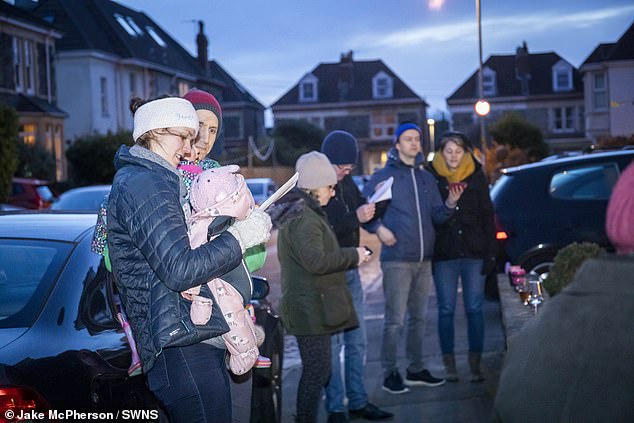 Community members stand near to each other for the event. It has prompted fears that others may be engaged in similar activities within their communities

Official advice published by the government tells those aged between zero and 69 to avoid social mixing in their community and, if they do come into contact, to keep at least two metres away from each other.

The advice also says residents should not have friends and family to the house and should work from home.

After cafes and public venues remained busy, as many ignored government advice, the government ordered all cafes, bars, restaurants, pubs and gyms to close by midnight on March 20.

The UK has seen more than 5,000 cases of coronavirus and 233 deaths due to the disease so far. London is at the centre of the outbreak.