Skip to content
HomeWorld NewsNew Mexico suspect accused of decapitating victim after recent release from jail: 'They let a monster out'

Warning: This story includes graphic details of an alleged murder.

A New Mexico suspect has reportedly confessed to brutally murdering and decapitating a 51-year-old man at a park in Las Cruces on Father’s Day.

Joel Arciniega-Saenz, 25, was arrested on first-degree murder charges in the death of James Garcia at Apodaca Park on June 20, KFOX 14 of El Paso, Texas, reported.

Arciniega-Saenz is accused of stabbing and decapitating Garcia.

The suspect reportedly claimed he followed Garcia to the park after Garcia robbed him while he was hanging out at his house a few days earlier. Arciniega-Saenz also claimed without evidence that Garcia had raped Arciniega-Saenz’s wife several years ago but wouldn’t identify her to police.

He allegedly said he dragged Garcia’s body to the street and kicked the victim’s severed head at 14 cars. Investigators found the head yards away from his body. The suspect is also accused of severing one of Garcia’s middle fingers.

The suspect was later found at the park with a bloody knife and dried blood on his clothes and was arrested.

Arciniega-Saenz was previously arrested in 2017 for the shooting death of Benjamin Montoya, 21, but the charges were later dismissed when a key witness was found with a gun of the same caliber as the one used to kill Montoya, according to KDBC-TV in El Paso. 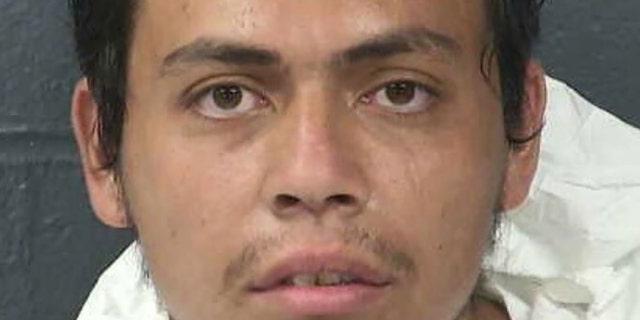 Montoya’s sister told KDBC that when she read the suspect had allegedly confessed to Garcia’s murder, it made her “angry.”

“I prayed he wouldn’t do it again and ruin someone else’s family,” Krystal Montoya said. “I just was very angry because they let a monster out.”

Arciniega-Saenz was also arrested last month for vandalizing businesses in La Cruces but was released again.

The Third Judicial District Attorney’s Office told KFOX it “diligently argued to keep this guy in jail on the most recent charges for vandalizing Beck’s Coffee House, but the District Court Judge Wingenroth ‘didn’t find him dangerous’ and released him on a $2,000 bond.”

Montoya told KDRD: “I don’t want this guy to be released again and go do something stupid again and go hurt another family again. No matter how much I hurt from my brother, I can say that I hurt for this person‘s family. He needs to be put away, period.”

The suspect was being held at the Dona Ana County Detention Center, according to KFOX.