California will pay off all the past-due rent accumulated by residents during the coronavirus pandemic, says Gov. Gavin Newsom.

The move would fulfill a promise to help landlords break even – while giving renters a clean slate, according to reports this week.

“California is planning rent forgiveness on a scale never seen before in the United States.” Newsom wrote on Twitter Monday night, attributing the post to a report by the New York Times. 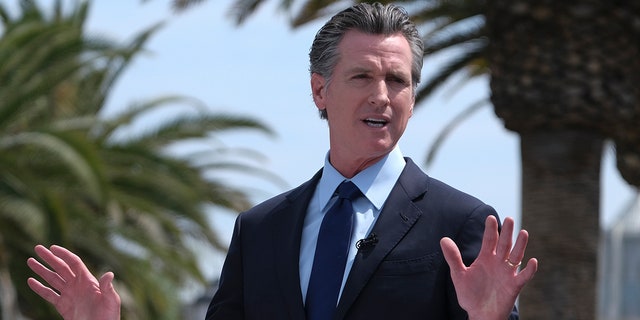 California Gov. Gavin Newsom talks during a news conference at Universal Studios in Universal City, Calif. Newsom and state legislative leaders are negotiating about whether to extend the state’s ban on evictions for unpaid rent on June 15, 2021.  (AP Photo/Ringo H.W. Chiu, File)

The state has about $5.2 billion from federal aid packages approved by Congress to pay off people’s rent, which should be enough to cover, said Jason Elliott, senior counselor to Newsom on housing and homelessness.

What’s unclear is whether California will continue to ban evictions for unpaid rent beyond June 30 – the date California’s eviction moratorium is set to expire.

Newsom and lawmakers will be “meeting privately” to discuss the issue, but there are disagreements about how long that extension should last.

Landlords argue that the state’s rapid economic recovery is a reason to not extend the eviction moratorium much longer. California accounted for 38% of all new jobs in the U.S in April and Newsom lifted all restrictions on businesses this week.

“We should do our best to get back to the starting point where we were in December of 2019. Anything other than that is taking advantage of a crisis,” said Keith Becker, a Sonoma County property manager.

Meanwhile, a tenant who spoke to the AP said that extending the moratorium was essential.

Kelli Lloyd, a 43-year-old single mother said she’s behind $30,000 after not working much of last year to care for her children who were out of school during the pandemic. Lloyd said she is worried about the possibility of being evicted if the protections expire – despite the debt likely being covered by the government.

“Simply because the state has opened back up doesn’t mean people have access to their jobs,” she said.

Another issue is that California has been slow to distribute the relief money, and is unlikely to spend it all by June 30. Of the $490 million in requests for rental assistance through May 31, just $32 million has been paid, according to a report by the California Department of Housing and Community Development.

Some housing advocates are asking the state to keep the eviction ban in place until the unemployment rate among low-wage workers has dropped to pre-pandemic levels.

The Associated Press contributed to this report