‘Wash your hands more often for 20 seconds’: NHS to hammer home hygiene message in bid to cut coronavirus infections – with even the Queen wearing gloves

Britons are being urged to wash their hands throughout the day for 20 seconds at a time as part of a major coronavirus awareness campaign.

Adverts are going up at bus stops and on billboards and social media sites stressing the importance of frequent handwashing.

They will also appear in newspapers and on radio stations.

Health Secretary Matt Hancock said simply washing your hands with soap and water was the ‘single most important thing’ Britons could do to protect themselves.

But the expanded advertising campaign is being launched amid widespread confusion over whether the public should abandon shaking hands for fear of spreading germs. The official advice on handshaking is far less clear.

Boris Johnson said yesterday that he was still shaking hands with ‘everybody’ – including with staff in hospitals where patients were being treated for coronavirus – despite politicians around the world ceasing the practice. 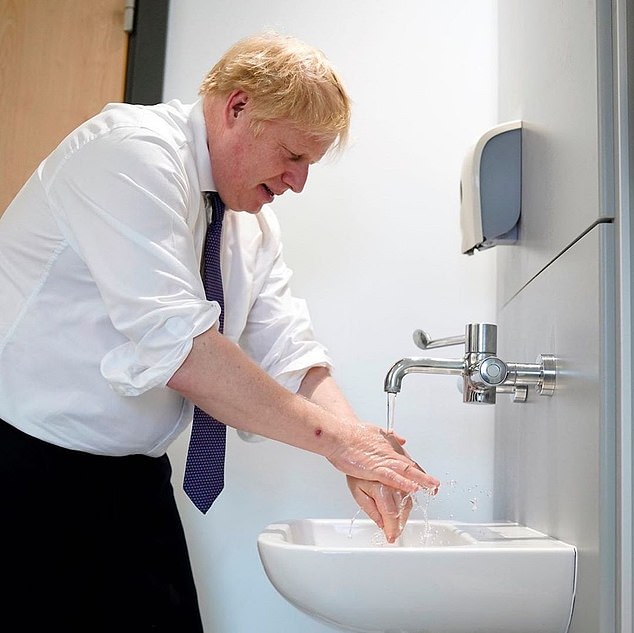 The Prime Minister shared a picture of himself washing his hands to his Instagram account, after telling Britons to rinse with hot water and soap at the press conference 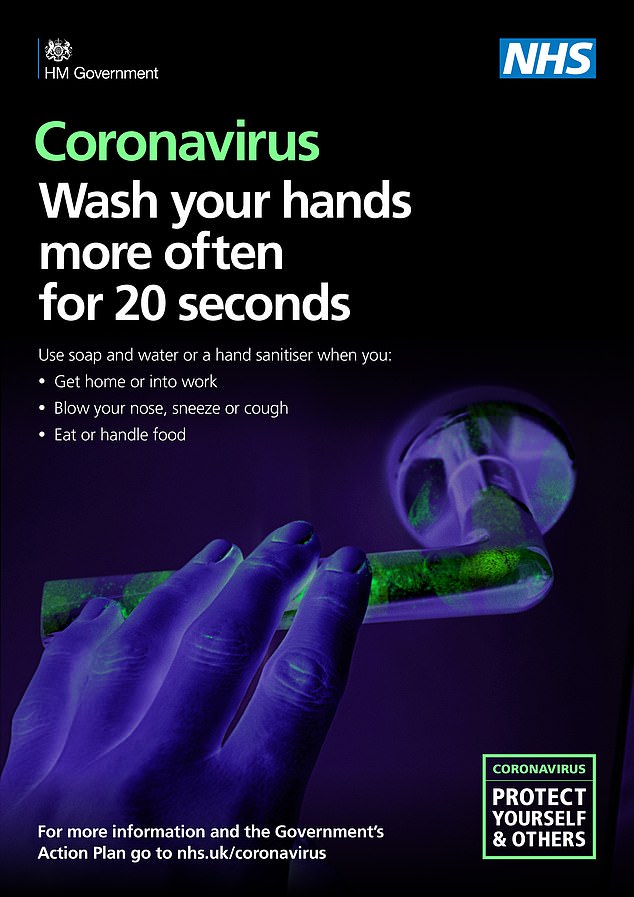 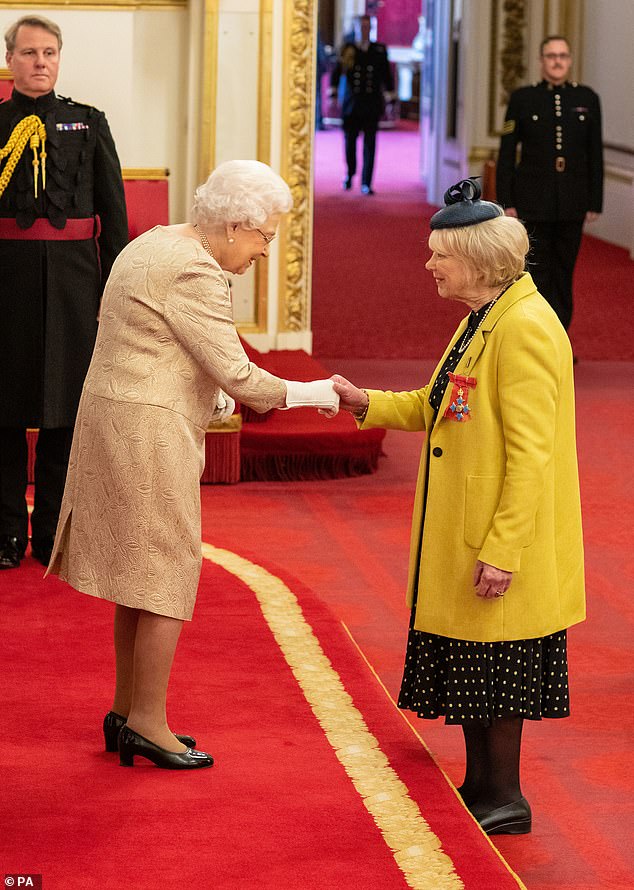 Mr Hancock, meanwhile, stressed that the risks of handshaking were ‘negligible’, especially if everyone washed their hands more often.

However, the Queen appeared to be taking precautions against coronavirus yesterday when she wore gloves during an investiture ceremony in the ballroom at Buckingham Palace.

Observers suggested the elegant white pair she chose to present awards appeared much longer than those she routinely wears when meeting the public on official engagements.

It is the first time the Queen has been pictured wearing gloves at such a ceremony in the past decade.

Traditionally she hands out honours without gloves, which could hinder the fiddly task of fastening medals to a recipient’s lapel.

At 93, she is in one of the groups most at risk if they contract the disease. Each investiture ceremony sees at least 60 people presented with awards. 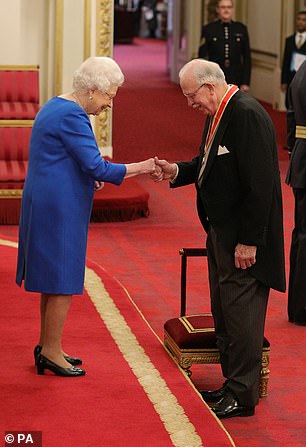 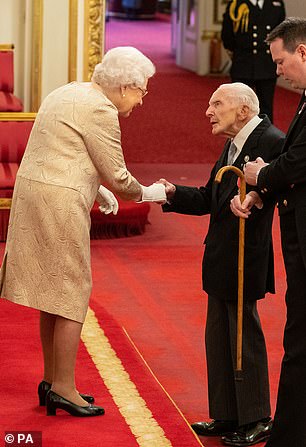 Traditionally the monarch hands out honours without gloves (left, knighting Sir Archibald Tunnock in November) , which could hinder the fiddly task of fastening medals to a recipient’s lapel (right, with Harry Billinge MBE today) 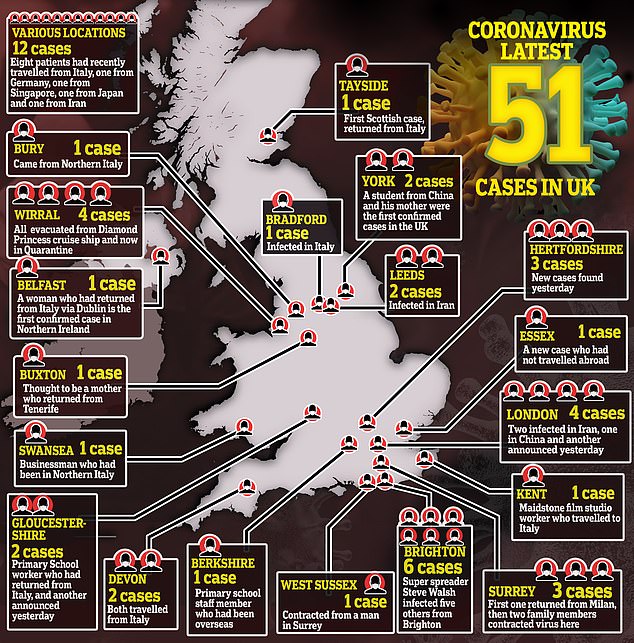 Buckingham Palace yesterday refused to be drawn on whether the Queen’s move was designed to protect her health. A spokesman said only: ‘It is not unusual for the Queen to wear gloves on a public engagement.’

The handwashing adverts begin with the stark message: ‘Coronavirus, protect yourselves and others.’

They feature an image of germ-ridden door handle with the warning: ‘Viruses can live on some surfaces for hours. Wash your hands more often.’ The adverts tell patients: ‘Use soap and water for 20 seconds or hand sanitiser.’

The adverts also urge the public to wash their hands when they arrive at work or at home in the evening. They must do the same before preparing or eating food, including snacks.

Mr Hancock said: ‘We all have a role to play in stopping this disease. Washing hands regularly is the single most important thing that an individual can do. Public safety remains our top priority.’