Nightclub boss is forced to pour £7,000 of alcohol down the drain after Boris Johnson postpones Freedom Day

A nightclub owner has been forced to dump over £7,000 of short-dated booze in a skip – after Boris postponed Freedom Day for a month.

Michael Ansell said he had no choice but to dump hundreds of bottles of Hooch and VK Blue, as well as Rekorderlig and Magners cider down the drain and into bins at his Planet Nightclub, in Wolverhampton.

Mr Ansell said the booze will be out of date by the time he’s allowed to reopen the club on July 19, making it unsellable.

Freedom Day, on which all restrictions are to be lifted, was earmarked for June 21 on the Prime Minister Boris Johnson’s roadmap out of lockdown. 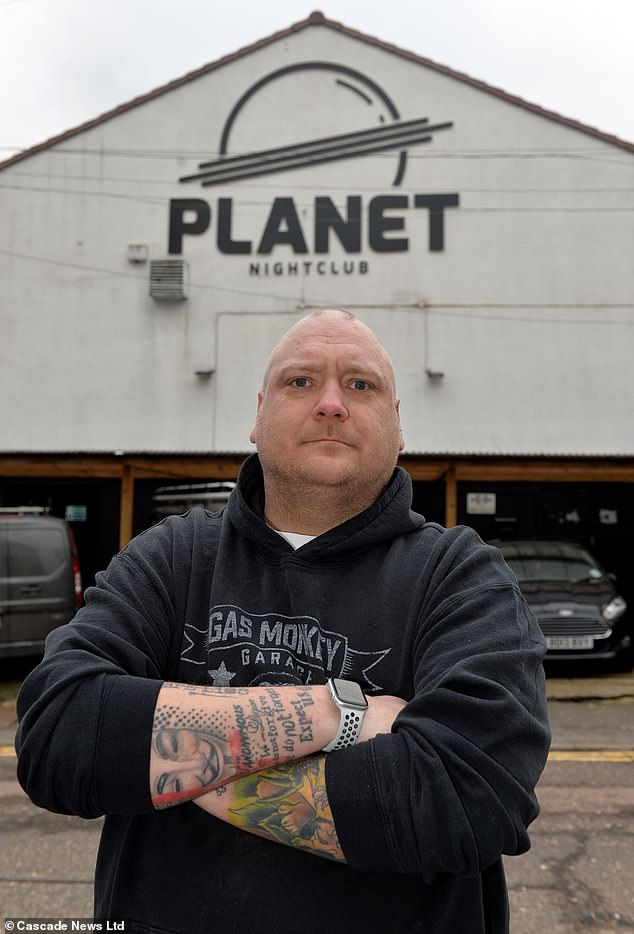 Michael Ansell (pictured) said he had no choice but to dump hundreds of bottles of booze down the drain and into bins at his Planet Nightclub, in Wolverhampton

However after Johnson announced the day would be postponed by four weeks, out-of-pocket Mr Ansell has now gone to his local MP Stuart Anderson seeking help for the nightclub sector.

Mr Ansell, who has taken out nearly £150,000 in bank loans, said: ‘Most of the stock was going to go out of date at the end of the month.

‘If the delay had been two weeks I might have had to get rid of half. I think everybody is in the same boat.

‘I was waiting for the announcement before I made a beer order as I don’t want stuff that’s only going to last a few weeks. It would be more wasted money.’

The boss said that he was ‘gutted’ for his staff, some of whom had only been hired recently for the reopening. 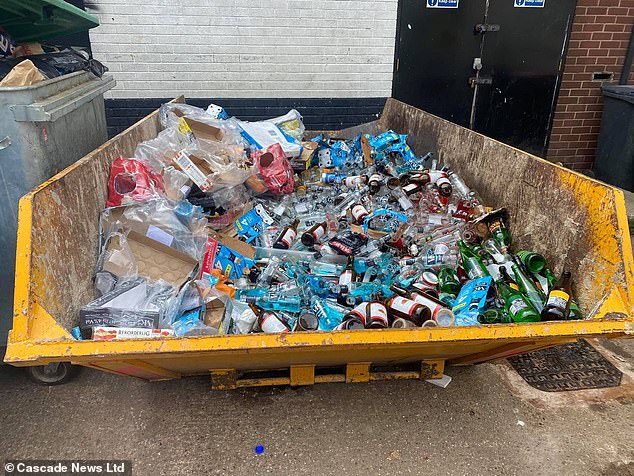 Mr Ansell said that by the time he’s allowed to re-open his Planet Nightclub, in Wolverhampton, hundreds of bottles will be unsellable – forcing him to throw them in the skip (pictured)

The delay means nightclubs like Planet have to stay closed, while strict limits remain in venues like pubs and cinemas, yet the Government is not offering further support to affected businesses.

‘Will there be details of what restrictions will be in place? There’s lots of things I need to do. Such as for Legionnaires Disease we have to run the taps for 20 minutes, and is there going to be screen to put up to protect staff against customers and vice versa.

‘I don’t want to commit to spending more money if it might not happen as money is tight. 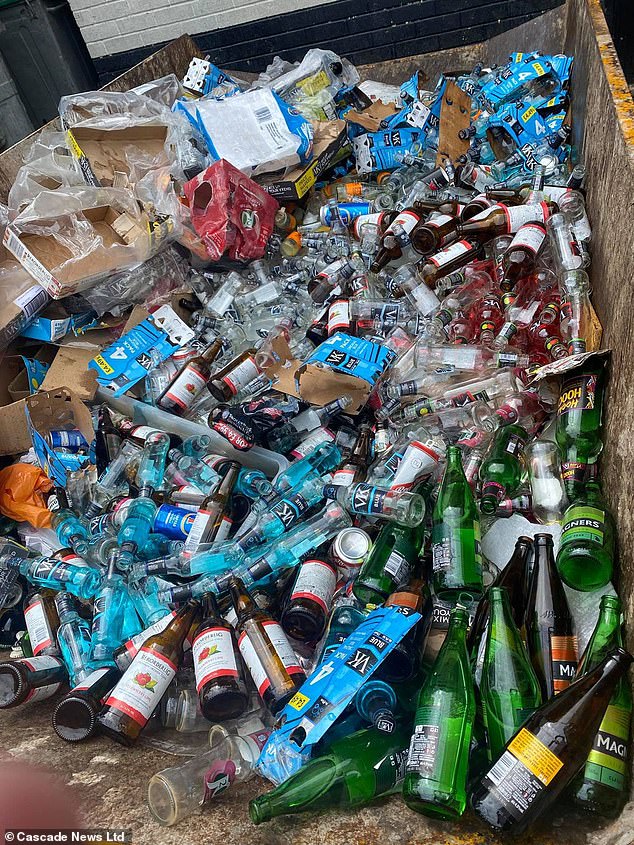 Something ‘unprecedented and remarkable’ would need to happen for the July 19 ‘terminus date’ for lifting Covid restrictions to be pushed back, Michael Gove has said.

Meanwhile pub bosses have warned that the four-week delay to lifting coronavirus restrictions will cost the sector £400 million.