A trans woman who amassed a ‘vast’ library of 80,000 child sexual abuse images over a 14 year-period has been jailed for nine months – as authorities decide whether to send her to male or female prison.

Paedophile Julie Marshall, 54, was caught after accessing the images from her hospital bed using public Wi-Fi while recovering from a heart attack in August 2017, Preston Crown Court heard.

Her home in Blackpool, Lancashire, was later raided by police and two laptops, a phone and multiple CDs were seized.

Marshall, who had no previous convictions, pleaded guilty in February to three counts of making indecent images of children by downloading them from the internet between June 2004 and April 2018. 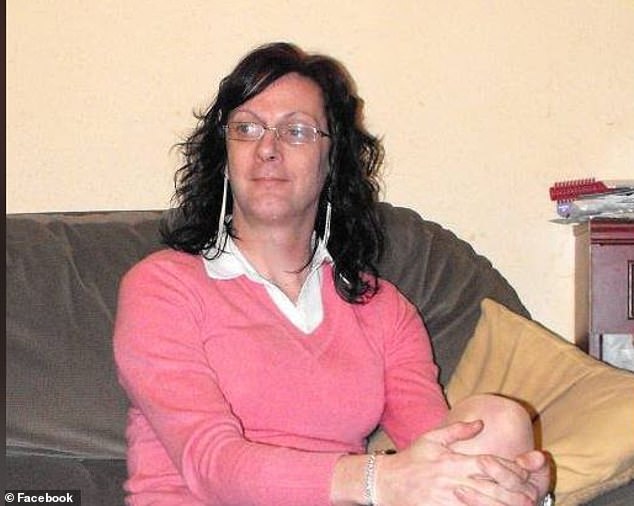 Paedophile Julie Marshall, 54, (pictured) was caught after accessing the images from her hospital bed using public Wi-Fi while recovering from a heart attack in August 2017, Preston Crown Court heard

They included 677 category A images at the most serious end of the scale, 465 category B images and 79,958 category C images.

Sharon Watson, mitigating, told the court Marshall’s personal circumstances were detailed in a pre-sentence report and she did not intend to repeat them in open court. 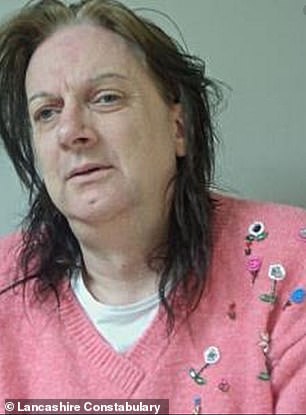 Ms Watson said Marshall pleaded guilty at the first opportunity and suffered ‘significant’ delay in the matter coming to court, through no fault of her own, after the offences came to light in August 2017.

‘The crown assert that the aggravating features are the period of time over which downloading took place – 14 years – and the amount of images and to some extent the ages of the children involved, though again it appears the bulk of interest seems to be in girls aged 15 or teenage girls.

‘The mental health issues have been of a long-standing nature. I do not go into the detail of them but they have run from adolescence to adult life.

‘It appears to me the period of time and the volume of images can only be met by an immediate custodial sentence.’

Judge Newell added that arrangements have been made for Ms Watson, but that what prison she ends up in is a matter for the prison service and Home Office.

He said: ‘We have made what arrangements we can with regard to where Miss Marshall will go for now.

‘The authorities are aware of the situation and protective measures will take place in the short term.

‘In the long term, allocation is a matter for the Home Office and the Prison Service.’

Male-born trans prisoners were first allowed to request a transfer to women’s jails in England and Wales in 2016.

The figures show the true scale of offending by criminals who were born male but were allowed to move into female jails after changing gender. It has sparked a debate about the safety of cisgender female prisoners and staff.

She was also given a 10-year notification order to sign the sex offenders register and a six-year sexual harm prevention order.