A very impawtant job: Adorable police dog Ozzie who was sacked from the force ‘for being too soft’ finds a new calling chasing birds away from planes

A former police dog who was sacked from the force has found a new home chasing birds away from planes.

Ozzie, a male German Shepherd, was part of the ‘O’ litter that was born and trained by Queensland Police Service in 2018.

But it soon emerged that the 18-month-old was not aggressive enough for the force and while he loved chasing balls he was useless at chasing criminals. 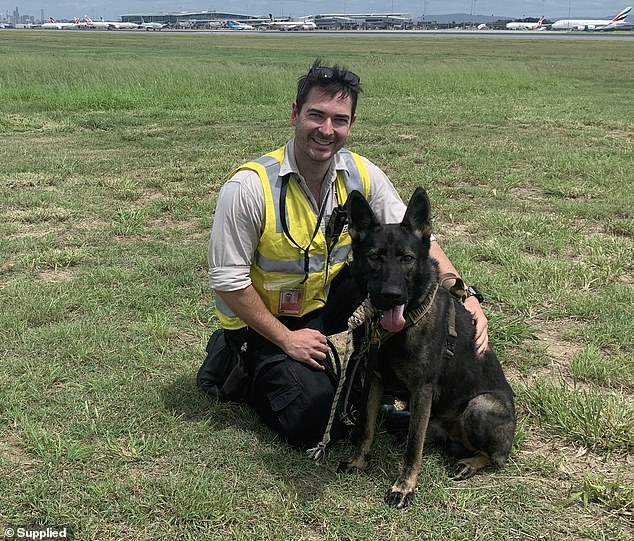 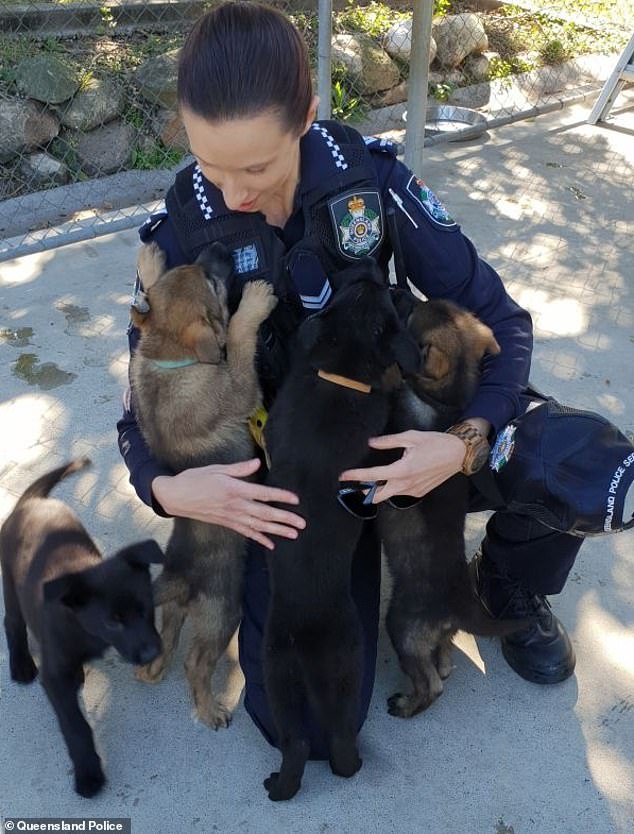 ‘Ozzie didn’t portray all the necessary traits of a police canine – but he is perfect for what we want, which is introducing a predator into the environment,’ Mr Ring told Daily Mail Australia.

Ozzie’s job is to scare away birds from highly frequented areas of the airport in order to not interfere with aircraft on the runways.

Mr Ring said the team have used cars with sirens and pyrotechnics to scare animals away in the past.

However the birds, which pose a danger to aircrafts if they get sucked into the plane’s engine, have become acclimatised to the sounds. 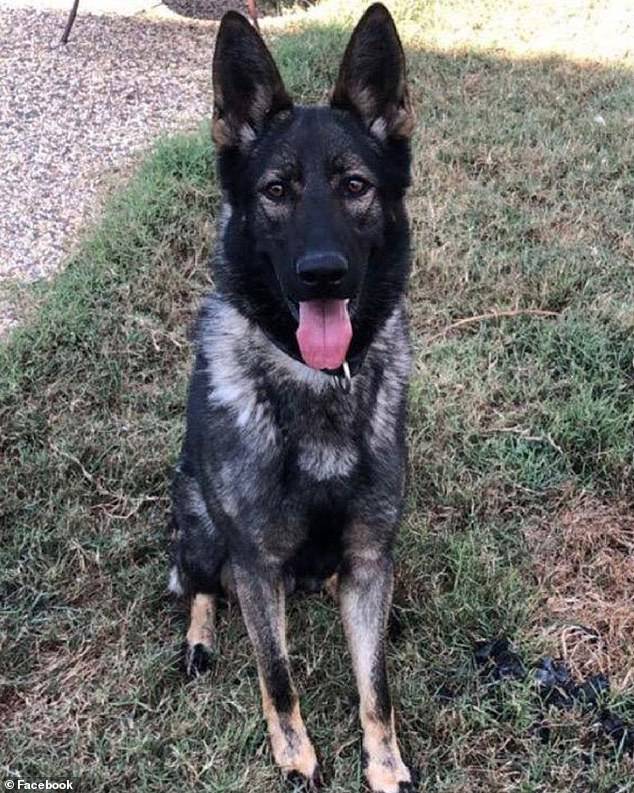 Since the airport employed Ozzie birds are too terrified to come near the planes making take off and landing much safer for all concerned.

Thankfully since the airport employed Ozzie, birds are too terrified to come near the planes making take off and landing much safer for all concerned.

‘His priorities in life are ball, then breathing and then everything else below that,’ Mr Ring said.

‘He’s perfect for us though because of his love of balls. He goes out and he’s so happy to run around.

‘He has got so much energy. He will do whatever we want as long as he can come back and play with his ball.’ 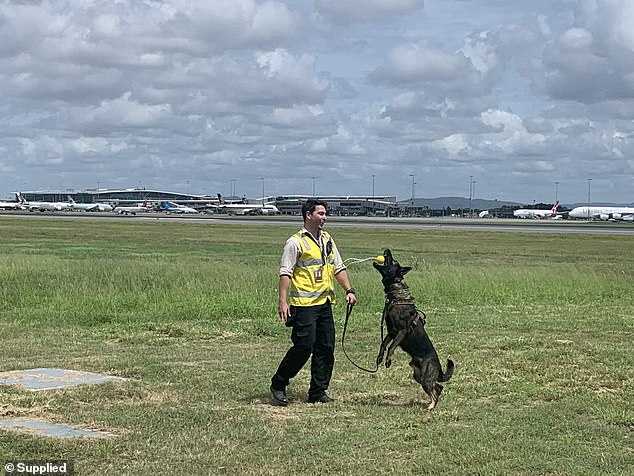 Ozzie’s day can consists of daily exercise and lots of positive reinforcement from his handlers.

He will then come to work and the handlers will look at the wildlife statistics of the area before taking him out to the 1,700-hectare airfield to patrols – which will grow another 360 hectares in July.

Mr Ring said that would be an active day, but on quieter days they take Ozzie off site to parks where there are lots of birds and they can practice drills. 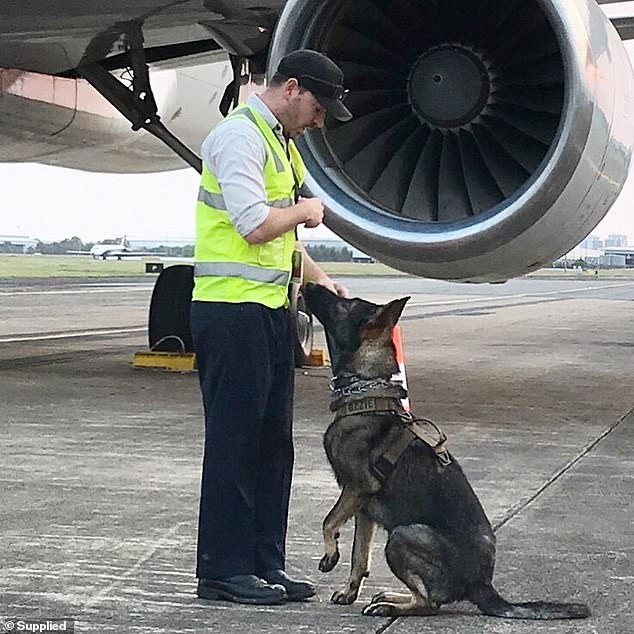 He also said the team absolutely loves having Ozzie around.

‘I love him and the team loves him. He is the biggest morale boost in the world,’ he said.

‘His duties out on the airfield and his training is one thing but another benefit of having a dog is he is amazing companion.

‘We have formed an incredible bond. Everyone loves him. He’s such a great bundle of energy and positivity running around.’

Ozzie is not the first dog to work at an airport. Gold Coast also used a Labrador named Joe for seven years before he died in 2018.