Safety fears have been raised as thousands of children prepare to attend a mass protest today featuring Greta Thunberg.

Parents have been warned to be vigilant at the Bristol demo attended by the 17-year-old climate activist – who is set to visit a 50ft high mural of herself – amid concerns that the city will be brought to a standstill.

The local council and police said the sheer size of the protest meant safety measures ‘may not be adequate, especially for primary school children’. 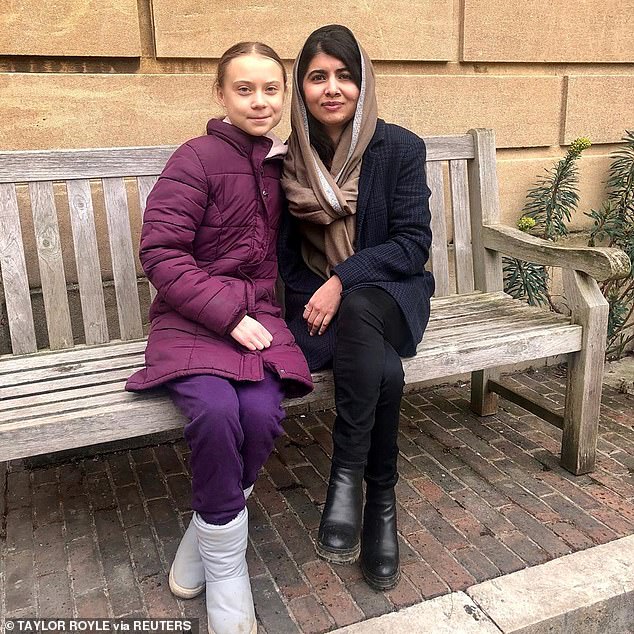 Greta Thunberg, 17, (pictured meeting Malala Yousafzai, 22, at Oxford University on Tuesday) is set to speak to 15,000 activists and lead them on a march through Bristol during a Youth Strike 4 Climate event on Friday

They warned anyone in charge of youngsters to be ‘responsible’ and to beware of the risk of falls and crushing.

Around 15,000 activists from around the country are expected to descend on the city for the Youth Strike 4 Climate event.

The Swedish teenager is due to address crowds before leading them on a march through the city centre. Two schools have said they will be closed due to disruption caused by the protest.

In a joint statement, Bristol City Council and Avon and Somerset Police warned: ‘Do not underestimate the scale of this protest.’ 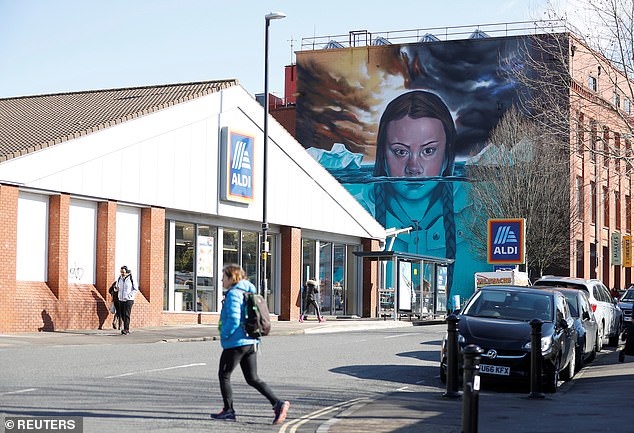 They said a lack of information from organisers had made it difficult to prepare for the demo and it was unclear how widespread disruption would be.

Many roads in the city centre will be closed from 9am to 4.30pm and residents have been urged to avoid unnecessary travel. Bristol City Council executive director Mike Jackson and Superintendent Andy Bennett of Bristol Police said: ‘There will be major disruption to the city.

‘People can easily be separated from their friends and family. Mobile phone signals can be intermittent due to saturation on the communications masts.’

But the demo’s organisers responded by accusing the police of ‘patronising’ them. 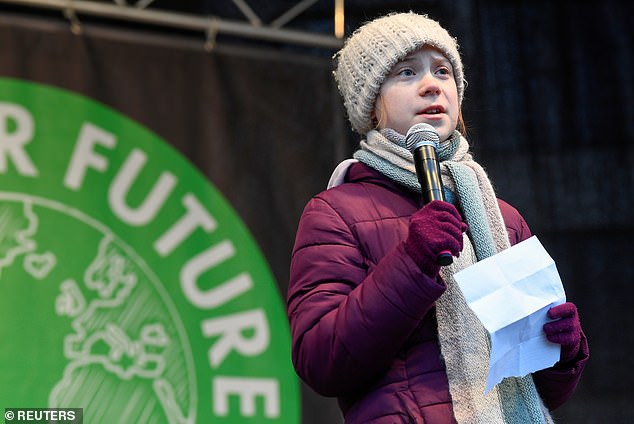 Two schools, Cathedral Choir and Cathedral Primary, have said they will be closed due to disruption caused by the protest (Greta is pictured addressing the crowd during a Fridays for Future protest in Hamburg, Germany, last week)

They posted on social media: We’ve got…60 metres of festival barriers, two events companies supplying gear, a safe zone at the front sectioned off for young children, 80-plus stewards, an accessibility area and no time for being patronised.’

Miss Thunberg is expected to give a speech on College Green, in the centre of Bristol, at 11am.

She will also visit the brooding mural of herself, which features melting icebergs and a polar bear and was painted on a former factory by local artist Jody Thomas.

The teenager was pictured earlier this week sitting on a bench at Oxford University with Pakistani Nobel Prize Winner Malala Yousafzai, 22.

Around 60,000 people turned out to see Miss Thunberg when she joined a protest in Hamburg. Since today’s event was announced, thousands of young people from across the country have expressed an interest.

One coach firm, Snap, said around 1,000 customers had registered an interest in being picked up from around the UK.

Some schools have agreed to let pupils attend – with conditions – and others warn this will be recorded as an unauthorised absence. Last night two Bristol schools – Cathedral Choir and Cathedral Primary – said they would be closing for the demo.

Voters will go to the polls to decide whether to approve a whopping council tax rise to tackle climate change.

Tory-run Warwick District Council is the first in the country to hold a referendum to give it the power to put up its portion of tax bills by 34 per cent.

A referendum has to be held if a district council wants to put up its bill by more than 2 per cent.

The council said the extra money – equivalent to £57 a month on an average Band D property – would go into a £3 million ‘climate action fund’.

The vote is on May 7 – a month after people will have started paying the higher charges.

The TaxPayers’ Alliance said: ‘This is nothing more than yet another council tax hike.’