Sex DOLL on the beach: Rescue team ‘save’ inflatable woman found floating in Japanese harbour after it’s mistaken for a drowning woman

Rescue services in Japan who were scrambled to save a ‘drowning woman’ floating in the sea were shocked to pull out a rubber sex doll.

YouTuber Tanaka Natsuki happened to be filming a video when she saw police, fire engines and ambulances turn up to the coast of Hachinohe in the country’s north east.

The doll was floating upside down on the water, leading passersby to alert the emergency services. 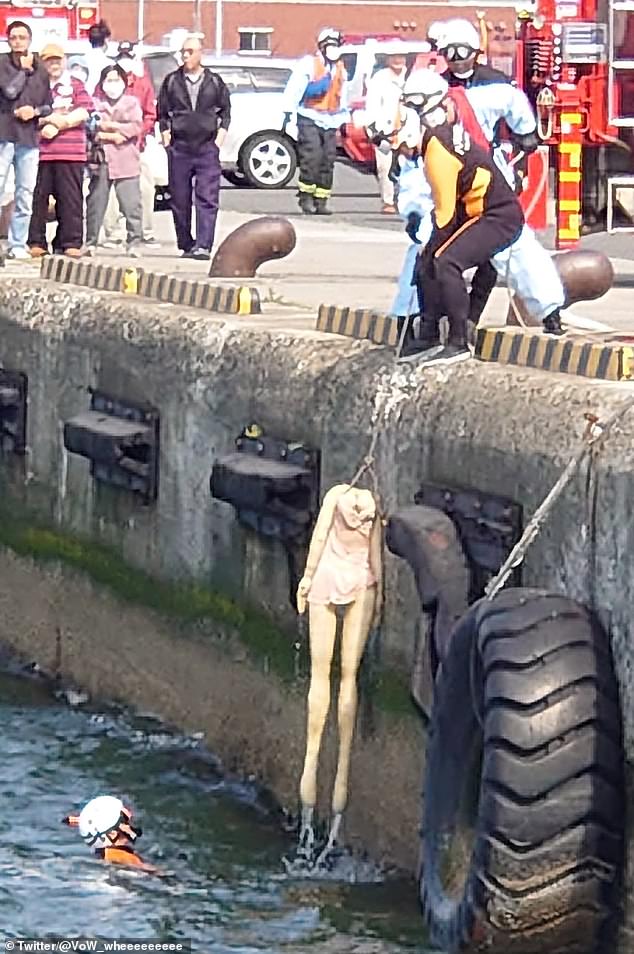 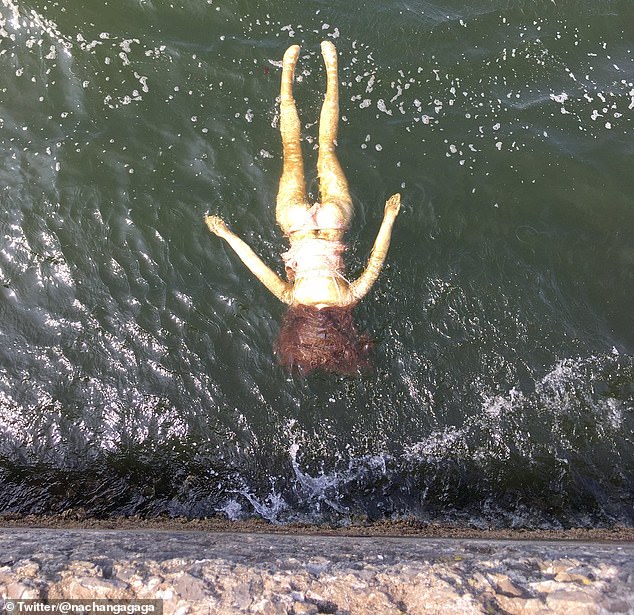 The doll was floating upside down on the water, leading passersby to alert the emergency services

Natsuki believed she was witnessing a real-life rescue until the doll, also known as a Dutch Wife, was pulled out.

She said on Twitter: ‘While I was filming for my fishing video, I thought that a corpse had come floating by, but it turned out to be a Dutch wife.

‘It seems someone misunderstood what it was and called the authorities, so a ton of police, fire trucks, and ambulances showed up.

Another who saw the rescue attempt said: ‘It’s funny for sure, but not fun for the emergency services. Dispose of your garbage properly, people!’ 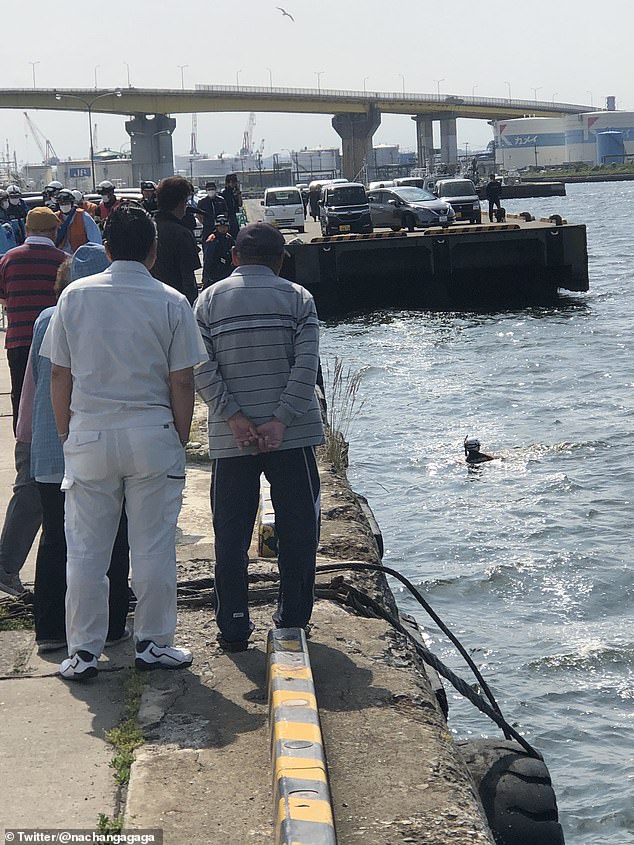 YouTuber Tanaka Natsuki happened to be recording a video when she saw police, fire engines and ambulances turn up

Around 2,000 sex dolls, which cost from $6,000 and can come with adjustable fingers, removable head and genitals, are sold each year in Japan, according to industry insiders.

Dutch Wives have to be disposed of correctly but there are services available for those who have a special connection with their inanimate partners.

The ceremonies see the life-like figurines placed in coffins, wrapped in burial clothing and decorated with garlands. 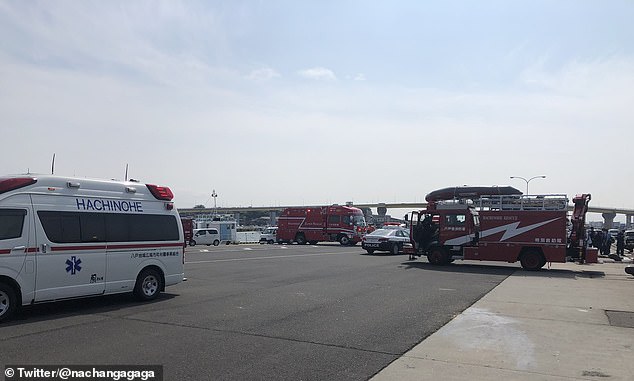 Other ‘mourning’ sex dolls watch on during the bizarre service which also has undertakers, candles and prayers.

Leiya Arata, who holds the funerals at her photography studio in Osaka, told Spanish news agency EFE: ‘I started the business because I felt it was a real need.

‘Many owners do not want them to be shredded as garbage, there are many who love them as if they were human members of their family.’

She added that many owners fear being shamed for leaving the dolls in the bin where they may be found by passersby.