Russia is using banned landmines that can detect footsteps and kill or injure anyone within a 50ft radius, a report has found.

Human Rights Watch said POM-3 anti-personnel mines that failed to deploy were discovered in the besieged Ukrainian city of Kharkiv despite international treaties outlawing their use.

The campaign group said the ‘Medallion’ mines have been deployed by Vladimir Putin’s invading forces.

Footage online reportedly shows armoured vehicles firing dozens of them into Kharkiv from nine miles away. 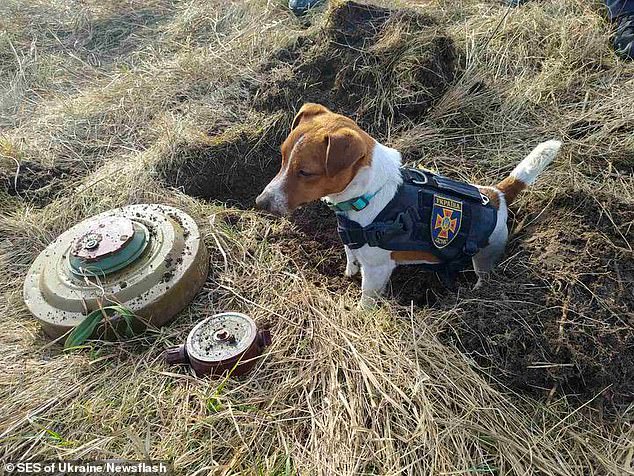 The devices descend by parachute before burying or fixing themselves into the ground.

A ‘seismic detector’ inside senses if someone is approaching and launches an explosive charge, sending shrapnel flying.

The use of landmines is prohibited by the 1997 international Mine Ban Treaty. Russia is not among the 164 signatories but Ukraine is.

Stephen Goose, director of the group’s arms division, said: ‘These weapons do not differentiate between combatants and civilians and leave a deadly legacy.’

Human Rights Watch said that a delivery canister remnant pictured in Ukraine contained POM-3 mines that failed to deploy properly, with markings indicating that it was produced last year.

Mr Goose added: ‘Countries around the world should forcefully condemn Russia’s use of banned anti-personnel landmines in Ukraine.

‘(It) deliberately flouts the international norm against use of these horrid weapons.’