The Midlands Air Ambulance, which is delivering the training, has seen a ‘huge increase’ in knife attacks and last year attended an average of two stabbings per week.

It said it is aiming its first-aid courses at youths because they are among the most likely to be first on the scene of an attack.

The specialist kits, which are designed to treat potentially catastrophic bleed injuries, contain items such as a military-grade tourniquet, heavy duty bandages and a foil blanket.

Hundreds of the kits have already been introduced in pubs and clubs in London and Birmingham. 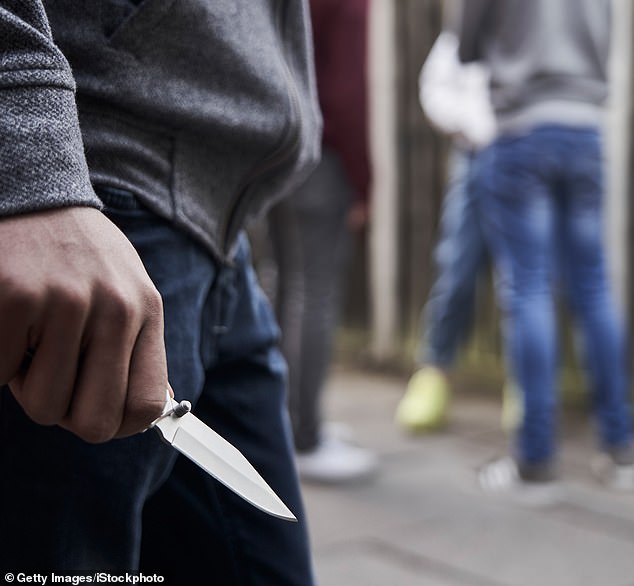 The Midlands Air Ambulance, which is delivering the training, has seen a ‘huge increase’ in knife attacks and last year attended an average of two stabbings per week

Jim Hancox, assistant air operations manager, said 60 schools have booked to have the training before the end of April.

‘We know the care people get in the early minutes and seconds after being injured is crucial to their chances of having a good outcome,’ he said.

A pupil at Worcester Sixth Form College, who had the training this week, said: ‘Any day you can see someone collapse or get hurt and it is important we know what to do to help save their lives.’

Teacher Kim Martin said the college wants the training to be offered to all pupils, adding: ‘There is some concern that maybe you’re getting this training because you’re more likely or your school is unfortunately at the centre of these incidents.

‘But hopefully most people will look at it and think that prevention is better than cure.’

Figures showed a 7 per cent rise in offences involving knives or sharp tools in England and Wales in the year to September 2019.