Skip to content
HomeWorld NewsSchoolboy, 16, killed himself after not seeing friends during lockdown

Schoolboy, 16, killed himself after not being able to see his friends during lockdown, parents reveal as they pay tribute to their ‘funny and kind’ son

Parents of a 16-year-old boy who took his own life after suffering anxiety as a result of the coronavirus lockdown have urged other parents to tell their children they love them every night.

The Liversedge family, from Cushnie, Aberdeenshire, have bravely opened up about their son Corey’s struggles with anxiety and how they believe issues caused by the pandemic led him to take his own life on October 24.

Parents Kerry and Adam described Corey as a ‘funny and kind’ boy with a ‘cracking sense of humour’ and said they hoped his story would help other parents avoid their own tragedies.

The Aboyne Academy pupil Corey was a young athlete, who competed in swimming at a national level and climbed more than 40 Munros, and had been troubled by the impact of lockdown on his daily life. 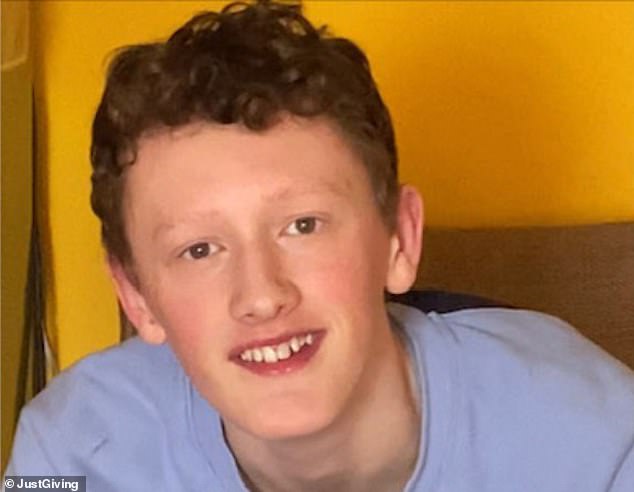 Corey Liversedge, 16, from Cushnie, Aberdeenshire, took his own life after suffering anxiety in lockdown

His father Mr Liversedge stated that had it not been for the mental health implications of the pandemic restrictions ‘we would still have our son here today’.

Following Corey’s death his family launched a fundraiser to generate cash for an environmental charity, a cause the 16-year-old cared deeply about as well as Men Matter Scotland, a charity dedicated to helping men deal with their internal struggles.

Thanks to an ‘outpouring of love’ from people whose lives Corey had touched, the online fundraiser has already generated more than £16,000 – far exceeding the original target of £500 set by the family. 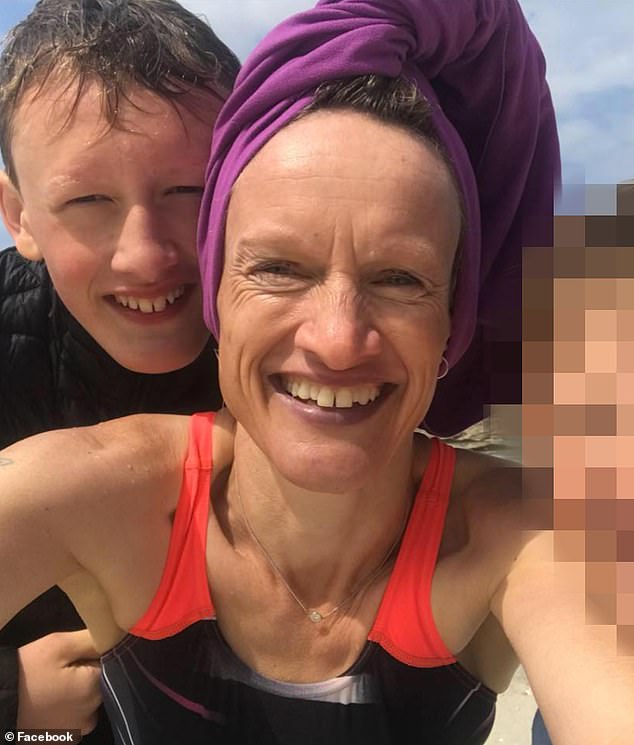 The teacher at Aboyne Academy, said: ‘The outpouring of love we have had from swimmers, pupils, teachers and everyone has been incredible.

‘The house is full of cards and flowers, and every single little bit has helped, people have shown us how much they loved him.

‘I only wish Corey had known, I just don’t think he realised about how many people loved him.

‘If he only had a little inkling of what people thought of him, I think he’d be here today, and if it was not for Covid-19, he would definitely be here with us today.’ 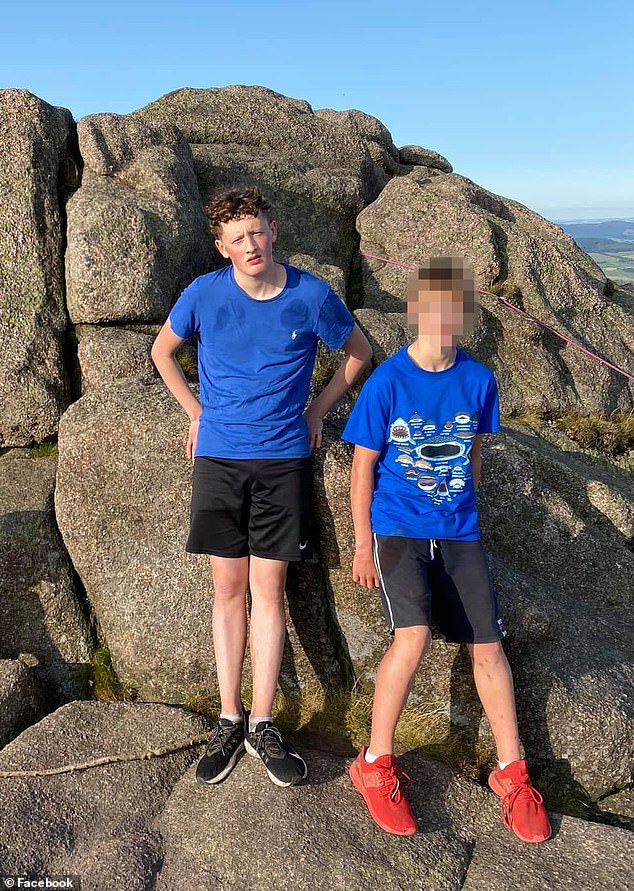 The Aboyne Academy pupil Corey (left) was a young athlete, who competed in swimming at a national level and climbed more than 40 Munros

She continued: ‘He spent a lot of his time not doing as much activity as he normally did, and I think the time away from his friends was one of the hardest bits.

‘He’s not one for Facebook or Whatsapp or anything like that, so he didn’t have that, so that break in the connection with his mates was tough.’

Mr Liversedge, also a teacher in Deeside, said: ‘Corey started his life getting press as he was born in an ambulance, and now he’s getting attention at the end of his life as well.

‘He was an intelligent boy who was functioning well, and things were going okay prior to the lockdown.

‘Everyone dealt with Covid-19 in different ways. 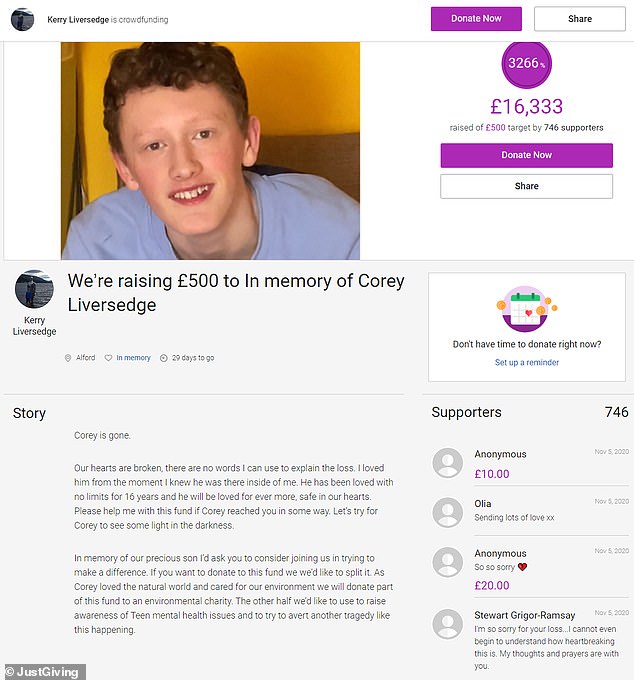 The family has raised £16,333 an environmental charity, a cause the 16-year-old cared deeply about, and Men Matter Scotland, a charity dedicated to helping men deal with struggles

‘I can say with 100 per cent certainty that we would still have our son today if it had not been for lockdown.’

He added: ‘We just didn’t see it coming at all.

‘Corey didn’t get the chance to live the life he should have had.

‘He did do a lot with his life, he did amazing things, he’s been up mountains, he’s been skiing, he was such an accomplished swimmer.

‘It’s the why, that’s the question. We will never know the why.’

Corey’s mum has urged other parents to ‘be careful with your precious children’, and said the fundraiser is a ‘glimmer of hope’ for the family at ‘the end of a very dark tunnel’.

‘Somebody needs to stand up and shout about this’, she said.

‘The teenage years are really tough. Kids are prickly and one second they love you and the next they can push you away, but tell them you love them every night, and tell them that you’re proud of them and keep those lines of communication open.

‘Encourage them to talk, if not to you, then to their friends, teachers, or Childline, or anybody.

‘They just need to let it out, and not internalise things they can’t understand as a kid.

‘It’s not just children with diagnosed mental health conditions, it can happen to any child, and Corey was any child.’

A spokesman for Men Matter Scotland said: ‘We imagine the family’s hearts must feel broken, and no words can express how they must feel.

‘If Men Matter Scotland can support or assist anyone affected by this, please do not hesitate to get in touch. ‘We can be contacted via email at [email protected], telephone on 0141 9447900, and via social media platforms.’

For those wishing to pay respects, a funeral cortege will depart Brian Smith Funeral Services on Huntly Road in Aboyne on Friday at 1.45pm.

Anyone wishing to say farewell to Corey on the cortege’s journey to Baldarroch Crematorium in Crathes is asked to adhere to social distancing and stand at a roadside on the way to the crematorium.The funeral is private due to current restrictions.

Donations to the Liversedge family’s fundraiser can be made here.

For confidential support call the Samaritans on 116 123, or visit Samaritans.org.