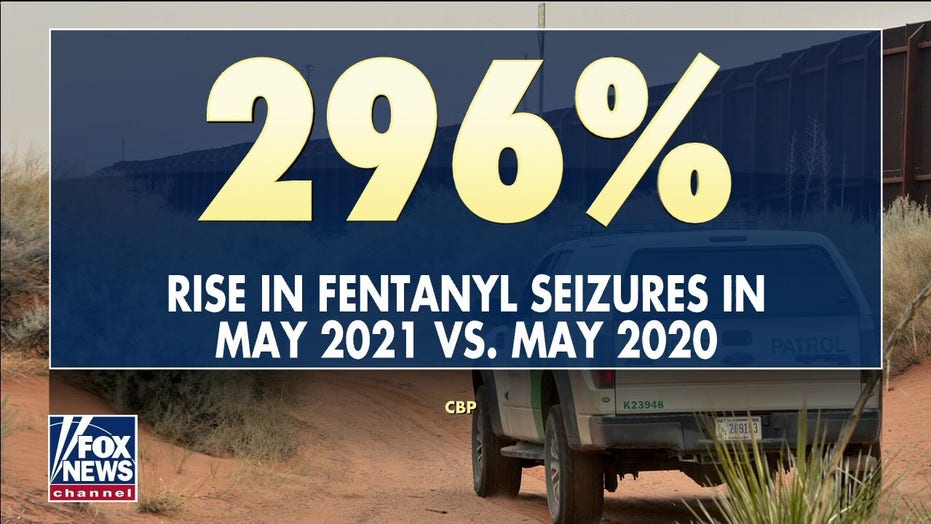 Across the country, more states are beginning to legalize drug testing strips that can detect the presence of the potent opioid Fentanyl to avoid deadly overdoses.

According to the National Institute on Drug Abuse, Fentanyl is 50 to 100 times more potent than morphine and is typically used to manage severe pain specifically after a surgery. While it’s legally prescribed, it’s also being sold and distributed on the black market. 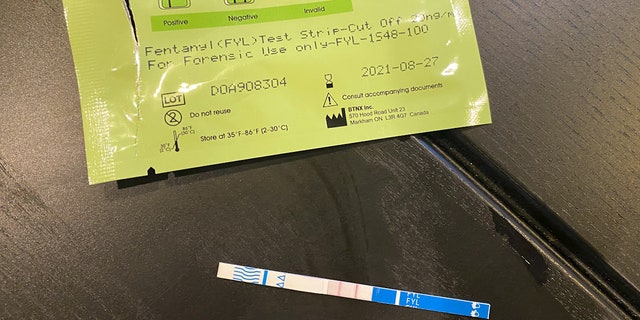 Across the country more states are beginning to legalize drug testing strips that can detect the presence of the potent opioid Fentanyl to avoid deadly overdoses (Stephanie Bennett/ Fox News).

Arizona is the latest state to legalize these Fentanyl testing strips, allowing users to see if their drugs have been laced with lethal doses. Governor Doug Ducey signed the legislation on May 19th and it will take effect 90 days after the legislative session ends.

Sonoran Prevention Works say they’ve been ahead of the game, by handing out more than 20,000 strips over the last three years. Helping save lives, even when they weren’t legal. “Now that it is not some illegal thing and it’s not going to be an underground activity, our hope is that more and more entities will start distributing these and making them available,” said Coles.

For now, these strips will only be available online or from a drug prevention group. Coles says they give them out for free to anyone who needs them. Advocates are hoping they’ll become more accessible at local pharmacies one day. 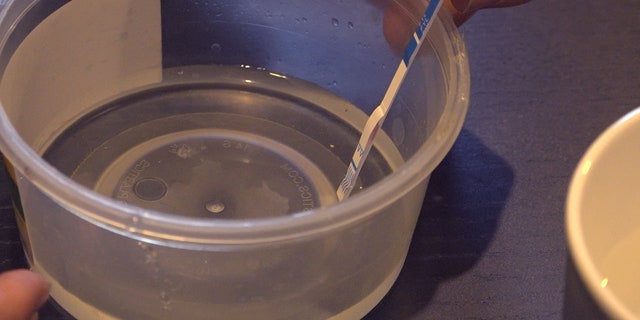 Users can take a small sample of their medications, mixed with water, and hold the test strip for less than a minute. After that one or two lines will appear, indicating whether it is laced with Fentanyl (Stephanie Bennett/Fox News).

“It’s definitely a stepping stone,” said Coles. “To have people have access to the strips is really important because then they have the option of testing what’s in their drugs, but we don’t think that this is going to solve the whole problem, because still not everybody is going to have access to them.”

Natalie Nelson volunteers at the organization, she also uses the test strips herself.

“I actually would not be here speaking with you today if it weren’t for the Fentanyl testing strips because Xanax is a huge drug in Arizona that Fentanyl is in, and it’s very sad, and a lot of the times that I would buy Xanax, there would be Fentanyl in it,” said Nelson.

Out of all the times she has tested her anxiety medications with the strips, ten times they’ve come back as positive for Fentanyl. 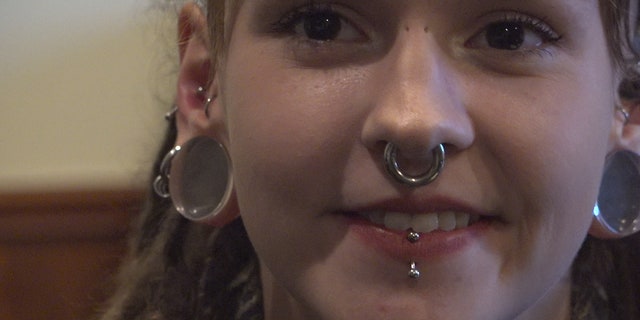 22-year-old Natalie Nelson volunteers at the organization and also uses the test strips herself. She’s hoping to be an advocate for change and to encourage more people to check their medications with the strips (Stephanie Bennett/Fox News).

“Once I tested them, I would take a picture of it and send it to the person that I got it from. Usually they have no idea, because they’re getting it from whoever. Then they stop selling it, which is awesome because that reduces the risk of a lot of people overdosing,” said Coles.

Nelson, 22, has lost 5 people to Fentanyl overdoses this month alone. She’s even helped save lives in the past by using drug-reversal injections like Naloxone, something the organization also distributes to people in need.

Some states consider these test strips “illegal drug paraphernalia,” but several including Colorado, Rhode Island, Maryland, New Mexico, and now Arizona have made efforts to decriminalize them, with the intent to save lives.

Nationwide the number of opioid overdoses is growing. The most recent stats from 2019 show that number, mainly caused from Fentanyl, reached over 36,359.

Advocates ultimately want users to seek professional treatment but until someone is ready, this is a way to help. Nelson hopes more will be done to combat mental health across the country to address drug issues in the first place.

“I noticed that a lot of people, that I interact with that use drugs frequently are actually self-medicating for an underlying mental health disorder, and they’re trying to cope, because they either don’t have the resources to get help, they don’t know how to get the resources, they don’t know where to start. They just want to, you know, cope with it,” said Nelson. 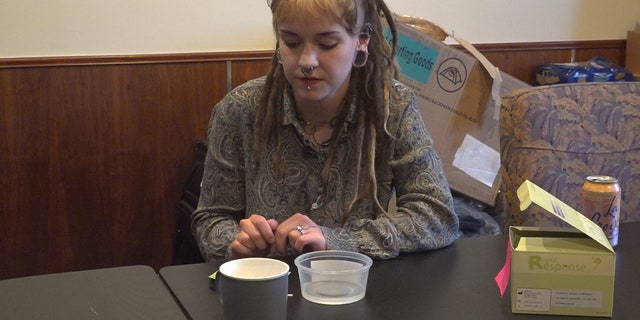 For now, these strips will only be available online or from a drug prevention group (Stephanie Bennett/Fox News).

“These people who are just human beings, just like everybody else, are demonized in the community and it just always made me so sad to see that. The shame and guilt that these people hold just because they use a substance, it’s very sad to see and I wanted to become an advocate for those people. I want to essentially become sort of like a voice, and be part of this safe haven that we have here, for people that use drugs,” said Nelson.

“In Arizona, there’s no standard free place for people to dispose of their syringes. when people call into the state, they’re told to put them in the trash,” said Coles.

“The more syringe service programs we have, the more places, we will have for people to dispose of those syringes. What’s important about the law to is it protects people who are traveling with their used syringes from being arrested with those used syringes if they can prove that they are a member of a program, and that is how we’re able to incentivize people to come back to bring their syringes to us.”