South Africa farm slaughter: Woman and her elderly parents are kidnapped from their property and brutally murdered in latest attack to shock the country

Three members of the same family were kidnapped in a horrific attack on a farm in South Africa then driven out into the wilds in their own cars to be be brutally slaughtered.

Daniel Brand, 82, his wife Hybrecht, 73, and their daughter Elizabeth, 53, went missing from their rural home near Hartswater in the Northern Province on Sunday night.

Elizabeth, known by her nickname Elzabie, had been visiting for Sunday lunch – but her body was found on Tuesday morning by a drone operator.

Worried relatives drove out to the smallholding at noon on Monday after they failed to get in contact with the family. 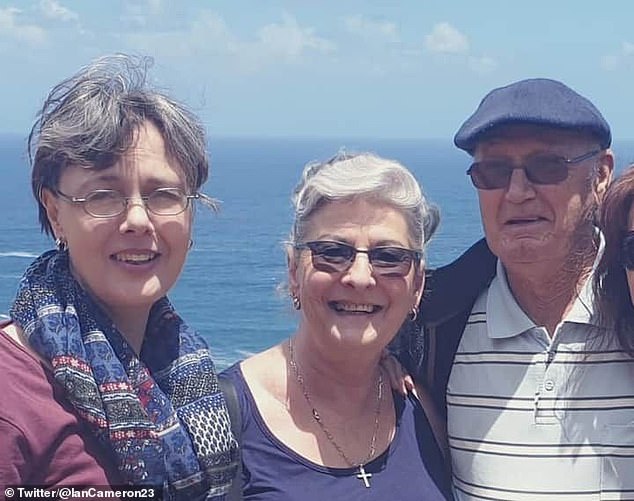 Daniel Brand, 82, his wife Hybrecht, 73, and their daughter Elizabeth (left), 53, went missing from their rural home near Hartswater in the Northern Province on Sunday night 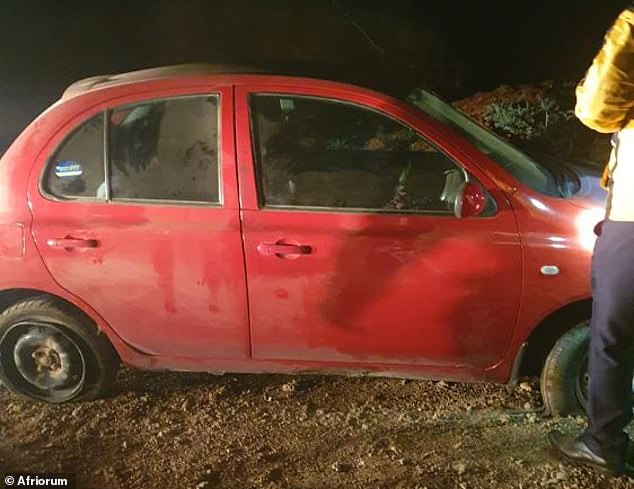 One of the two cars stolen from the Brand smallholding in Hartswater, South Africa. It was later recovered by the police

They found the home empty. It had been ransacked and there were blood stains inside.

Daniel’s Nissan Micra and Elizabeth’s silver Mazda were also missing from their drive.

It is not known how Elizabeth was killed but a member of the police search and rescue team said finding her body was ‘extremely distressing’ due to her condition.

She was found near Takaneng Village in Taung, a 30-minute drive from the house, and is believed to have been driven there by the kidnappers in her own car. One of the missing cars was found nearby. 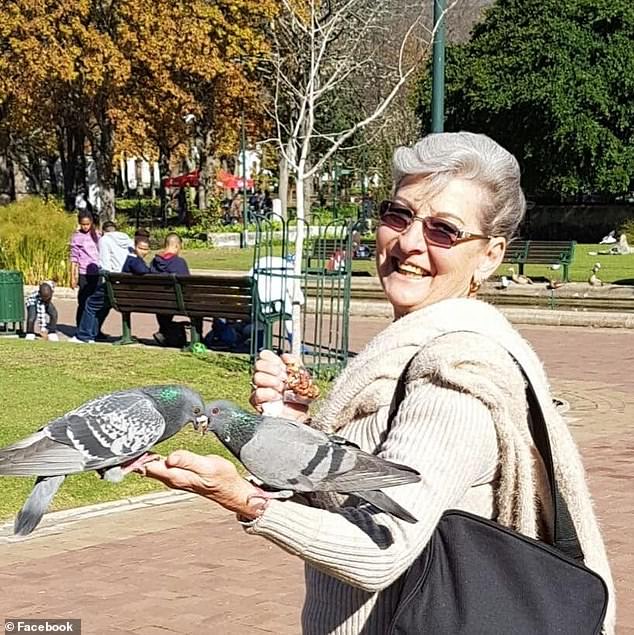 Hybrecht (pictured) went to The Grove School in Milton Keynes but moved to South Africa after she finished her education, according to her Facebook page

A woman, aged 42, was arrested on Monday night after she was found driving the stolen silver Mazda along with two men aged 18 and 19.

A fourth man, aged 20, was arrested shortly afterwards by police.

It is understood two of the gang pointed out the rough area where they had dumped Elizabeth and told police her mother and father were left hanging dead from a tree nearby.

A source close to the investigation revealed the family were ‘brutally murdered’. The culprits took their two cars, a few cell phones ‘and a bit of jewellery and cash’.

The source added: ‘From the statements we have taken, it is clear the mother and father and the daughter were all three kidnapped and later brutally murdered.

‘We have found the daughter but the area where it would appear the mother and father were left is remote and we are still looking for their bodies with a team of searchers. 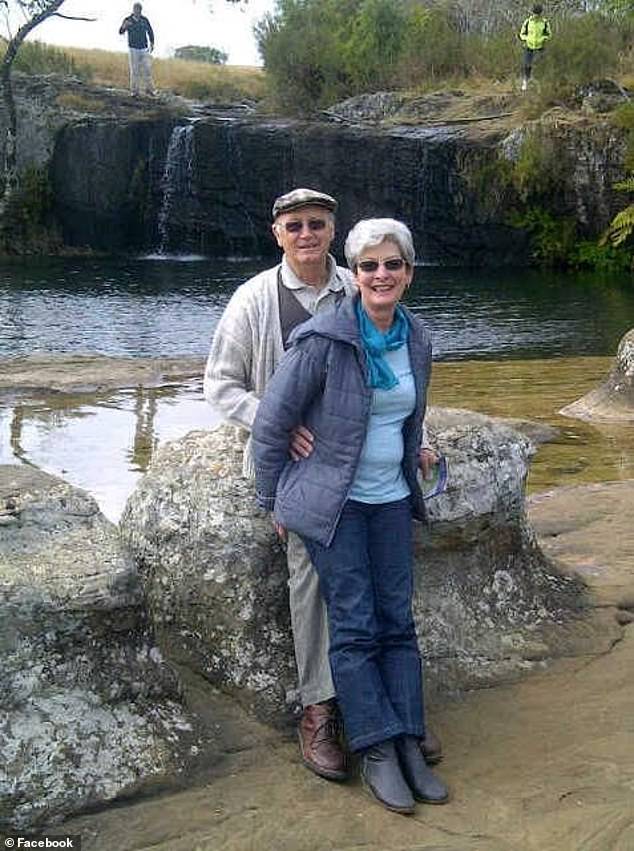 Murdered Danie and Breggie Brand, who were abducted along with their daughter from their smallholiding in Hartswater, South Africa

‘You can only image the terror these poor people went through in their last hours and there was no need to kill them. They could have just robbed them if that was what the motive was.’

Father-of-three Daniel, known as Danie, and his wife Hybrecht, who was known as Breggie, ran a water production scheme. They supplied the water to the local area.

Hybrecht went to The Grove School in Milton Keynes but moved to South Africa after she finished her education, according to her Facebook page.

A spokesman for Afriforum, a pressure group highlighting the murders of those on farms and smallholdings, called on President Cyril Ramaphosa to ‘wake up’ to the killings.

Marius Muller said: ‘The fears of relatives that all three had come to harm was reported to the local police station on Sunday but it appears that absolutely nothing was done about it.

‘It was only when those worried relatives travelled down on Monday themselves that they found effectively a crime scene with the house ransacked and the blood stains inside. 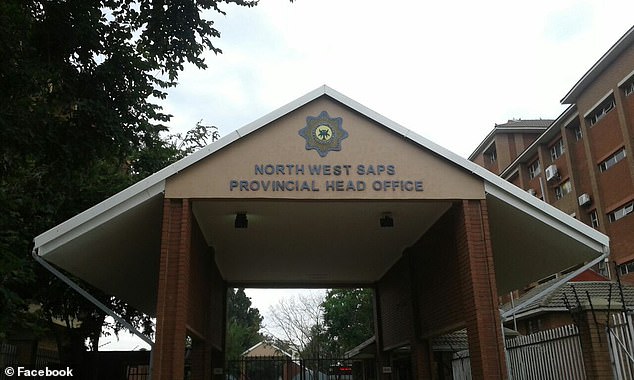 National police spokesman Brigadier Vishnu Naidoo confirmed three men and a woman were arrested after the stolen vehicle was stopped. They are now being questioned. Pictured, Hartswater Police Station

‘Who knows if the police acted immediately on Sunday then lives could have been saved? Those who run this country have to wake up to what is happening and protect farmers.’

After the relatives raised the alarm on Monday Daniel’s Nissan Micra was found close to Taung and Elizabeth’s Mazda was spotted driving on false plates at Pudimoe, 30 miles further along the N18 from the family’s home.

National police spokesman Brigadier Vishnu Naidoo confirmed three men and a woman were arrested after the stolen vehicle was stopped. They are now being questioned.

He said: ‘I can confirm that one woman was murdered and we are still looking for the two missing persons. It would seem that the motive for what happened here was robbery.

‘I cannot comment on the cause of death at this moment on the person we have found.’

Afriforum’s Mr Muller said a drone pilot found Elizabeth after an hour of scouring the area where she was thought to have been dumped. They are still looking for her elderly parents.

He said: ‘One suspect said the bodies of the others were left hanging from a tree out in the bush.’

South Africa is one of the crime hots spots of the world with 58 murders every day adding up to over 21,000 each year – though farm murders amount to much less with about 75 a year.

But statistics show it is four times more dangerous to live on a farm in South Africa than anywhere else and most of the farm attacks are particularly horrific.

Incidents of torture on farmers including pouring boiling water down ears, using power tools on their victims, burning them with hot irons, rape and the slitting of throats.