Stop hounding me! Stubborn dog throws himself down on his family’s driveway in a bid to prolong his nightly walk – forcing his master to carry him inside

This is the moment a stubborn dog throws himself on the family’s driveway forcing his owner to carry him into the house.

The video shows the pair approach their driveway after their daily evening walk. 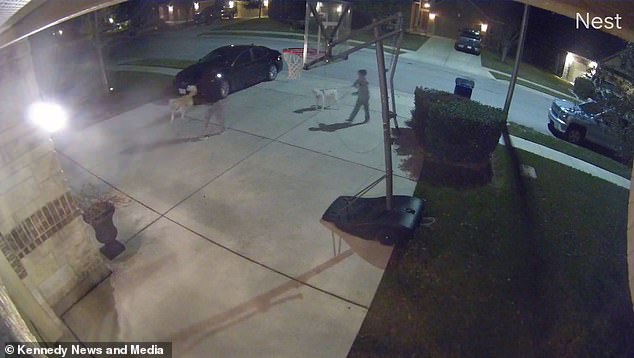 Marci Coryell and her son Dylan return from the evening walk with their two dogs in New Braunfels, Texas 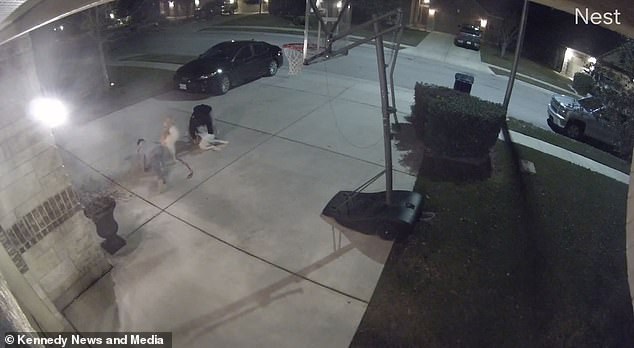 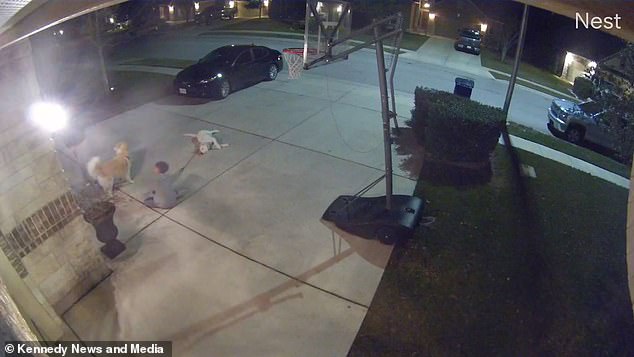 And while two-year-old Great Pyrenees Golden Retriever cross Annie is more than happy to wander back into the house – her furry brother has other ideas.

However Bleu collapses on the ground despite Dylan’s efforts to tug on his leash.

Eventually Marci carries 55lbs Bleu into the house in what has become a regular addition to their walk. 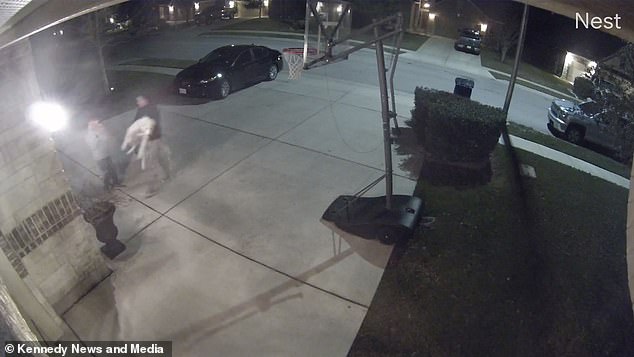 Marci is forced to carry Bleu, who weighs 55lbs, into the house after the strong-willed dog refuses to budge

In a second clip Bleu does the same routine despite Marci’s repeated pleas as she tugs at the leash saying ‘let’s go’ before the stubborn dog falls to the ground.

Another clips shows Bleu fall to the ground as he approaches the end of the driveway before Dylan rolls on the concrete in fits of laughter.

Eventually Marci comes to collect the strong-willed pooch and carries him inside.

Marci said: ‘Even though it happens every day, it always makes us laugh. ‘We know it’s coming and as we turn the corner to our house. 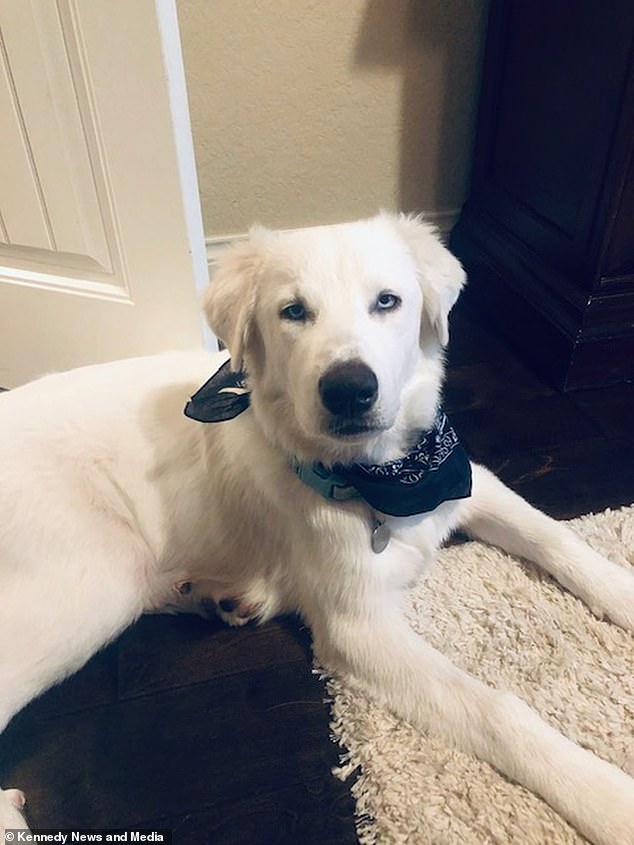 ‘He’s been doing it for the last three months.

She added: ‘We make bets as to how long it will take him to realize we are almost home and throw himself to the ground.

‘Bleu will not budge unless he thinks he’s getting another go around the block, in that case he will jump right up.

‘If he realizes we are trying to go inside, he won’t move, even if we try to drag him in. He’s always wearing a body harness, so not being pulled by his neck.

‘That being said, I always have to pick him up and carry him indoors.’