A STUNNING picture of a lightning storm inside the ash cloud from an erupting volcano has won a photo prize celebrating "perfect moments" in nature.

Runners up include a tense encounter between a snake and a hummingbird, and a magical "ice halo" surrounding a frozen tree. 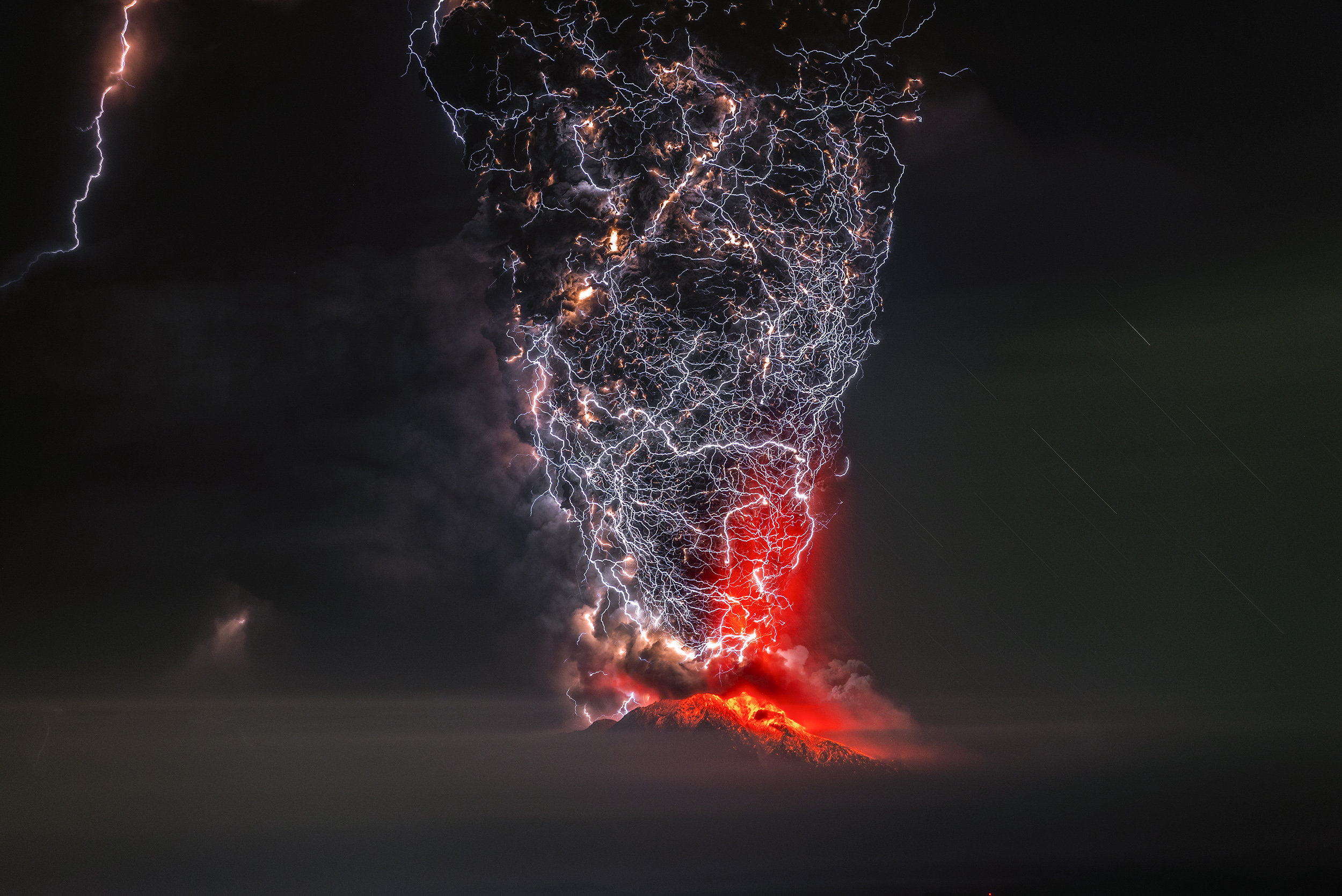 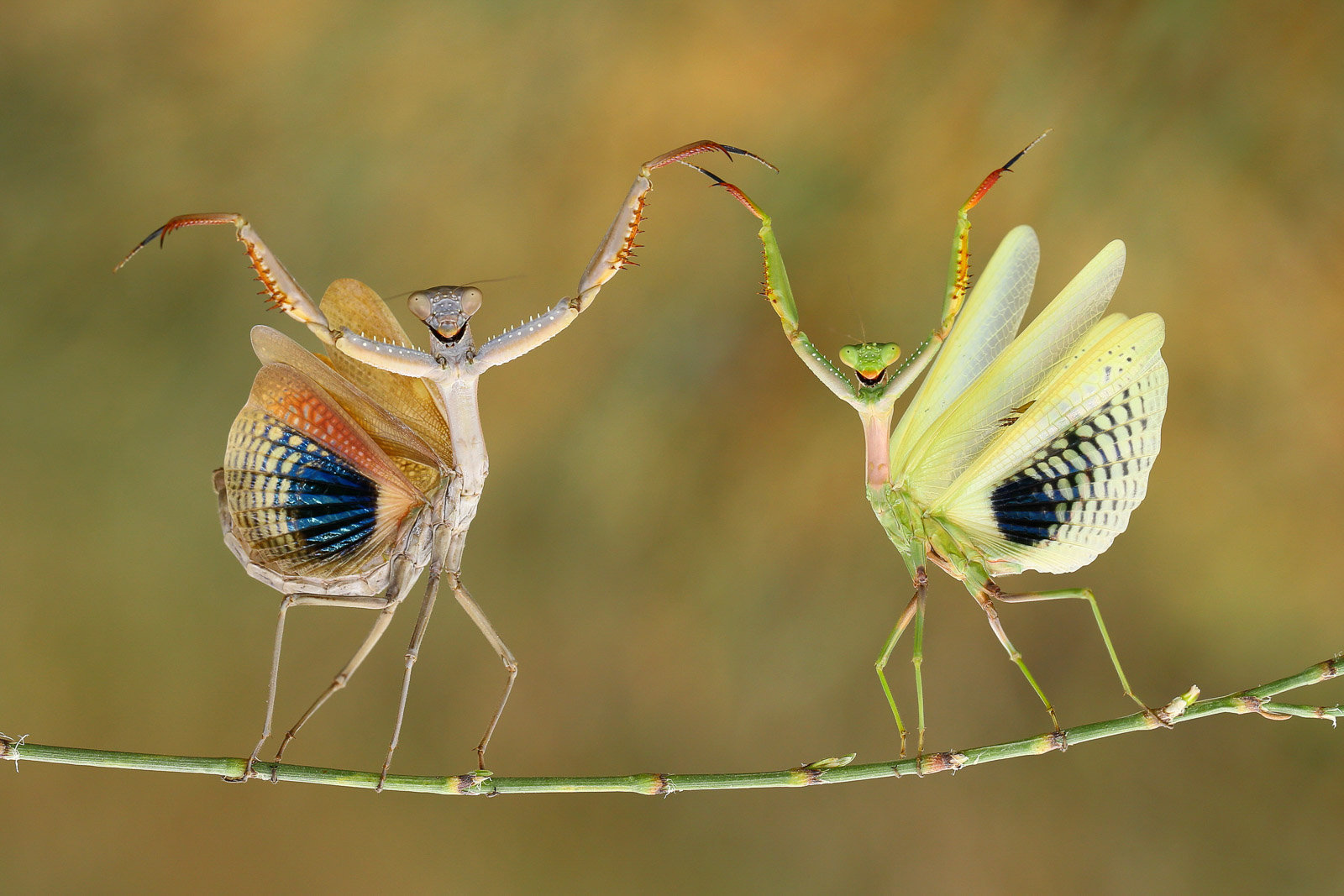 The overall winner was Francisco Negroni's striking image of the Calbuco volcano, one of the most dangerous in Chile.

His image of a so-called "dirty storm" shows hundreds of lightning bolts weaved in an intricate net.

The rare phenomenon occurs when the ash and molten rock is flung from the crater and collides, creating positive and negative charges.

The photo won the to prize in the inaugural "The Perfect Moment" competition, presented by photo contest business Our World In Focus.

Judges Max Rive of the Netherlands and John Weatherby of the USA called the photo "truly spectacular".

Max said: "This image shows a rare moment of the eruption of the Volcano Calbuco with truly spectacular forces of nature that make you stare at the image for some time.

"It is the combination of the rarity of this natural phenomenon with the technical quality of the image that makes it so powerful and unique.

"This image left the biggest impression on me and couldn't fit the subject Perfect Moment any better." 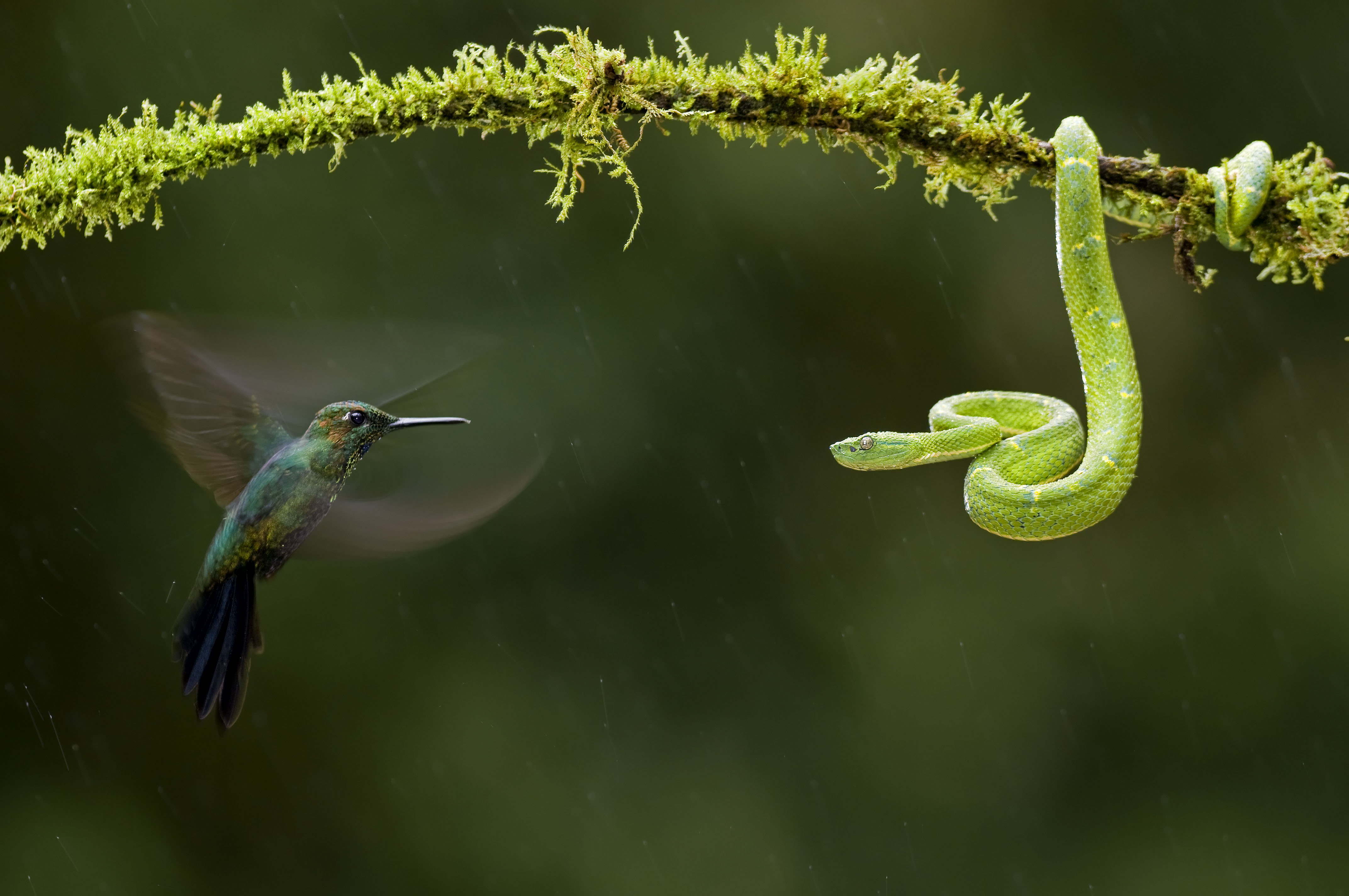 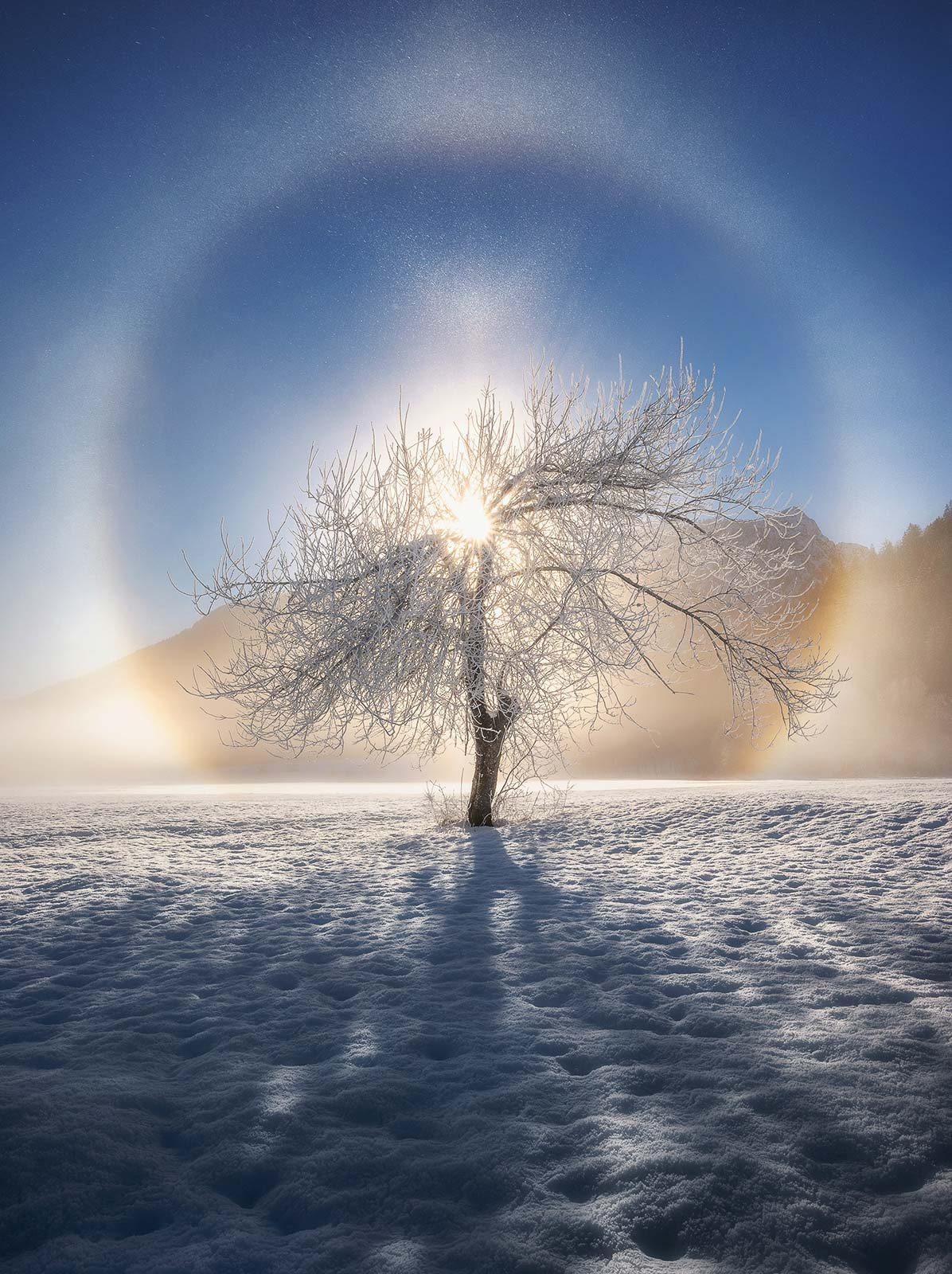 Second place went to Bence Mate for his photo entry called Eye To Eye, which captures a green-crowned hummingbird facing off with pit viper that is threatening its nest.

Judge Max said: "Images of wildlife often make for strong storytelling photography, especially when a potential confrontation is photographed, as in this image captured between a hummingbird and a viper.

"The perfect technical quality in terms of sharpness, focus, contrast and the chosen shutter speed, which makes the movement of the wings visible, also helps with bringing this image to life."

Finallist Hasan Baglar submitted an amusing photo of two praying mantises appearing to smile as they dance on a stalk with their colourful wings spread.

And Ales Krivec was shortlisted for his picture of an "ice halo" around a tree in snowy Slovenia. 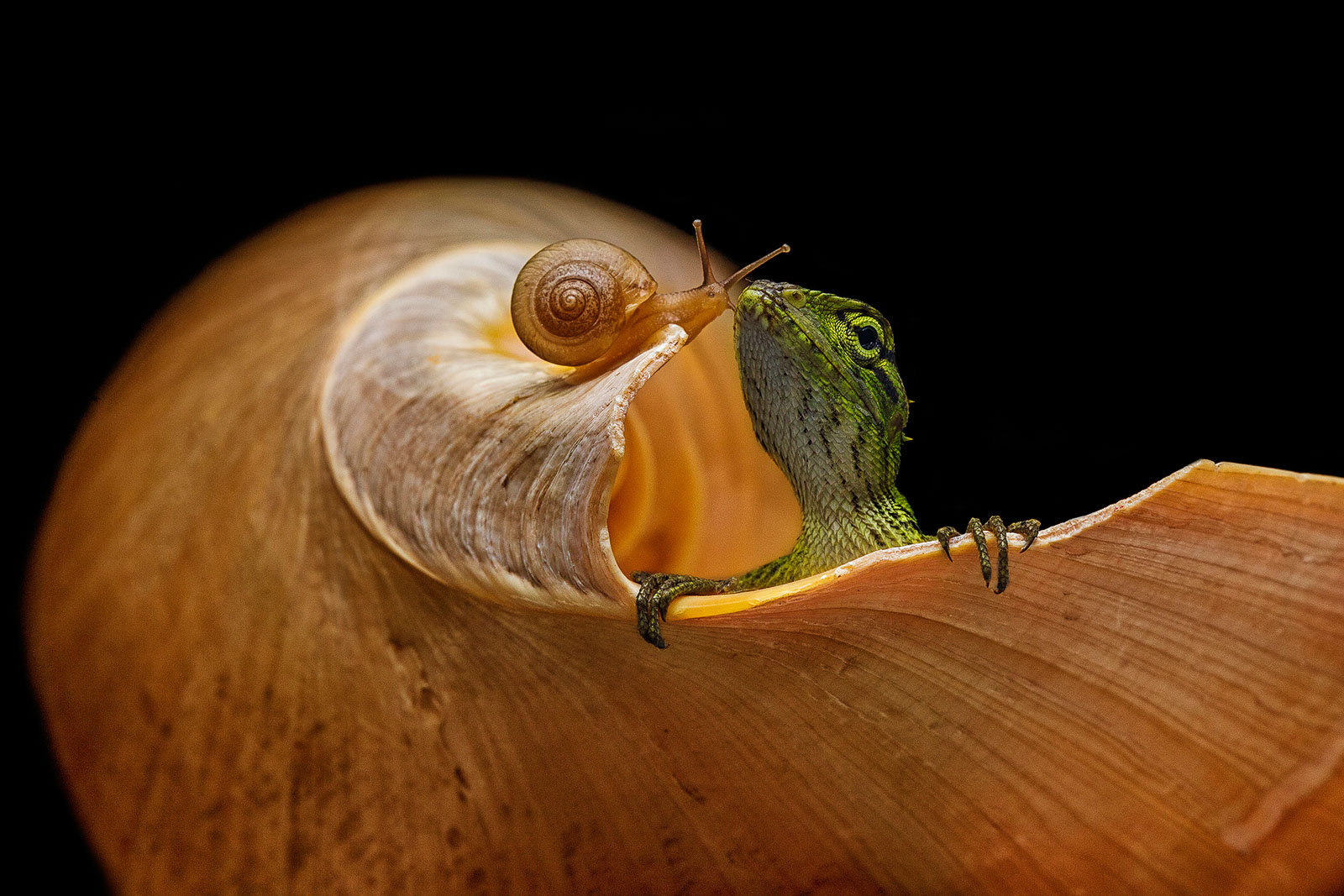 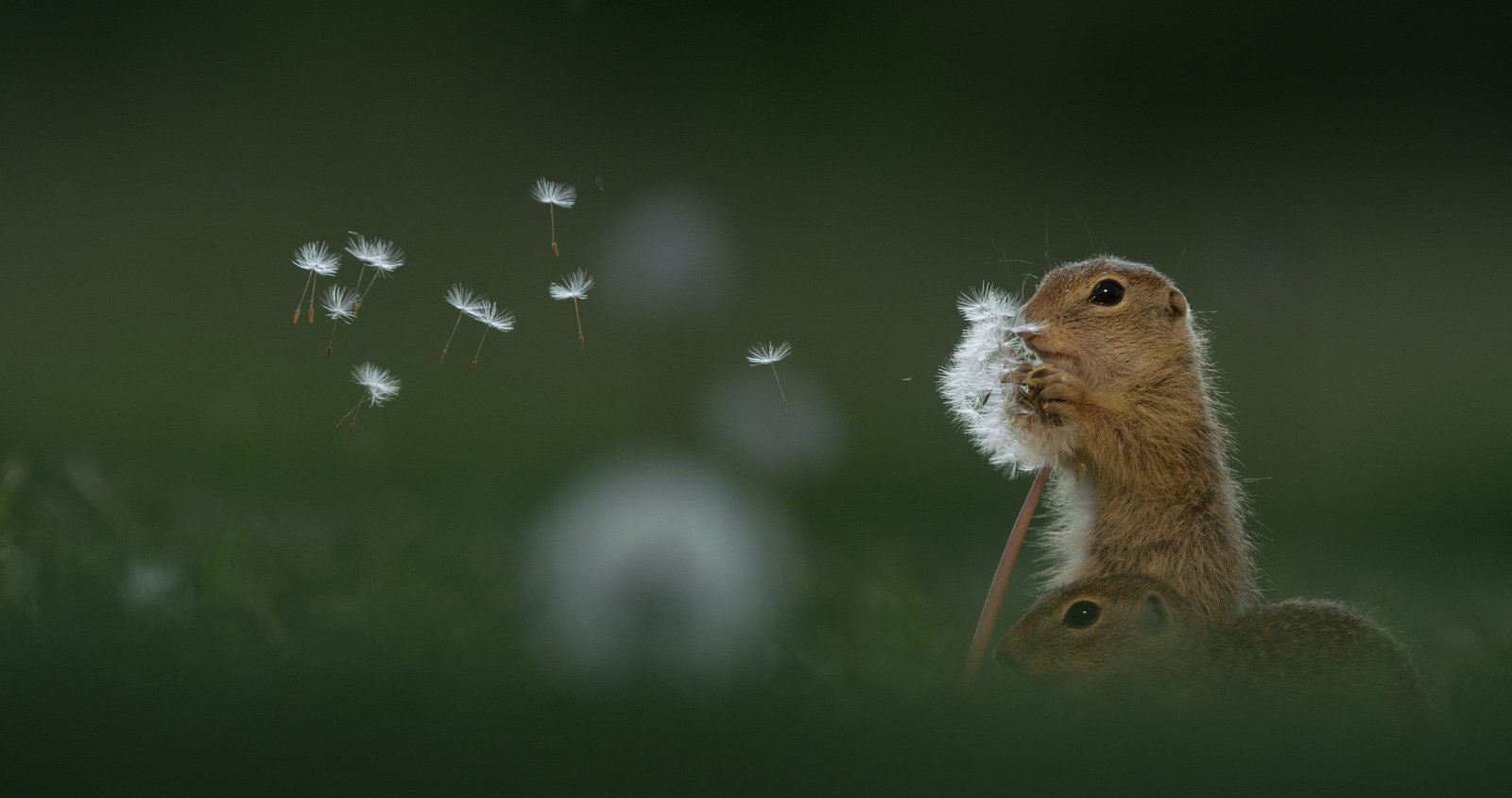 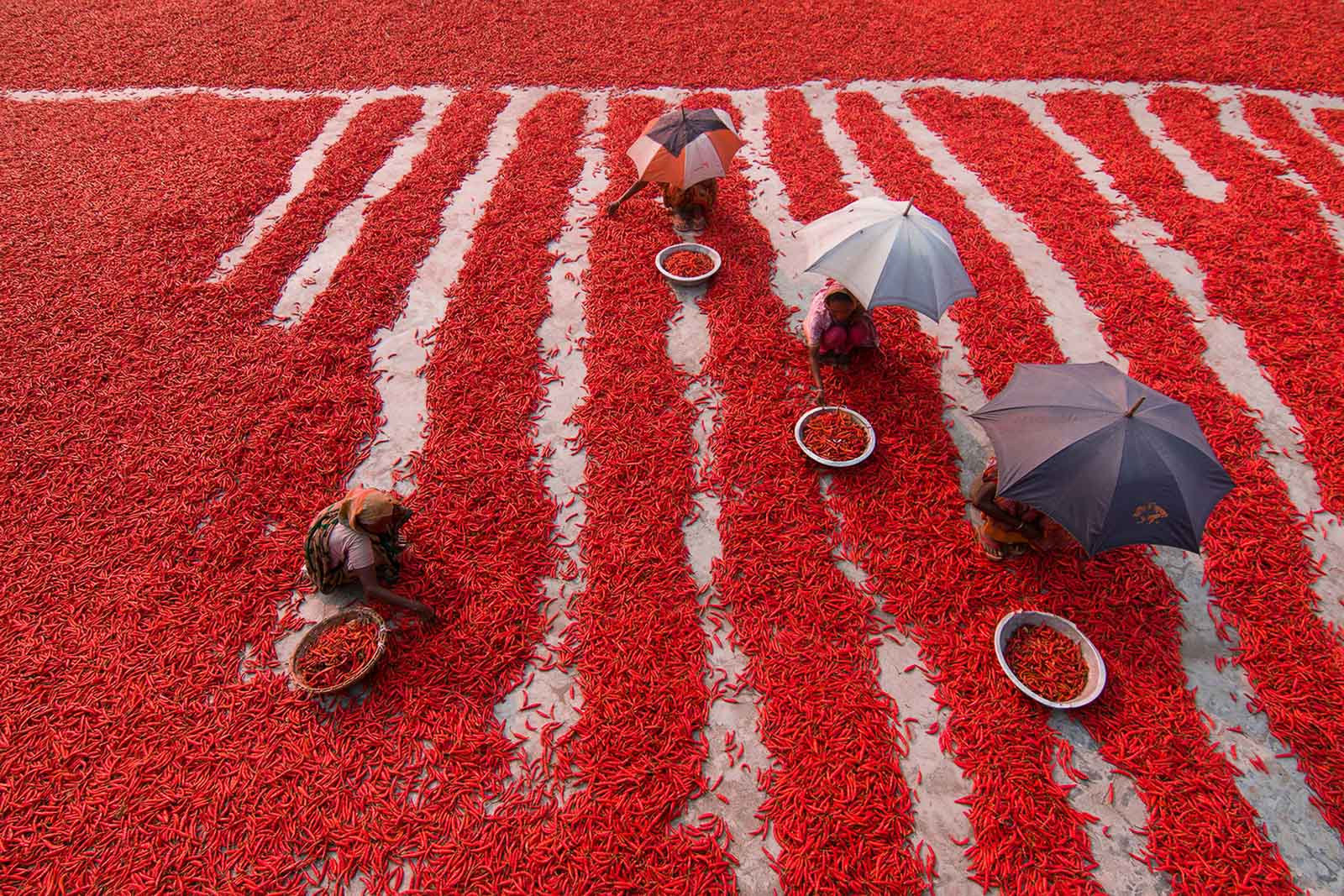 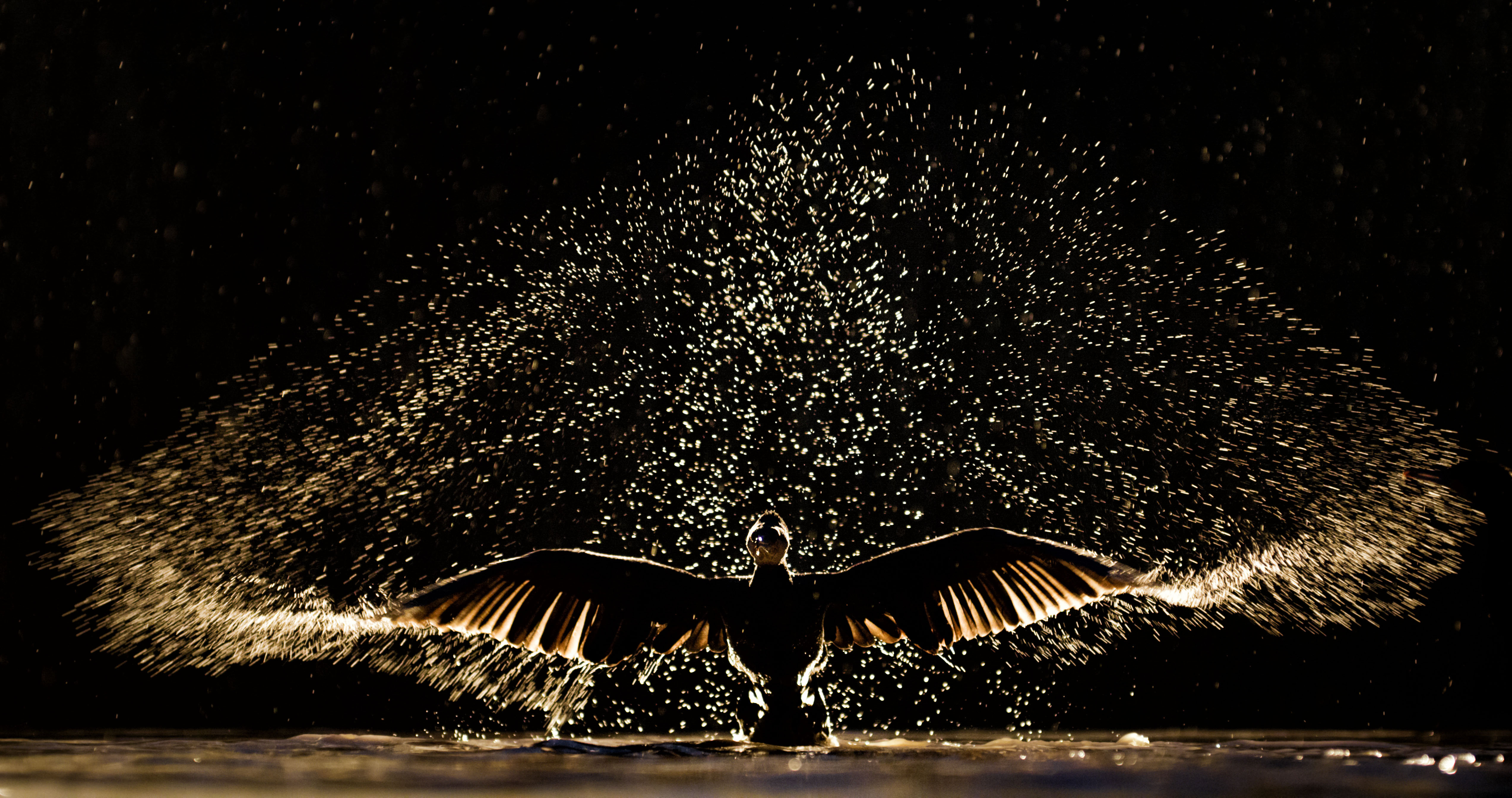 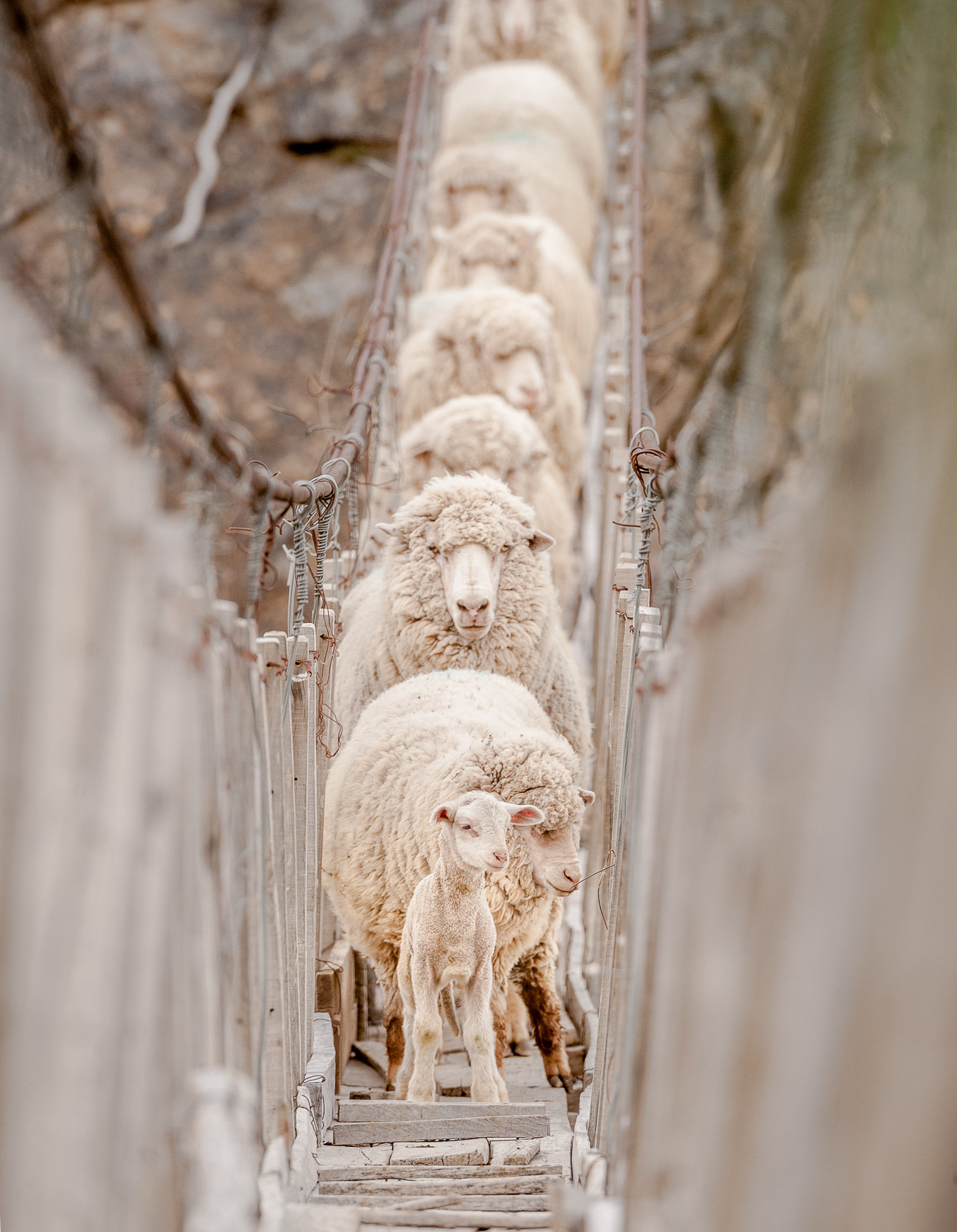 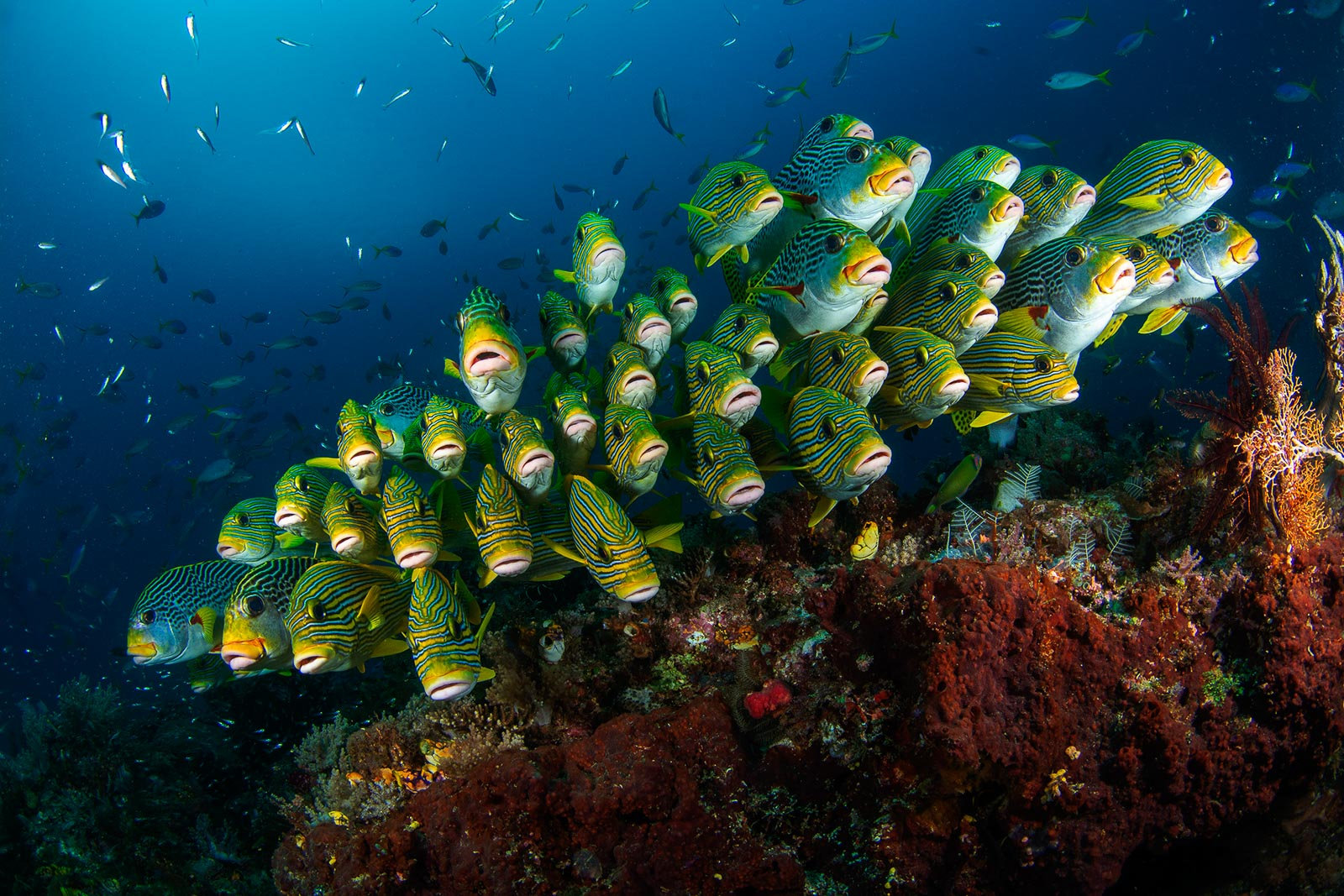 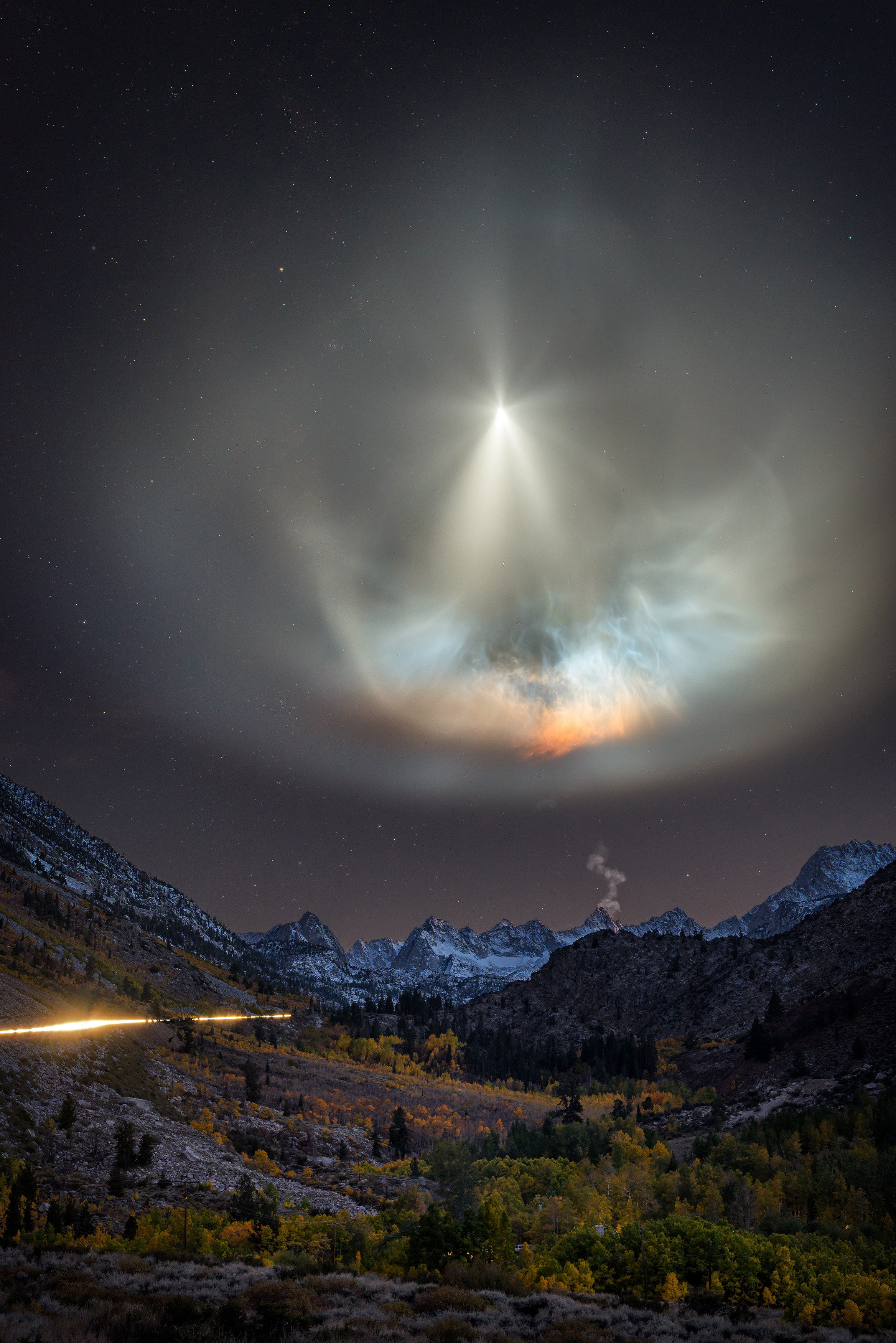 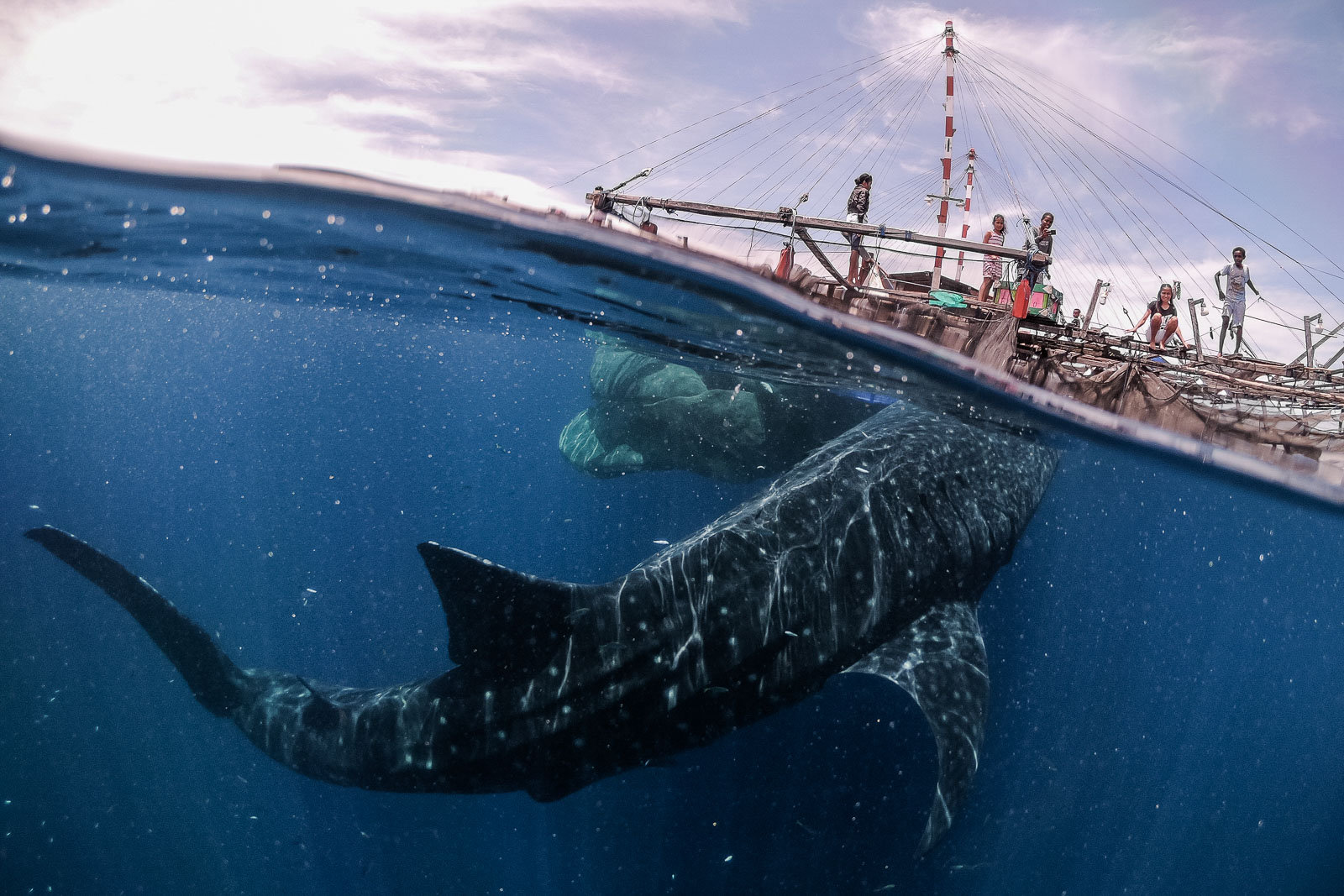 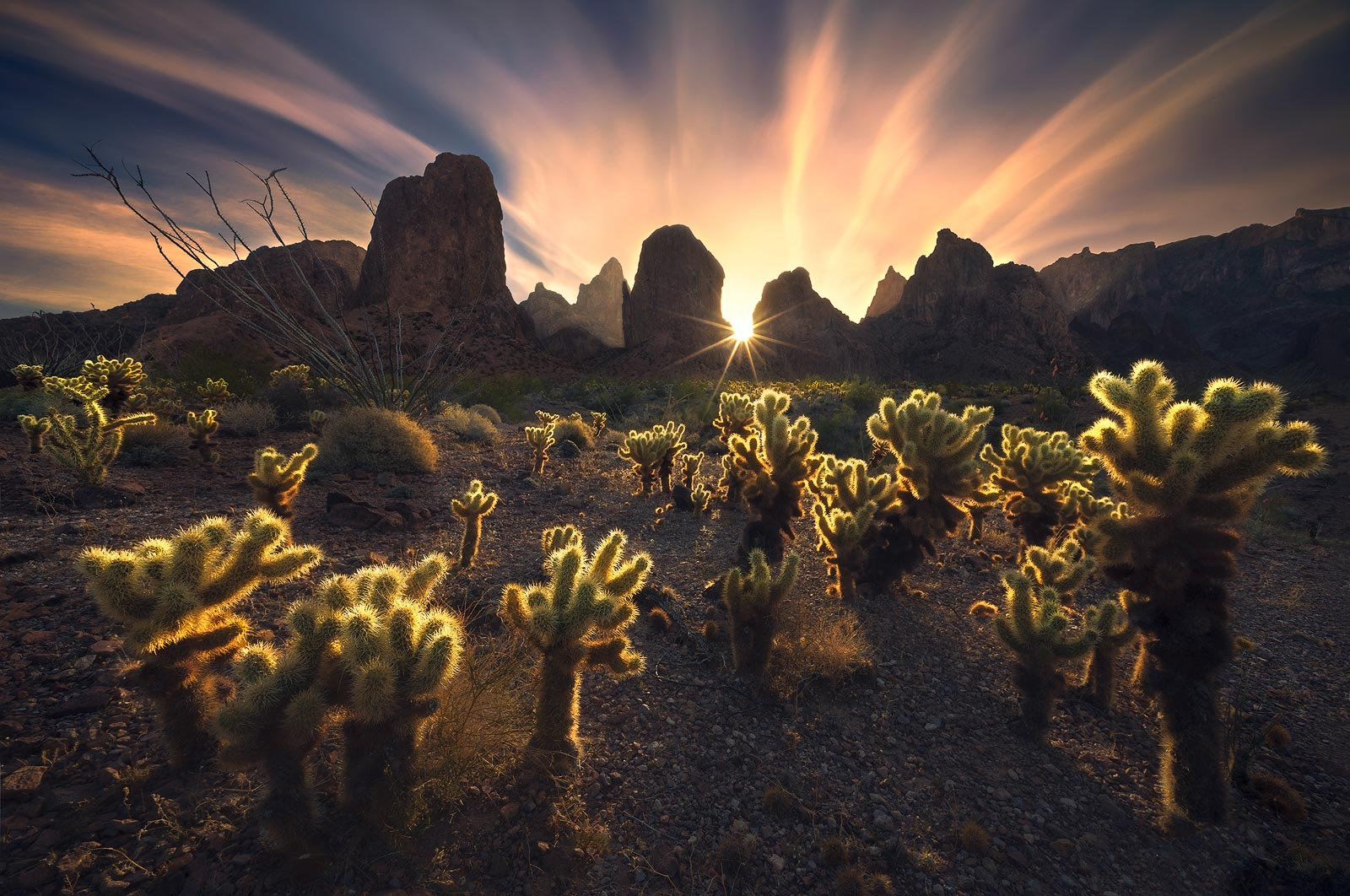