POLICE are urging truck drivers to use caution after a train smashed into an 18-wheeler stuck on railway tracks.

The terrifying collision was caught on camera, with footage showing a man was forced to jump out of the way of the hurtling vehicle, just in time to escape death. 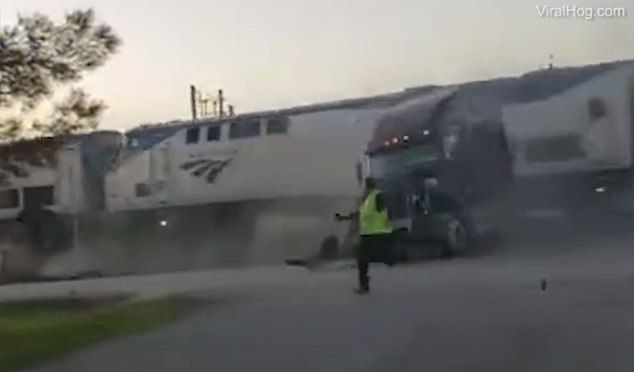 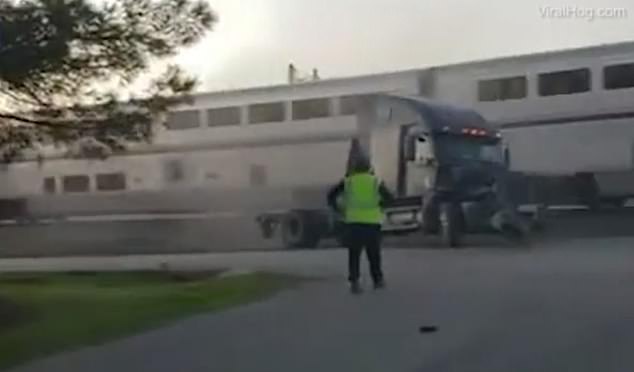 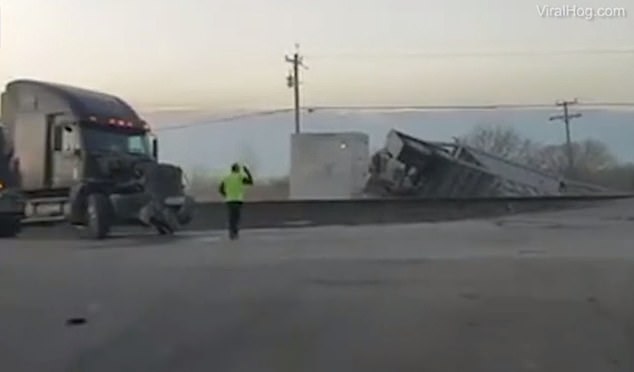 The Amtrak train plowed into a black tractor-trailer in Cibilo, Texas, on Tuesday morning.

Video shows the vehicle sitting on the railway crossing as the speeding train approaches.

Officials with the Cibolo Police Department said the truck had become stuck on a railroad crossing and couldn’t get out of the way.

A man in a yellow high-vis vest is seen running across the tracks before the train reaches the truck.

He is then forced to leap out of the path of the 18-wheeler, as it is thrown through the air toward him by the oncoming train.

Incredibly, neither the truck driver nor the 116 passengers on the Amtrak train travelling from New Orleans to Los Angeles were injured.

The spectacular crash was filmed by Chris Schlein, who was on his way to work when he noticed the tractor-trailer stuck on the tracks.

Mr Schlein can be heard in the iPhone footage describing the heart stopping moment the train approached the truck.

Mr Schlein said: “So this truck got stuck on the railroad. Now the railroad things are coming.”

He added, “Here it comes,” as the train bore down and severed the truck.

A shocked Mr Schlein is then heard yelling as the truck is spun off the tracks by the train: “Holy s*** … Damn! … That’s why you don’t f*** with them goddamn railroad crossings.” 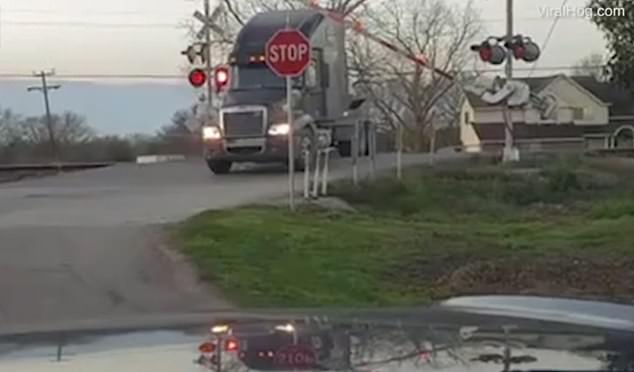 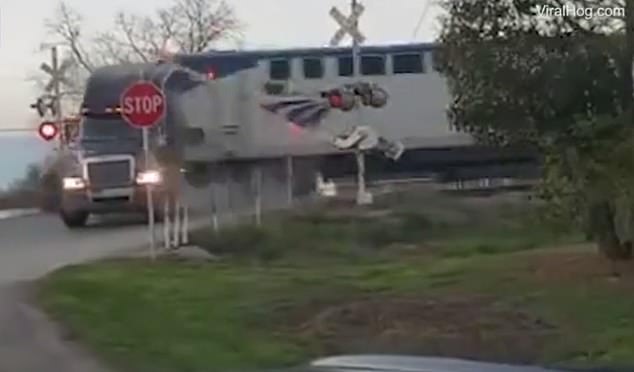 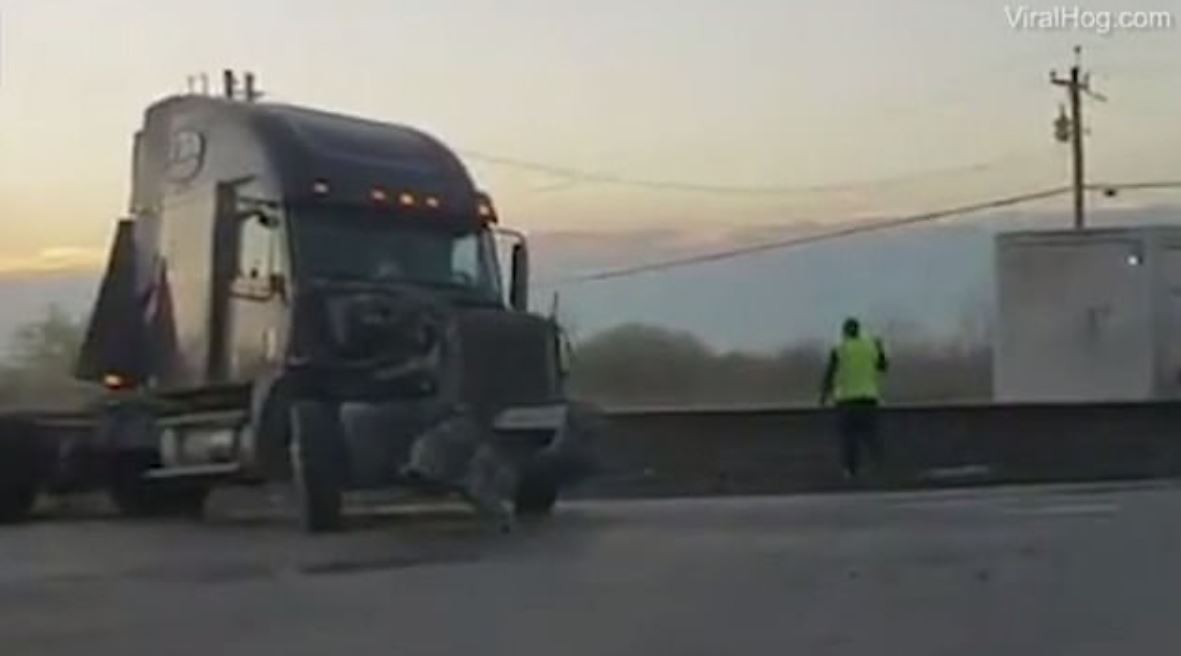 The man in the high-vis, believed to be the driver, is seen walking back towards the obliterated vehicle after the collision.

Meanwhile, the trailer lies on its side on the other side of the track.

The incident took place at the Country Lane and FM 78 crossing shortly before 8 a.m Tuesday.

Police said the driver had been told by his dispatcher to take the route, according to Kens 5.

The train was able to resume its journey after a few hours.

Officers are now advising against trailer trucks taking that route over fears more could get stuck on the tracks because they are high-centered.