NSW Planning Minister Rob Stokes has been challenged by the Opposition to hold firm against a blue-ribbon council over its housing targets, with his shadow counterpart calling it a test case in fairness.

Mr Stokes warned he could appoint a planning administrator to Ku-ring-gai Council, accusing the elected body of "throwing their toys out of the cot" for attempting to abandon targets agreed to in co-operation with the Greater Sydney Commission. 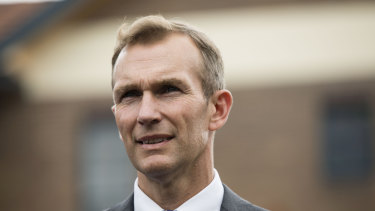 The Opposition is challenging NSW Minister for Planning to hold firm against a north shore council over housing targets.Credit:Dominic Lorrimer

Mayor Jennifer Anderson used a letter from Mr Stokes confirming councils weren't bound by the Commission's targets to justify scrapping Ku-ring-gai's quotas, prompting Labor MLC Adam Searle to agree with the Minister that co-operation, rather than mandates between state and local governments, was best.

But he threw down the gauntlet for Mr Stokes to hold his ground against the council, which straddles two Liberal electorates, saying other parts of Sydney had taken a lot of development and not received their fair share of infrastructure.

"This is a test for Rob Stokes. Is he going to be fair dinkum and be even-handed or is he going to cave in to a Liberal voting area because they don’t like intensification of development?" Mr Searle said.

Tom Forrest, chief executive of developer lobby Urban Taskforce agreed: "Is the Minister for Planning going to allow a council on the north-west fringe of the city to effectively give the future development of Sydney and the target set by the Greater Sydney Commission the bird?" 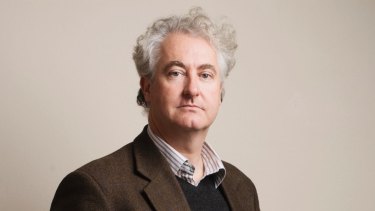 Following a September 8 letter from Mr Stokes, clarifying that councils had responsibility over their own housing quotas, Ku-ring-gai council voted to abandon the target of 3000 to 3600 new homes – to a number believed to be significantly lower – within the next six to 10 years, following local backlash over its housing strategy.

The resolution, which could be repealed next council meeting after a rescission motion was put, was criticised by Davidson MP John O'Dea and Member for Ku-ring-gai Alister Henskens for its lack of community consultation. 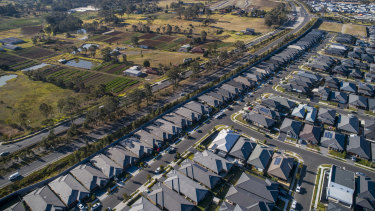 The council's stance prompted Mr Stokes to send an email to the local government sector warning the government would take direct action to ensure councils were adequately planning for the future.

On Wednesday the debate moved from the north shore to Sydney's south-west growth corridor, where Liverpool Labor councillor Nathan Hagarty prepared a notice of motion to acknowledge the council may increase or reduce housing targets as it saw fit, on the back of Mr Stokes' clarification.

"Council has long argued that our population growth has not been matched with the requisite infrastructure to support it," Mr Hagarty said in the council agenda.

"While we have some of the highest housing targets in the state, this has not been met with adequate physical and social infrastructure such as schools, hospitals, roads, public transport and critical Government services."

"While Liverpool is on track to easily meet our housing targets, we need to seriously consider the amount and location of new dwellings and the impact this is having on our way of life," Mr Hagarty told the Herald.

Mr Forrest said several of Sydney's councils in the city's west and south-west would say the same thing.

Get our Morning & Evening Edition newsletters

The most important news, analysis and insights delivered to your inbox at the start and end of each day. Sign up to The Sydney Morning Herald’s newsletter here, to The Age’s newsletter here and Brisbane Times‘ here.