SMOKING is a habit that many of us wish we could pack in and scientists have now revealed the best way for you to stub cigarettes out for good.

Nicotine replacements have previously been hailed as one of the best ways to stop smoking, but researchers now say e-cigarettes do a better job. 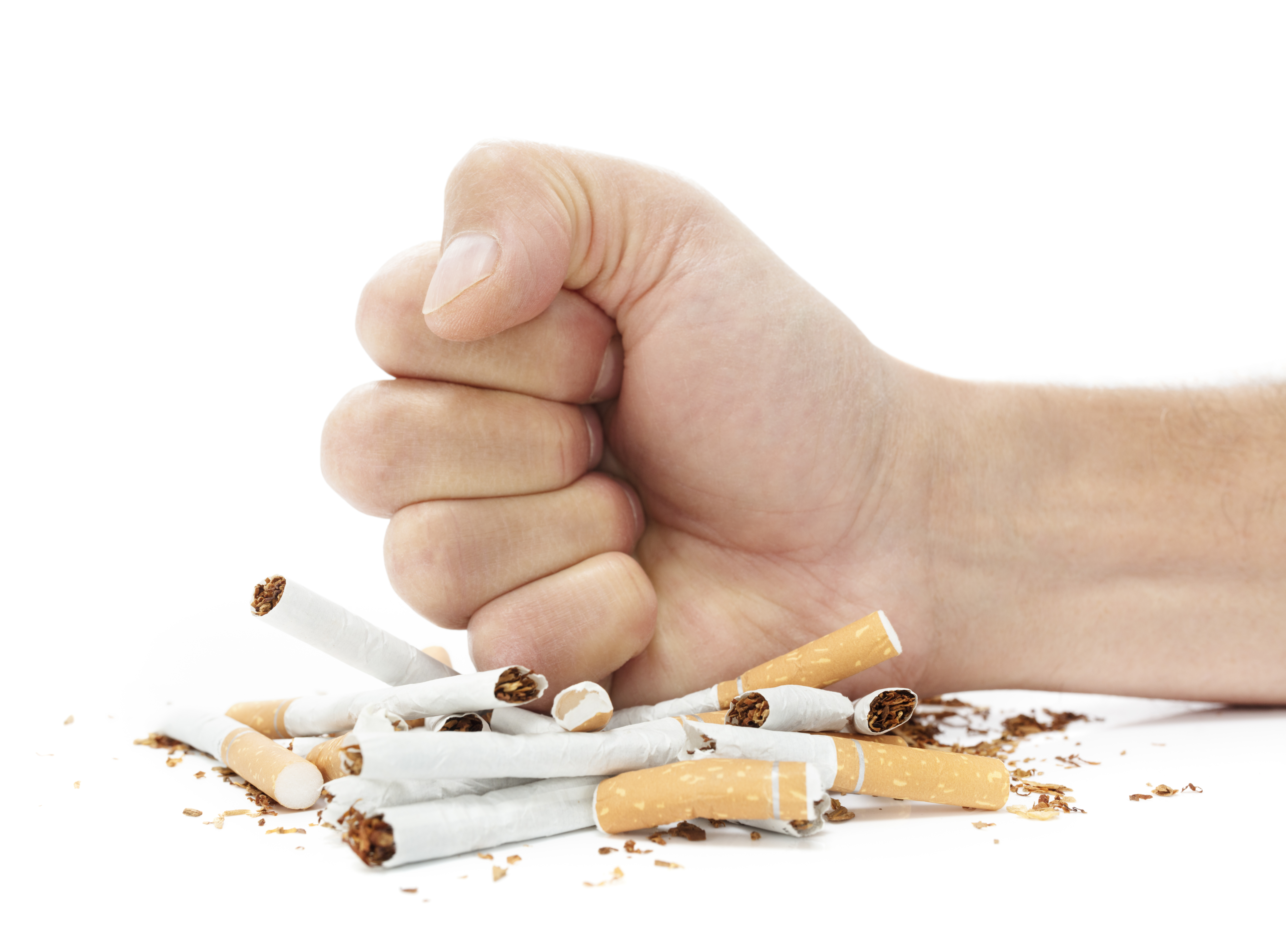 Experts at Queen Mary University in London enrolled 137 smokers onto a study who had previously been unable to stop smoking with conventional treatments.

The participants were given either an eight week supply of nictotine replacements of their choice, or an e-cigarette starter pack.

The starter pack came complete with instructions on how to buy other e-liquids of flavours and strengths, depending on personal preference.

The participants were also given minimal behaviour support to help them quit smoking.

The experts found a significant difference in smoking reduction (including quitting altogether) in the group who had been given the e-cigarettes.

After six months, 27 per cent of people in the e-cigarette group had reduced their smoking intake by at least half – this is compared to six per cent of those in the nicotine replacement group. 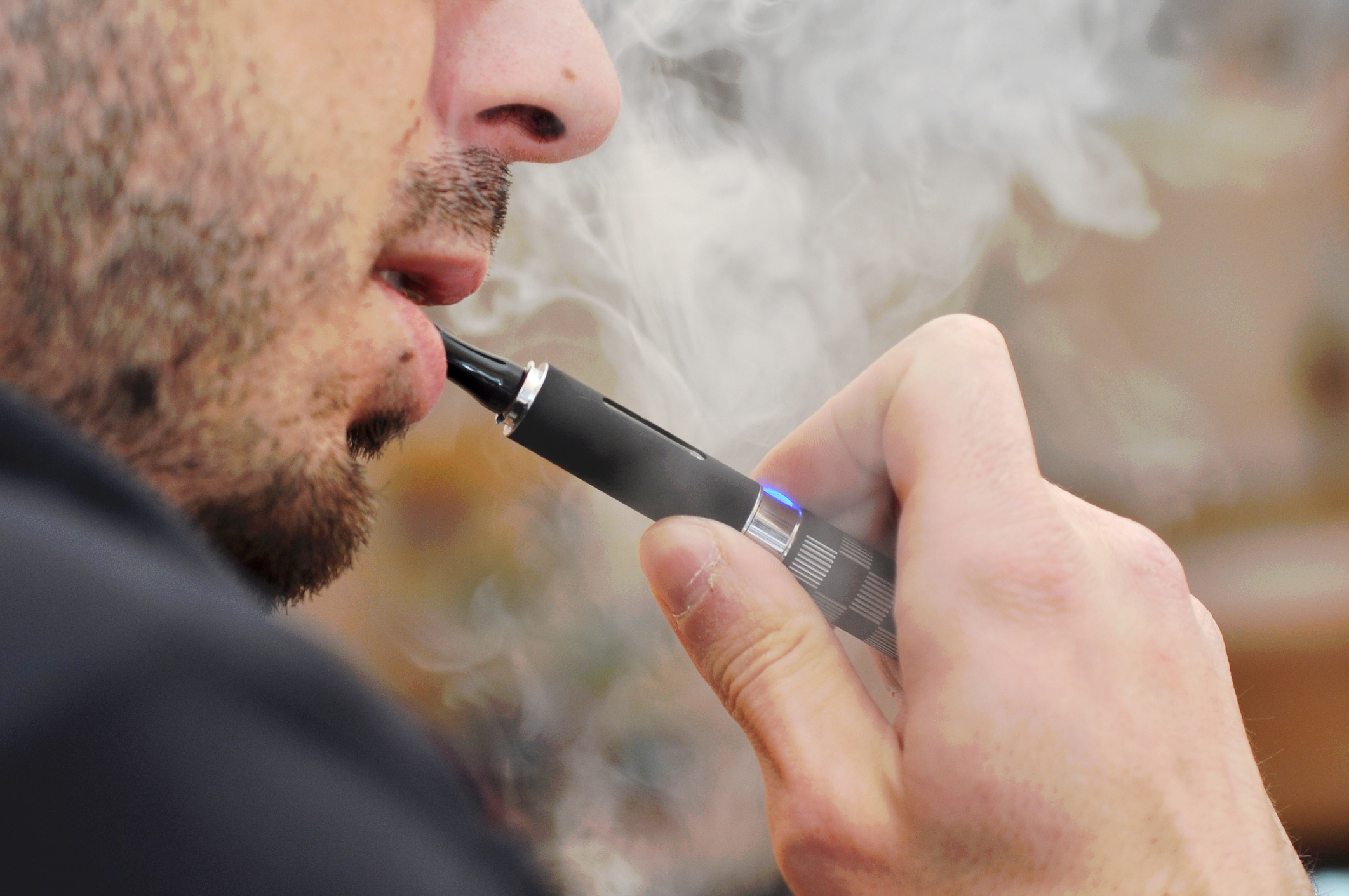 The experts found that people in the e-cigarette group also found it easier to stop smoking altogether with 19 per cent in this group having completely quit, compared to just three percent in the nicotine replacement group.

While it's clear that replacements like gum and patches still have some impact, the findings suggest that people who use e-cigarettes with their flavour of choice are more likely to quit than people prescribed traditional methods.

Nicotine replacement treatments such as gum, patches and nasal sprays have been in operation for over 30 years and have helped countless people stop smoking.

The experts added that starter packs for the e-cigarettes actually worked out cheaper than the traditional replacements.

Dr Myers Smith added: "E-cigarettes should be recommended to smokers who have previously struggled to quit using other methods, particularly when there is limited behavioural support available."

One expert however, highlighted that there is still more research that needs to be done into e-cigarettes as they are not "risk free".

Michelle Mitchell, Chief Executive of Cancer Research UK, which funded the study, said: "This study shows e-cigarettes can be a very effective tool for people who want to stop smoking, including those who've tried to quit before.

The 5 ways to give up smoking

Think of the money: The coronavirus pandemic has created a financial burden for many people and smoking is an expensive habit to have.

Think about what else you could spend that money on, a trip away or you could even put it towards your savings goals.

Try a replacement: The NHS says one way to help stop smoking is to introduce a nicotine replacement.

Guidance from the NHS states: "Cigarettes are addictive, and self-control alone might not be enough for you to stop entirely.

"Give yourself a better chance of success by using nicotine replacement therapy (NRT). This is available on prescription from your GP, from your local stop smoking service or from a pharmacist.

"You could also consider trying e-cigarettes. While they're not risk-free, they are much safer than cigarettes and can help people stop smoking."

Get help: The key thing to remember here is that you don't have to go it alone when it comes to stubbing out cigarettes.

You can always ask your GP or pharmacist to help and they will be able to advise you on the best course of action to take.

Join a support group: The NHS says that speaking to others in the same position as you can help you quit.

The NHS says your're four times more likely to quit smoking if you have the help of your local support group.

If you want to quit you're not alone.

Smoking is a powerful addictive drug which is why it's hard to give it up.

Author of best-selling The Easy Way to Stop Smoking, the late Allen Carr, said: “There is absolutely nothing to give up… there is no genuine
pleasure or crutch in smoking.

"It is just an illusion, like banging your head against a wall to make it pleasant when you stop.”

"And research so far shows that vaping is far less harmful than smoking. But e-cigarettes aren't risk free, and we don't yet know their long term effects, so people who have never smoked shouldn't use them.

"It's important to switch over completely to get the benefits and reduce your risk of cancer. Talk to your GP or free, local stop smoking service about finding the best option for you."

Christian Woolfenden, Managing Director of Philip Morris Limited in the UK and Ireland previously told The Sun that the best choice any smoker can make is to quit nicotine use altogether.

He admitted though that the new research proves how difficult it is to give up smoking for good.