A Daytona Beach police officer has been critically injured after being shot in the head and a $100,000 reward has been offered to locate the alleged gunman.

The 26-year-old officer suffered a gunshot wound to the head while investigating a ‘suspicious incident’ on Kingston Avenue on Wednesday at around 9pm, according to Daytona Beach Police Department.

The suspect has been identified as Othal Wallace, 29, and Volusia County Sheriff’s Department warned that he should be considered as armed and dangerous.

A $100,000 reward has been offered by police for anyone who is able to help to locate the suspect, who is believed to be driving a grey 2016 Honda HRV with a California tag of 7TNX532.

Bodycam footage released by Daytona Beach Police shows the moment the officer is shot by the alleged gunman. 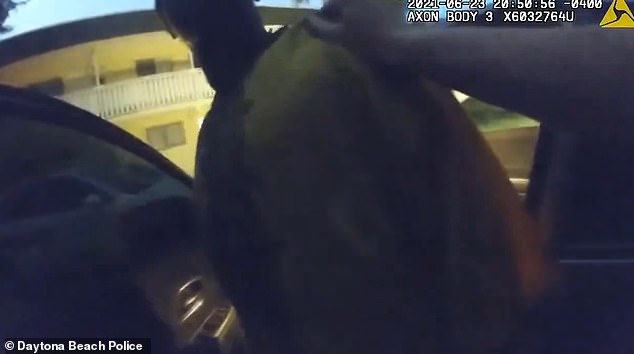 An officer, 26, was shot in the head while investigating a ‘suspicious incident’ on Wednesday at around 9pm, according to Daytona Beach Police. Pictured: Bodycam footage showing police officer speaking with suspect

In the clip, the police officer approaches a parked vehicle and asks the driver if he lives in the area, before telling him to ‘sit down’.

Responding to the officer’s repeated calls for him to ‘sit’, the suspect says: ‘Come on man. Sir, don’t do this.

‘Why are you asking me do I live here? What’s going on though?’

The suspect is heard telling the officer to ‘back up’ while the police officer begins yelling ‘stop’ repeatedly as he attempts to hold the man back.

In the video, a scuffle breaks out before what appears to be a gunshot is heard and the officer falls to the ground.

The officer was found by additional units lying on the ground with a gunshot wound to the head after he stopped replying to calls on his radio, according to police. 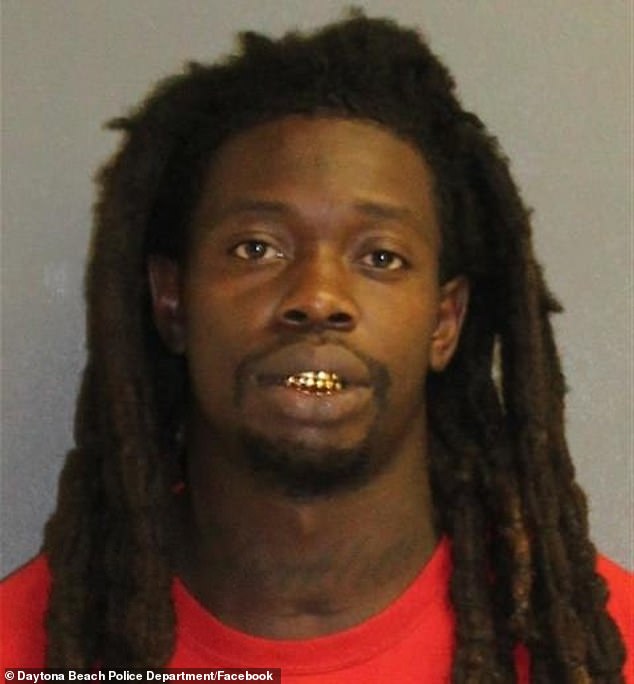 The suspect has been identified as Othal Wallace (pictured), 29, and there is a $100,000 reward on offer for anyone who is able to help to locate the suspect 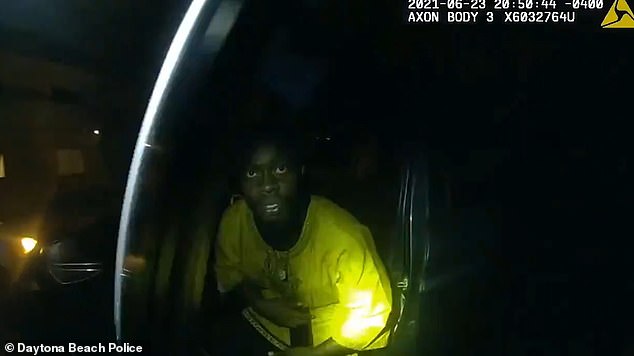 Bodycam footage shows the moment the officer is shot by the alleged gunman (pictured) on Kingston Avenue, Daytona Beach, after he approaches his car and starts speaking to him

Sharing the bodycam footage to Twitter, Daytona Beach Police wrote: ‘A $100,000 reward is now available for anyone who can help authorities locate the man who shot one of our officers in the head earlier this evening.

‘The man we’re looking for is located in the video below. His name is Othal Wallace. He’s 29 years old.

‘Othal Wallace may be in a gray 2016 Honda HRV with a California tag of 7TNX532. Anyone with information is urged to contact 911 immediately.’

The 26-year-old officer was rushed to Halifax Health, where he underwent surgery which wrapped up before 4am this morning. He remains in critical condition and his mother is at his bedside.

Meanwhile, Daytona Beach Police Chief Jakari Young called the suspect a ‘coward’ as a massive manhunt is underway to find the alleged gunman. 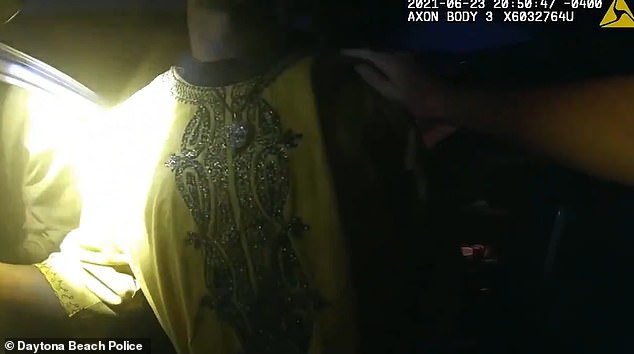 In the video, a scuffle breaks out and the officer yells ‘stop’ repeatedly, before a gunshot is heard and the officer falls to the ground. Pictured: Suspect gets out of car to speak with officer

He tweeted: ‘No change in the status of my hero who was shot in the line of duty last night.

‘He’s fighting while all of us are praying. The manhunt continues for the coward responsible for this…..’

Speaking to press this morning, he added: ‘This cop is 26-years-old, behind me, fighting for his life, most of us are just starting to live at 26-years-old.

‘We are completely heartbroken by what took place.’ 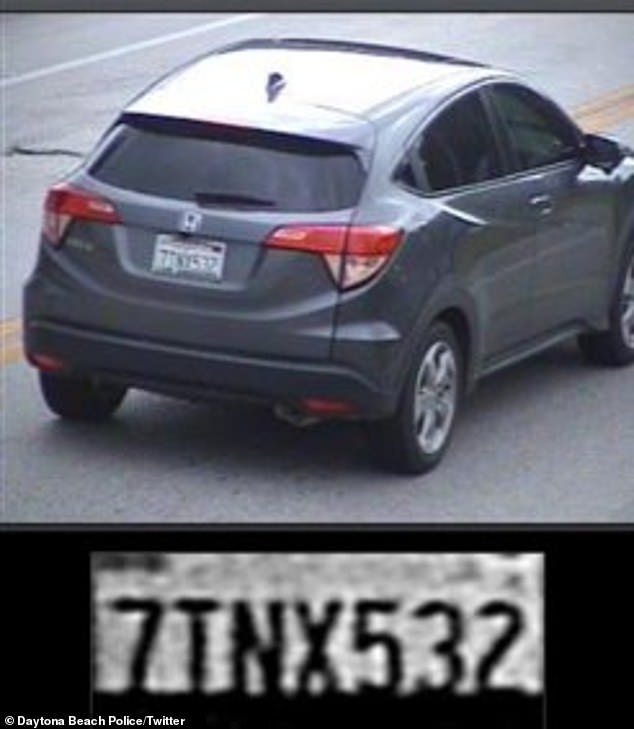 A man hunt is underway to locate Wallace, who is believed to be driving a grey 2016 Honda HRV with a California tag of 7TNX532 (pictured) 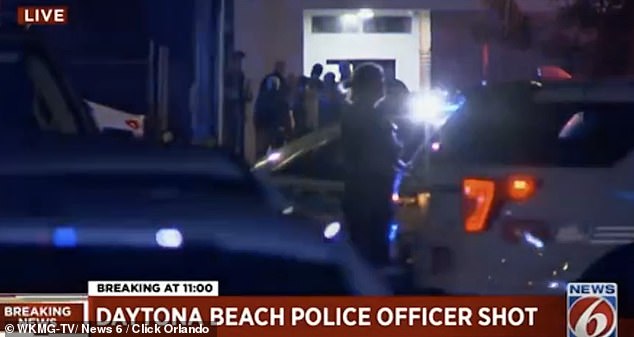 Police are working on several leads to track down Wallace, who reportedly has five felony cases in Volusia County and one arrest in Brevard County. Pictured: Police at the scene

Florida Highway Patrol said at around 10.45pm on Wednesday that areas of the Interstate 4 and Interstate 95 were being shut down in connection with the manhunt, Click Orlando reported.

Dozens of patrol vehicles from Central Florida law enforcement agencies and US marshals have also been assisting with the manhunt.

Chief Young said at least three ballistic vests, ammo magazines, boxes of rifle rounds, a rifle and semi-automatic handgun were found at the suspect’s apartment, according to Fox 35 News.

Police are working on several leads to track down Wallace, who reportedly has five felony cases in Volusia County and at least one arrest in Brevard County.