A TRAIN has derailed in Aberdeenshire amid reports of passenger injuries and an engine fire.

The shock smash happened near Stonehaven at around 9.45am this morning. 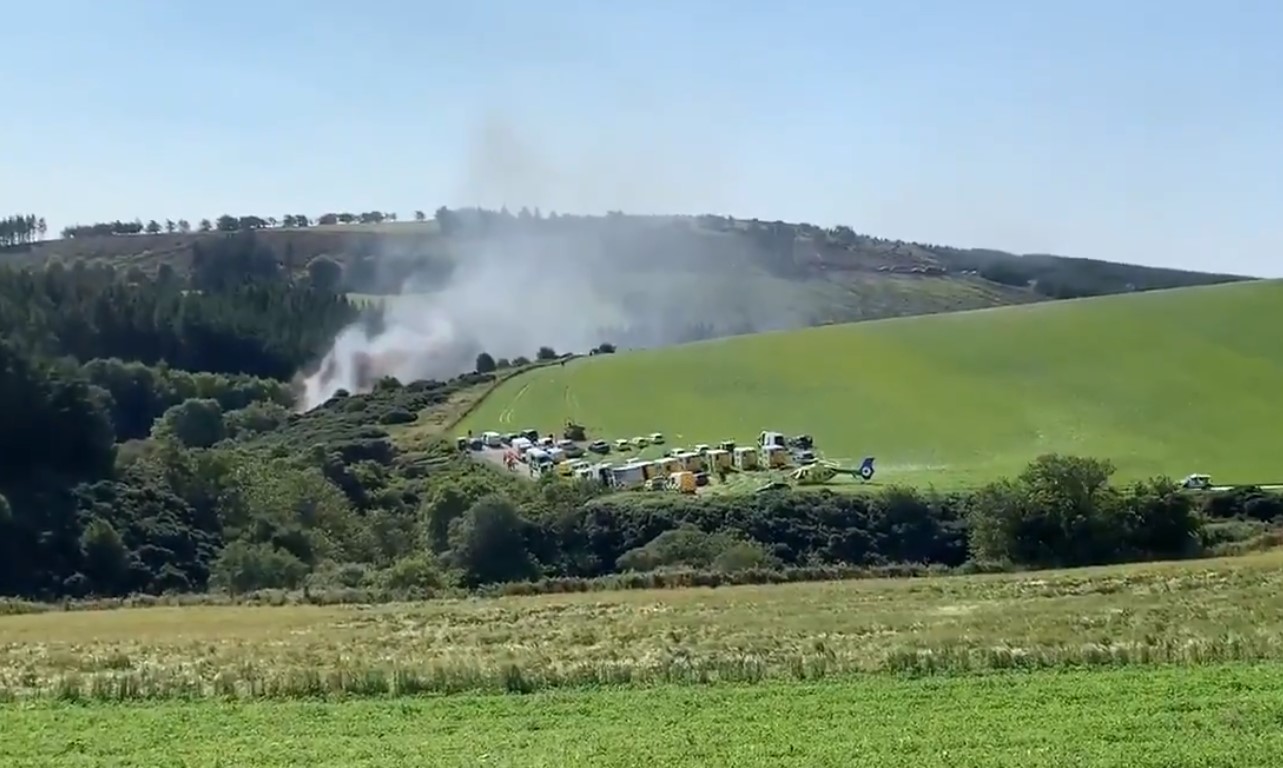 At least 30 emergency service vehicles are reportedly at the scene including fire crew and an Air Ambulance, with more said to be arriving.

A Police Scotland spokesman said: "A report was received of a train having derailed near Stonehaven at around 9.45am on Wednesday August 12.

"Emergency services are in attendance and the incident is ongoing."

Smoke has been seen billowing from the woodland area through which the railway runs.

People have taken to social media to pray for those involved in the crash.

It comes as parts of Scotland were left in total chaos this morning after lightning storms and torrential rain left streets flooded.

Eastern and northern parts of the country were badly hit with a month's worth of rain falling – leaving people stranded and cars underwater.