A British Transport Police control room worker is facing jail after he shared a photo of a dead 18-year-old RAF Cadet who had been hit by a train.

Joshua Tilt pleaded guilty to misconduct in public office after he took photos of a computer screen showing the body of Lewis Williams before sharing the image on WhatsApp with 14 others.

The 31-year-old was arrested after telling a colleague he had sent the image to his girlfriend.

Lewis, described by his family as ‘popular, funny and kind’, was diagnosed with emotionally unstable personality disorder before his death. He was found dead on a railway line in Slough, Berkshire, on June 21 after he was hit by a train.

Just days after the tragedy, the teenager’s family were told that British Transport Police had launched an investigation into a member of the force’s staff.

They were informed someone had, ‘gained access to the police aftermath scene photos, chosen a photo of his (Lewis’s) dismembered body and then shared the image in a WhatsApp chat group with 14 others’.

Lewis’s bereaved father Paul said he ‘immediately felt sick’ upon hearing that the photos had been shared.

Tilt, from Birmingham, was granted unconditional bail at Birmingham Crown Court today but will face sentencing in December. 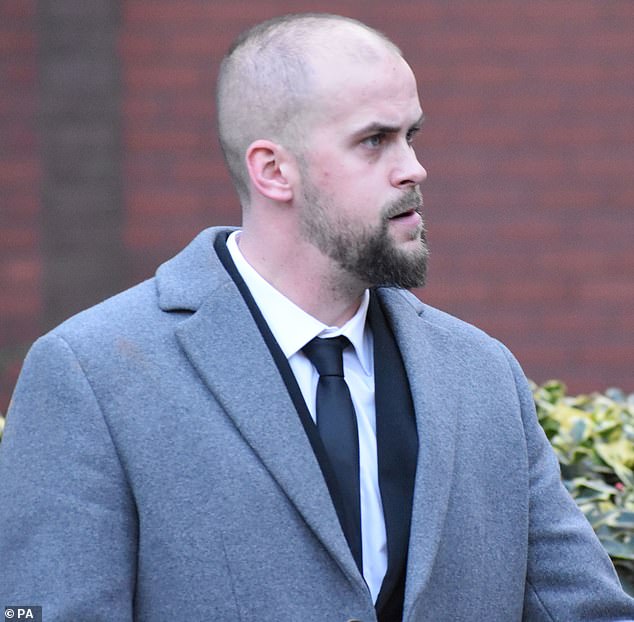 Joshua Tilt, 31, (pictured) pleaded guilty to misconduct in public office after he took photos of a computer screen showing the body of Lewis Williams before sharing the image on WhatsApp with 14 others 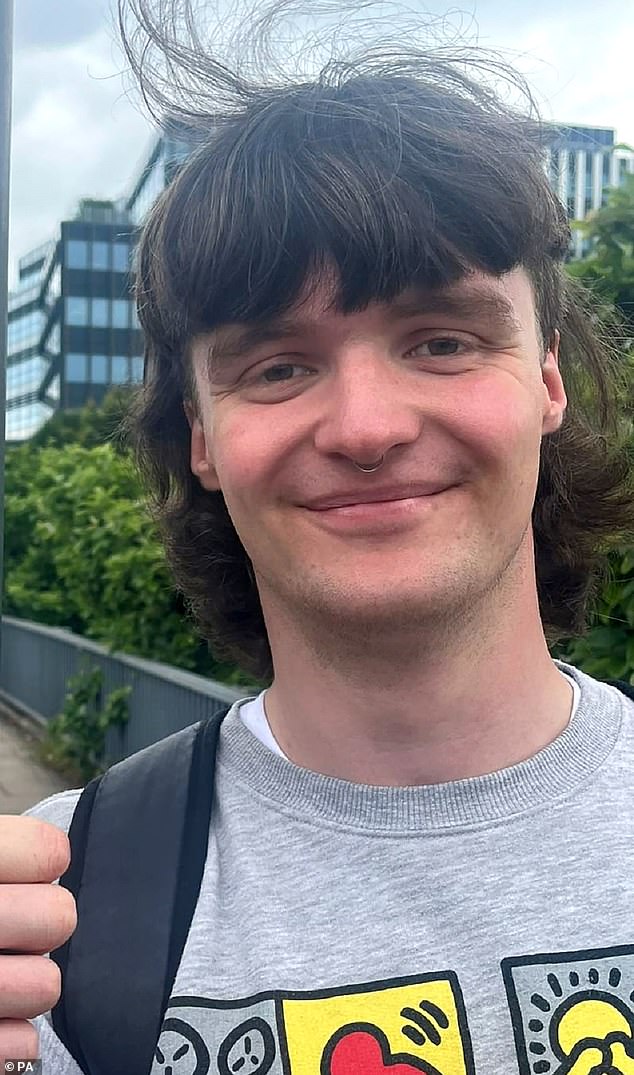 Lewis Williams, an 18-year-old RAF Cadet, (pictured) described by family as ‘popular, funny and kind’, died in June 2022 after being hit by a train at Slough station

Tilt committed the offence between June 21 and July 1 of this year while on duty.

Lewis’s parents were in court for Friday’s 15-minute hearing to see Tilt plead guilty to misconduct in public office.

British Transport Police said the actions of Tilt – who has since been sacked after his resignation was refused – were ‘sickening and completely incompatible with both public decency’ and what is expected of police staff.

The force’s Deputy Chief Constable, Alistair Sutherland, said: ‘To know that the actions of one of our employees actually intensified the suffering of a family is something that we find incredibly distressing.

‘We did not accept Tilt’s resignation request and dismissed him from the force on 14 July. To the family of Lewis Williams – we are truly sorry this happened.’

Tilt admitted a charge which alleged that he wilfully misconducted himself by taking a picture of a photo which he had access to and distributing it to other people with ‘no legitimate purpose for viewing or possessing it’.

Adjourning sentence on Tilt, Judge Paul Farrer KC told him: ‘You have pleaded guilty to what on any view is a serious offence involving gross misconduct in the course of your employment.

‘You have heard me indicate to your counsel that the likely sentence is one of imprisonment. Nonetheless, the court will benefit from having more information about you before ultimately deciding upon the nature and length of your sentence.

‘I enlarge your bail. In doing so I give you no guarantee whatsoever as to what the eventual sentence will be.’

Michael Duck, defending, requested for the case to be adjourned in order for the probation service to find out more about Tilt.

Tilt, of Bartley Green, Birmingham, was granted unconditional bail and told a custodial sentence is likely to be passed when he returns to court on December 14.