Turkey has cleared the way for a flood of migrants to enter Europe after a deadly attack killed 33 of its soldiers in Syria.

Dozens headed towards EU borders shortly after the NATO member state announced the frontiers were reopening for the first time since 2016.

It came in response to the soldiers being killed in an airstrike by Russian-backed Syrian government troops.

Ankara has been desperately trying to persuade Western countries to get involved in the conflict.

The UN Security Council called an emergency meeting to avert open conflict between Russia and Turkey over the attack, which caused its biggest troop loss in 30 years. 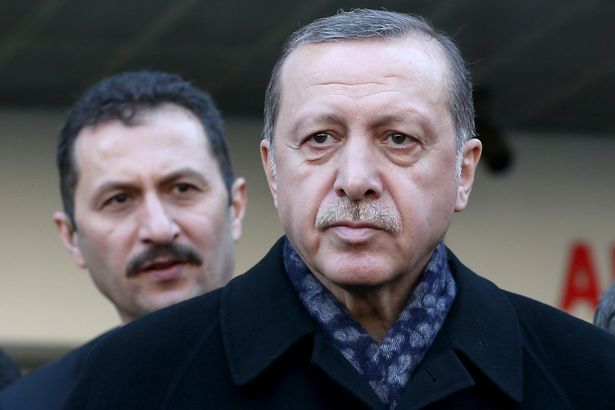 Greece and Bulgaria reinforced their borders in response to Erdogan’s move.

More than a million people flooded in Europe on foot before the borders were closed by agreement.

A senior Turkish official, who refused to be named, said yesterday: “We have decided, effective immediately, not to stop Syrian refugees from reaching Europe by land or sea.

“All refugees, including Syrians, are now welcome to cross into the European Union.”

They added that border guards had been stood down. 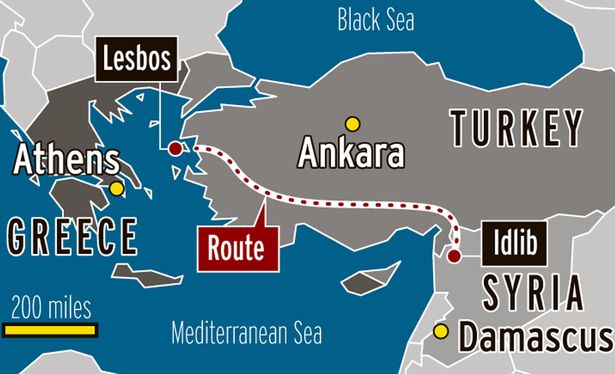 Within hours, a column of dozens of migrants was heading on foot towards the European frontier in the early morning light.

An Afghan migrant among them said: “We heard about it on the television.”

Some stuck in the no-man’s land between the two countries tried to return to the Turkish side, only to be turned back.

Hamid Muhammed, who carried a young girl, said he had been refused entry by Greek police.

He said: “We want the Turkish and European governments to open this gate.”

Bulgaria’s PM Boyko Borissov said the prospect of a new migration crisis was even more of a threat as European countries struggled to respond to the coronavirus.

A million displaced Syrians have been waiting near the Turkish border since December in desperate winter conditions.