HUNDREDS of migrants marched through Turkey to the borders with Greece and Bulgaria this morning after the government said it would no longer stop refugees from reaching Europe.

It came as Nato called an emergency meeting on the war in Syria after Turkey said 33 of its soldiers were killed in Russian air strikes. 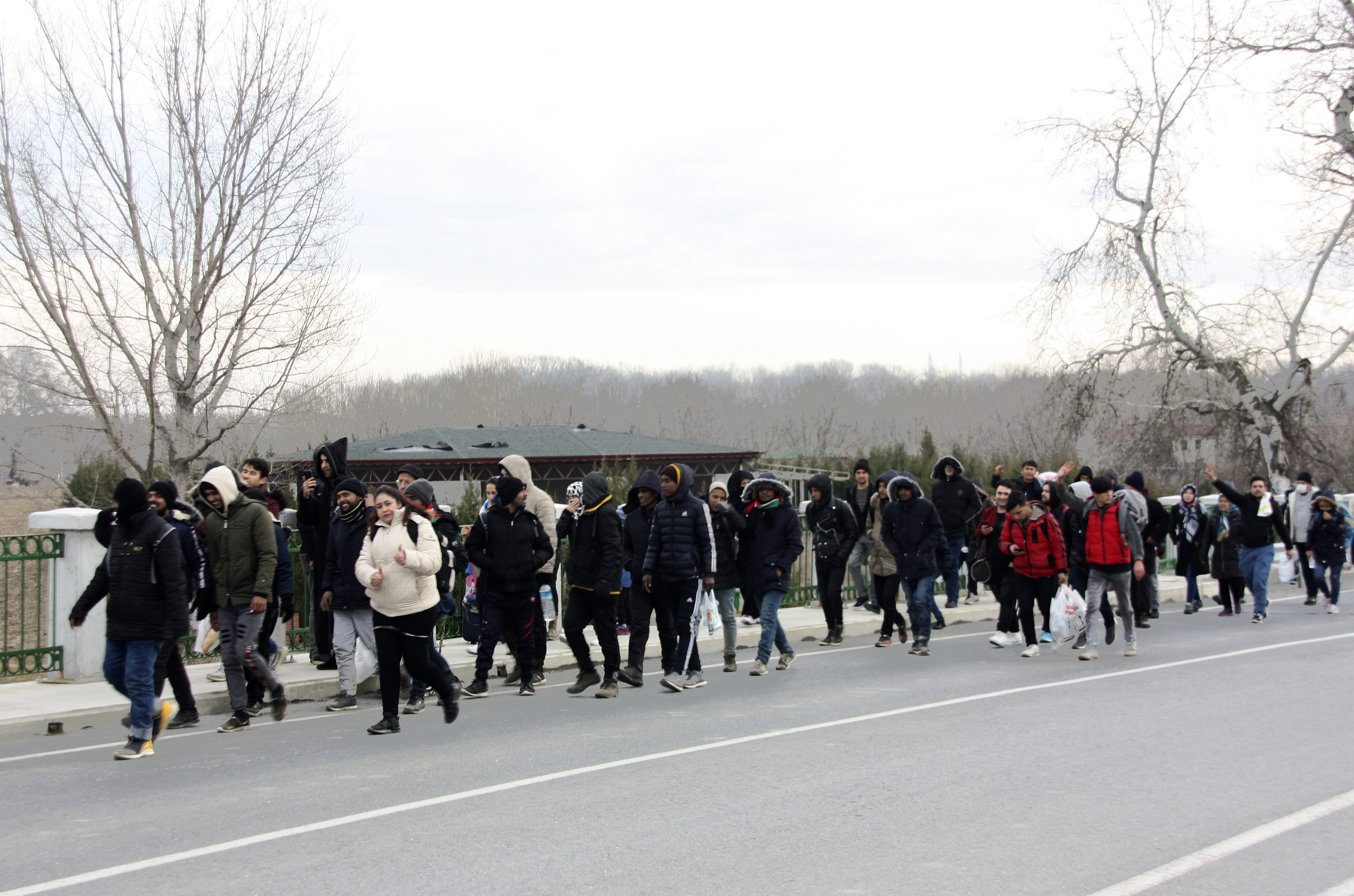 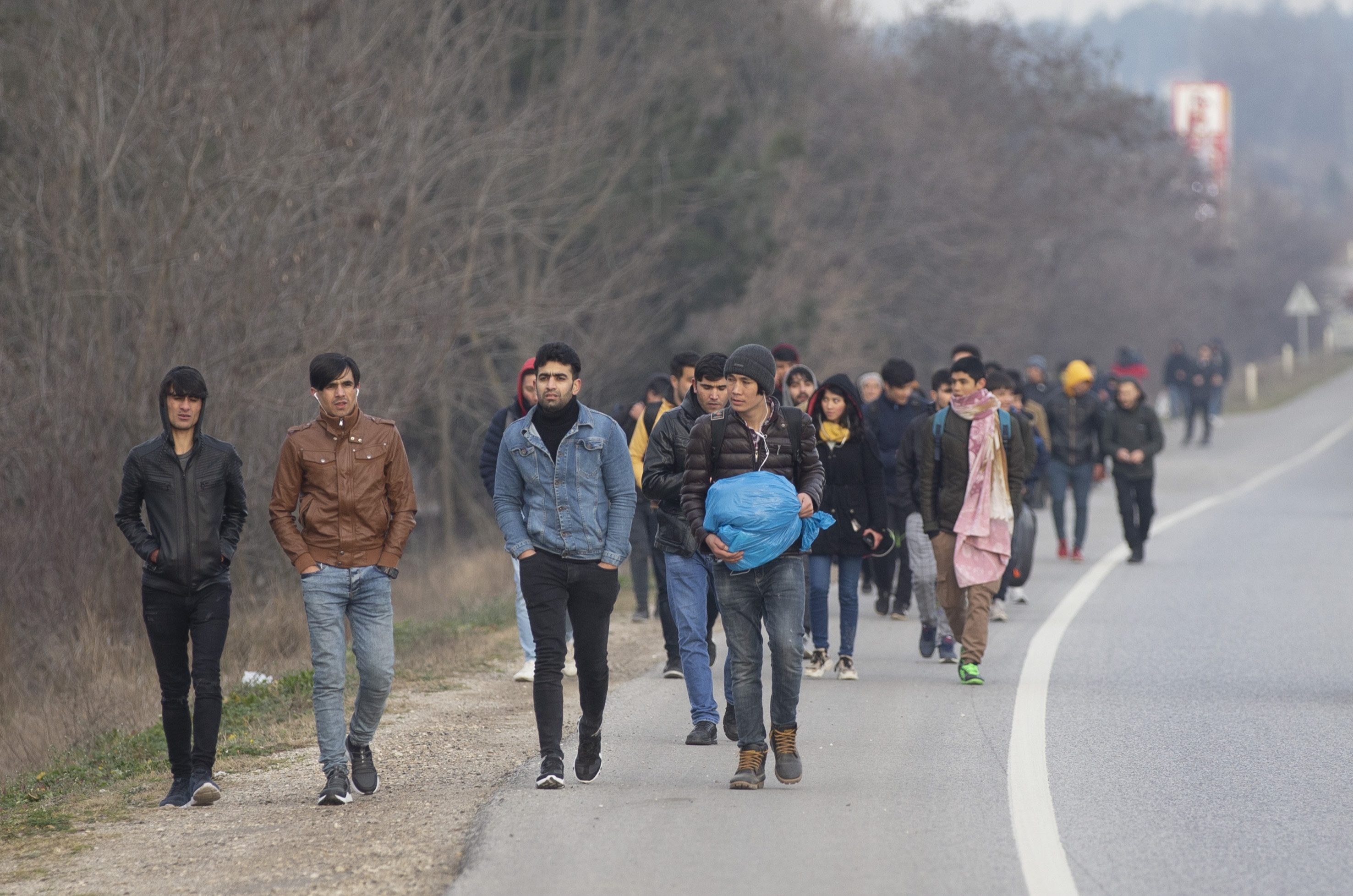 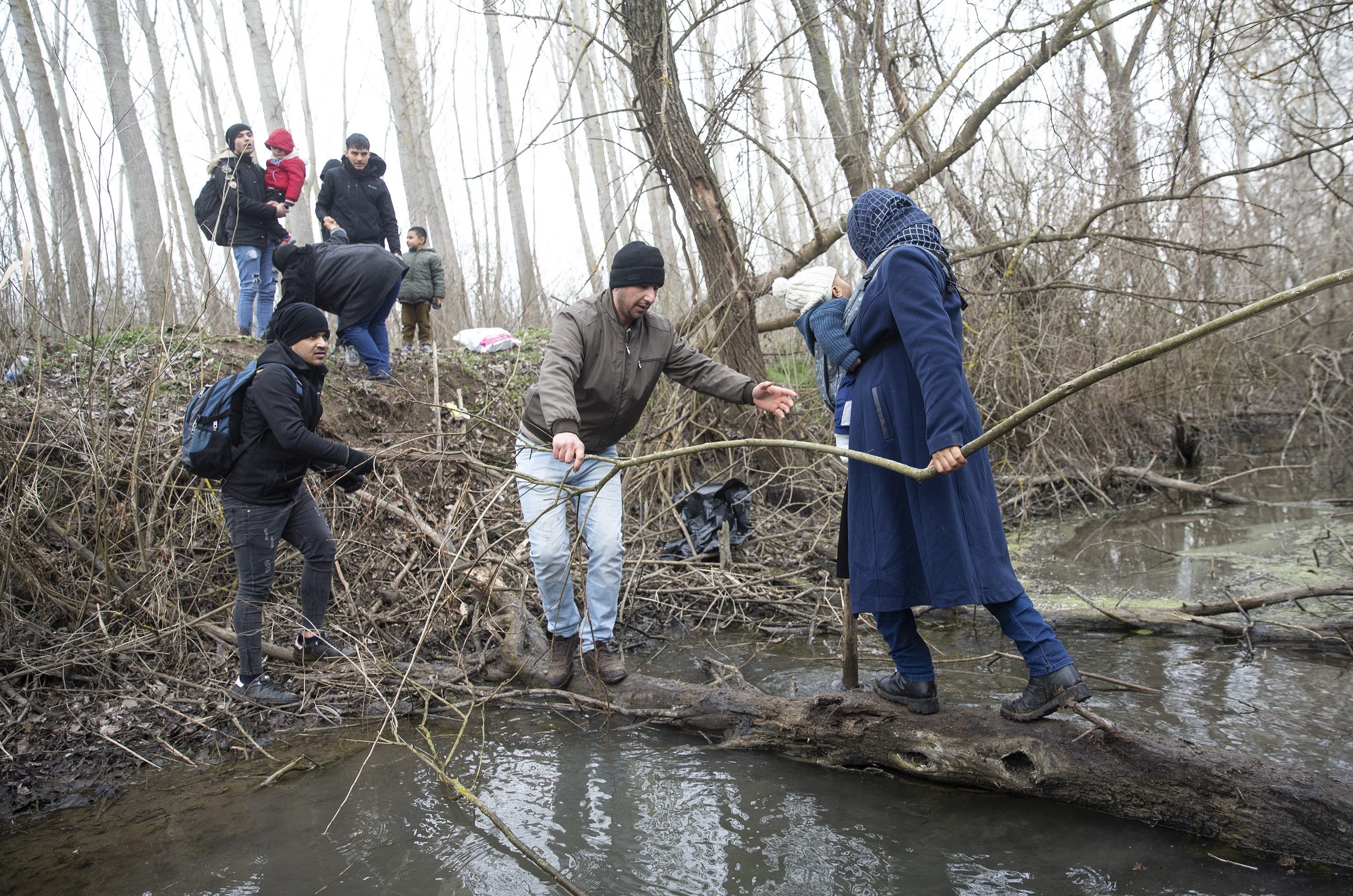 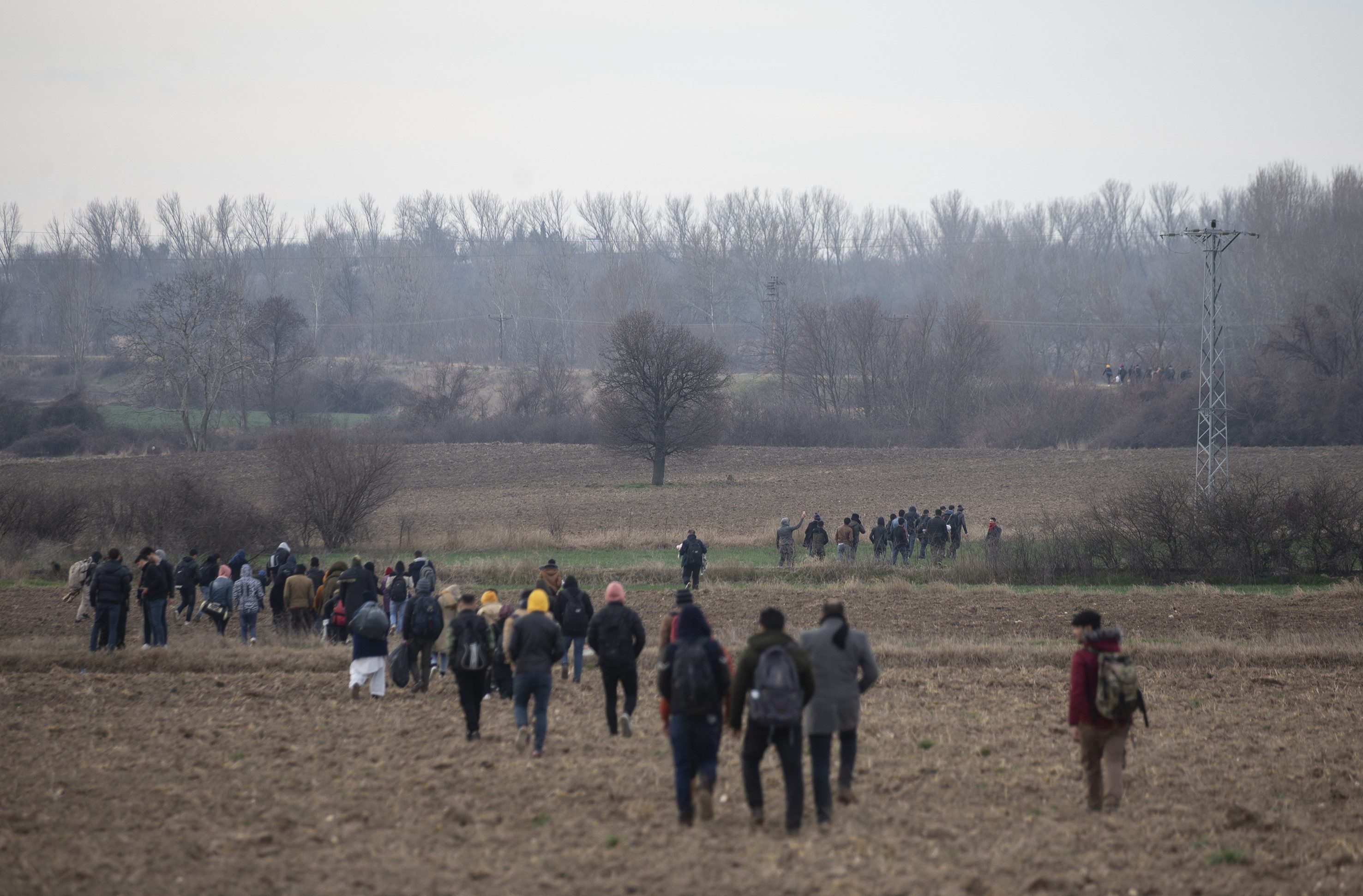 With three earlier casualties, it marked Turkey’s largest single-day death toll since it intervened in Syria’s civil war in 2016.

Ankara retaliated by killing 16 Syrian troops, and also tore up an agreement on refugees in a bid to put pressure on European allies.

Police, coastguards and border security officers were ordered to stand down last night as the officials said they would no longer prevent people fleeing the fighting from reaching borders with the EU.

It had an immediate effect as around 300 men, women and children gathered in the northwest Edirne province and walked to the border.

Syrians, Iranians, Iraqis, Pakistanis and Moroccans were among the group, said the Demiroren news agency.

They were reportedly turned away at the Kapikule border with Bulgaria, and then marched over fields to reach the Pazarkule border crossing.

Greek said they used tear gas and flash grenades to drive back around 450 people at the Kastanies border crossing, which was closed temporarily.

More migrants were seen boarding buses and taxis from Istanbul to follow the same route today. 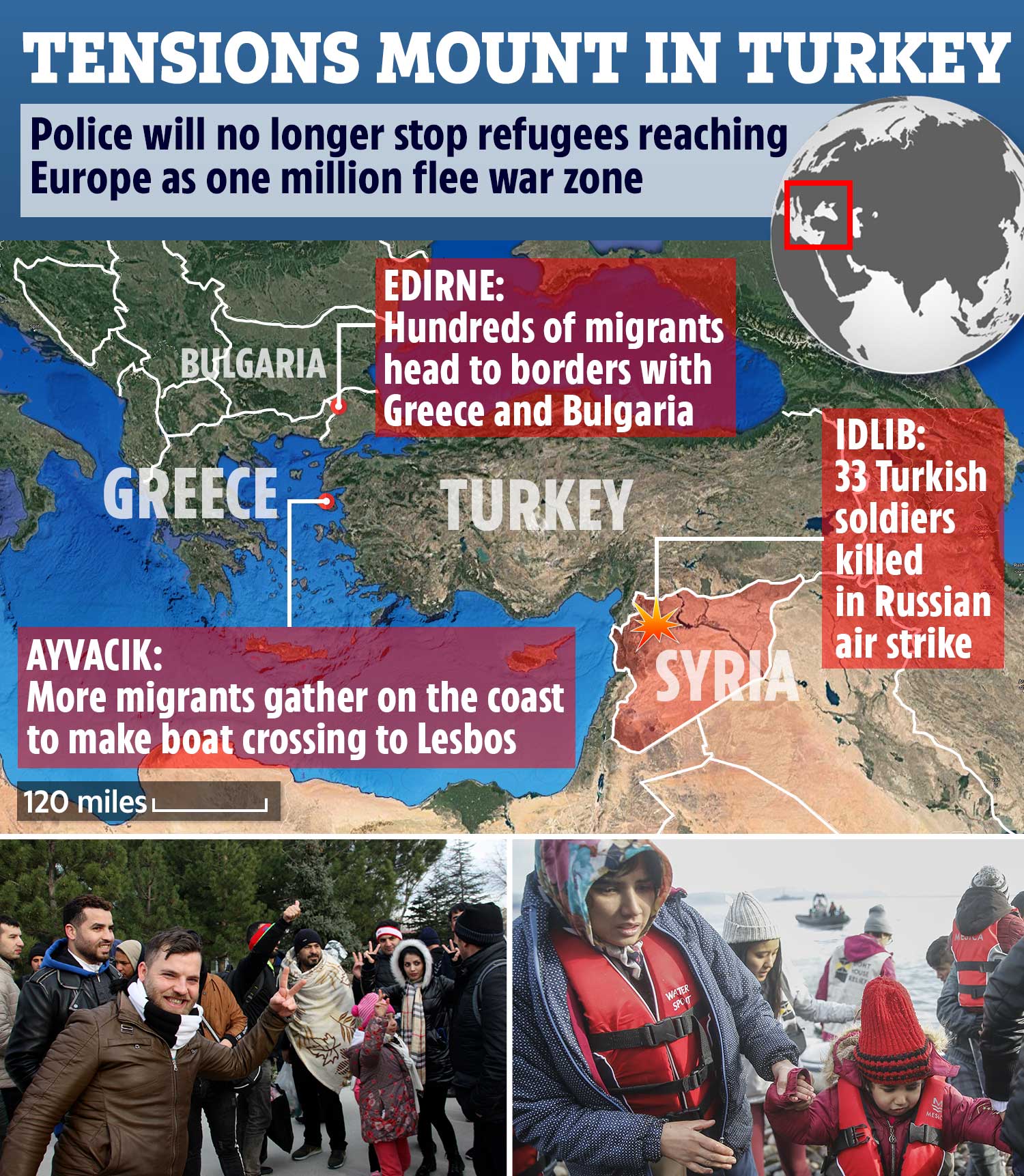 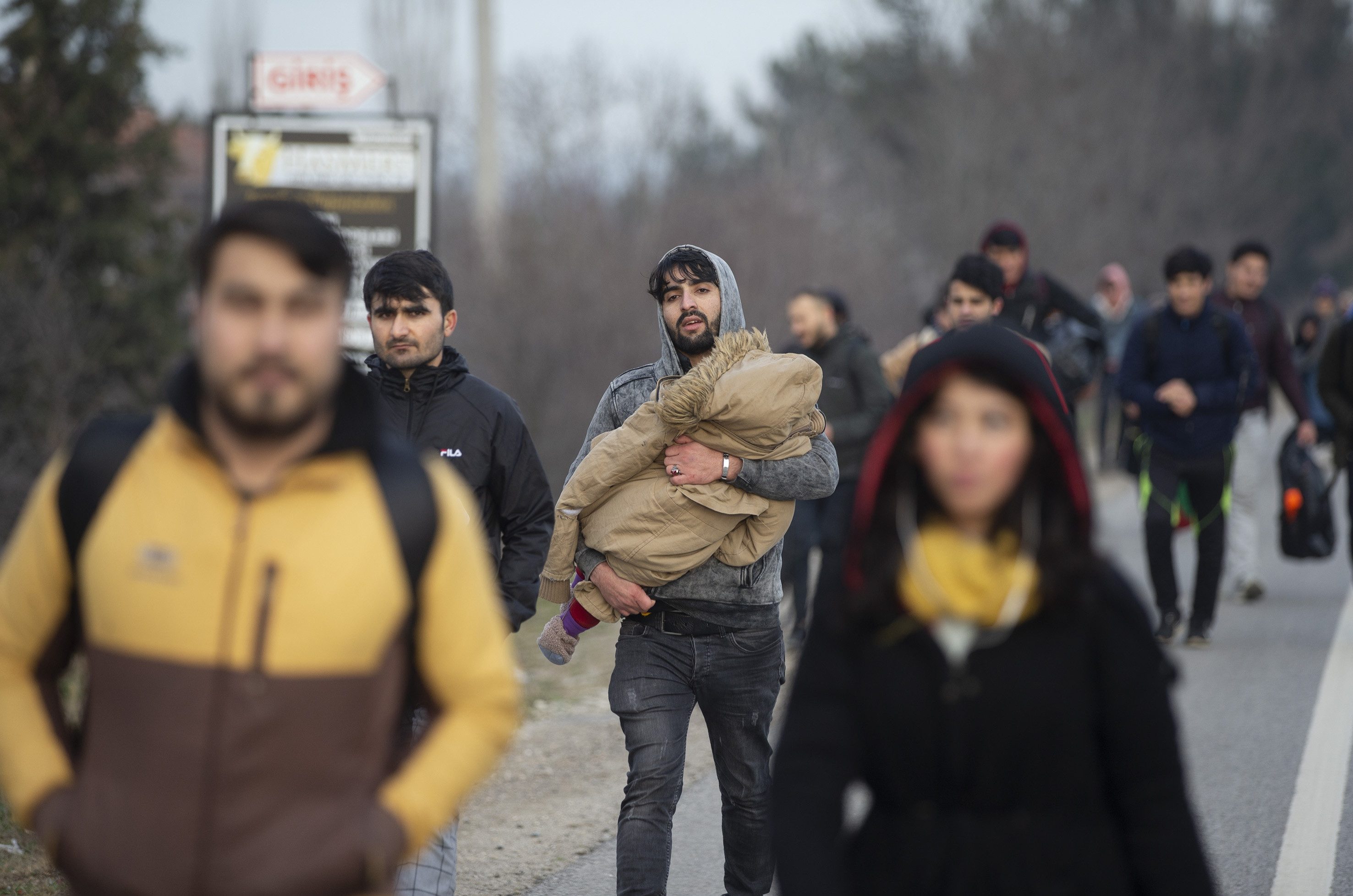 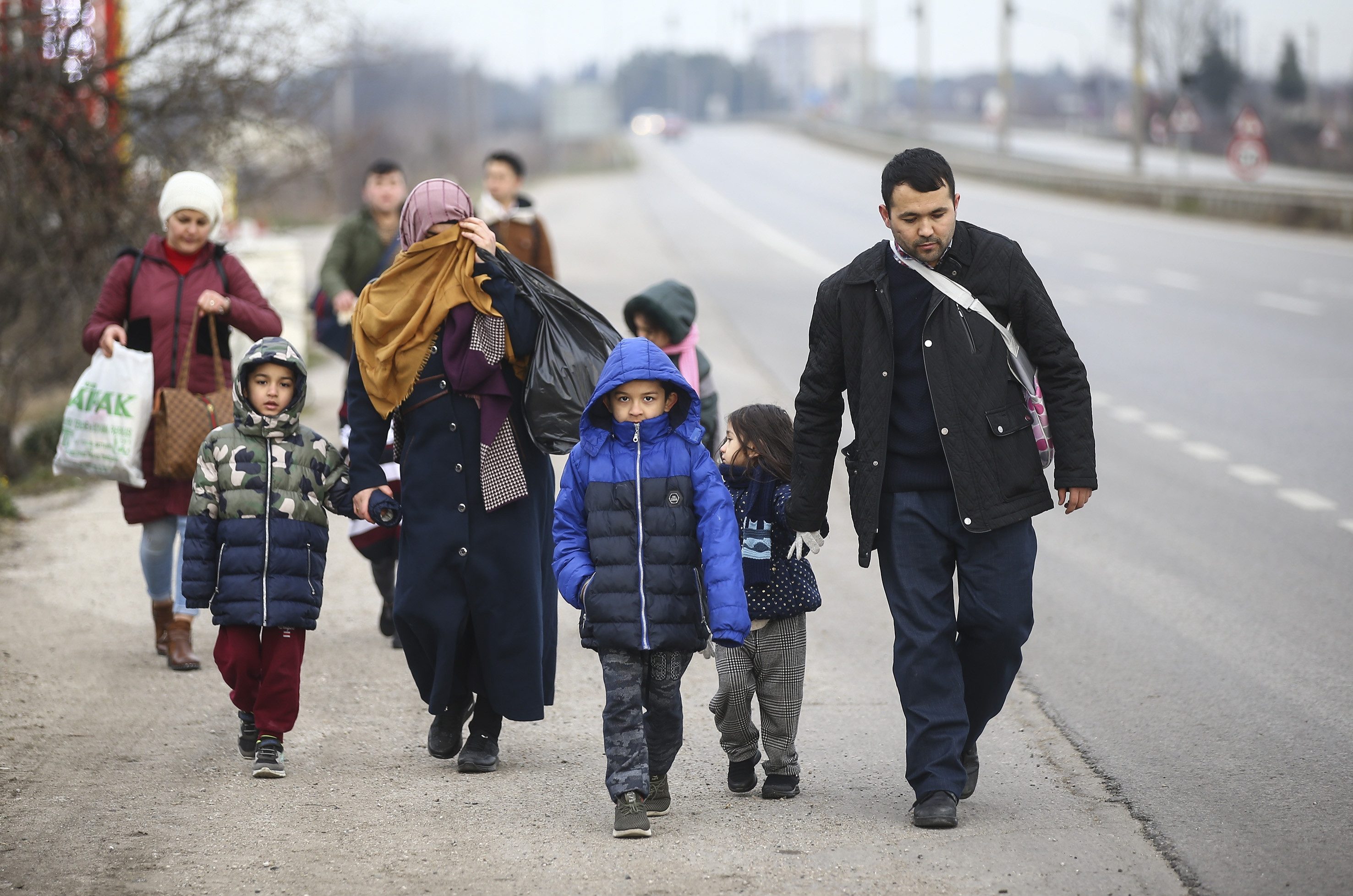 "We heard about it on the television," said Afghan migrant Sahin Nebizade, 16.

"We've been living in Istanbul. We want to go to Edirne and then on to Greece."

Meanwhile another group of 15 Afghan refugees successfully crossed on a dinghy from Ayvacik in the west to the Greek isle Lesbos.

Some 54 more sailed across on another small dinghy later and were helped ashore by aid workers.

It is the same route used by hundreds of thousands of refugees in 2015 and 2016 until President Erdogan agreed to stop the flow in a deal with the EU.

Greece said it was beefing up land and sea border security today, and Bulgaria is deploying the army.

Erdogan has repeatedly threatened to open the gates for 3.6million migrants into Europe unless Western nations offer more support.

Another one million civilians have been displaced in Syria near the Turkish border since December as the Russian-backed Syrian regime seized swathes of territory from Turkish-backed rebels.

Aid agencies say it has created the worst humanitarian crisis in the nine-year war. 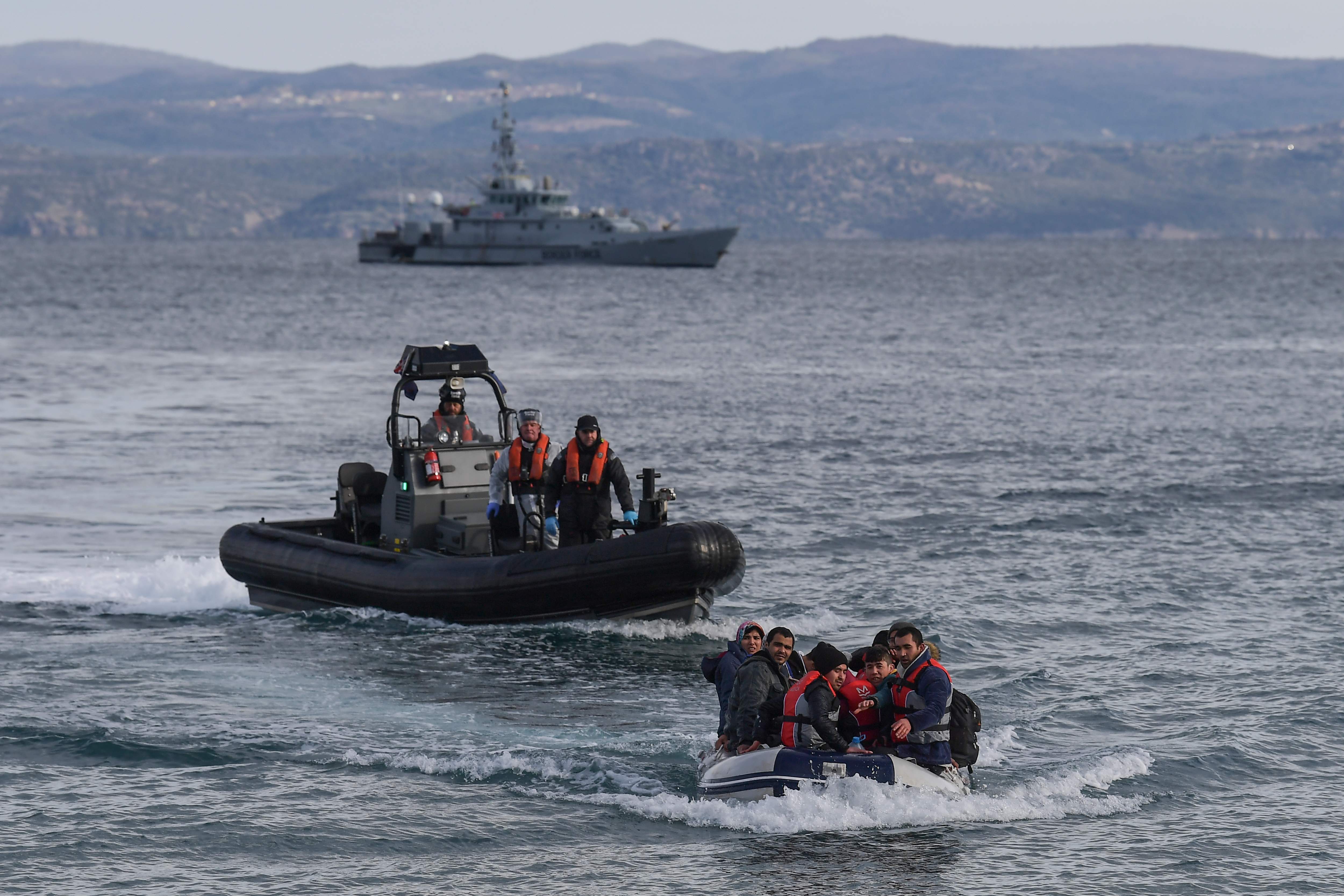 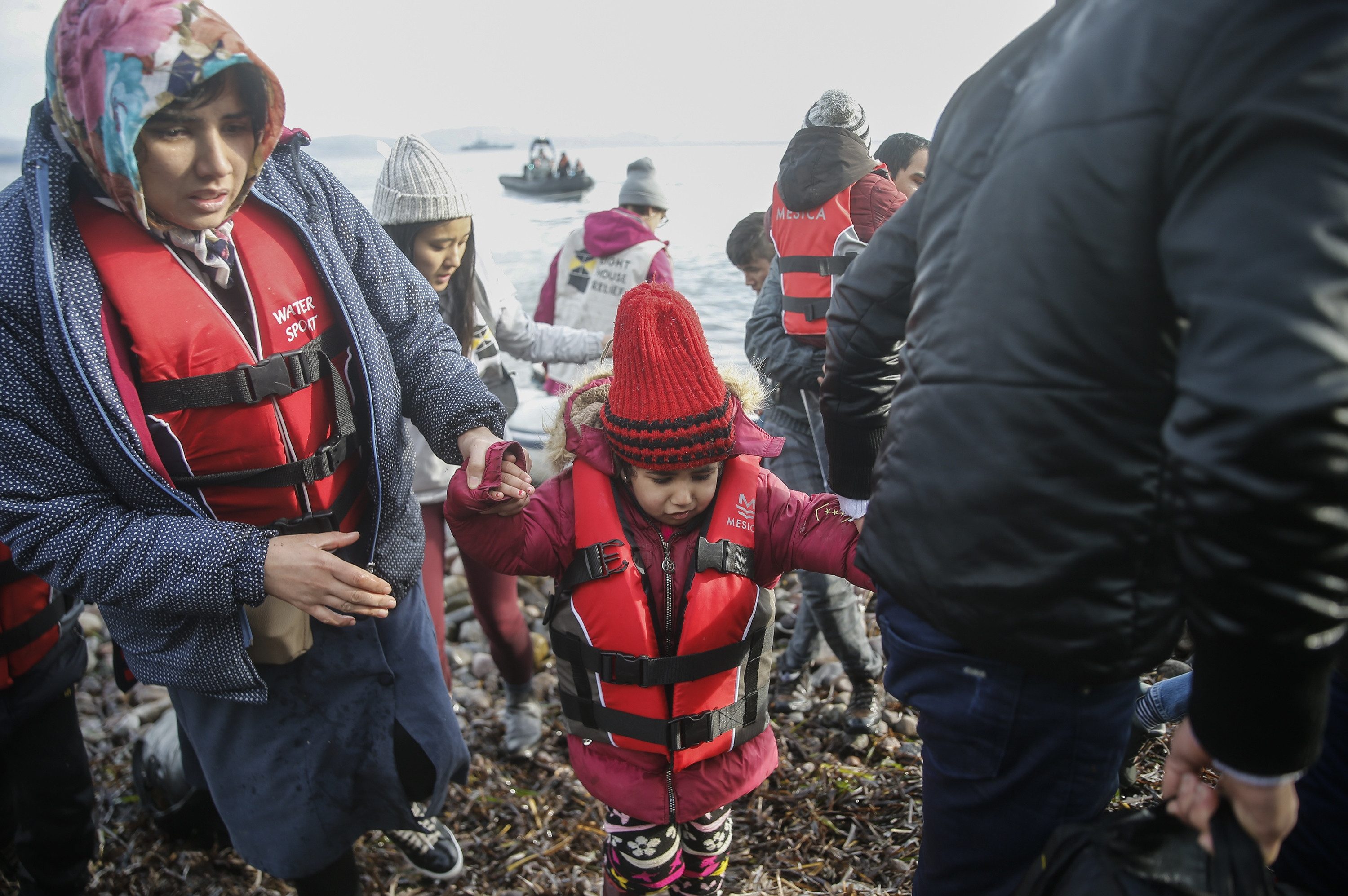 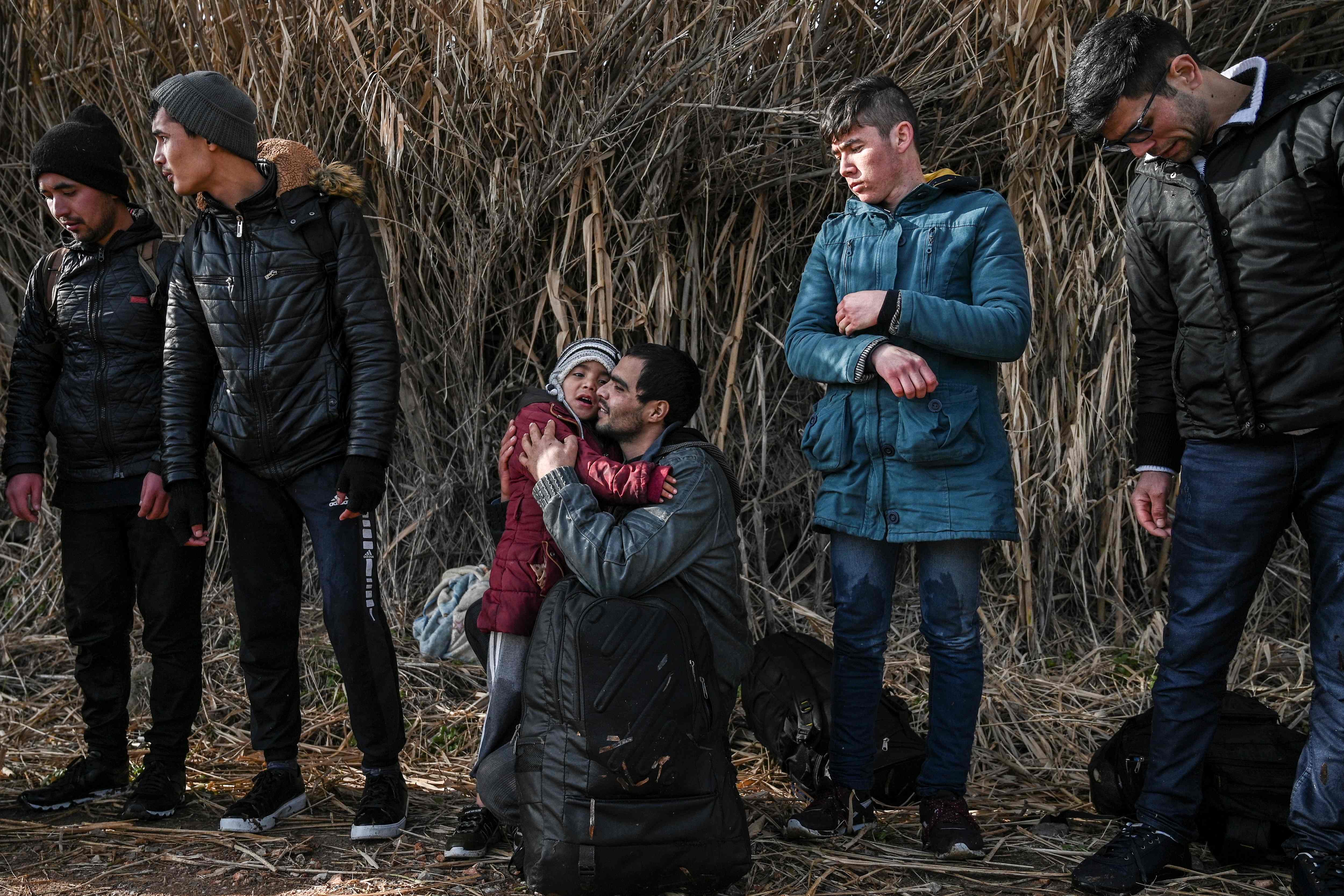 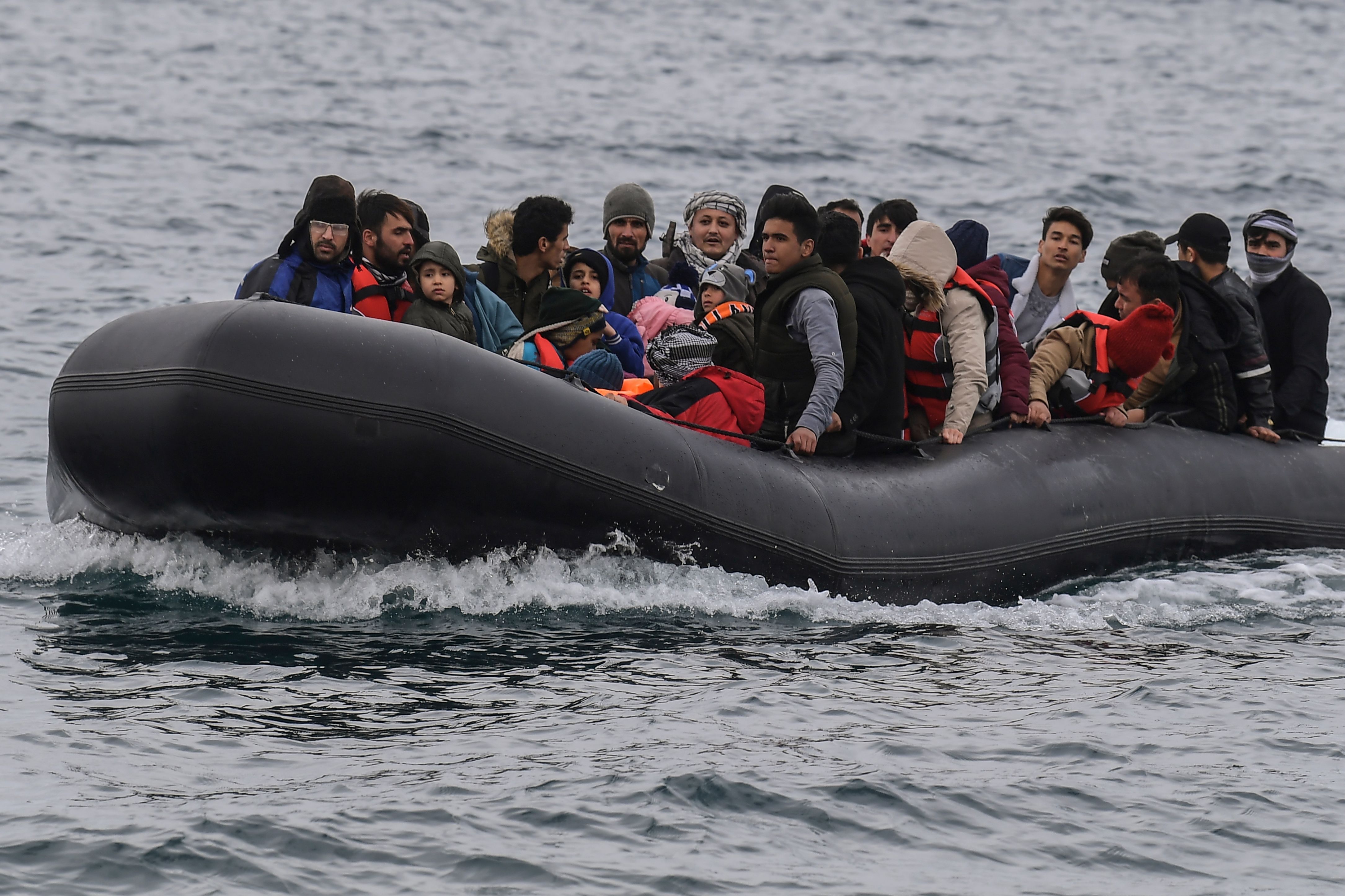 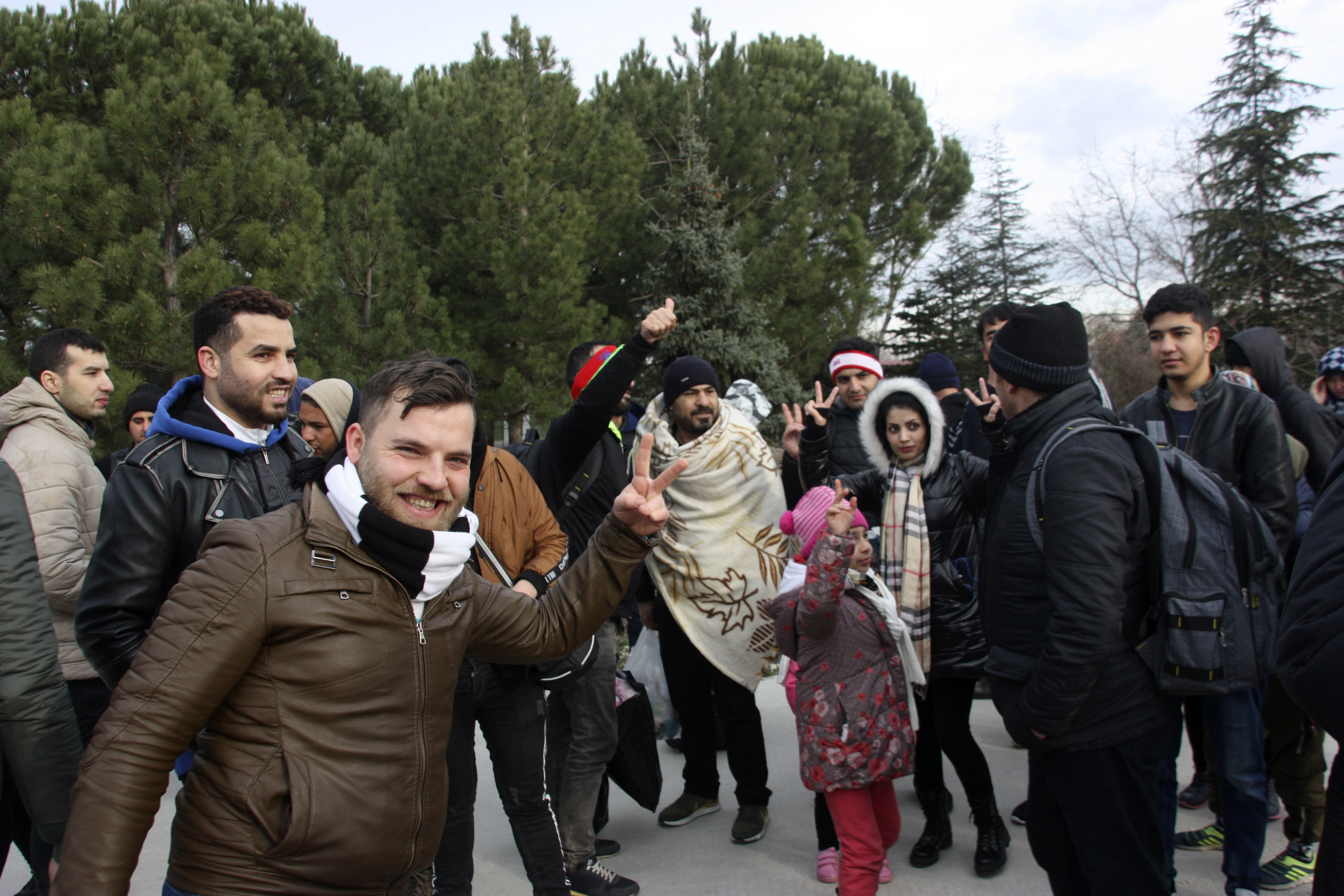 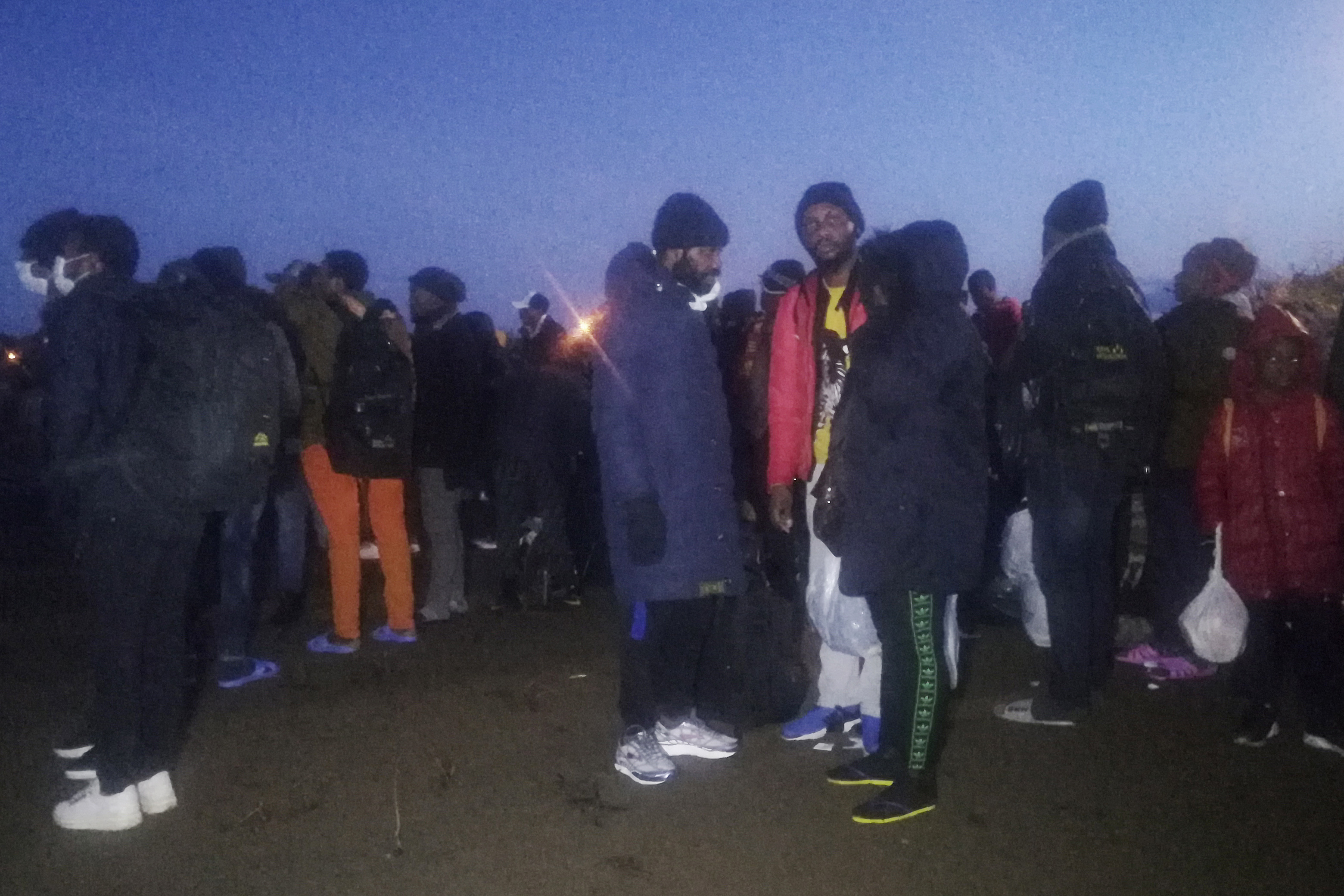 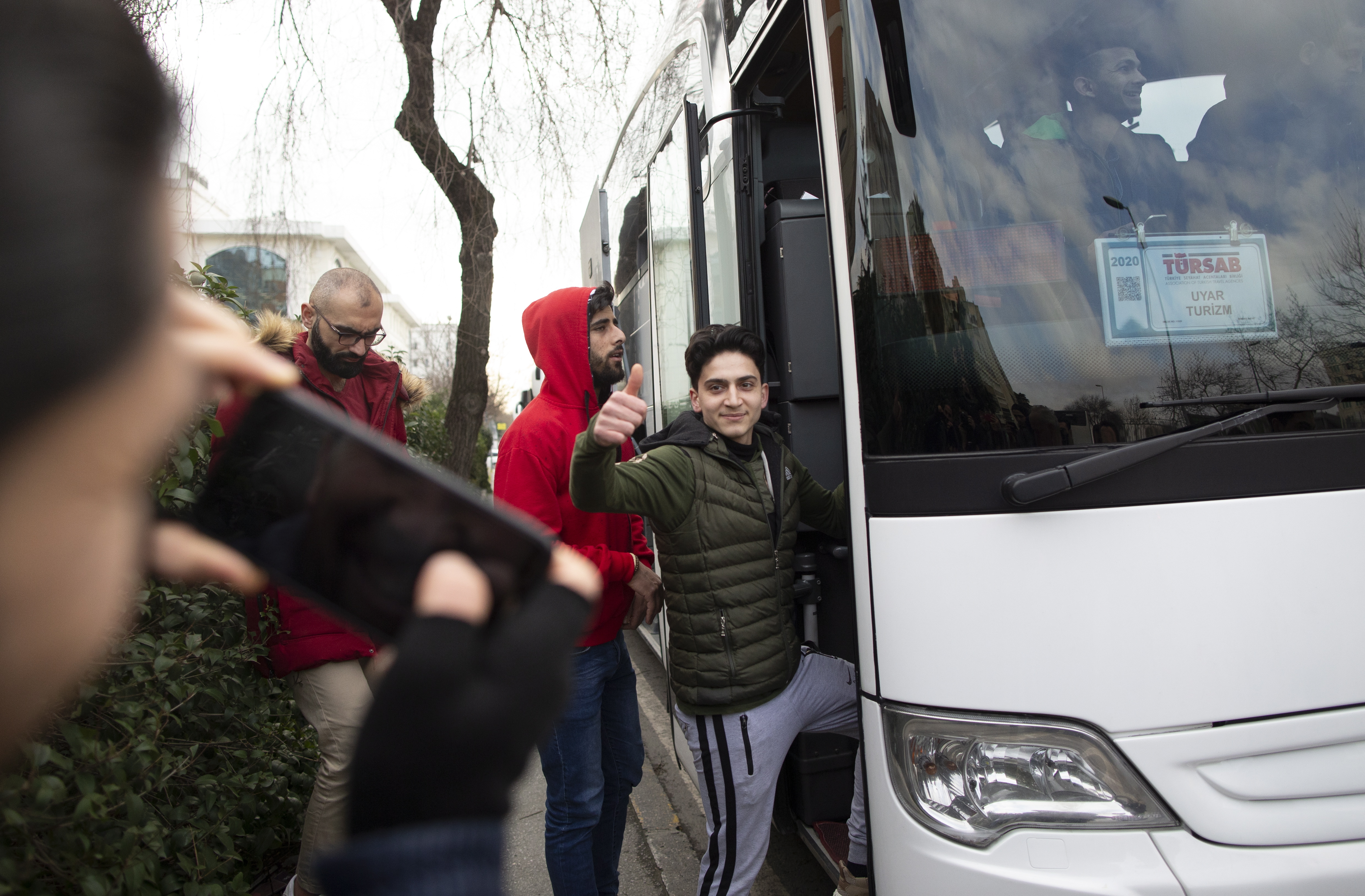 Turkey is demanding backing from Nato allies after yesterday's major escalation in the conflict ramped up tensions with Russia.

The aerial blitz on the villages of al-Bara and Baliun in the southern Idlib countryside was initially said to have killed 29 troops but the death toll rose to 33 overnight.

Moscow is sending two warships armed with cruise missiles to waters off the Syrian coast in a show of strength.

And an influential Russian MP warned any full-scale military operation in Idlib would "end badly" for Turkey.

The strikes came after Turkey-backed rebels retook a strategic northwestern town from regime forces on Thursday, cutting a key highway days after it reopened for the first time since 2012.

Despite losing the town of Saraqeb, Assad's forces made major gains to the south, capturing dozens of villages over the past including major rebel strongholds.

Dozens of civilians are also said to have died in heavy bombardment. 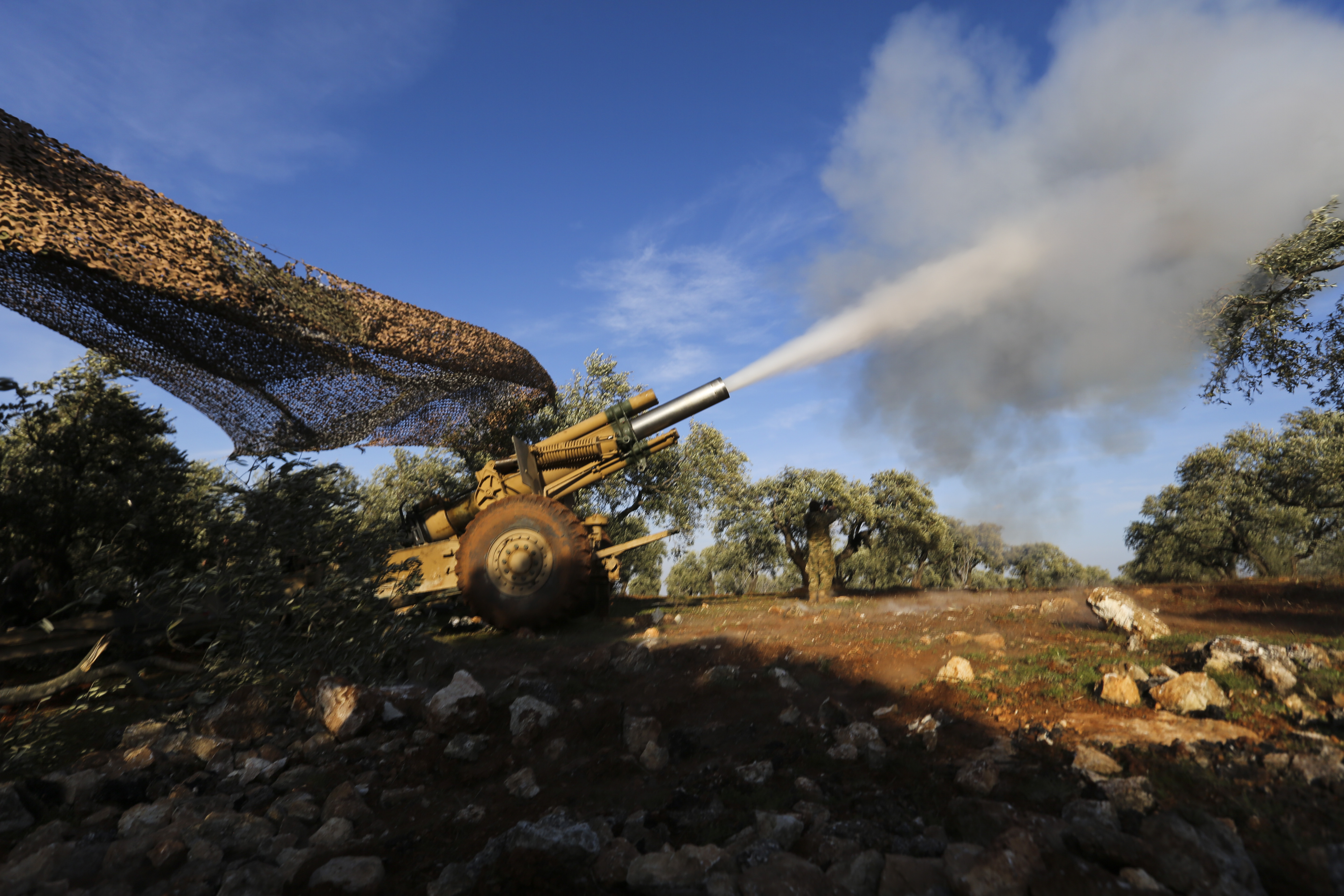 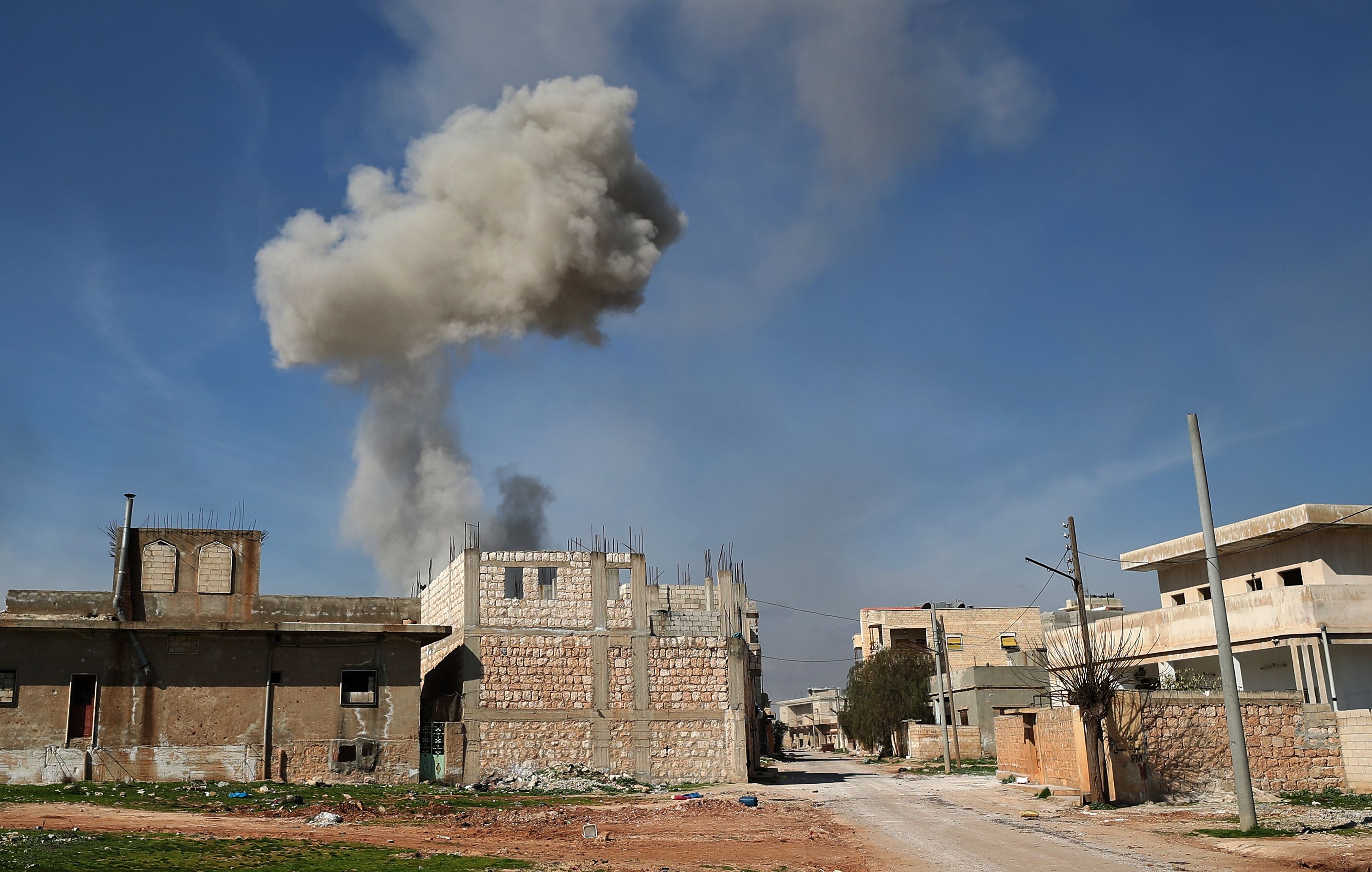 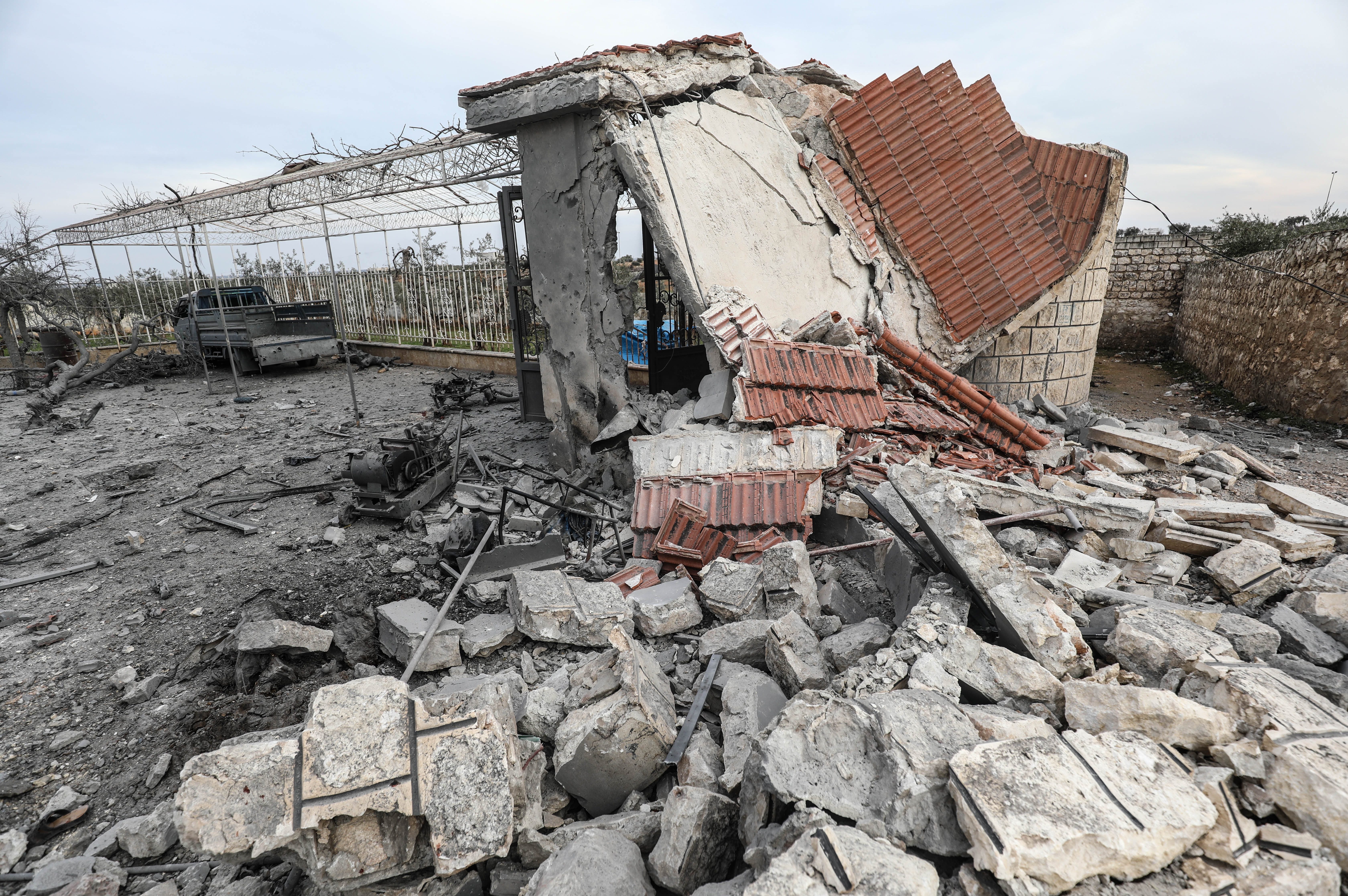