The Theraputic Goods Administration (TGA) yesterday rejected the application from Mind Medicine Australia to amend the current poisons regulations to allow for psilocybin – also known as magic mushrooms – and MDMA over concerns changing the rules could lead to more people misusing them. 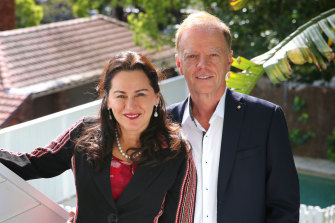 The Royal Australian and New Zealand College of Psychiatrists (RANZCP) and the Australian Medical Association were opposed to legalising the drugs, saying more high-quality research using larger scale studies must be completed in order to determine the safety and efficacy of the drugs for mental illness.

Dr Michael Winlo, the managing director of the Perth-headquartered company, said they would continue to progress a planned MDMA-assisted therapy trial for severe PTSD despite the TGA decision.

“We will continue to gather the ‘real world’ evidence regulators need to approve the use of psychedelics,” he said.

“This MDMA study will help answer some of the ongoing concerns from the TGA around reproducibility of previous trial results, short-term and long-term safety and also cost-effectiveness of these treatments in an Australian context.

“We also continue to work on developing new ‘MDMA-like’ drugs that may enable more patients to participate in therapy as well as help with other psychiatric or neurological conditions.

“There is a rapidly growing body of evidence that these drugs are very well tolerated and can deliver significant benefits for some patients.” 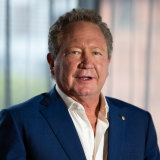 Dr Winlo said faster progress could have been made into studying the effectiveness of the two drugs if the TGA had down scaled its classification to Schedule 8.

“However, the path forward is now clear: researchers, innovators and government need to work together to build the evidence the TGA expects to see,” he said.

“If we do that well, rescheduling will be back on the agenda.“

“In our view, the medical use of both psilocybin and MDMA within controlled medical environments by trained professionals should come squarely within Schedule 8 of the Poisons Standard.

“This is a view echoed by the many researchers and medical practitioners who supported our rescheduling applications.

“This leaves little hope for them.“

However, Edith Cowan University lecturer in addiction Stephen Bright said while late-phase clinical research around the world had delivered promising results, the standards of evidence required for formal approval still need to be met.

“My concern was that the application for rescheduling, as submitted, did not go far enough to ensure adequate clinical governance for the use of these powerful therapeutic drugs,” said Dr Bright, who is also the founding member of non-profit psychedelic-research group PRISM.

“Without an established and integrated system of clinical governance for the provision of psychedelics, rescheduling alone may open the door to unsafe and unethical practices.

“Appropriate training in this novel and paradigm-changing approach is still broadly lacking – even among mental health professionals.”

In its published decision, the TGA outlined similar concerns about the use of MDMA and psilocybin in clinical settings but concluded both showed promise only when administered in closely clinically supervised settings and with intensive professional support.

It said both drugs pose a high risk of both acute and long-term effects if abused or misused.

The TGA said the drugs remaining as Schedule 9 meant a high level of control could be maintained through prohibition of access and supply to minimise risk of misuse or diversion into illicit activities.

“Down-scheduling could be further considered if there were more evidence of therapeutic value from such clinical trials,” the statement read.

“There are still provisions for clinical trials by approval of Commonwealth and/or state or territory health authorities, with the potential to obtain further evidence which could inform future application for the down-scheduling of psilocybin and MDMA.”